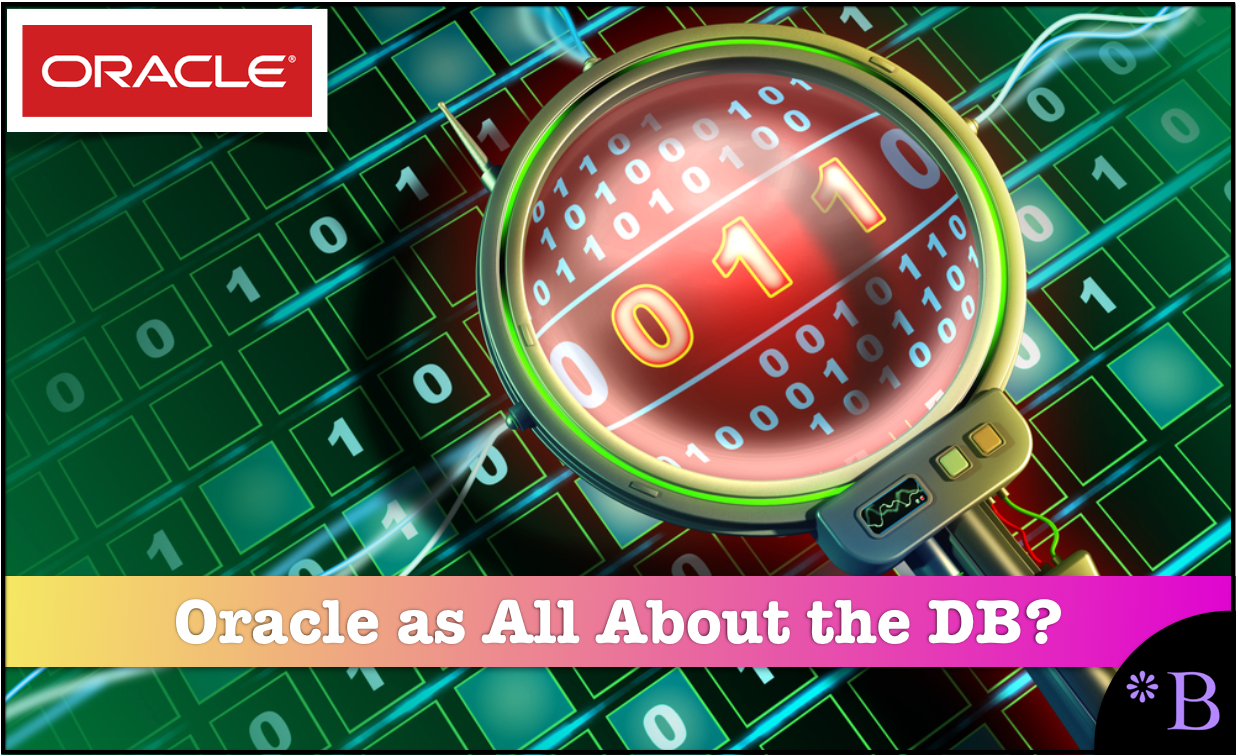 On Mar 15, 2016, Fortune published an article titled, For Oracle It Still Boils Down to the database. In this article, we will evaluate the accuracy of this Fortune article.

“For Oracle, another earnings call has come and gone, and to a large degree it’s the same old story. As the company continues its cloud computing push against software competitors like Salesforce (CRM, +1.09%) and infrastructure giants like Amazon (AMZN, +0.22%) Web Services, it’s still the database that matters most.

With a healthy customer base using its accounting software (known as enterprise resource planning or ERP in industry-speak) and human resources tools, Oracle (ORCL, +0.25%) still milks its cash-cow, a relational database that most of the Fortune 500 have used to run their vital operations over the past couple of decades.”

True. Oracle receives 55% of its profits from its database business.

Oracle Is the Gold Standard?

“People say a lot of stuff about Oracle, but its database remains the gold standard,” said Gartner (IT, -1.09%) managing vice president Charles Eschinger. As a result, the shift of that business from Oracle databases running on customer servers to operating on Oracle’s cloud is a critical transition for the company.”

True. However, Oracle’s database business is being eroded by open source databases. This is shown in the following graphic.

“In the public cloud model, one company, in this case Oracle, aggregates server power, storage, and networking, which it uses to run many customers’ applications. That way the customers don’t need to build more of their own data centers.

But, if those customers decide that, while they’re moving, they might as well try out someone else’s cloud, database, or both, then Oracle would be in a heap of trouble. This is not just a theoretical: You can run Oracle’s database on AWS or on Microsoft (MSFT, +2.49%) Azure clouds, if you desire.”

True. Something that is undiscussed and missed by Wall Street is that moving to the cloud increases competition. AWS offers the ability to test various databases, which means that sales will have less of an impact on the databases selected in the future.

“On Oracle’s third quarter earnings call Tuesday, co-chief executive Mark Hurd said more than 350,000 customers run Oracle database in their own data centers, and all of them may migrate some or all of their workloads to Oracle’s cloud at some point. You can quibble over customer count, but no one disputes that Oracle has a boat load of database customers which is why every other tech company is trying to pick them off.”

That is a mighty big assumption. Mark Hurd should probably differentiate between what he would like to happen to what will happen. Some of those customers will switch from Oracle.

How the Cloud Increases Competition

“The database, as mentioned, is the lifeblood of enterprise applications of all types. Swapping out one database for another, has never been easy, which probably accounts for Oracle’s longevity in big accounts—even after years of attacks from Microsoft SQL Server, IBM (IBM, +0.09%) DB2, and now Amazon’s Relational Database Service (RDS) which runs different flavors of databases.”

This is a major reason for Oracle’s longevity on large accounts. But the growth in databases is more in No-SQL, and companies are moving to open sourced databases in large numbers. This is a trend that is larger than Oracle.

“In fact, Oracle’s staying power is probably one reason Microsoft recently announced plans to put SQL Server (or at least core bits of it) on Linux. Oracle’s databases have long run on Linux, the popular open-source operating system which competes with Microsoft SQL Server.

It may also be why Amazon announced Tuesday, in an expedient bit of timing, that the database migration tool it previewed last October has been used by 1,000 customers to move their databases to AWS. At least one of those customers, Thomas Publishing, was apparently an Oracle shop. Microsoft unveiled its own aggressive Oracle-to-SQL Server exchange program last week.

As for Oracle’s third quarter, sales of new software licenses for products that run on-premises fell 11% year over year. That on-premises category makes up 70% of Oracle’s overall revenue, so there’s reason for concern there.

On the plus side, the company said sales of cloud products falling under the “platform as a service” and “software as a service” categories were up a healthy 61%. But that’s still a much smaller business.

Oracle co-founder and chief technology officer Larry Ellison said the company is prepared for the battle. “A lot of people have come after us in databases,” he said. “We’re very comfortable defending our leading position in the database market.”

Perhaps. But that is not what the numbers show. The figures show that Oracle will fall off of its long-held perch as the top database in the next year. This is covered in the article Is Oracle in Trouble?

“Ellison also cast shade on claims that database migrations can be easy. “If you want to go to Amazon database, you have to rewrite your app,” he said. Amazon says its tool can sweat much of the angst out of these moves. The truth probably lies somewhere in the middle.”

Why is that true? Seems like FUD on the part of Larry. Larry would like this to be true as he wants to keep his customers locked in. There are adjustments to move to, say PostgreSQL, but it is nothing like rewriting the app.

Oracle Wants Customer to Migrate to the Cloud?

“On the call, Oracle co-chief executive Safra Catz expressed confidence that databases—and database customers—will stick with Oracle regardless of their cloud plans. “We’d be thrilled if every one of our database customers came to our cloud instead of running on premise,” she said. “That would be fabulous.” But she added that some will likely put new applications and the test and development of new applications in the cloud, while keeping older apps running internally.”

Nothing new in that comment, but we disagree with Safra on this point. Companies that move to the cloud are far more likely to move away from Oracle. This is the problem in the direction that Wall Street is pushing Oracle and other vendors. It subjects them to more competition and more price comparison and feature comparisons. Wall Street prefers monopoly and lock-in because that maximizes profits.

“If those customers do go to Oracle’s cloud, the company will handle the hardware, support, upgrades, and labor. That means they’ll pay more in support fees but will still end up paying less in total because of the “massive economies of scale we have,” Catz noted. “Some will stay on prem indefinitely and that’s fine,” she added, using the slang term for “on premises.”That sounds like a nice story, but in the end, it may be one that some database shops find hard to swallow.”

Maybe. But Oracle is not as effective in the cloud as it is on premises. I would not expect the on-premises vendors to transition their dominance to the cloud so easily. This creates new opportunities for up-and-coming database companies. I just recently was exposed to a fantastic database in Airtable and am transitioning my databases to it. Airtable is obviously not Oracle, but the point is that the cloud is opening up the database market to more choices and more competition than it has ever seen.

Fortune receives a Brightwork score of 5.5 out of 10 in the article. The areas that are off are how Oracle’s statements are presented as if they are always true. Therefore, the article serves as, in essence, an endorsement for the statements of Oracle executives rather than analyzing the statements.