Feminists have formed a bizarre alliance with Muslims. Muslim societies have partial Sharia as part of their laws. It is unclear how much feminists understand about Sharia. So this article exists to help them learn and see if it is right for them.

Some of the Rules Around Sharia

Most Sharia sources suffer from not being an enumerated list, making it difficult to keep track of exactly what is illegal and the punishments under Sharia.

The following table outlines some of the more common Sharia rules or laws.

What Islam Says About Women Through Sharia

This video describes how Brunei has implemented Sharia. The Sultan of Brunei asks only that you respect their right to implement the Sharia as it is their religious freedom after all. George Clooney critiqued Sharia’s passage but stopped short of saying anything “racist and gross” about Islam. George Clooney may not be aware that Sharia is in some way related to Islam.

Are Muslims Right that it is Time for Sharia for Western Countries and for Western Feminists?

Many Muslims often present Sharia as a magic solution to society’s problems. Many Muslims who have immigrated to the west proclaim that it is only a matter of time until Sharia is the land law in these countries. However, Muslims often mislead western audiences into thinking that Sharia is just doing small things like not eating pork and not paying interest on loans.

What is Feminism Again And Who Does it Aim to Protect?

How confused are feminists on topics related to non-white initiated female exploitation?

During The Woman’s March in 2016, which was primarily a protest against Trump’s election for his misogyny, Linda Sarsour, a Muslim, was introduced as a speaker. Linda Sarsour is a Muslim and supports Sharia, which she has said she wants to be instituted in the US. Feminists can’t get enough of Linda Sarsour. Furthermore, western audiences are typically very hesitant to critique Sharia because critiquing anything Muslim is “racist and gross.” Feminism in the US has aligned itself with Islam, apparently attempting to fight the patriarchy and its oppression in European-based countries.

We are not the only ones to observe the absurdity of a Muslim speaking at a Woman’s March.

This hypocrisy is best demonstrated through the likes of women marchers led by Linda Sarsour.
“How can a woman that celebrates the antisemitic, anti-woman, anti-LGBT Louis Farrakhan lead a liberal march?” asked Mohammed. “She stands in conservative religious clothing claiming that she stands for progressive values; she says we should not humanize Israelis while she claims that Palestinians are being dehumanized; she is best friends with terrorists such as Rasmeah Odeh, while pretending that she is all about peace and humanity.” – Jerusalem Post

Feminists that arranged The Woman’s March could not observe the fact that Islamic countries score the worst for their treatment or women, making it ridiculous for an Islamic speaker to be included in the “festivities.” While most likely screamed at if I attended (for denying that there are biological differences between men and women perhaps), Muslims are welcomed at feminist celebrations with open arms. It would seem that people who think women should be stoned to death could be excluded from the Woman’s March — but on the other hand, Linda Sarsour has stated to Muslim clerics that she is more of a “marketing front end” and is not exactly a Muslim scholar. So she may not know. 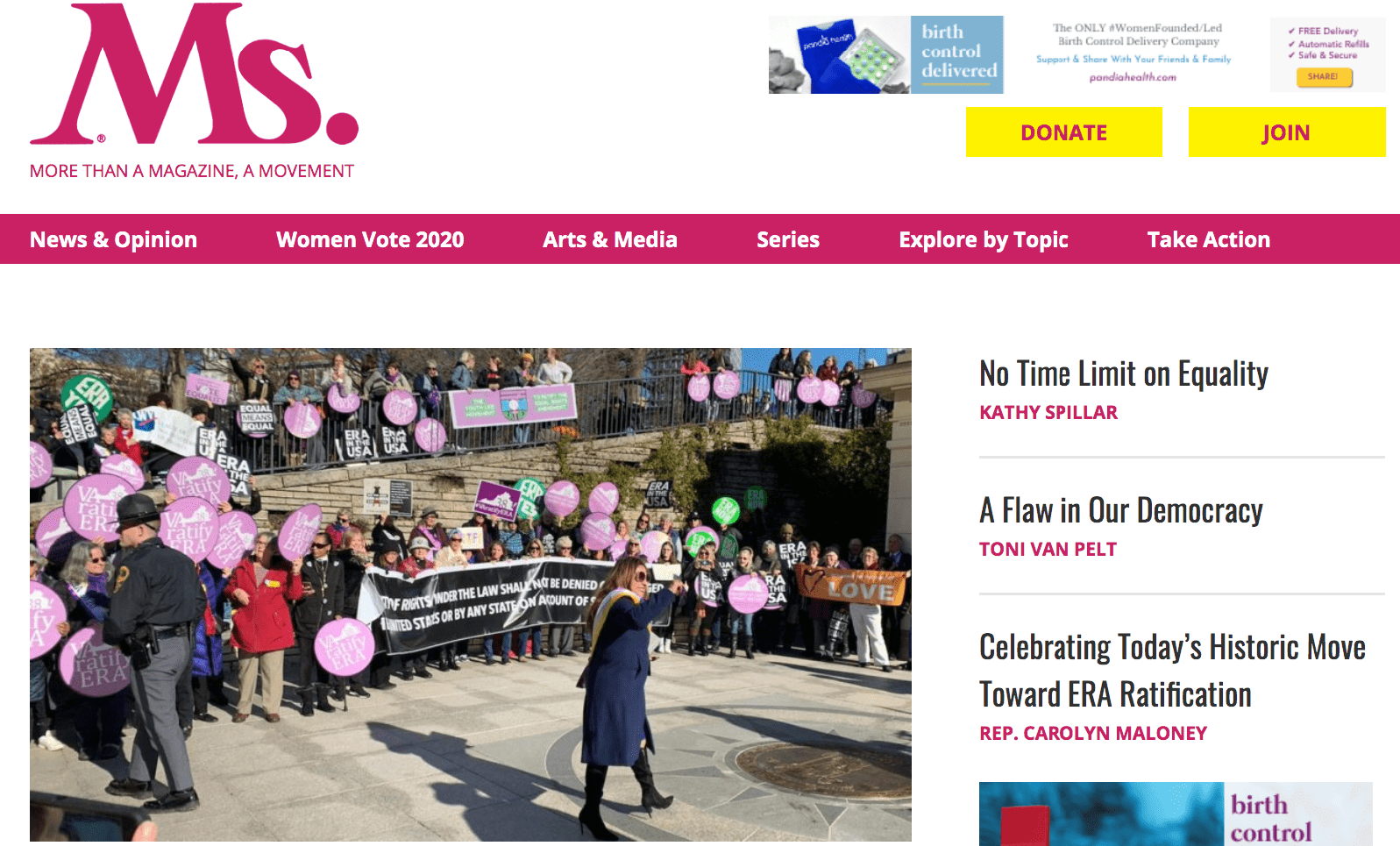 We checked the MS Magazine website, and we found that nearly every article had to do with women’s issues in developed or white countries — the exact places where women already have the greatest freedom and equality. MS Magazine is apparently much less interested in areas of the world where the most significant disparity exists between women and men.

Are You a Woman Who Found Sharia Appealing After Reading the Sharia Table?

If you found any of the rules and punishments in the table appealing, you are either Muslim, and this is perfectly expected — as a denial of Sharia would mean under Islam that you deny Mohammed as the perfected Muslim. This means you are an apostate. (See the table for what happens to apostates).

But if not — contact us because we have the phone numbers of highly trained mental health professionals, and you need to be put into contact with one of them.