Video Introduction: How to Best Perform Backflushing in SAP ERP

Inventory ops have the following helpful definition for backflushing:

“Backflushing is simply an inappropriate and misleading term used to describe a method for issuing materials to production orders at the point that production of a specific operation is completed.“

I particularly like the way that Dave Piasecki essentially renames backflushing as postproduction issuing, which is a much more descriptive term, which of course, is the purpose of picking a term, to begin with.  He then sets up the term “preproduction issuing“ as the usual way of issuing and the opposite of backflushing.

In other areas of his article, Dave gets into more detail.

There are several advantages to backflushing:

There are production scenarios where the amount of scrap is not known until production is complete. Therefore, for production operations with significant and variable scrap percentages, backflushing will provide better inventory accuracy.

Backflushing is better for long production runs, such as for repetitive manufacturing environments. As Dave points out,

Preproduction posting takes the materials out of the on-hand inventory balance days or weeks before they are used and puts the dollar value into a WIP account.

However, WIP is hard to track.

The assumption is that the posting of quantities is performed periodically through the run rather than at the end of the run.

Again, for a repetitive manufacturing environment involving bulk materials such as Dave says..

Something that is well pointed out by Dave is that backflushing or postproduction issuing can be changed depending upon the level in the bill of materials.

Backflushing is generally not a global setting, which means you can chose specific bills of materials to backflush and even specific items within a bill of material. For example, you could backflush only point-of-use items and perform preproduction issuing on other items within the same production order.

Something else interesting is that labor, as well as materials, can be postproduction issued.

Backflushing labor is simply using the quantity produced information and the standard labor, machine, and setup hours in the routing to calculate labor and machine time to apply against the production order.

Dave also makes a statement regarding postproduction, issuing that I don’t think would have occurred to me.

Contract manufacturers and engineer-to-order manufacturers may find system setup too extensive or bill of material accuracy inadequate to support backflushing.

Backflushing is set in three places in SAP ERP.

This allows a company to set backflushing for the entire BOM or just the BOM levels (by setting the backflush indicator at the material).

Where is Backflushing Performed?

For those companies that use SAP APO alongside SAP ERP, it is misleading to think of backflushing as an APO functionality as it is entirely performed in SAP ERP because it is a feature of execution rather than planning.

Let us review the relevant settings. 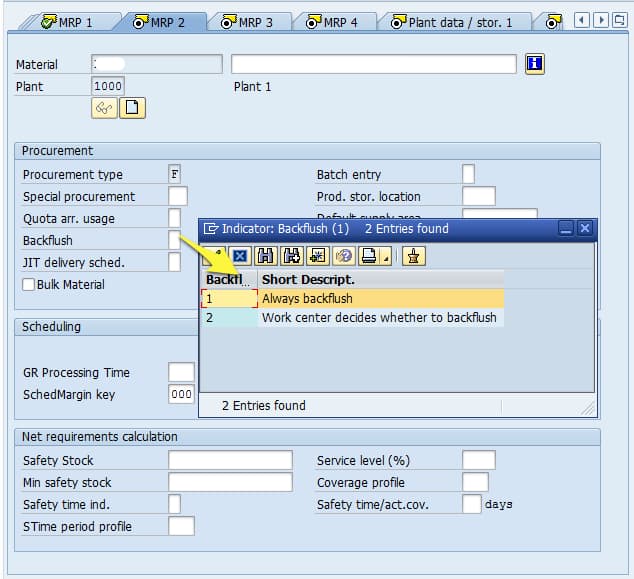 Setting two delegates the back flush to the work center.

Here is the setup of backflush in the work center. 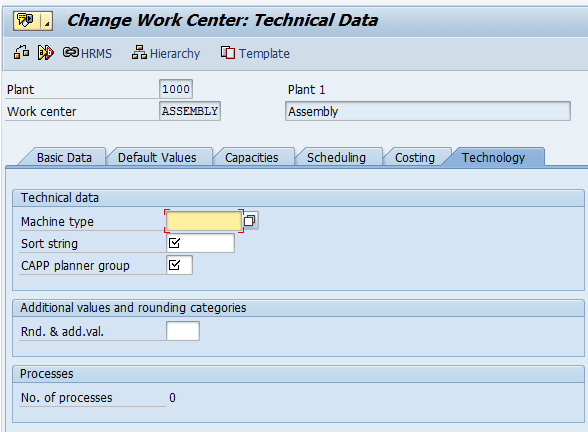 Repetitive manufacturing in SAP ERP has something called separated backflush, a separate transaction, as can be seen from the Easy Access Menu. 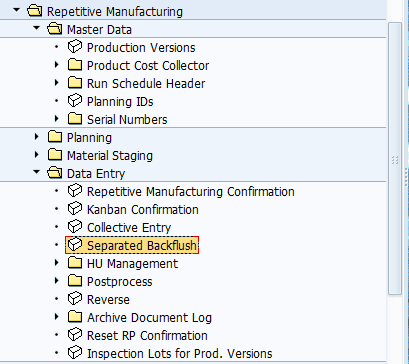 Which takes you to this screen. 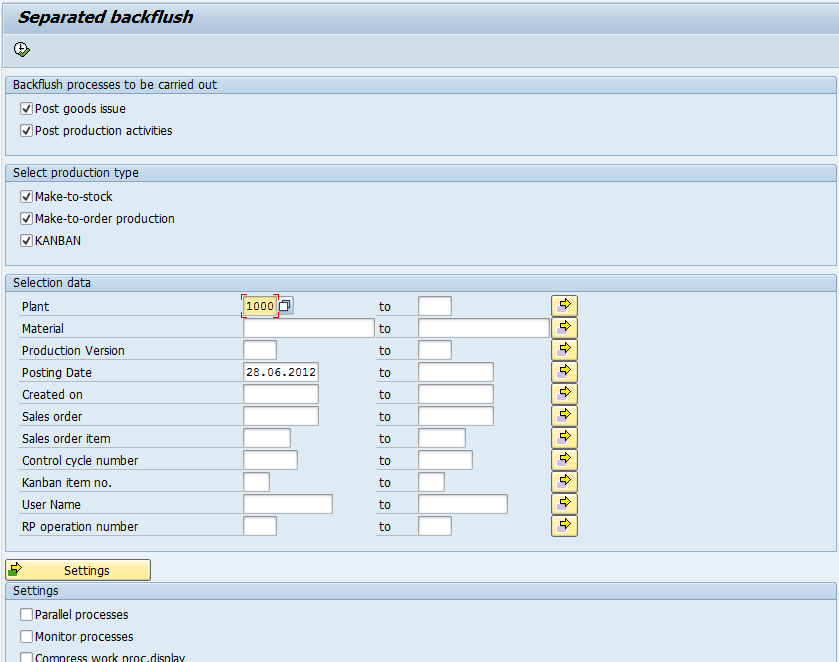 Considering the Effect of Backflushing on Accounting

The need for issuing postprocessing receipts is also reflected in backflush accounting, which, like with issuing, the costing is delayed until the production is complete.

Backflushing is a strangely named function for what is essentially postprocessing issues of the material. I have given it some thought, and I cannot figure out how the person that named it this thought this would be a good name.