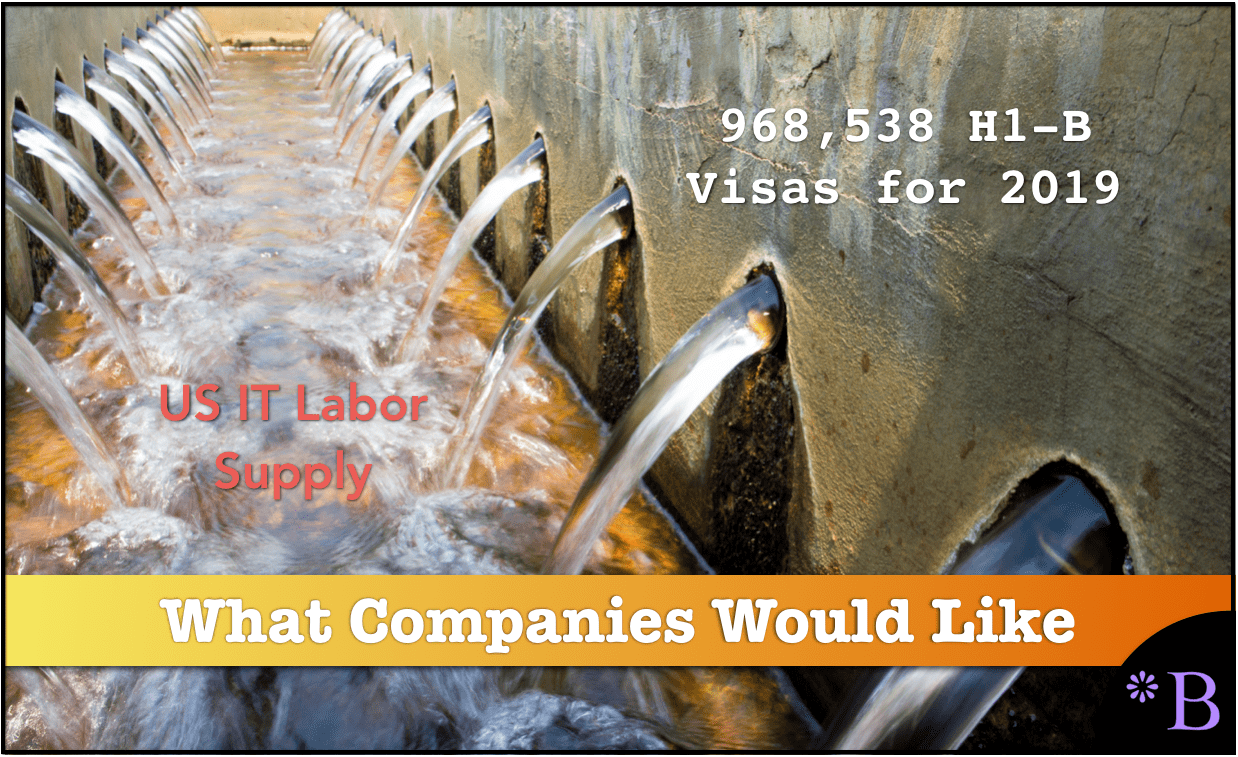 The H1-B issue is discussed with as little reference to numbers as possible. We cover in the articleHow the H1-B Program Understates The True Number of Yearly H1-B Visas, how the numbers published about how many H1-B workers are coming into the US labor market every year are deliberately understated in order to try to minimize criticism of the program.

Something else unpublished and undiscussed is how many H1-B workers companies would bring over to the US (mostly from India) if they were allowed.

How Many H1-B Petitions Were Filed?

A study published by Daniel Costa and Ron Hira in the Economic Policy Institute titled H-1B visas, and prevailing wage levels found the following concerning petitions for H1-Bs that were filed in 2019.

In fiscal 2019, 968,538 H-1B positions were certified through LCAs. However, it is important to note that not all certified positions in LCAs go on to become approved USCIS petitions that ultimately allow employers to hire H-1B workers; every year there are many more positions certified by DOL than the ultimate number of H-1B petitions and work visas that are approved, because employers may decide not to use the certified positions from an LCA in a petition (application) for a worker, or the subsequent petition might be denied by USCIS, or the employer may not be allowed to petition because of the H-1B visa’s annual numerical limit.8

The total number of H-1B petitions approved for H-1B workers by USCIS in fiscal 2019 was 389,323, which includes approved petitions for both initial (new) and continuing employment.

The number of Indians working in the US has reached overwhelming levels, where it is now common for 1/2 of the IT department in companies to be Indian.

Yet the statistics show an even greater demand for H1-B workers.

Companies are claiming that their need for skills is so great, and there is such a shortage of skills (as the H1-B visa is designed for people who have skills that cannot be found or trained in the US) that they need to bring in nearly 1 million foreign workers. This is on top of the foreign workers that would be brought in under the other foreign worker visas such as the L1.

This is clearly ludicrous as there are only 155 million employed people in the US.