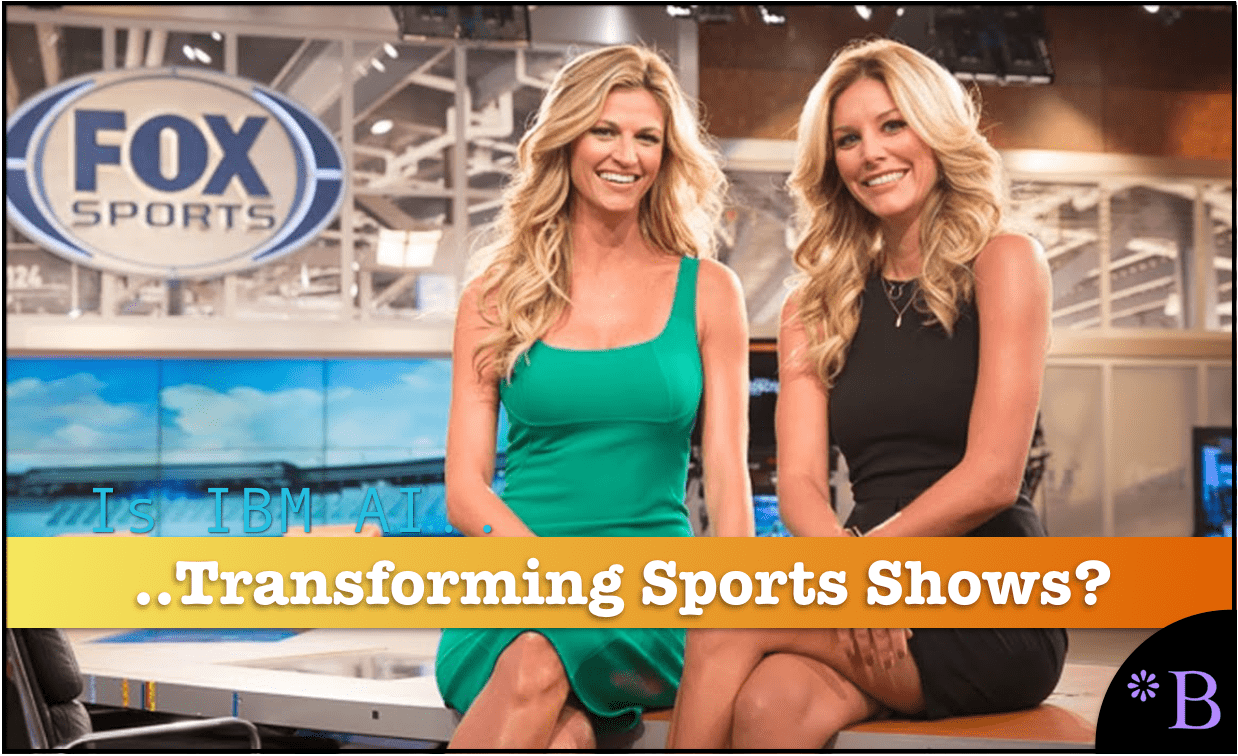 This video proposes that IBM is critical to helping perform analysis on Fox Sports shows with Charissa Thompson.

The problem is that when reviewing Charissa Thompson’s contribution to various Fox Sports programs, she appeared to be the eye candy for the men watching.

This usually is the case on sports shows, where an attractive female host is used to introduce an intermediate between the actual content providers, which are the ex-players and ex-coaches.

Of course, the For Sports programs are sponsored by IBM, so some storyline had to be concocted for why IBM Watson is so amazing for sports reporting.

These are clips of Charissa wearing a short skirt and high heels on Fox Sports shows. It is unclear if the short skirt is somehow connected to IBM Watson AI.

Was AI Used in This Clip?

Does this look like an intellectual endeavor? Does it require a lot of number crunching to play a game where one tries to hit a target with a football?

Was Waston used to provide analytical support for Charissa in this video? Another observation is that Charissa is again wearing a tight dress. This seems to be a pattern with Charissa.

One wonders if the predominantly male football viewers favor these tight dresses or if their appearance on the show is merely random. More research is necessary.

Nothing against Charissa, she seems like a nice lady. However, my dated human intelligence (not artificial intelligence that is) tells me that IBM’s Watson has less to do with the effectiveness of Charissa Thompson at Fox Sports than her appearance, clothing selections, and bubbly personality – which might explain her appeal to the target audience of Fox Sports.