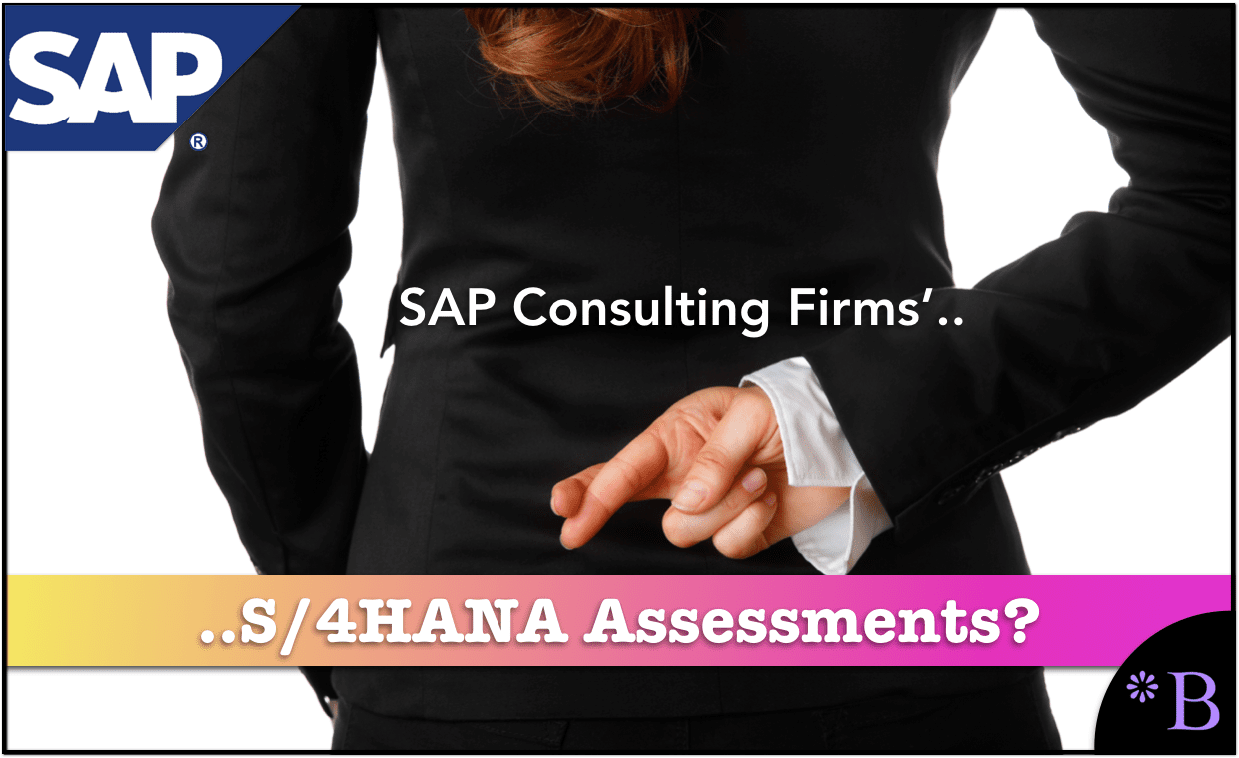 Brightwork Research & Analysis has tracked for roughly five years exaggerated and inaccurate claims made by SAP and SAP consulting firms around S/4HANA. (see the article list at the end of this article for a specific section on a wide variety of S/4HANA topics). The claims have been constant and constant in their exaggeration. All of these claims made by the SAP ecosystem and by paid-off IT media are based on making sales and this identical information coming from so many members of the ecosystem creates an echo chamber. You will see our analysis of the claims made by SAP and the SAP ecosystem.

Let’s review some of the S/4HANA Assessments as advertised by SAP and various consulting companies. 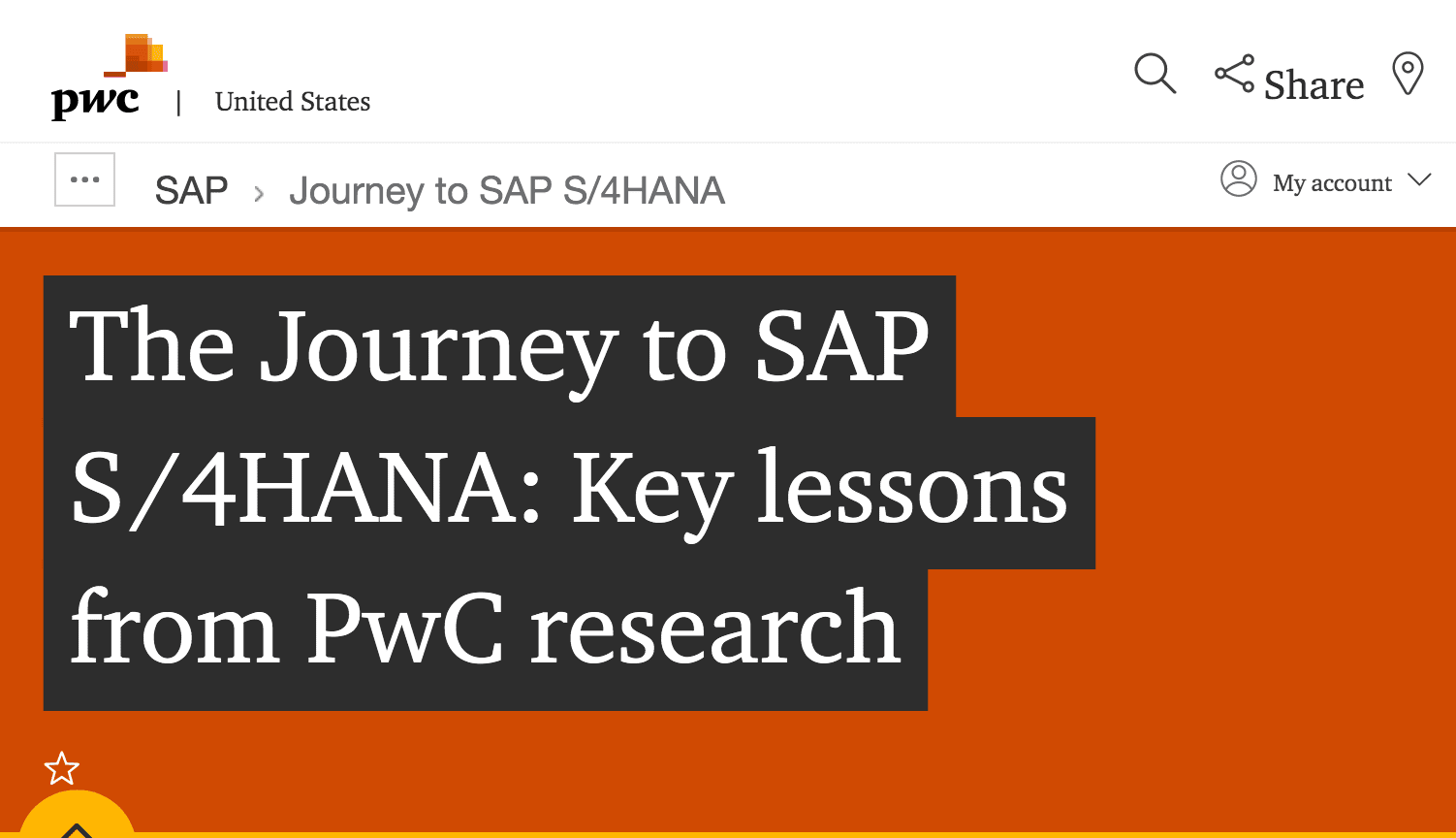 Right off the bat, there is a problem with this. PwC does not have a research capability. This article combines a survey trying to sell an assessment. However, PwC does not “do” research. Instead, they prepare material to be used by PwC marketing.

PwC has fake research “fellows” as we cover in the article Why PwC’s Research Fellows are Fake and Pretend to be Academic. They use this dishonest and inaccurate titling to pretend to offer objective advice to their customers who often don’t know what a research fellow is.

In a debate with a “research fellow” at PwC he told me not to get hung up on titles. Not only do ‘research fellows” not do research and are not fellows, but they can’t honestly defend arguments.

PwC’s findings are entirely inaccurate. Rather than being “further” along. S/4HANA has some of the highest percentages of failures of their overall implementations in the enterprise software space.

All of these numbers are falsified, and the sample that PwC uses is not declared. PwC could have simply selected the customers that would have given them the results that they wanted. Or they could have simply made up every number listed.

Remember, PwC is not a research entity. The only people that agree PwC does research is PwC, and internally they certainly know they don’t. Every single person who works in “research” at PwC knows very well that nothing can be published unless it is approved by marketing, and is maximally adjusted to help PwC sell implementation or other business. This is a common problem in the SAP space, entities that share no details of their core data, that never address statistical sampling, that don’t declare their financial entanglements, and which in 100% of cases support their funders or their financial objectives, reporting surveys that we are all supposed to accept as constructed using correct techniques. These same critiques apply just as much to Gartner, Forrester and IDC, all of which hide or downplay their financial entanglements.

Furthermore, PwC is known to provide false information to its clients, on its website, and its accounting division is known to help its clients evade taxes. There is no reason to listen to PwC on any topic or to pay their statements or articles any attention.

This entire article and their S/4HANA assessment have one purpose, to sell S/4HANA implementation business. Furthermore, as part of PwC’s partnership agreement with SAP, none of this could have been published without SAP’s approval. That is, of course, entirely left out of the presentation of this article.

Therefore, this is not just a PwC publication, but an approved publication by SAP, and thus one that has no independence from SAP. 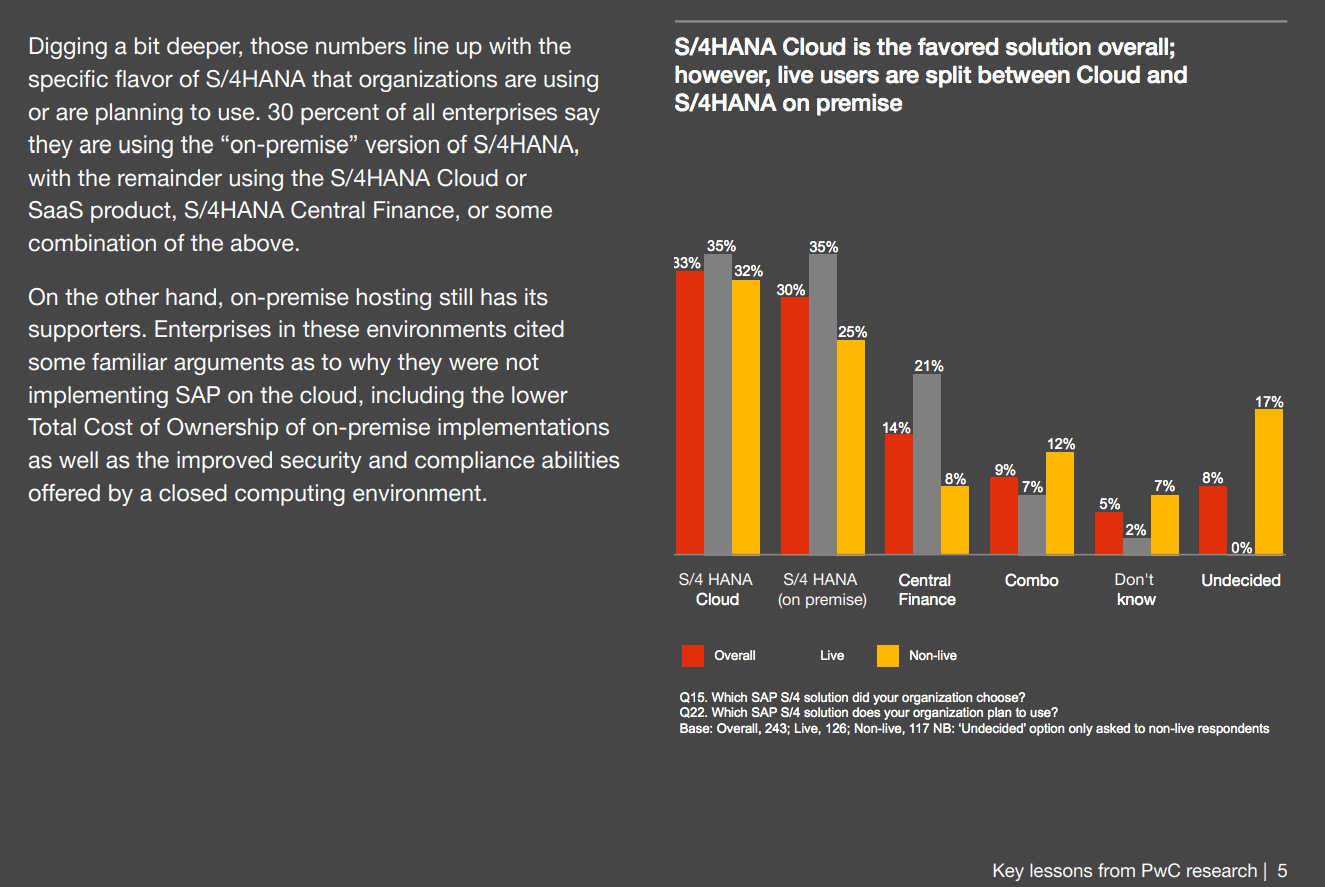 This is also completely wrong. S/4HANA Cloud is very rarely deployed. And here PwC copies the trick that SAP plays when trying to make S/4HANA Cloud and S/4HANA on premises seek like the same thing.

This is a long term sales strategy on SAP, as we cover in the article How SAP Confuses People on S/4HANA On Premises Versus S/4HANA. They are two different code bases and have two many differences. However, as PwC is an SAP partner, they carry forward the narrative that the two applications are substantially similar. 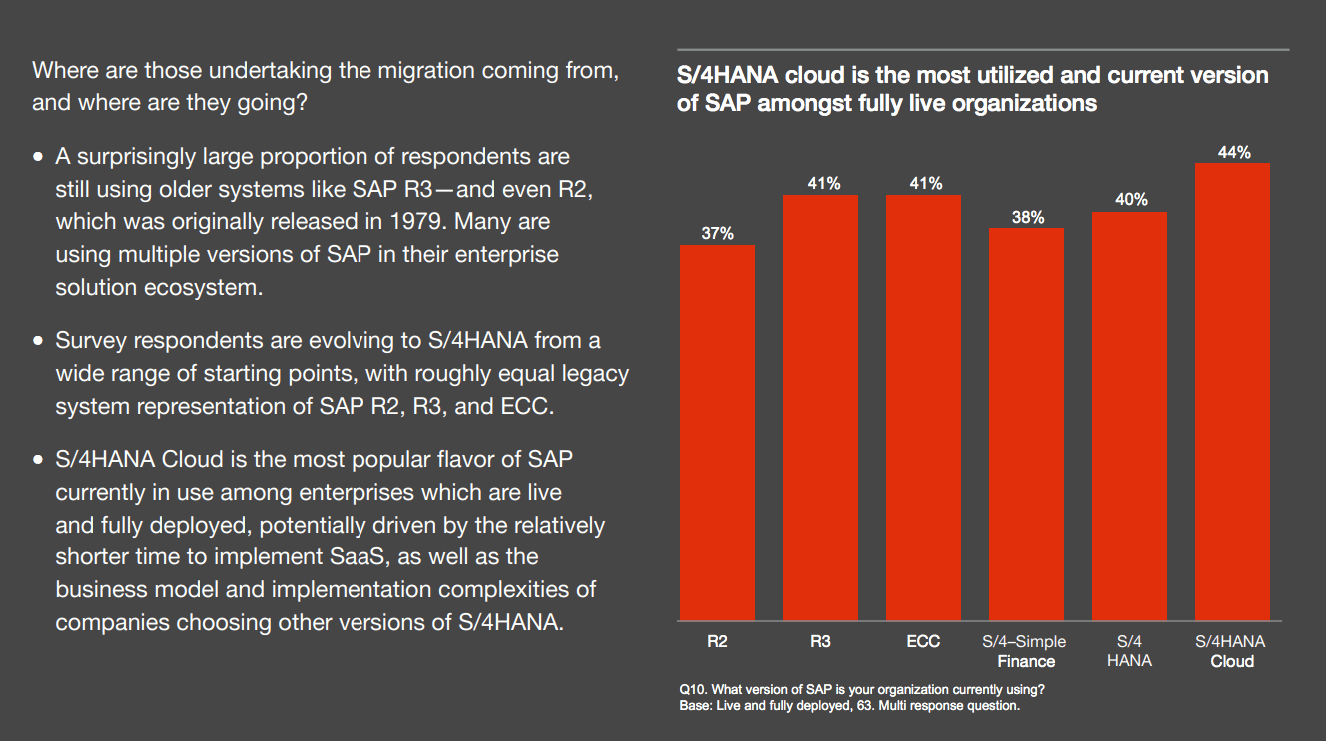 Secondly, PwC states that there is a…

PwC’s Non Representative or Made Up Sample

PwC’s allocations may reflect their sample, but this sample is entirely not reflective of the SAP ERP installed base. PwC, of course, does not even bother with the topic of whether the example is representative — which is the first thing one learns when being introduced to statistics.

Why Customers on Older Versions of SAP ERP is Not Surprising

It is not that surprising that so many SAP customers are still using older versions of SAP’s ERP system (and much higher than is presented in PwC’s allocations).

The reason is that there has been a decreasing benefit of upgrading from R/3. But each successive ERP release means more cost for migration. There is a question of how much was gained by moving from R/2 to R/3. Most of SAP’s quality work in its ERP system occurred decades ago. SAP is not a marketing company, not much of a software development company, and each successive version of all of SAP’s software has been more problematic and more filled with bugs and limitations. As SAP migrated from being more of an engineering company to a marketing and sales lead organization, the benefits of using SAP software has declined. Furthermore, this is even more true of all of SAP’s applications outside of R/2 and R/3.

Why is PwC concerned with what versions of SAP customers are using?

Remember that PwC makes its money from implementations which include upgrades. In the ERP space, upgrades have proven to be very profitable for consulting firms but to offer little value for customers. One way of pushing upgrades isto make it sound like the “adult” thing to do.

As with their “assessment” of S/4HANA, they want all customers to be on the latest version of SAP systems. This is not because they have anything to do with improving the condition of their clients a Senior Manager at PwC was primarily hired by PwC from another consulting company (where I tracked his previous inaccurate articles) to get customers to migrate to S/4HANA. His primary strategy was exaggerating the maturity of S/4HANA as we cover in the article Mark Chalfen on S/4HANA Maturity.

This means that PwC was actively promoting its clients to migrate to S/4HANA, even though S/4HANA was not ready to be implemented. Both SAP and their consulting ecosystem were recommending migration to S/4HANA. The only module available was S/4HANA Finance, which meant it could not connect to any other SAP module, making no sense. This became an even more significant problem when SAP missed its deadlines on the other modules, as we cover in the article The Evidence that the S/4HANA Suite Missed Its Release Deadlines.

The History of Being Wrong About S/4HANA

PwC and other consulting firms have been pushing to movement to S/4HANA (hiring them of course) sinceSAP first introduced S/4HANAd. The fact that the application has been immature has been beside the point. This has led to an extremely high failure rate with S/4HANA implementations, that as far as I can see, only Brightwork Research & Analysis has called out. We cover this in the article, Is it Right to Lead Clients into SAP Software Failure?

Part of these assessments is also code remediation assessments, which assume the same old inefficient techniques for adjusting the code to match S/4HANA. These assessments are underbid on the consulting firms’ part because the real intent is to sell S/4HANA implementation business.

All of these assessments are rigged by the consulting firms to obtain S/4HANA implementation business, and therefore one can take none of them seriously. This is the same as going to a BMW dealer and have the dealership perform an “assessment” to determine if a BMW is right for you. Surprise, in every case, not only is a BMW right for you (and the best car for you to buy), but the best time for you to buy a BMW is immediate.