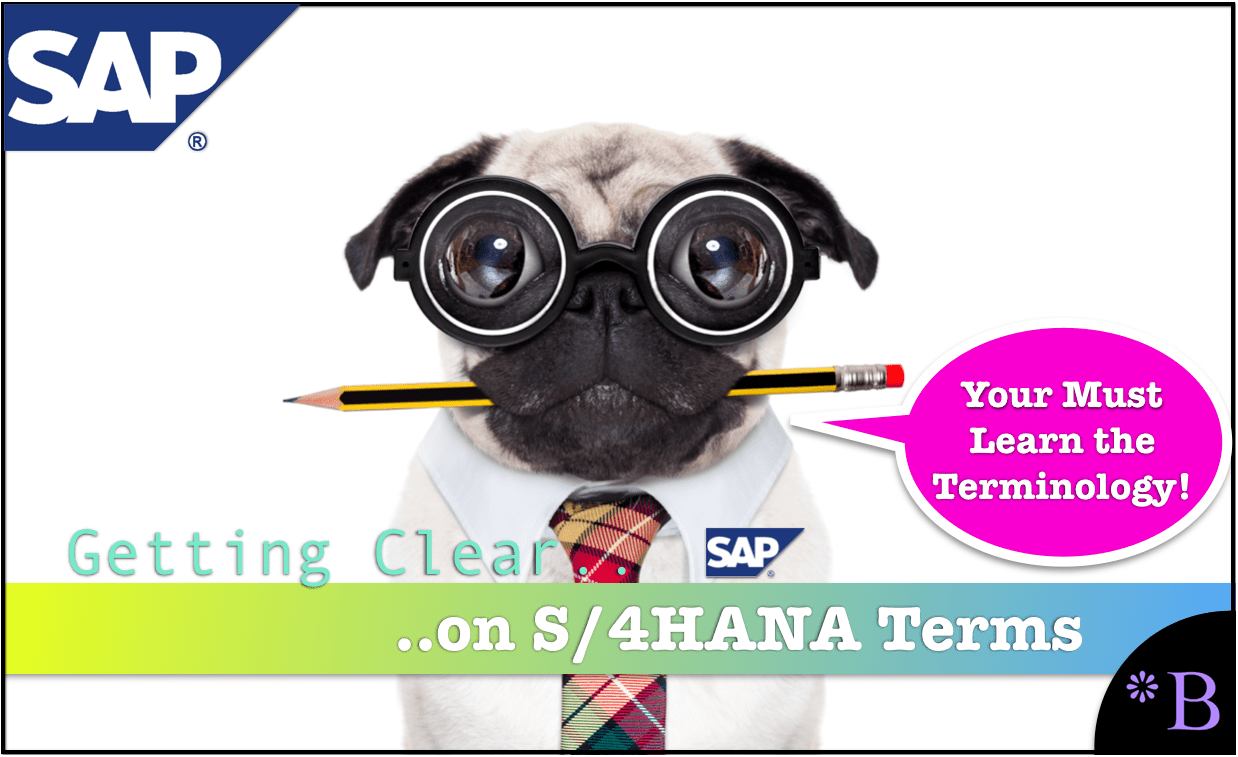 There has been quite a bit of marketing information written on SAP S/4HANA. The first introduction of SAP S/4HANA and the messaging by SAP was quite confusing, and there have been several changes since this S/4AHANA was first introduced. SAP claims that S/4HANA has been the fastest-growing application in history but then backtracks on Wall Street calls and states that it’s still “early days” for S/4HANA. You will learn why SAP’s naming and strategy with its new ERP system is a constantly moving target.

Breaking Down the S/4 HANA Name

Why Put the Database as Part of the Name of the Application?

This is the first time that SAP has offered an application and then named the database within the name. SAP S/4HANA only runs on HANA (for now). However, it is either very uncommon or possibly unprecedented for any software vendor to declare the application’s database as part of the name.

This would be like if Oracle only allowed JD Edwards EnterpriseOne ERP system to run on Oracle, they would name it:

SAP is naming things way because it is trying to emphasize how vital HANA is to the new ERP system. I will explain how this strategy is about to fall apart in a future article, but I will stick to the naming discussion for this article.

What is the State of Simple Finance?

For some time, the only part of SAP S/4HANA you could buy (i.e., that was released) was the finance area. It was referred to as “S/4 Simple Finance.” This is the first time that SAP released a module of the ERP system all by itself. All previous versions of SAP’s ERP system included the big four or SD, MM, PP & FI/CO. This integrated feature was SAP’s significant advantage when it came to the scene in the 1980s and was its main differentiator for many years.

S/4 Simple Finance represented the new version of the FI/CO module or financial and controlling in the ERP system.

With all the hype around S/4 Simple Finance, it has gone rather unobserved how strange it is for a vendor to bring out a single module of an ERP system all by itself. I have been scratching my head for over a year trying to figure out who would invest in an ERP system module without getting the rest of it to connect to. With what I will explain, S/4 Simple Finance is now stranded due to development issues at SAP with the remainder of the S/4 suite.

Where Oh, Where is Simple Logistics?

I was told by several people that I needed to jump on board with  Simple Finance because it would make everything so simple, and it was, of course, SAP’s direction. After researching this, both reviewing statements around SAP S/4HANA’s proposed simplified data model and the supposedly simplified user interface in Fiori and found these proposals to be incorrect.

This is covered in two articles:

The problem is that SAP has very significantly missed its release date on Simple Logistics.

Making so many changes at once to SAP S/4HANA was always risky with SAP’s timeline. And now it is evident that SAP bit off more than they could chew.

As development has been doing its work, SAP marketing silently went through a change to the new ERP functionality’s overall naming. As I predicted, the “simple” adjective is now gone. And S/4 HANA “overall” is now called S/4 HANA Enterprise Management.

Can You Keep Up with SAP’s Terminology Changes on S/4HANA?

It is no easy feat keeping up with SAP’s S/4HANA terminology. SAP went through a period where they invested mightily in a false marketing construct — that the new applications were somehow simple.

While little covered, SAP has a bumpy ride trying to redo and introduce it’s new ERP system. Marketing is going through multiple name changes before the overall new ERP system is even ready to purchase. Simple Finance and Simple Logistics are now on their way out. SAP’s problems with its S/4HANA overall deadlines are a problem because SAP put so much of its credibility on the line that it would bring out the rest of the S/4HANA suite, raises the question of when the real release date of the suite will be. And then, how much after the publication date will the application be ready for actual implementation.

SAP’s problems with its S/4HANA overall deadlines are a problem because SAP put so much of its credibility on the line that it would be able to bring out the rest of the S/4HANA suite.. This raises the question of when the real release date of the suite will be. And then, how much after the publication date will the application be ready for actual implementation.

At this point, it seems that S/4 Simple Finance was rolled out far too early. I was part of a sales team that was proposing SAP S/4HANA Simple Finance last year. Good thing that the companies we pitched this to did not purchase this as it is likely that a fully functional SAP S/4ERP system (with all the standard modules released) is even now some time away.