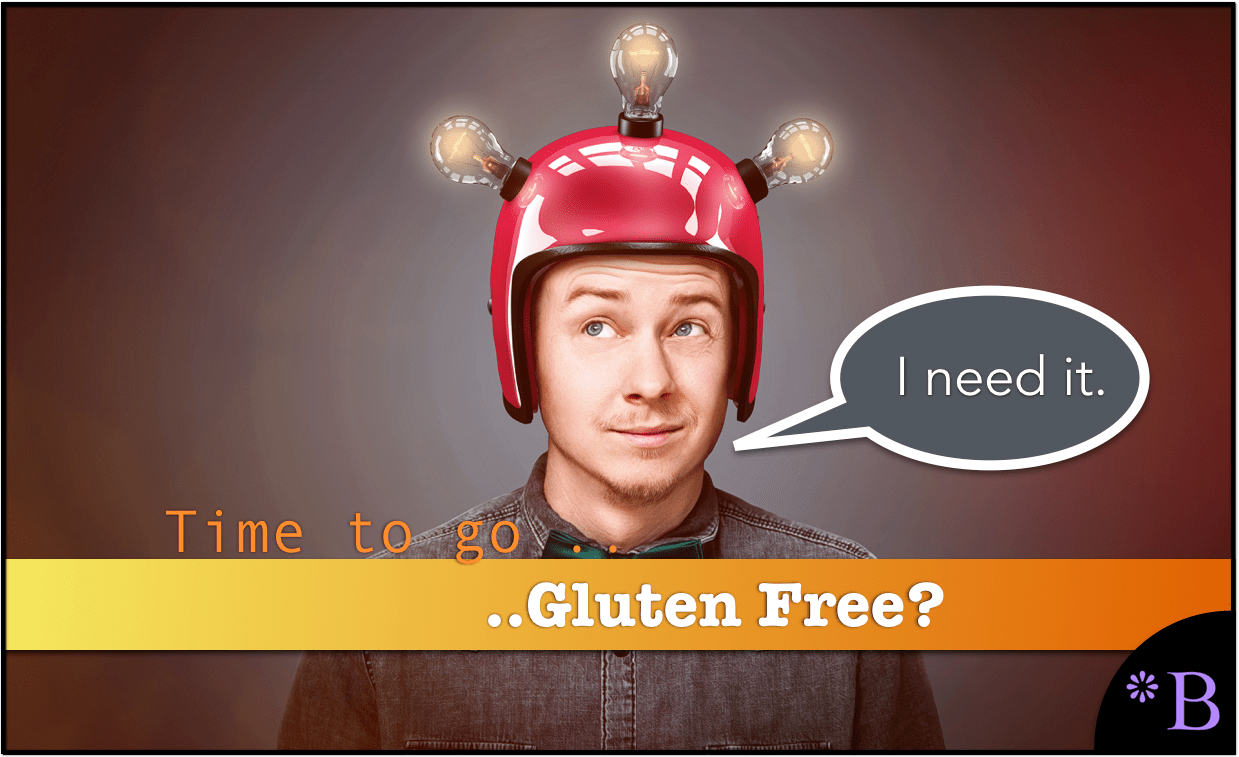 What are decisions based upon? This is one of the most interesting questions in my research.

If you read the traditional media or attend conferences, you are told that IT decisions are based upon rational decision making. And that senior people in organizations are well educated and “know” what they are doing.

However, repeatedly, I find just the opposite. Instead, my research shows that IT decision-makers are easily co-opted by vendors and consulting companies, as I cover in the article To Whom Does Your IT Department Owe Its Allegiance?

In this article, I cover another decision which is whether to follow a gluten-free diet and what people know who follow this diet. This provides another window into how people make decisions, that undermine the proposal that people commonly do research before making decisions.

What Do Those on Gluten-Free Diets Know About Gluten?

The following is from the Jimmy Kimmel Show where they ask people questions that they seem they should know the answer to, but often do not.

In this episode, the question is “what is gluten.”

This video is quite humorous. One might say that it is not representative of those that choose gluten-free diets. However, this is contradicted by the fact that gluten-free items are not only useless for those without Celiac disease, they are also negative, as it will push people away from whole grains and towards white flower-based items.

What the Mayo Clinic Says About Gluten

This is the Mayo Clinic’s guide on gluten and is probably something these people should have watched before blindly adopting a gluten-free diet.

This video is quite clear about the claims of being gluten-free.

This video shows a young woman who suffers from Celiac disease. She observes that non-Celiac suffers are ordering gluten-free items, but then eating them along with other gluten items.

A person with a real issue with gluten, cannot combine some non-gluten items with gluten items and feel good. People who combine gluten with non-gluten food items, and don’t notice a difference in their gastrointestinal function do not have Celiac disease, nor have gluten sensitivity.

How a large number of people began following a diet that is only appropriate for a small percentage of the population comes down to marketing on the part of food companies.

This is a documentary on the decline of food in developed countries, with the US being the worse degrader of their food system. The industrialization of food began with the military’s involvement in adjusting food systems. After WW2 was over, these same industrial techniques were introduced with new ones evolved which drastically reduced the quality of the US food supply.

Processed food companies have enjoyed a long history of deceiving their customers with health claims. This is why the typical person in a developed country has a worse diet than those who live in undeveloped countries. 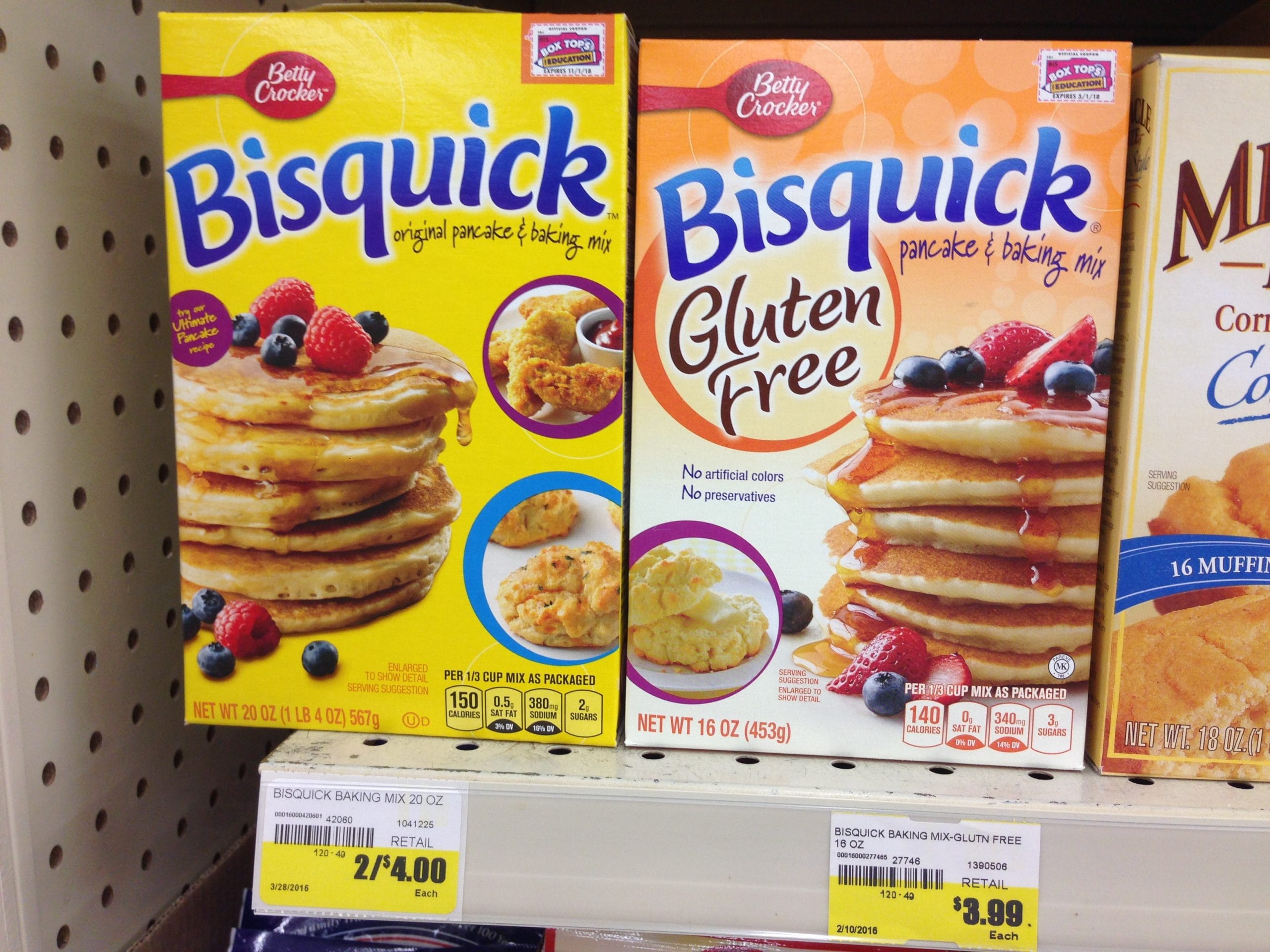 Others have claimed that gluten-free foods help the body lose weight and increasing intelligence — but there is no evidence of this.

By the way, that white flow Bisquick pancake batter may be gluten-free, but it is not a healthy food. This “gluten” message on the box of the pancake can easily be converted into the mind of a moderate to low nutritionally educated consumer that the items are recommended for good health.

Does the label say..

This product is only necessary for people with Celiac disease or for those with gluten sensitivity.

Just the opposite — they are tricking them into looking for labels that they do not need to buy.

Marketing’s Mandate to Mislead the Consumer 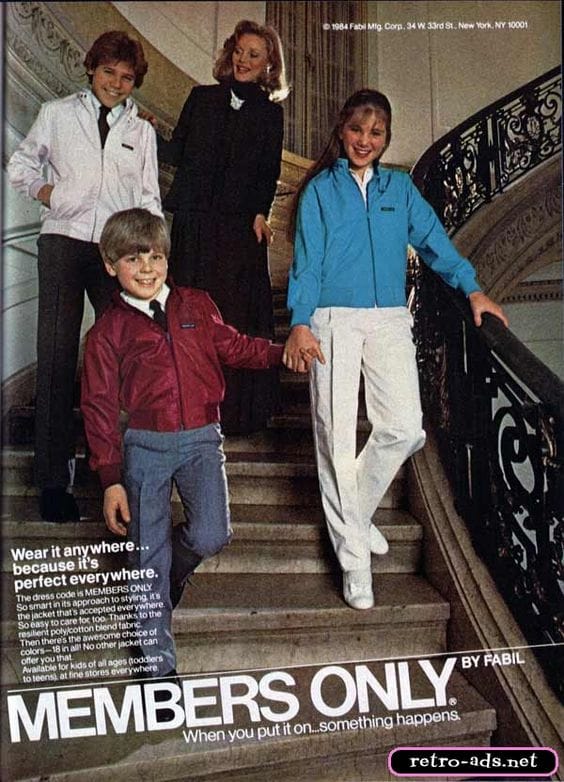 This is an advertisement for the Members Only jacket. This was the jacket to have when I was growing up. I don’t recall if I had one. I think my grandmother bought me one, but I don’t think I wore it. There was nothing special about them. They were not warm and were not even very good as windbreakers. They were expensive for what they were, but for a time, extremely popular. Why were they popular? Well, they had no design advantage over other jackets, and cost much more than alternatives, but other people had them.

This is called fashion, and it has nothing to do with logic, except of course the logic of social signaling. What we don’t like to admit is that even areas that are supposedly based upon logic and analysis — are very prone to decisions based upon fashion. 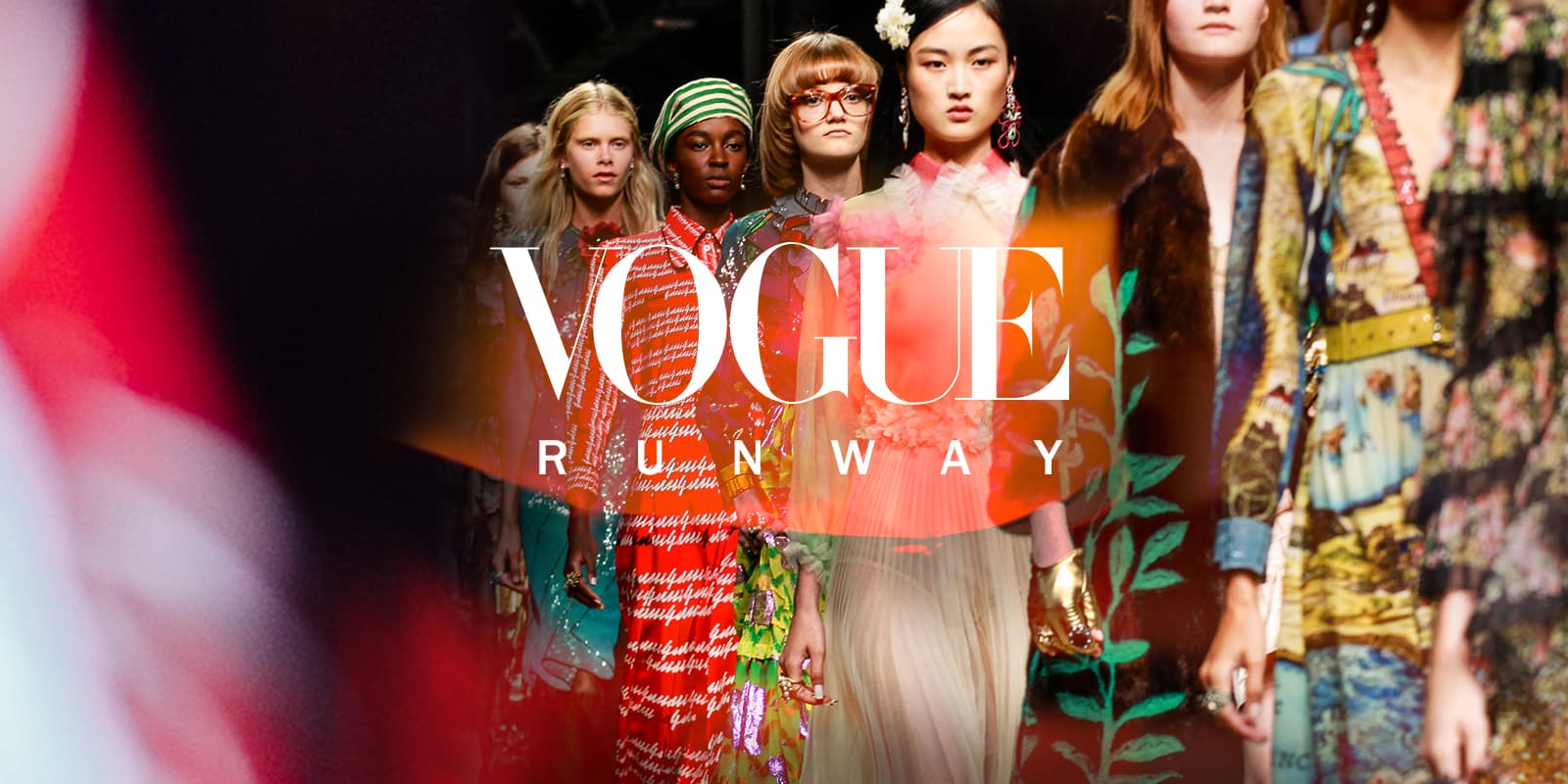 What is fashionable this year? Elites in fashion who live in NYC, Milan, and Paris can tell you. There is no debating fashion, it simply “is.”

Fashion Decisions Are Controlled by Elites

I cover how Gartner seems to be more about communicating trends and “what is hot” to corporate buyers than doing substantial research in the article How Gartner is Similar to the Devil Wears Prada.

The fashion industry is run by elites.

If Vogue or a hip designer says something is in fashion, then it is. There is no logic necessary because they are the ones who others look to tell them what is and what is not in fashion.

This is precisely how Gartner functions. They don’t bother providing evidence, they are the elite, and they decide what is or what is not fashionable. If one analyzes Gartner’s history of accuracy, as I have and cover in the article Disregarding Gartner’s Deeper Technology Insights and Predictions. However, virtually no one bothers to check their track record, so Gartner need not worry.

Going gluten-free is entirely unnecessary and even negative for one’s health unless one is a part of a very small percentage of the population that has Celiac disease or a “gluten sensitivity” which is a bit of a controversial area. Yet this did not stop gluten-free products from taking over grocery shelves in the US (I did not research other developed countries).

Those who buy gluten-free products are quite sure they should be doing so — until they are asked what gluten is, or what it does, or for instance why they should be avoiding it. It is very odd to me that any person would adopt something as part of their dietary regime — without knowing what that thing does, or in fact, what the thing even is. But this is the point of the article — that many people, perhaps a majority are comfortable with this type of decision making.

The Willingness to Deceive Buyers

Secondly, the food companies employ food scientists and they certainly know that gluten-free products are completely unnecessary and probably counterproductive but they sell them anyway. This also correlates to the software industry, where vendors and consulting firms routinely deceive their prospects.

The Parallels to ERP

There are just too many easy parallels between this topic and ERP systems.

However, companies were repeatedly told that they need to buy them.

Once a consensus emerged that one had to have an ERP system, like gluten, corporate buyers decided to buy them — without spending time to investigate the logical foundations of the claims about these systems (i.e. would they, in fact, be the “last system a company ever purchased?”).

How Purchases of Evidence Free Benefit Items Satisfies the Buyer

The purchase of ERP systems, or the adoption of a gluten-free diet, made the decision-makers “feel better” as if they were taking a “positive step” towards improving their condition.

In the case of ERP purchases, it means that one can buy a system with little research into its match with requirements as it is “ERP” approved. “Everyone knows” that ERP systems are beneficial — so there is obviously no need to research them. And similarly, with gluten, a shopper can feel good about that pancake mix or brownie mix, because it is “gluten-free.” The fact that the pancake mix is filled with sugar and with low-quality white flower grains is ameliorated by the gluten-free nature of the item.

A Rare Realistic Assessments of Systems

The following is a realistic assessment of what ERP systems do.

André Zijderveld has decades of experience in the maritime sector and he now works as a maritime consultant for Shipbuilder Software based in The Netherlands. In this interview, André discusses how shipyards and yacht builders can make their projects more profitable while also improving efficiency.

André: In all my years in the maritime sector, I have seen the financial departments in the maritime sector working with a broad range of ERP programs. However, it is a misconception to think that you can manage an entire shipbuilding or yacht building project with one of these programs.(emphasis added)To my surprise, though, people are still trying to manage projects with just an ERP with despite all the mistakes that come along with that approach.(emphasis added) I believe there is a more effective approach to managing these projects.

How do you recommend managing a project and what is the role of an ERP program?

André: Large maritime companies, of course, need an ERP system that permits them to control the financial processes. However, that is not enough. An ERP system that runs smoothly is great for the finance department, but it only controls the financial part and some of the logistics of the proceedings. The engineers, workmen, and operations managers simply do not realize the same benefits from these systems in their work. They need to have a system that supports the primary processes in the organization. These are the processes by which the company creates value. That can best be done with a data management program.

André concluded: So yes, an ERP system is good for the financial activities in a company, but you don’t build yachts and ships with it. In my opinion, you need a data management program to truly manage and innovate in the workplace.

This type of interview is not surprisingly not in an IT media publication, because it would not have been allowed due to the large number of ERP vendors that fund these publications with advertisements and paid placements. Instead, it was published in a shipbuilding periodical.

Companies that buy systems that do far less than they were said to, normally stay quiet about it. They do not want to be known for having been tricked by a software vendor or consulting firm.

What this illustrates is that rather than researching individual topics — instead what people tend to do is “triangulate.” Triangulation is the lowest effort way of determining what one should do. This is how fashion trends get started.