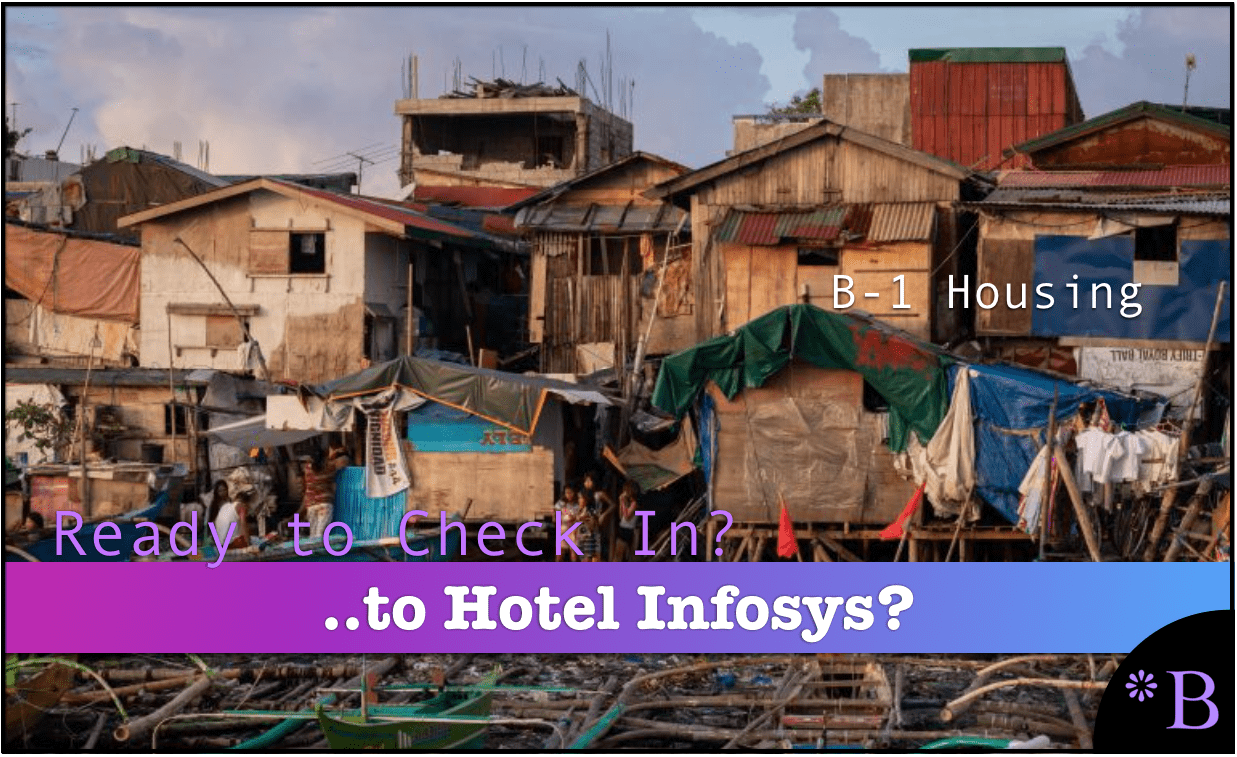 In investigating the corruption of the H1-B program, we came upon how Infosys engaged in fraud against the US government’s B-1 visa program.

Keeping Up With the Visa Exploitation

The US foreign worker visas are now so exploited, that it is a full-time job just keeping up with the exploitations, like the Dutch Boy trying to place fingers into a dyke. In addition to the L1 visa that is (we predict) going to increase in exploitation massively, the B1 visa program is now also being exploited.

“Apparently, the US consulate in Chennai [India] is issuing B1/B2 visas that can be used in lieu of H1-B visas for legitimate H1-B classified work so long as the recipient is 1) paid abroad and 2) shows conclusively that he/she will return abroad at the end of his/her authorized admission.”

“You can see where this is going,” the agent continued. Companies could “set up a dummy subsidiary in India and avoid the (nominally enforced) requirements that a job is posted in the US and have comparable pay to that of a US worker. This also guarantees that not one dime of tax revenue for this high tech work will go to US coffers.” – Sold Out

And they immigration attorneys and other members of the H1-B lobby have already and are further preparing to scam this visa as well.

Exploiting the B-1 program to get around H1-B has become so commonplace, it has earned its own acronym in the immigration lawyer and diplomatic community: “BILOH” or “B-1 visa in lieu of H1-B.” – Sold Out

How Infosys Exploited the B-1 Visa

Infosys already aggressively illegally exploited the B-1 program, as explained in the following quotation.

Infosys brass sought to exploit the B-1 visa program as an expedient pipeline to sneak cheap foreign labor into the US. “There was no monitoring of the B-B system and it was understood that ‘no one would ever know,’ Palmer recounted. The company flooded the consulate with applications “in order to get as many approved as possible no matter the level of the individual’s skill.”

In blatant violation of the law, Infosys employees were applying for and fraudulently obtaining B-1 visas for the specific purpose of gainful employment by American clients. Infosys misrepresented payments to these business travels as “stipends,” instead of what they really were: salaries to full time employees doing full time work in violation of B-1 law.” – Sold Out

Here was Infosys’ instruction to the B-1 visa holders if they found themselves interacting with a US official.

“DO NOT TELL THEM YOUR WORKING. Speak little English.” – Sold Out

He discovered that some of the illegal B-1 workers were being paid an average of $2 an hour, while clients of Infosys were paying the company upward of $150 per hour.

In an all too familiar narrative, the B-1 employees “have no rights and are being paid their salary in India which is about $5,000 a year in US dollars, Palmer reported. “The living conditions of the workers are horrific. Many times 6-8 people are living in a hotel room or 1 bed apartment. – Sold Out

Infosys is a disgusting company that will tell any lie to maintain its margins. The case shows not only a complete disregard for US law but a disregard for their employees.