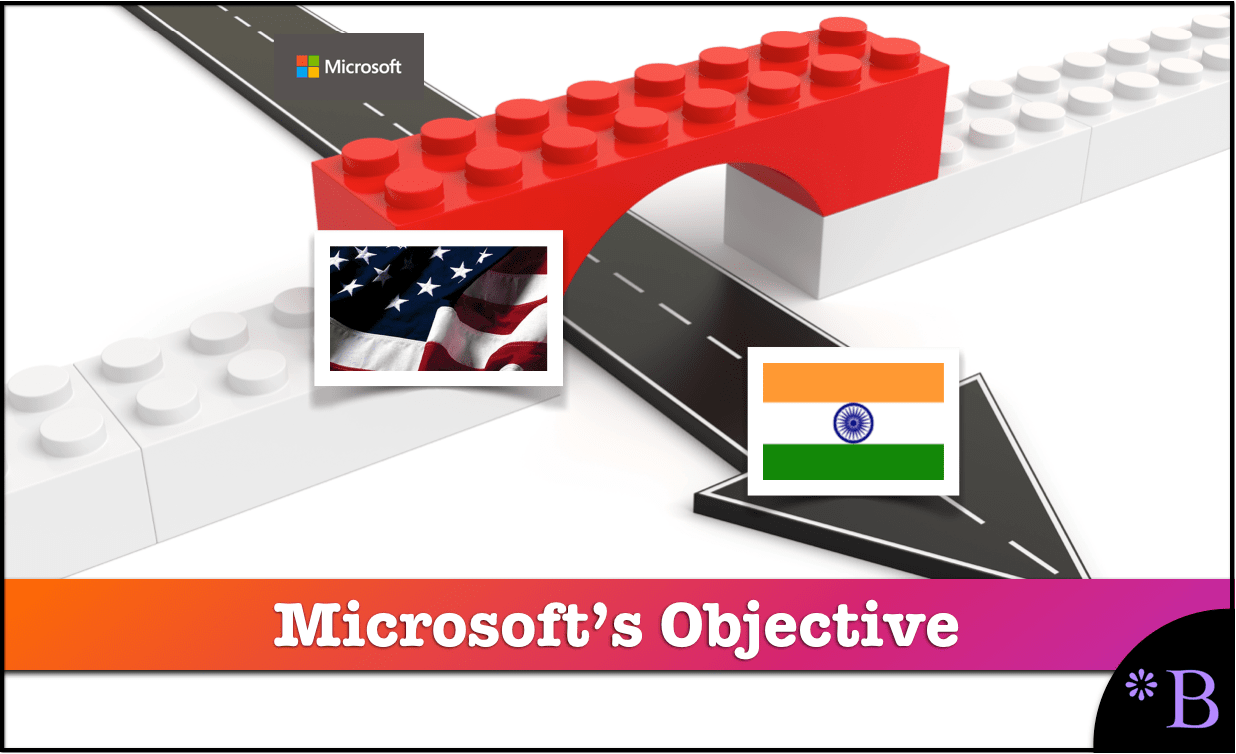 This quote explains how Microsoft functions to preference Indians over US workers and is run by “Microsoft Indians.”

All this started with Bill Gates, when he went to then Madras in 80s to start training Indians, he never did that for US citizens. But Madras aka Tamilnadu was not interested, because he asked for economic favors, like cover money laundering to avoid taxes and transfer to tax haven. Then he visited Hyderabad, capital of fraud even then in India. They agreed, the rest is history. Now they pump money for key politicians Private interests Indians and American politicians and decision makers. – Indians Are Gatekeepers to IT Jobs & Deny US IT Opportunities

This is unknown to almost all Americans. The idea that Gates got the “best deal” from Hyderabad because Hyderabad was the most corrupt center of commerce that he could find in India. The majority of H1-B visa holders, past and present, have come from Hyderabad and the Tegulu areas around Hyderabad.

Satya Nadela is presented as an Indian who rose to the CEO position through merit. This quotation illuminates the role that Nadela played in corrupt dealings with Hyderabad officials.

Microsoft CEO Satya Nadela was the translator to Bill Gates in Hyderabad, and is general knowledge that he has intimate knowledge of underhanded deals there; We can bet that’s why he is the most powerful decision maker today in IT. He has placed Indians origin on top of chain of command to streamline the process of favoring Hyderabad, India over US or other countries., and to make hard for some one to question their Hyderabad India policy over US citizens. He is MSc in electrical engineering, US has half a million of those, tens thousands from much better schools, but his ethnic origin and command of Telugu language got him arguably the most powerful position in IT. – Indians Are Gatekeepers to IT Jobs & Deny US IT Opportunities

The Indian Control Over Microsoft

Out of top five at Microsoft, three of them are of Indian origin, one can imagine where their loyalties lie. They are pushing projects to India, so the people in India are getting training, and easy to justify for ever expanding H1B visa. If they had kept projects here, then Americans would have that opportunities to train and learn. The chain of command at Microsoft is such, that only Telugu origin’s narrative is heard at Microsoft. That’s pretty much the story across IT industry. – Indians Are Gatekeepers to IT Jobs & Deny US IT Opportunities

How Well Does Microsoft Pay its H1-B Visa Employees?

Microsoft, like most companies that hire H1-B visa holders, uses the visa program to pay below-market wages. Furthermore, the existence of so many H1-B visa holders in the US, and recent H1-B holders is another factor to depress wages.

Time to Expand the Grift Outside of IT

Using their wealth from decades of gaming H1B the system and skill to fool unsuspecting US citizens, now trying to capture other fields, too. – Indians Are Gatekeepers to IT Jobs & Deny US IT Opportunities

The takeover of IT by the elite Indian interests and had so little pushback that, naturally, Indians will target other areas.

Microsoft, like IBM, should be thought of as an Indian rather than an American company. Microsoft is and will be increasingly controlled by Indians — who, while they may be Green Card holders or US citizens, have as their objective to make Microsoft as Indian as possible. This will mean that Microsoft’s enormous yearly revenues will be harness to benefit Indians versus US workers or US interests.