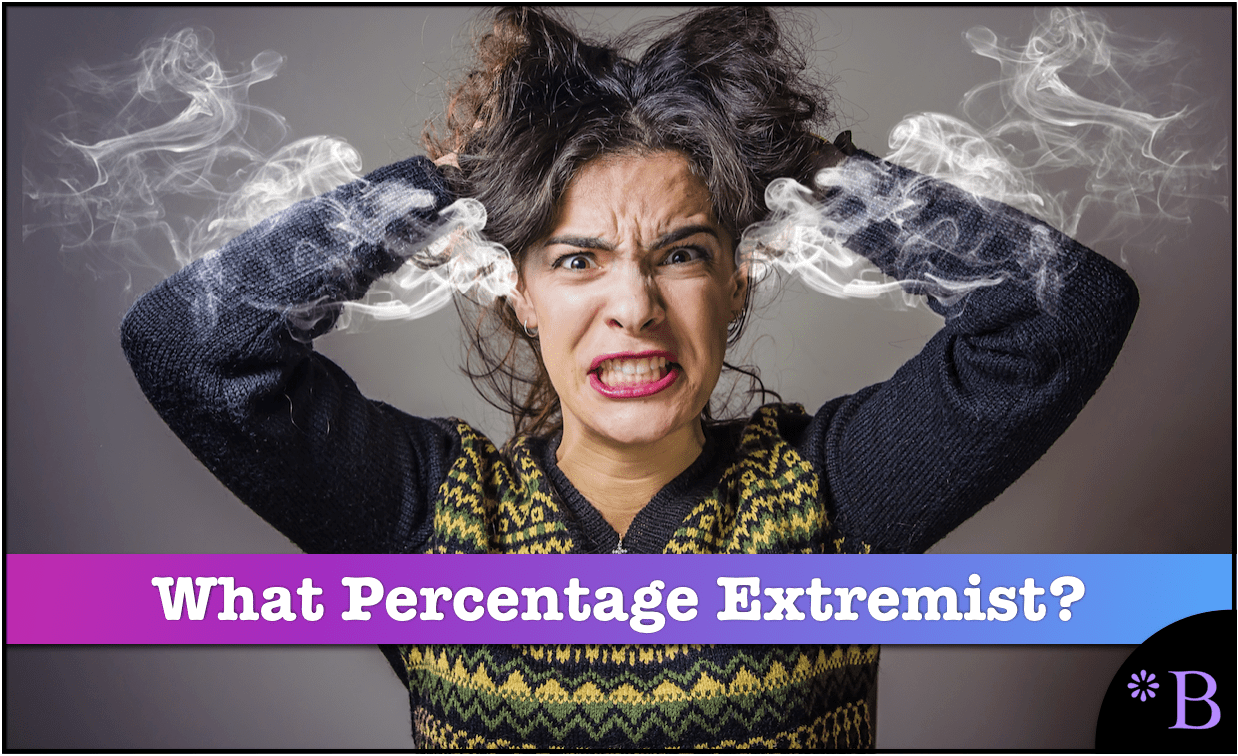 Muslims propose that only a tiny percentage of Muslims support highly intolerant ideas.

Most Muslims Are Moderate

In this video, David Wood explains how whitewashing is continually performed to make it seem as if only a tiny minority of Muslims believe in the horrible things written in the Koran and Hadith, that by the way Muslims are required to believe. The math presented in the video critiqued by David Wood makes zero effort to check their math.

This is one of the quotes from the Pew Research study.

In a few countries, a quarter or more of Muslims say these acts of violence are at least sometimes justified, including 40% in the Palestinian territories, 39% in Afghanistan, 29% in Egypt and 26% in Bangladesh.

Observe in the video where David Wood points out that large majorities in Muslim countries support the death penalty for apostasy.

What Percentage of Muslims Support Sharia?

What is curious to observe the percentage of Muslims that support their countries adopting Sharia, or Sharia law.

Want Sharia Law as the Law of the Land

Now, what is Sharia?

The following are multiple laws that are applied under Sharia.

This is extremism — although it is also mainstream Islam.

This means that a very high percentage of the Muslim population.

That is a ridiculous level of extremism, and yet the results of this poll were not at all published outside of Pew Research — as if it is a non-story how many Muslims support this ridiculous set of laws.

Furthermore, the table approximates other views that are shocking. For example, Pakistan supports groups that have a 7th century view of Islamic behavior. This is explained in the following quotation.

Nonetheless, both the Taliban and al Qaeda remain unpopular among Pakistanis – 65% give the Taliban an unfavorable rating and 53% feel this way about al Qaeda.

Pakistanis express more mixed views about another militant organization, Lashkar-e-Taiba, a Pakistani group active in Kashmir that has often attacked Indian targets (it is widely blamed for the November 2008 Mumbai terrorist attacks). Just 35% have a negative view of Lashkar-e-Taiba, a much lower percentage than for the other extremist organizations tested. – Pew Research

However, this means that the balance, so 35% of Pakistani’s polled are either unsure or favorable towards the Taliban. While the balance is 47% for al Qaeda.

Apostasy and Blasphemy Laws by Country

See the following quotes from Pew Research on this topic.

We found that laws restricting apostasy and blasphemy are most common in the Middle East and North Africa, where 18 of the region’s 20 countries (90%) criminalize blasphemy and 14 (70%) criminalize apostasy. In Pakistan, for instance, blasphemy statutes have their origins in the country’s colonial past, when British rulers first introduced penalties for insulting any religious beliefs. These laws remained in effect after Pakistan’s independence in 1947 and have since increased in severity.

In this article, the Apostate Prophet explains how there are Islam is by its nature extremist.

Muslims, liberals, and the establishment media receive our Golden Pinocchio Award for lying about how only a tiny fraction of Muslims believe in highly intolerant Muslim ideas.

Muslims, liberals, and establishment media use a combination of illiteracy and innumeracy and outright deception to try to work backward from their conclusion that Islam is a peaceful religion that coexists with other religions.

By its origin and nature, Islam is an intolerant religion that tells its followers that non-Muslims need to be humiliated until they convert to Islam. The article A List of Terrible Islamic Quotes shows these quotes. And under Islam, Muslims cannot disagree with these quotes or question anything said by Mohammed or what Mohammed did (who engaged in pedophilia, who kept slaves, who were a warlord among other terrible things), or they are apostates.