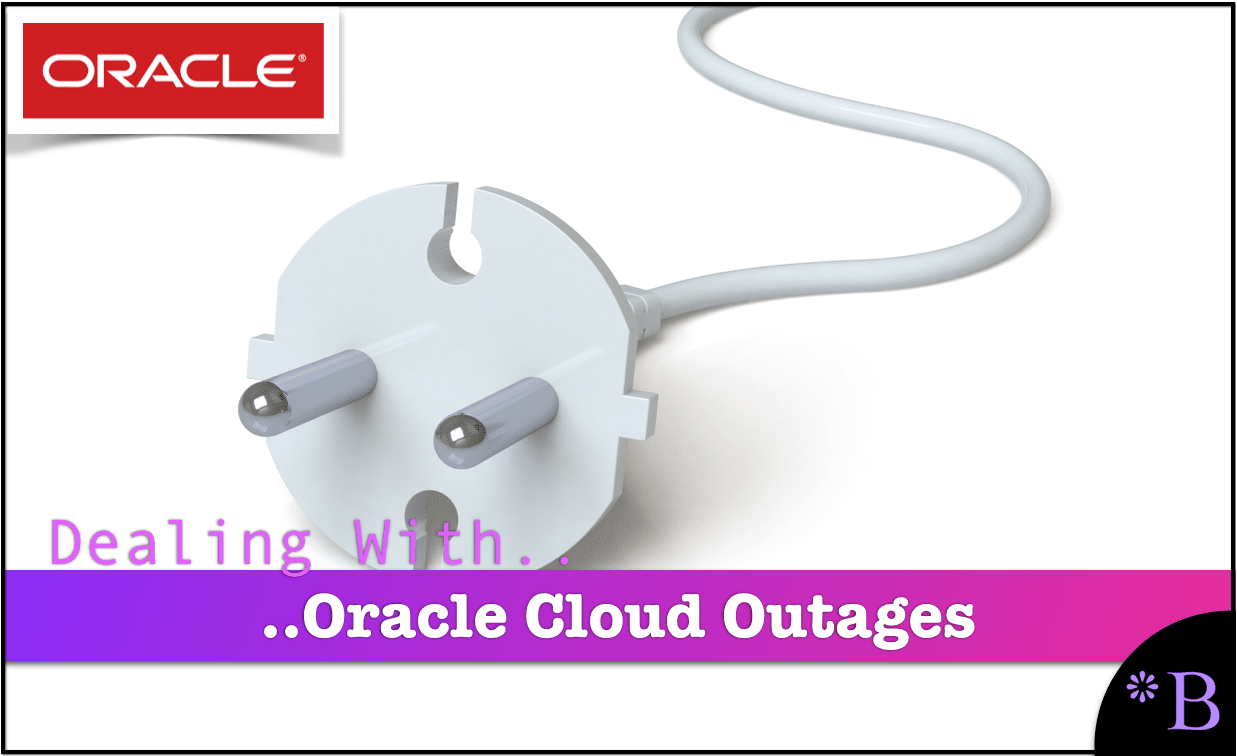 Oracle Cloud uses a lower quality 100% co-located strategy for its data centers. This has been leading to downtime, as explained in the article The Problem with the Oracle Cloud and Colocation by Ahmed Azmi of Brightwork Research & Analysis.

“Oracle cloud is entirely made up of leased colocation facilities operated by third-party providers. These third party providers have their own maintenance schedules for systems maintenance, updates, and upgrades. They also experience their own frequent unplanned downtime. Third party downtime adds additional downtime to Oracle’s own planned and unplanned downtimes.”

There are three primary problems, with 100% of Oracle’s internal data centers being co-location facilities.

How Oracle Responded to These Facts

Oracle has followed a concerted effort to lie to their customers about the problems with their 100% co-located data centers. This false information has gone out as a broad communication from Oracle’s competitive intelligence. And the logic was presented in debates on LinkedIn, responses for which we have copied in this article for analysis.

|”….apart from the building itself, everything done by big red. the claims in the article are totally false.” – Selim Daoud

The comment here defines what a co-located facility is. Nothing in Ahmed’s article said otherwise. And Ahmed’s article is declared entirely false — which is odd, as the claims were supported by complaining customers, one who wrote an article on LinkedIn describing their problems with outages. This was our response.

” Selim, This article states that the areas of colocation facilities, which means that Big Red would, of course, do everything. That is what colocation means, and the article did not say otherwise. Colocation facilities are a low-quality way to build the cloud. Secondly, they give Oracle a way out of the SLA. Because they can blame the colocation facility. Therefore, Oracle’s SLA that Oracle resources keep talking about is fake. If you disagree, explain why Oracle does not credit downtime. Or do they credit downtime? If so, please explain. Because that would be news to us.

|Thus far its difficult to see how you know if Ahmed’s client was complaining about Oracle cloud outages.

|When all Oracle resources talk about the cloud, shouldn’t they tell customers the SLA is not real? The information that these facilities are cheap colocation jobs came from Brightwork, not from Oracle. I doubt that Oracle ever brought up the fact they don’t even own their own data centers to Wall Street.

|I was able to find this article which describes QTS and AWS for colocation. However, it is geared towards customers that want to use QTS data centers for their hybrid cloud. https://aws.amazon.com/marketplace/pp/B076BL73JG” – Shaun Snapp

“I was referring to this https://www.wikileaks.org/amazon-atlas/document/AmazonAtlas_v1” – Shaun Snapp

And we replied with the following:

“That is a very interesting document actually. Thanks for sharing that. I noticed Equinix on the list. However, my question is how many of the colocation DCs are listed in that document but are outside of the AWS network? I don’t think AWS claims, for instance, Equinix DCs as part of its network. That is this may be a list all of the DCs that AWS interoperates with. I am open to whatever is the correct interpretation. But I don’t know from looking at this list what that interpretation is.” – Shaun Snapp

Selim Daoud had no response to this comment. Either Selim Daoud had no idea what he was talking about, or he was deliberately providing misleading information that was then picked up by Oracle’s competitive intelligence, and is now being spread to Oracle customers. An Accenture Sales Director then shared this same false information in the following comment.

Ahmed Azmi then asked Laura about the Oracle outages.

No, I am asking you about the specific Oracle customer complaints showcased in this post. I am asking about the customers you ignored. How do you explain their complaints? They are saying, in their own words, that Oracle cloud has repeated outages every month and every quarter and they get no service credits for these outages. I am asking you to explain their complaints NOT to talk about Wikileaks. Secondly, we are not talking about occasional outages. Did you read what the customers are saying? We are highlighting a major systemic problem with Oracle’s cloud operations.

These outages are happening every month and the unplanned ones often last for 24 hours.

This doesn’t happen with other cloud vendors. Finally, you talk about fairness to Oracle! How about some fairness to those customers who have to resort to publishing public complaints on social media because they are losing revenue due to outages? We have many SAP customers running SaaS apps on AWS, Azure, and GCP. We almost never hear them complain about outages and when outages happen, they don’t complain because (a) time to recovery is fast and (b) they automatically get credited on their next billing cycle. That’s NOT the case with Oracle cloud. Read the customer testimonials please! ” – Ahmed Azmi

We then have to explain to Laura, as we had said to Salim, that the list they provided were external locations to AWS, not internal.

“Laura, You are mixing up internal versus external data centers. AWS has a series of internal data centers that are owned by AWS lock stock and barrel. They are custom designed by AWS. But AWS allow connects to collocated centers but that is for hybrid cloud — these are external locations — they are not mentioned as part of AWS’s overall network. This is the same as connecting to a customer’s hybrid cloud on premises. Oracle Cloud is different. 100% of what they list as internal DCs are collocated. So do you see the distinction? Your analysis of AWS’s outages are also incorrect. AWS is relied upon by many customers. When they have an outage people notice. Almost no one notices when Oracle has an outage because so few people use their cloud, which we covered here.

hese topics are beyond the capacity of any salespeople I have ever worked with to understand. This deals with proportions, technology, so your comments on these topics will have a high error rate.” – Shaun Snapp

To which Ahmed Azmi added the following.
Most of these are CDNs Shaun Snapp. They’re used to provide local access points or private connectivity. Everyone uses those even outside the tech world. Netflix has many of these all over the world where they provide services.” – Ahmed Azmi

The most important thing to note is that while the Oracle resources could not come back with an explanation as to why they were presenting external AWS locations as internal. They included links to a list of AWS facilities. The official AWS domestic facilities are easily viewable at AWS’s global infrastructure page. 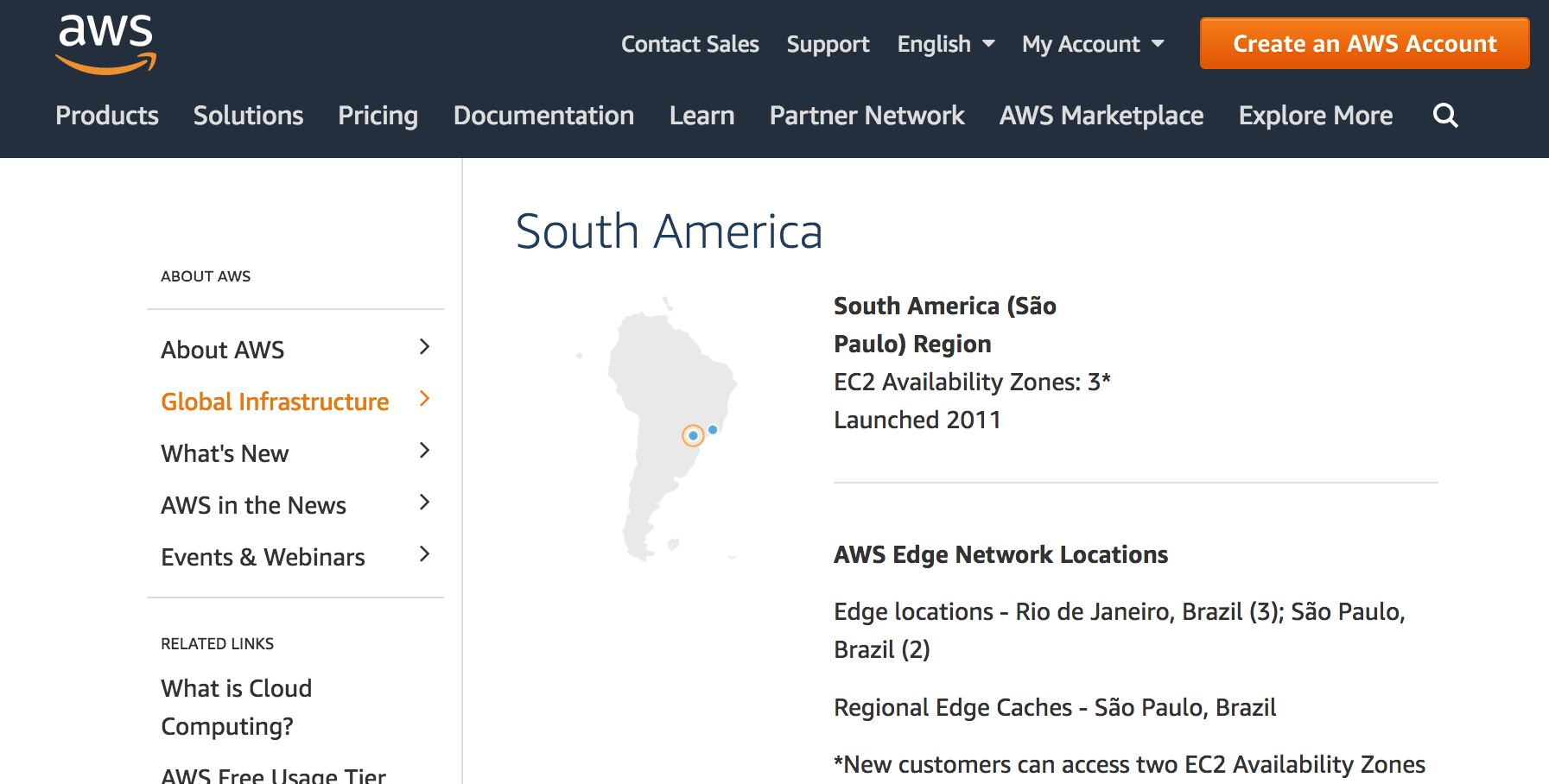 On this page, it distinguishes internal and edge locations. Even the most straightforward analysis of the documents shared by the Oracle resources or proponents show that there an enormous number of locations listed. But AWS does not have anywhere near that many internal locations. Notice there is only one internal location in South America — in San Paulo. Below this, the Edge locations and Regional Caches are listed. 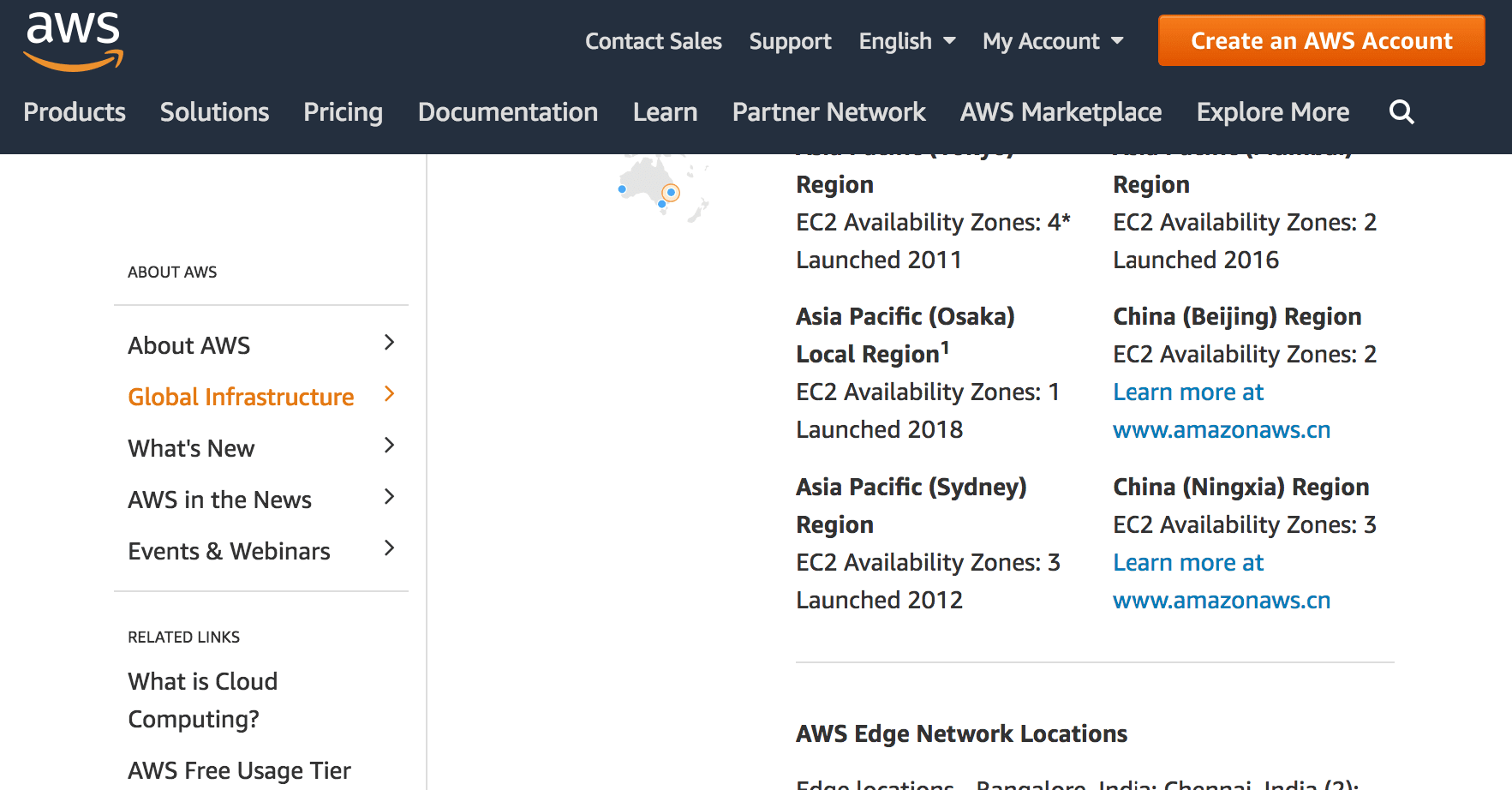 Asia has far more locations than South America. Again, the Edge locations are called out very separately from the internal AWS locations.

Oracle’s entire argument is based upon the idea that it does not know the difference between internal versus edge locations.

Oracle’s competitive intelligence later took this idea, and distributed this false idea anyway, under the belief that some lie is better than nothing.