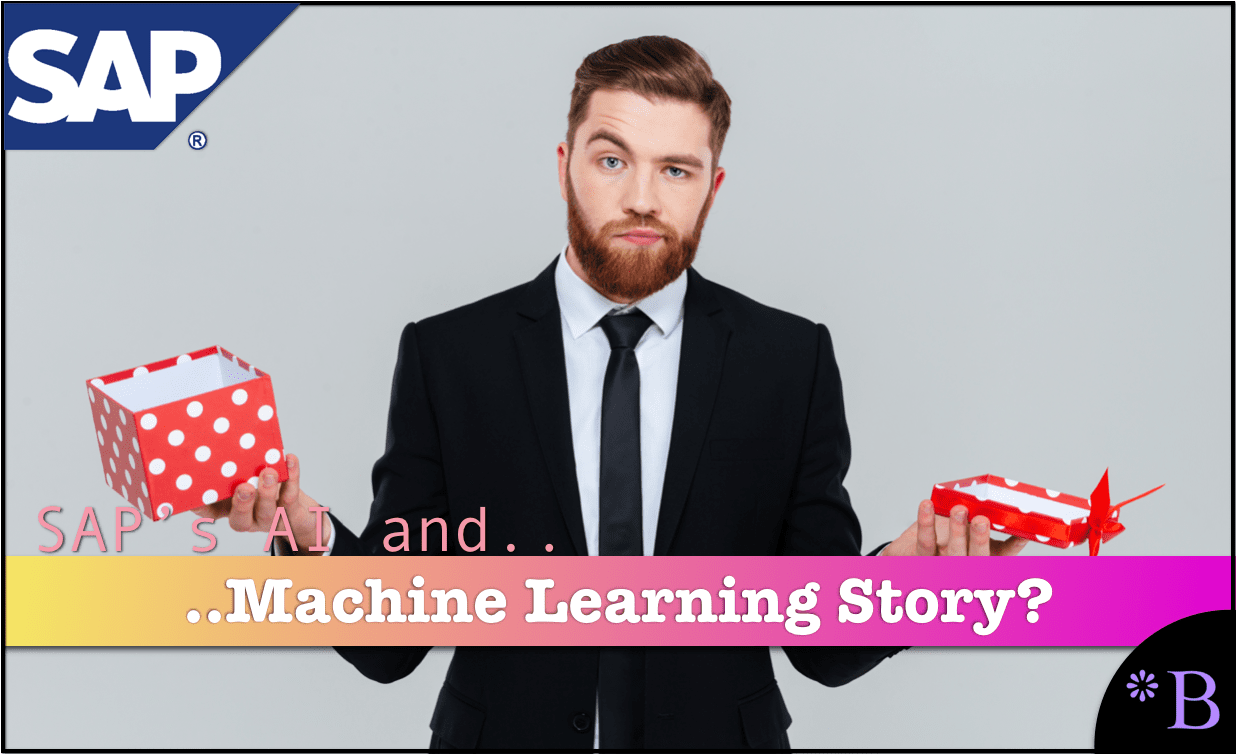 The term machine learning has been growing as a term to use and is now migrating into software vendors who appear to be intent on using it to sell software.

As we can see from Google Trend, the interest in the term Machine Learning is growing. It is now four times more popular as a searched term than it was just a few years ago. 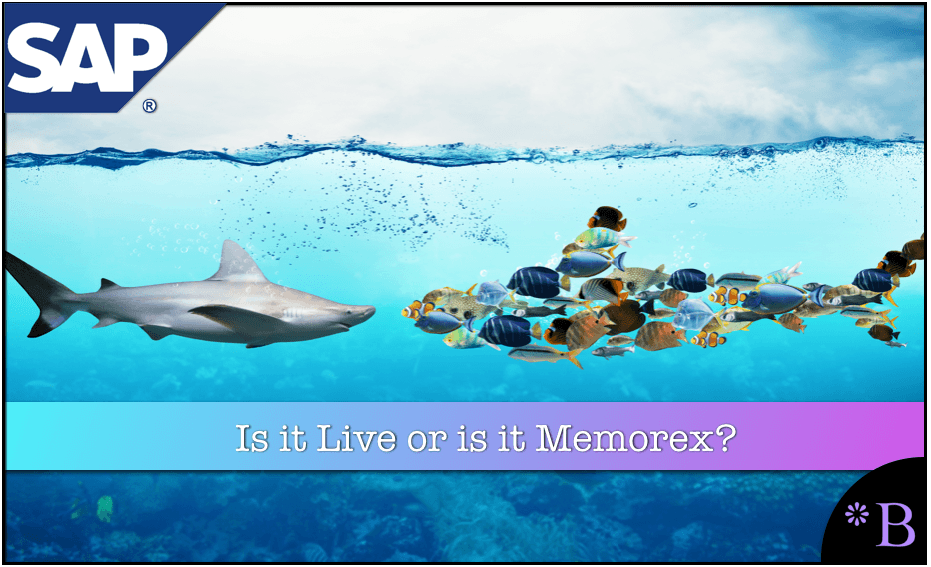 SAP has a lengthy history of co-opting things. It has nothing to do with it. Marketplaces, collaboration, inventory optimization, good UI design, databases, IoT, HTML5, the list goes on and on. SAP can immediately partner with a company, and claim capabilities merely through an association of a partnership.

How SAP Has Co-opted the Term Machine Learning

This is a typical video for Leonardo, SAP’s IoT, and ML solution.

The term machine learning has begun to appear on SAP employees with startling speed. People with no background of any kind in forecasting or statistics, and from utterly unrelated backgrounds ranging from CRM to Hybris to Fiori, now have machine learning attached to their titles on LinkedIn.

Here is one example…

What an exciting combination of skills!…..ML has nothing to do with Hybris or S/4HANA or logistics. ML is now just something to add to the new sexy term.

This is categorized as ML, but the approach applied is ARIMA, which is a selection of options which include Exponential Smoothing, Seasonal Trend Decomposition, Trigonometric Box-Cox, Holt-Winters.

This video proposes ML as a way to automate intelligent decision making in a company. It sounds like artificial intelligence and makes it sound like ML works like Skynet from the movie the Terminator. But ML algorithms don’t work like this at all. They are highly specific and run by data scientists or analysts, and they must be set up and will address a narrow area. In the scenario outlined by the video, the company that purchased this software would not need people really outside of performing physical work, as SAP “Skynet” would be doing all the thinking.

Repeating Claims Made in the Past That Never Occurred

Something to observe is how close SAP’s claims are in machine learning to its earlier claims made about analytics. Notice this video, which was published in 2013.

This video was made over 4.5 years ago. At that time, the term was “analytics.”

The claims appear to be almost identical, but instead of using the terms predictive analytics and predictive algorithms, SAP merely substituted the term machine learning for the older terms, and now makes the same claims but with a different term. SAP’s analytics solutions keep permutating and dying off.

Interest, as tracked by Google Trends in Business Objects, has declined by a factor of 7.5 since before the SAP acquisition. For a while, Business Objects was going to be ported to most of SAP’s accounts after the purchase, but now Business Objects is in a steep decline and is barely discussed on SAP projects.

Then SAP Lumira was going to be the “Tableau killer,” but it has disappeared mostly from the market, although interest in the product is still there. Still, it is declining.

What Happened with HANA Predictive Analytics?

Therefore, SAP stated that it had ML algorithms in 2013, but for whatever reason, called them predictive analytics.

SAP has a way of explaining things so that they are maximally confusing, and the boundaries between what the different items do are blurred. By listening to SAP, you know less about a subject than before you started. SAP’s statement regarding analytics does not describe the analytics application that sits on the database. This would be the same as saying one is running ERP with Oracle 12c or IBM DB2. Analytics and ERP systems are the application. You work in the application. The application sits on the database.

What tool is being recommended to work with HANA, it seems like a tool called Predictive Analytics? That is what the screens shown in the video are? Does that product exist? It is 4.5 years since this video was published, and where is the SAP product Predictive Analytics?

To appreciate SAP’s latest attempt to co-opt a term, one must review SAP’s history of co-opting other areas.

Previously, with HANA, SAP pretended that they were better at databases than Oracle or IBM or Microsoft. That assertion has had seven years to be evaluated, and it has turned out to be untrue, which we have covered in articles like What is the Actual Performance of HANA?, and HANA as a Mismatch for ERP and S/4HANA.

Now SAP is trying to propose that with virtually zero histories in even linear regression, they are the best company for machine learning.

However, other large vendors like SAS have been deep into the types of mathematical programming that are the basis for machine learning since their inception, with SAS owning a major development language for statistics. With HANA, SAP proposed it was better than Oracle in databases. Now with machine learning, SAP is saying that it is better with statistics and algorithms than SAS.

Machine Learning is an incredibly misleading term that seems, the less ethical the software vendor, the more they are willing to proposing magical improvements from the usage of the technologies that underpin the term.

SAP as one of the least “reality bound” vendors that we analyze, so naturally, they have recently come out of nowhere to tout all their great machine learning conquests. We expect machine learning to be SAP’s new “girlfriend or boyfriend” for a while until something else topical arises, and then SAP’s marketing department with tires of it’s current “girlfriend or boyfriend,” and move on to the next.

Machine learning describes a series of mathematical approaches to data analysis and a prediction that apply to multivariate data sets. Most forecasting today in business is univariate…. so for example sales history. Machine learning means the use of multivariate data sets. Thus sales history + weather or + product family or + economic factors, etc..

The way in which machine learning is really at least in part old wine in new bottles is the analysis of how many of the machine learning algorithms for the programming language R, are categorized as the following: 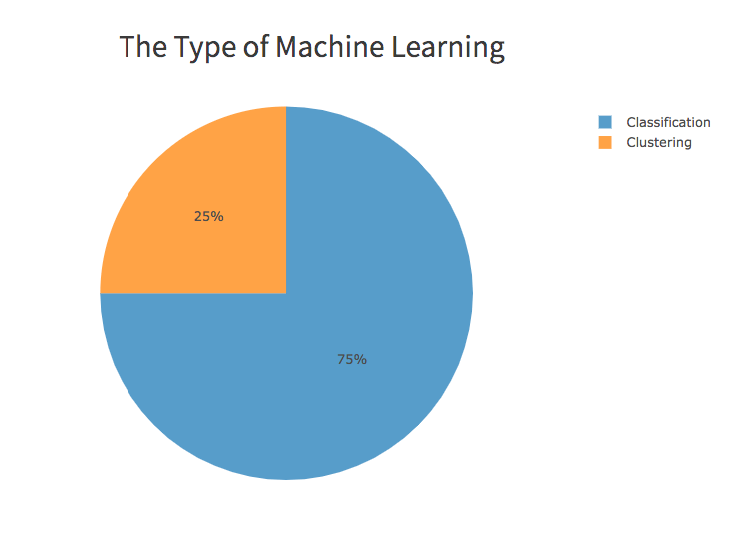 Classification places observations into buckets, and the classifier algorithm performs this. If the classification were known, then it would be assigned already as a field. So, for instance.

But the intent is to run the algorithm such that the new classification can be found, and for forecasting purposes, be used to perform forecasting. The desire is to find a classification that has predictive power. Interestingly, classification is often performed with logistics regression, which is a regression with the dependent variable is not numeric, but is a category (So Blue, Green, Red, etc..)

The way ML algorithms are often classified is by being..

That is, they are often both classification and regression or some other combination.

However, as a classification is a type of regression, we can see the thread of ML coming back to regression.

Clustering is similar to classification, but very much is attached to the graphical presentation of data, hence the ability of the algorithm to separate out a scatter plot into clusters. Clustering is far less common in the business world than it is in the sciences. 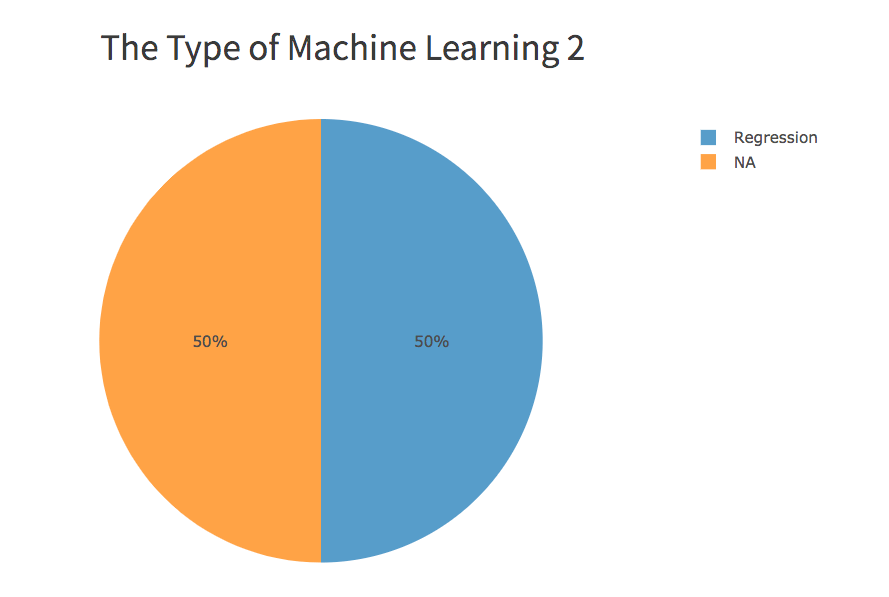 Of the most common ML algorithms, 1/2 are a type of regression. 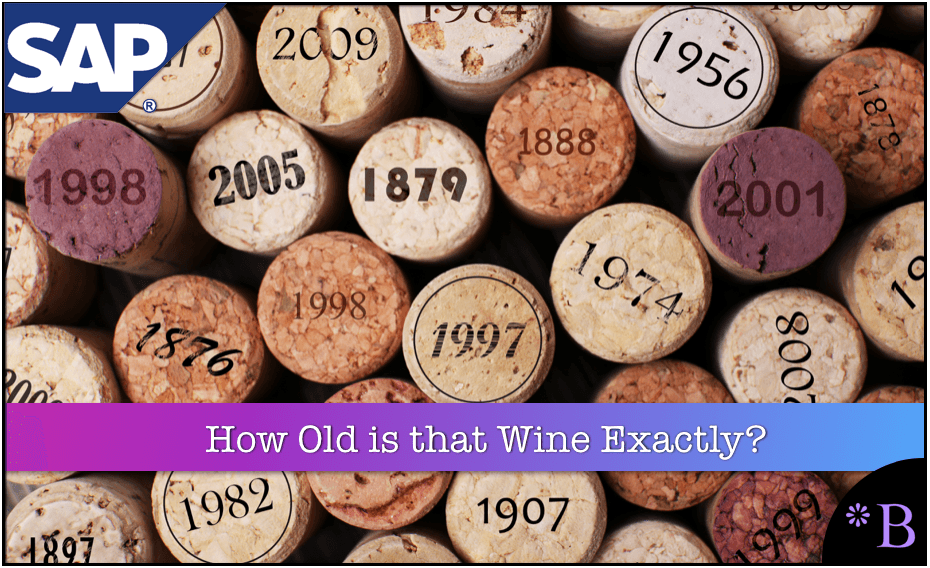 It’s time for a cork check on the hype around machine learning! Many of these ML methods have been around for a long time.

How New is the Bottle of Machine Learning

Hardware and software keep improving, so in essence, progress is continual. I was checking a functionality recently in software that was written around 18 years ago. It required a detailed 3.5 pages of code with various if statements to process what is processed today with a single command. But with ML, there seems to be a clear intent to explain it as something completely new. Yet, regression has been around for a very long time. Regression is available in SAP DP, which is a supply chain forecasting application, for example. However, it is not very much used. This is because it usually is too complex to be implemented in a business setting that has typically short timeline expectations for improvement and where more complex methods take more training time, which usually is also in short supply. This is jarring to people that do not work on forecast projects, but it is my observation from working on many of them and having been on forecasting projects since the mid-1990s.

Sometimes the topic of environments that use SAS for forecasting comes up. SAS is a sophisticated high investment type of forecasting product (primarily that is, they have a more standard forecasting product, but it’s not their bread and butter). However, it is essential to recognize that SAS is infrequently outside of just a few industries. For example, SAS is very popular in finance and insurance, where the budgets are far more significant than usually is the cases, and there is much more time to concentrate on producing sophisticated forecasts for a smaller number of forecasted items.

Machine learning has been around for a while, although it has just recently been picked up as a marketing term for some vendors, and this push is making ML become far higher profile than it was before. This does not demonstrate success with ML on projects. It does indicate that marketing departments at companies are publishing it, and expressing it as something important to customers.

Through SAP’s history, they have had precisely zero to do with machine learning, and all that SAP is doing it putting open-source algorithms into their software (perhaps that is) and declaring that they are all about machine learning. This will be true for a while, but will most likely change when a new “girlfriend” comes along, and SAP switches to whatever happens to be trendy at that time. When that happens, we can expect, as with predictive analytics, for the same claims to be recycled once again and applied in this case to XYZ rather than to machine learning or to predictive analytics. With no one fact-checking SAP, SAP is free to repeat this strategy out into the future.

SAP has no real interest in making any of these things work on customers. Their enthusiasm is in co-option to create something enticing to make sales and to pump up the stock price by tricking Wall Street. If SAP had a real interest in making things work, they would go back and reinvest in making the things that they made previous claims that they failed to meet. But they don’t do that. SAP is at this point in their lifecycle, primarily a marketing organization that jumps from hot topic to hot topic. That is the luxury a company that has such thorough control over the media output that is published about them, and the consulting advice that their partner consulting firms communicate to customers.

The Undiscussed Issue Around Machine Learning for Forecasting

The problem with machine learning, as presented for forecasting, is that the current error measurement within companies is undiscussed. Many projects, including forecast improvement projects, are sold without any consideration for the outcome. The intent is to make exaggerated claims and then stall the project’s measurement of results so that the maximum number of billing hours can be accumulated. This is currently a massive problem with AI/machine learning projects. 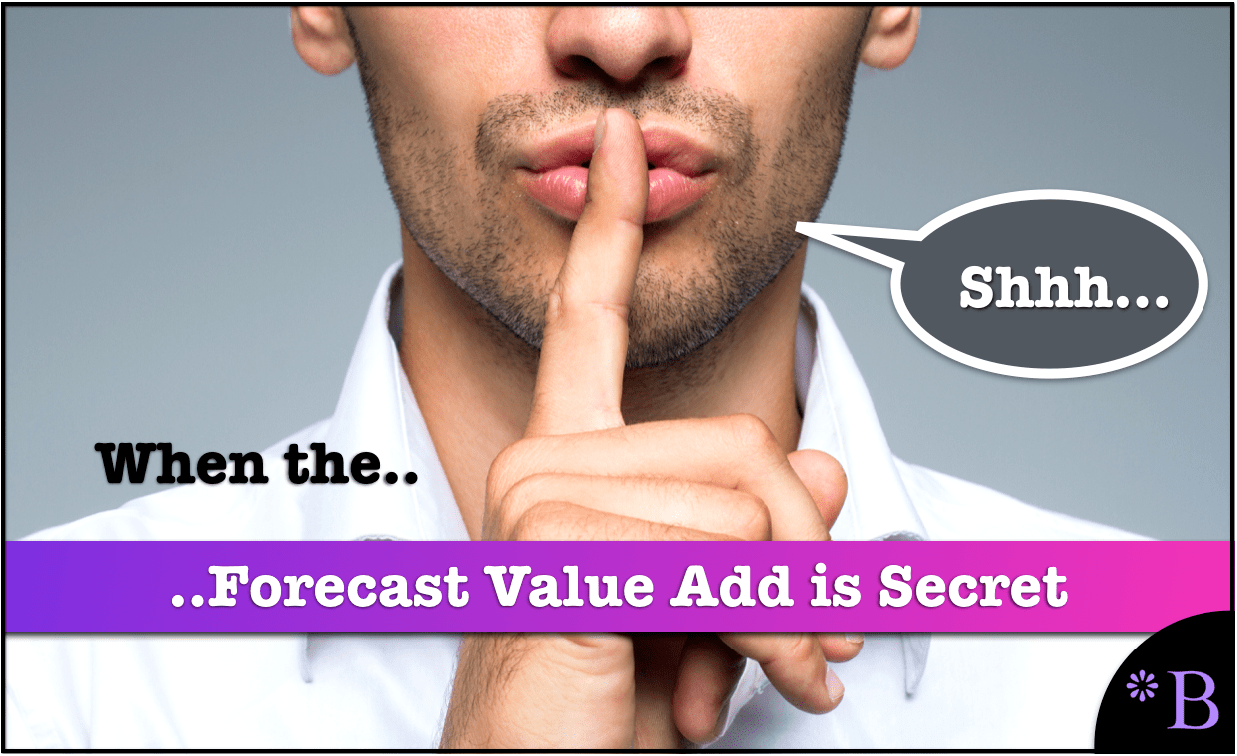 If your forecast improvement project as sold based on pretenses, you do not want the forecast value add measured. For this reason, IBM postpones forecast error measurement on their projects as long as possible, preferring to talk about how significant the INPUTS are and the tremendous future potential for forecast improvement.

IBM has been very clear that they measure success by the number of projects sold, not the forecast value add as we cover in the article How Many AI and Machine Learning Projects Will Fail Due to a Lack of Data?