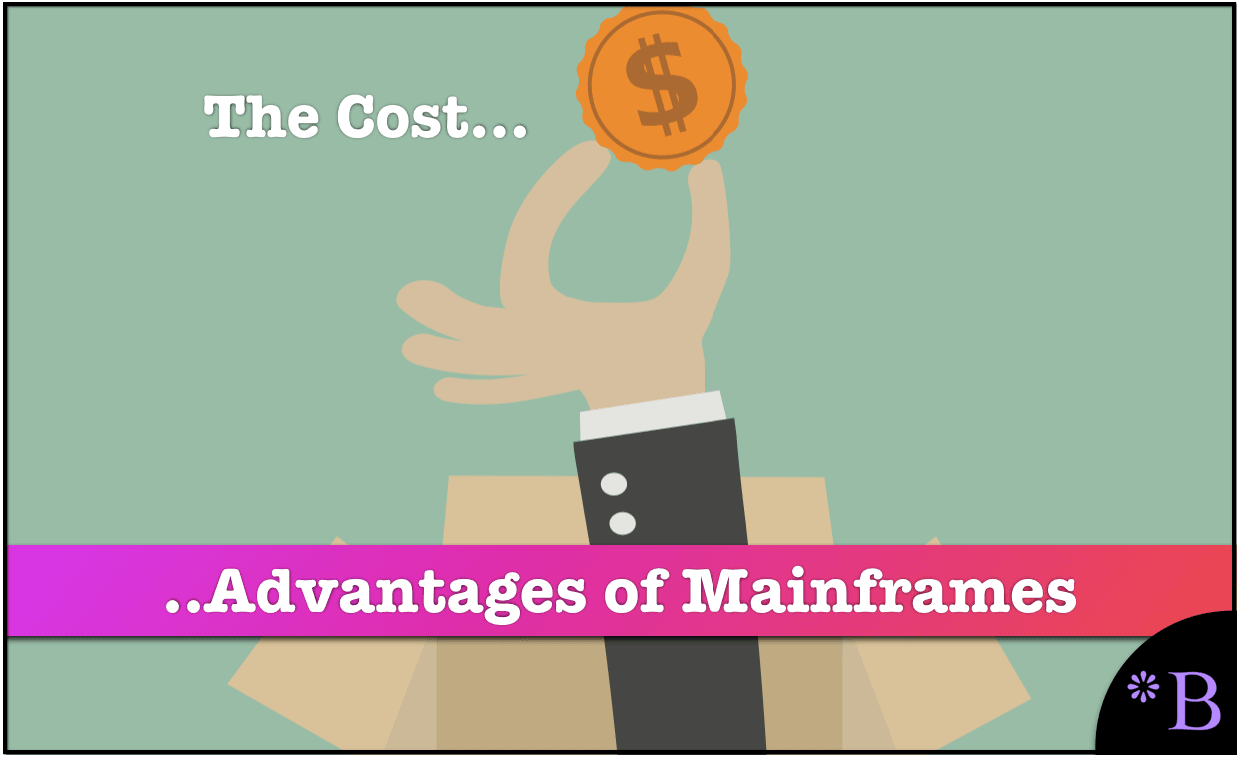 There are many advantages of mainframes, one being costs versus most proprietary on-premises servers.

What is undiscussed on the many consulting companies and vendors that have marketed how either servers or cloud should replace “legacy” mainframes is that many migrations from mainframes have failed. One thing to remember is that consulting makes its money on implementing systems and change. Therefore the more change, the higher their billable hours. As such, they are not reliable sources on what should and what should not be changed. Furthermore, if we look at the results of these recommendations, the outcomes are not encouraging.

Cost Efficiency of Scale Economies of Mainframe Versus Cloud

We predict that mainframes will have a deficient level of migration to the cloud. This is because mainframes have been very much whittled down in their market share to what they do best. And AWS and Google Cloud don’t have nearly the scale economies to beat mainframe the way they do versus on-premises servers. And the question becomes “why,” which is answered quite interestingly by the following quotation from Christopher O’Malley, the CEO of Compuware, a mainframe software vendor.

“The code-word for this is “economies of scale.” But economies of scale are only worth something if economies of lesser-scale are horrific in comparison. Internally managed distributed infrastructure fits this bill perfectly and AWS has seized the opportunity with impressive and profitable revenue growth.

AWS doesn’t—and won’t—sell IBMz as a Service for the exact opposite reason: Mainframe ownership is extremely efficient.”

O’Malley goes on to explain the distinction between mainframe and an on-premises server (client-server) scale economies.

“The elegant simplicity of the IBMz mainframe’s centralized architecture—combined with the collective effort of generations of dedicated mainframe professionals to perfect mainframe operations over multiple decades—has resulted in platform TCO that is almost incomprehensibly efficient…there is nothing in the mainframe world that even comes close to AWS’s TCO arbitrage in the world of distributed computing.

Even IBM’s own mainframe outsourcing business struggles to deliver economic value on the mainframe. IBM GTS customers almost always see too little savings and too much degradation in service. That’s because the inherent efficiency of the mainframe leaves IBM almost no room for profit based on economies of scale. So, instead, IBM must eke out margin by reducing responsiveness, forcing the use of inferior tools, cutting corners, claiming out-of-scope fees and under-equipping a low-paid offshore staff that is less skilled and less engaged than the customer’s original mainframe professionals. This disappointment in the IBM GTS outsourcing and the urgent need to mainstream mainframe development to align with their distributed DevOps culture, Agile process and preferred toolchain is leading more and more enterprises to bring mainframe development and operations back in-house.”

The Lack of Economies of Scale with Mainframe Management

Even IBM can’t manage their mainframes that they designed and built much more efficiently for their customers. However, AWS and Google Cloud can manage server farms more efficiently than their customers (and this includes managing the servers and hardware and managing the software – compute engines, managed relational database services, etc… No on-premises environment offers the range of services that can be spun up and down the way that the cloud service providers can).

This brings up a resounding question about the move to client-server in the first place. Was the client-server more efficient than the mainframe? We know that the initial purchase price was lower. Still, as a matter of TCO, the fact that AWS and Google Cloud are more than happy to compete against client-server on-premises environments, but not the mainframe environments of these same customers, call that proposal cost-efficiency long proposed by client-server advocates into question.

Dr. Rubin’s research shows lower costs across the board for mainframe versus client-server, which varies depending upon the type of transaction.

Dr. Rubin can break the cost difference down per various units of measure.

The Long-Term Problems with Server Efficiency

Looking at the tables above, one might be inclined to say..

“How can these numbers be true? Everyone “knows” that mainframes are more expensive.”

As we have previously discussed, servers are known to have shallow levels of utilization. Normally estimates are around 5 to 15% of servers are utilized on average.

This is explained by Janet L. Sun of Rocket Software.

“If you are looking at acquisition hardware costs, certainly a single mainframe costs more than a single server or even several servers. But, you would certainly need more individual servers to match the compute capability of a mainframe. Add to that the idea that software and labor costs for servers grows linearly – the more servers you add, the more software licenses and the more system administrators are needed. And yet, the mainframe delivers higher utilization, lower overheads, and the lowest total cost-per-user of any platform. When all cost factors are considered fairly, the mainframe is usually the lowest cost alternative.”

The Problem with the Rise of Virtualization in the Server Market

Virtualization was designed to help rectify this, which led to rapid growth, particularly VMware. This was normally presented as an excellent thing. But it left a question unasked, which was..

“Why did servers require so much virtualization to begin with?”

As pointed out by Chris O’Malley, why is VMware a $6 billion per year business? How much of what was said about the benefits of servers vis-à-vis mainframes was true versus marketing hyperbole.

This is expressed in the quotation from Janet Sun.

“The recent trend to virtualize servers, and even the cloud “movement,” can be seen as an attempt to consolidate workloads, thus better utilizing capacity and reducing the number of servers. Essentially, it is trying to take a multitude of individual servers and create one giant “super-server” with sharable resources.

In other words, it is an attempt to duplicate what the mainframe already is, and has been for decades. The difference is with a mainframe you’re not layering yet another technology that has to be managed and can break down at multiple points on top of the one you’re already running. Also, the mainframe has been optimized for managing multiple disparate workloads. There are literally decades of hardware and software innovations that were specifically designed and implemented to ensure that the modern mainframe is the best “mixed workload” server on the planet.”

The Real Story of Why Servers Rose in Popularity Versus Mainframes

The real story of the rise of servers and the decline of mainframes is much more complicated than servers simply being less expensive (initially). The following factors played powerful roles.

The proprietary nature of mainframes is, in part, what opened the door for the less proprietary (but still proprietary on-premises servers). However, IBM has embraced Linux. In some ways, the modern mainframe is more open source than other hardware modalities (like Exadata, based upon Solaris, and proprietary servers that run Windows, for example). IBM also recently completed a rather exorbitantly priced acquisition of the Linux and Open Shift (a system based upon Kubernetes for running containers both on-premises and in the cloud) provider Red Hat. There is also an open-source project for mainframes called the Open Mainframe Project, which includes SUSE, CA Technologies, BMC Software, and Compuware.