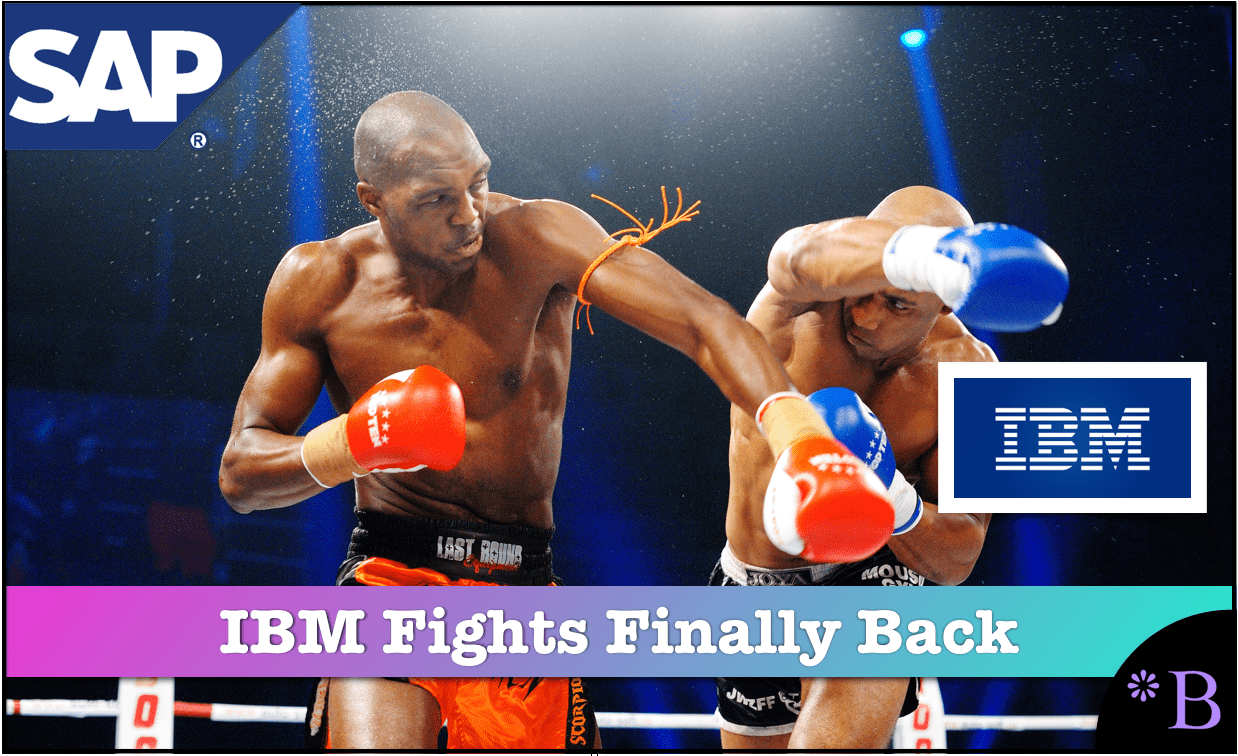 After many years of SAP saying pretty much anything that it wanted without Oracle, IBM, or Microsoft saying very much (outside of Larry Ellison), in June 2017, IBM and Oracle began to fight back publicly due to the longstanding partnerships between SAP and these companies. This pushback will lead to HANA’s further decline as the HANA competitors have held back due to partnerships with SAP that they preferred for years not to unsettle. See our analysis of IBM’s anti-HANA slides that it recently released. 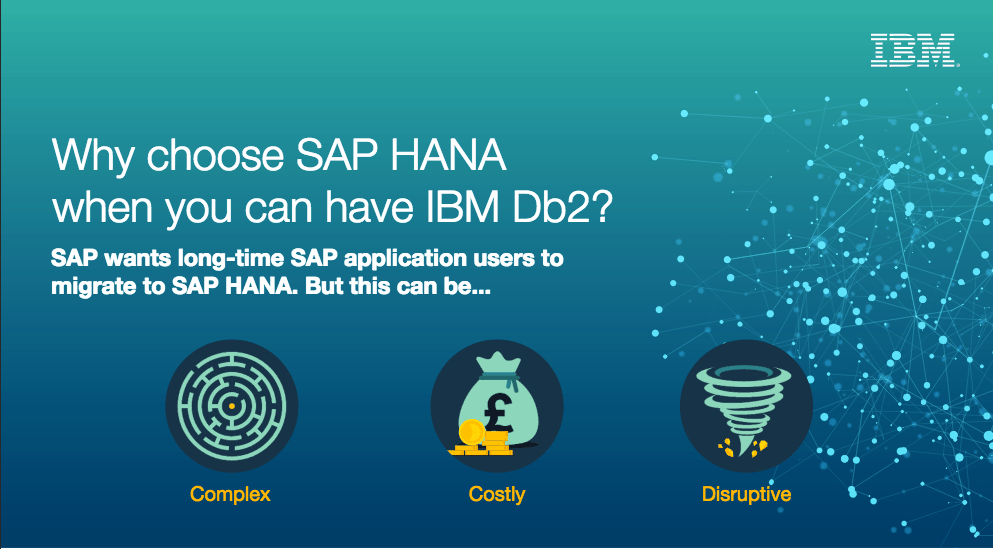 All three of these items are true and are covered by Brightwork in various articles.

SAP’s Oversimplification of How Database Memory is Optimally Used

When SAP introduced HANA, it came out with a very oversimplified explanation of how it worked and how databases use memory. They had created a true innovation in SAP’s statement because the entire database was loaded into memory.

However, very few of a database’s tables are typically operated upon at one time. Therefore, moving all the tables into memory, a prime selling point of HANA is quite wasteful. And SAP’s database concepts lag other vendors because SAP is new at databases.

SAP will not allow a true competition between DB2 Blu, SQL Server, and Oracle 12c. The reason is that SAP wants to sell HANA, as is covered in the article What is the Actual Performance of HANA?

Brightwork has performed some of the most independent research on HANA. And in our view, it is unlikely that HANA can compete in performance with the competition, that SAP has been saying it is so much better than. It also cannot compete regarding maintenance overhead. 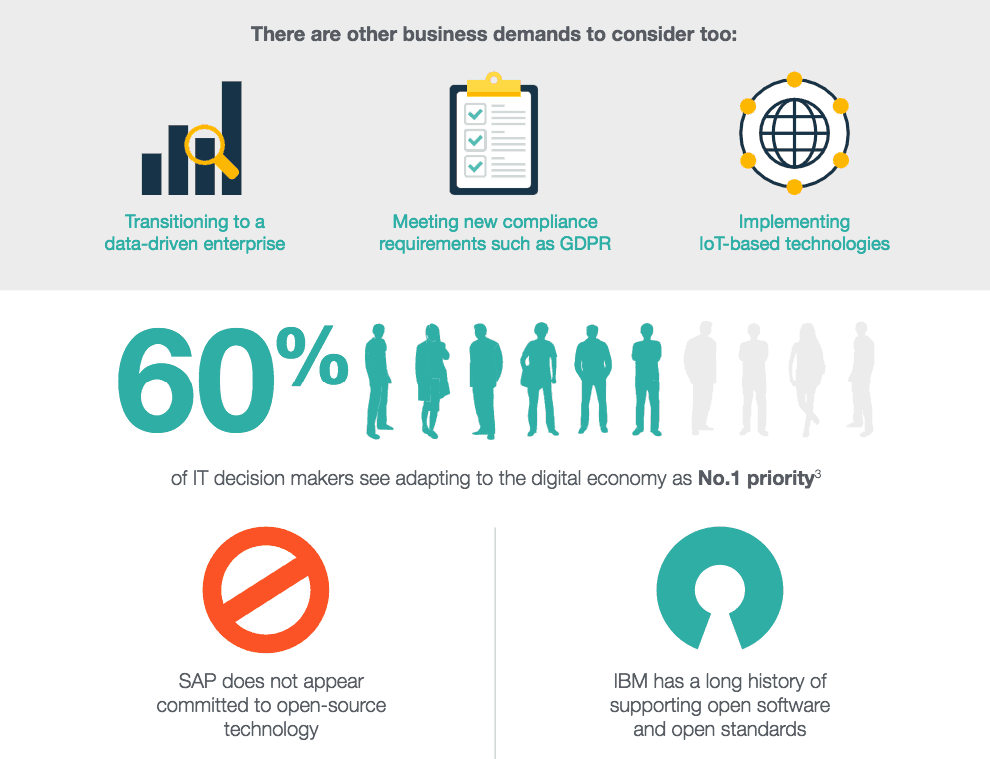 This is true. IBM is underplaying its hand in this slide. But SAP intends to use HANA to lock in its customers. This is covered in the article The HANA Police and Indirect Access Charges. SAP is a problematic vendor and fits many new areas, such as Big Data and IoT, as these areas are based upon open standards. 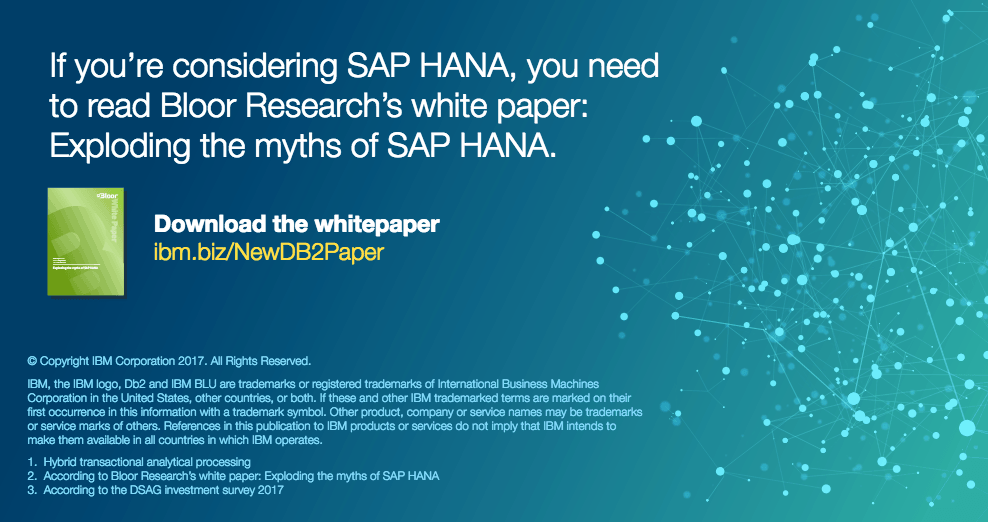 While IBM funds this paper, it received one of Brightwork’s highest accuracy level estimates at 9.5. Customers should read this white paper, and Philip Howard did an excellent job writing it. We covered in the article How to Best Understand Bloor Research’s Article on HANA.

For the first time publicly, at least, IBM is pushing back on HANA. SAP exaggerated HANA’s benefits, as is covered in the article When Articles Exaggerate the Benefits of HANA. SAP’s complaint surrogate network of consulting companies also repeated false information from SAP to their clients. SAP consultants who do not work for SAP have been exaggerating HANA’s benefits without having any evidence or understanding HANA or having the first-hand experience on projects where HANA was implemented. That is, they have been repeating falsehoods presented to them by SAP.

SAP expected that IBM and Oracle should be quiet about HANA and value their partnership sufficiently so that SAP would be allowed to bring in an inferior solution and market it as superior to IBM and Oracle’s RDBMS offering.