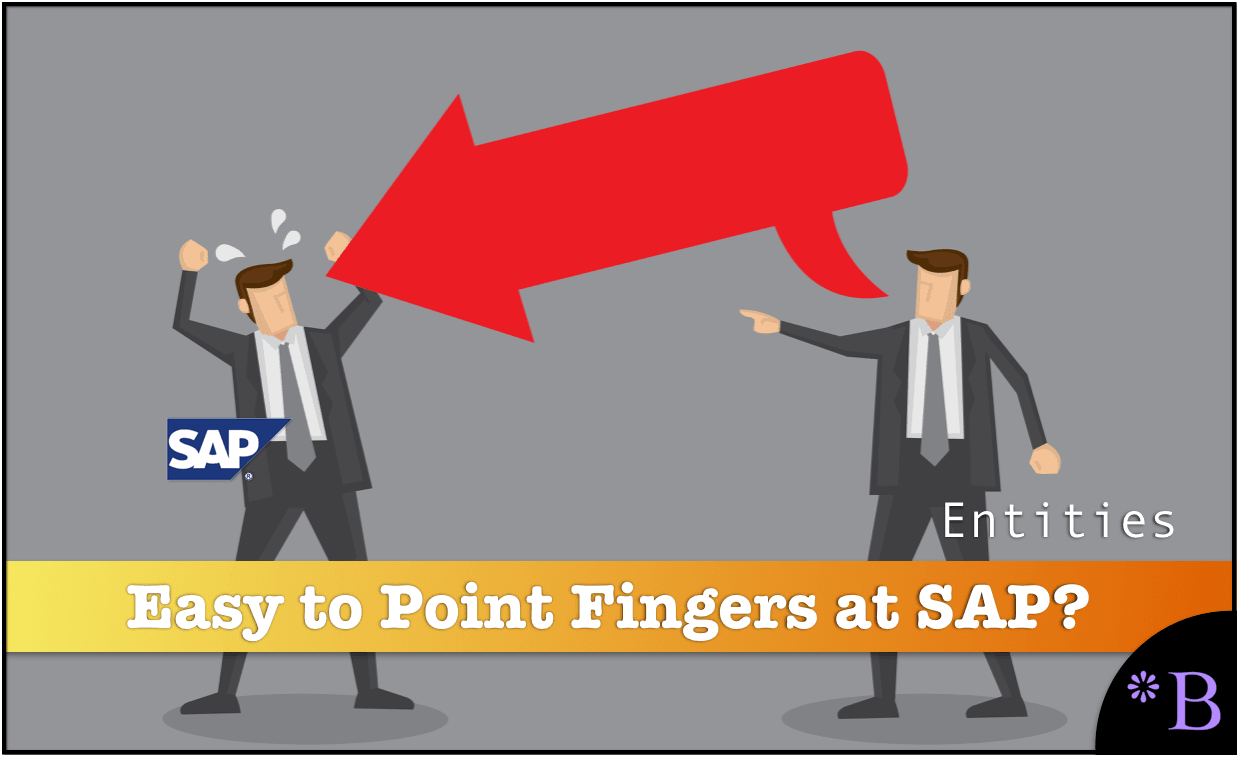 This article is in response to a question we received about the reports of problems with S/4HANA.

The Quote on How Easy it is to Point Fingers

“Easy to point fingers,now what? Name one mega ERP provider, there are major disasters associated with it…from SAP to workday. Two sides of the coin..three in this case: Software developer, SI and customer. SAP has brilliant minds, I am lucky to know many, but SAP does not own the customers’ processes. Deloitte abounds best consultants, I was there, but Deloitte might not have the best insight into new SAP products or the customers’ real requirements. Customer is not always right here and can certainly be at fault for turning blind eyes counting on SAP or SI to take you down to the unnumbered new house. Until a day everybody runs a process that spells 1,2,3, best chance of success always goes to the three-horse carriage.

Our Response: If it is So Easy, Why Does Almost no One Do It?

The first premise of this comment is not correct.

The SAP space is primarily filled with financially biased entities that rig information against buyers. They not only don’t point fingers, they mindlessly repeat whatever SAP says. So as we are one of the only entities of many thousands to call out SAP, it appears that pointing fingers at SAP is, in practice, quite difficult.

Secondly, we pointed fingers before any of this happened. We predicted the wide-scale problems with S/4HANA while Deloitte and co. were telling everyone they should move to S/4HANA.  Just one of our articles dealing with clear exaggerations around S/4HANA goes back to April 2016 in When Articles Exaggerate SAP S/4HANA Benefits.

We covered who got S/4HANA right and got it wrong in this article, Who Was Right About S/4HANA Readiness.

As far as ERP projects having high failure rates, this is true, but S/4HANA has a higher failure rate than any other we track — and this is for one obvious reason. Since its introduction 4 years ago, S/4HANA has not been ready to be implemented. SAP has falsified an enormous number of its go-lives. See our research for the details 2019 Update: How Many Live SOH, and S/4HANA Customers Are There?

S/4HANA has failed as much as it has because it was a product that was immature but presented as ready. If companies had known the actual maturity of S/4HANA, it would likely have not been implemented.

Neither the article nor any of the comments have anything to do with the customer’s processes and do not state or take the position that the customer is always right. In any case, these were not the primary factors for the S/4HANA failures. Many of the S/4HANA customers were already ECC customers, and S/4HANA has no new functionality, so why would the customer processes be related to the issue? Secondly, customers are actively hiding S/4HANA failures. So this is not customers making a claim. This is the evidence coming out through direct contacts from lower-level employees direct to us or media coverage.

We called this correctly years ago, while all of the brilliant minds you talked about in SAP mislead customers about S/4HANA. If you want to talk about solutions, companies and taxpayers could have saved many hundreds of millions if they had listened to us rather than Deloitte and co. That seems like a pretty good solution to us.”