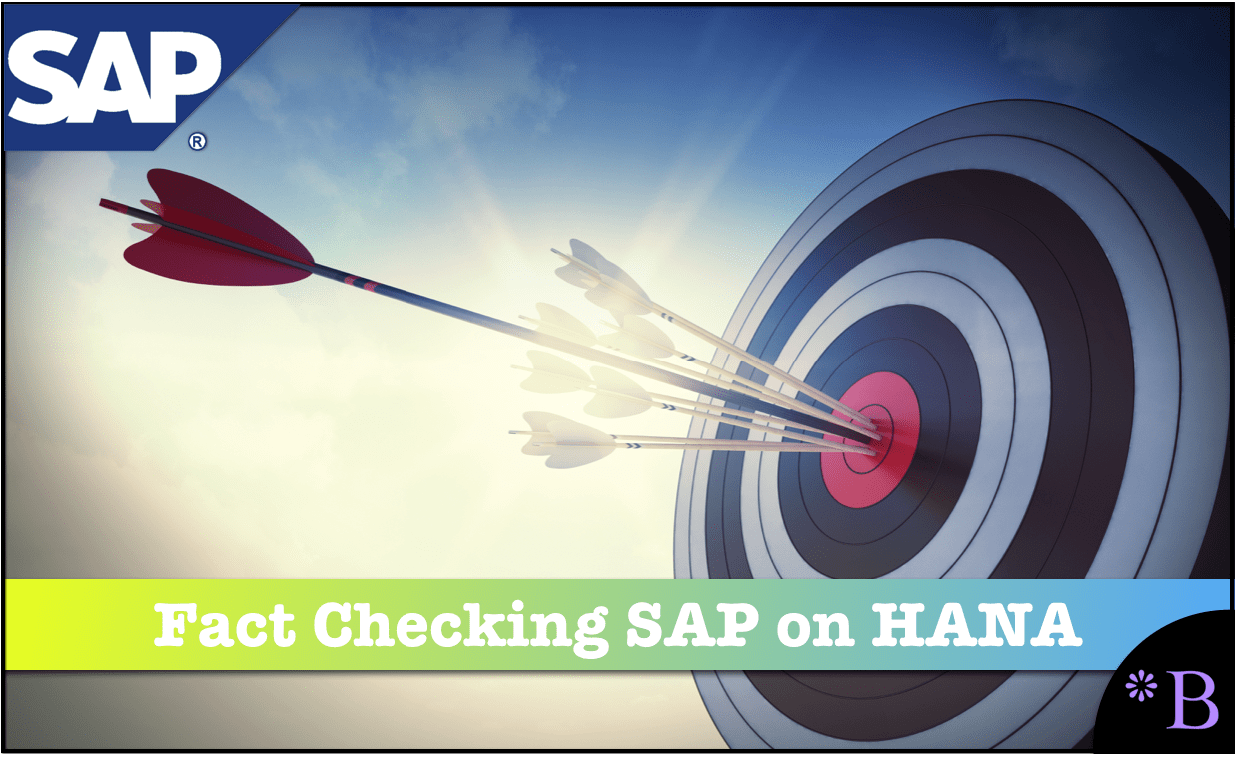 SAP has been communicating to customers that they should buy BW4HANA for BI under the premise that SAP is not designed to integrate well with 3rd party solutions.

This is pointed out in the following quote.

“HANA is widely SQL92 compliant, CDS views are an extension of SQL92. It may be an issue that third party BI vendors do not yet invest in HANA extensions and optimizations. Anyway, there is no CDS view that can only exist in S/4 or BW/4HANA. In the end it are native database artifacts that can be created via DDL statement.” – Dr. Rolf Paulsen

Could SAP DP or BW Survive as Independent Products from SAP?

From a good competition perspective, the basic concept of an efficient software market is that a company makes a product which it then sells to other companies that find the product of value. The enterprise software market is different from most other markets, including the consumer software market, in that the capabilities and performance of the product are not immediately apparent at the time of purchase.

Companies that buy enterprise software don’t typically understand fully what they have until far after the time of purchase, past the design phase of the implementation, and close to and sometimes after go-live. The enterprise software market is marked by a great deal of lock-in. That is, once a purchase decision has been made, the company will typically not move away from the system for 5 or 6 years. The actual price paid for the license and support is a small component of the overall costs of implementing and supporting enterprise software (called total cost of ownership) and is enumerated in the post.

Both SAP DP and SAP BW or SAP BI cause many issues with the companies that buy them. These products exist and thrive because they are tied to other products within a software conglomerate called SAP. These are not the only SAP products that have these issues. SAP Solution Manager, XI, SPP, the list is quite lengthy.

Integration Based Competition in the Consumer Software Market

This is very similar to Microsoft gaining market share for its Internet Explorer (IE) browser, which was not a competitive product. At one time had over 90% market share because Microsoft had a monopoly in the operating system area and bundled the browser with the operating system and has made it impossible to uninstall. For the longest time, Microsoft’s IE held a very high market share of the browser market and proposed to the Department of Justice that they were not engaging in monopoly behavior. However, one of the greatest proofs is the success of a product when restrictions are removed or reduced. People have come to know there are other and better browsers and have responded by moving away from IE.

I would be curious to hear what Microsoft’s argument would be now, that they never behaved like a monopoly software vendor. Microsoft has repeatedly used a monopoly in a bad operating system to bring out other software that would never have obtained the success that it did, such as SharePoint and SQL Server, without being connected to Microsoft.

SAP’s arguments are based upon integration and the logic that customers must use what they provide. That says nothing about what is effective or good.