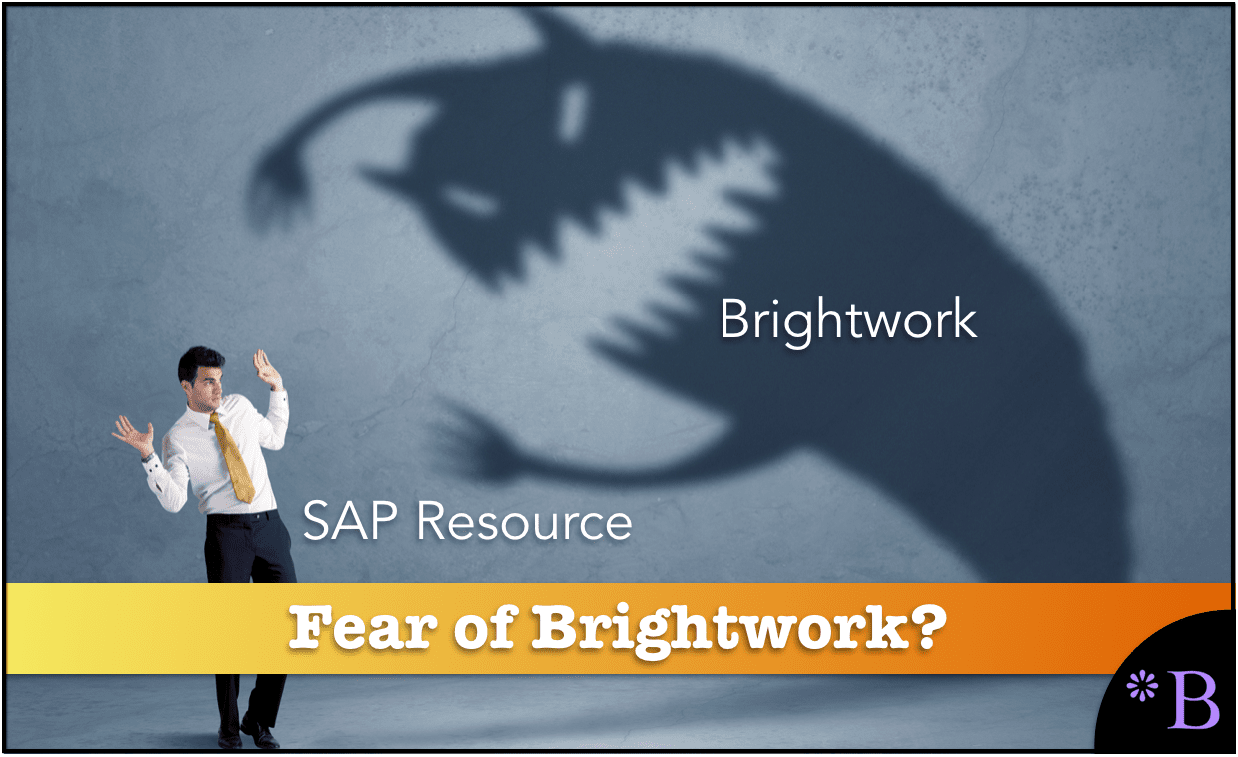 We perform fact checking, and we fact check SAP along with several other entities in the IT space. As this fact checking contradicts SAP’s marketing, this causes cognitive dissonance on the part of many SAP resources, for whom all they know is repeating SAP information. One such resource is Jelena Perfiljeva. 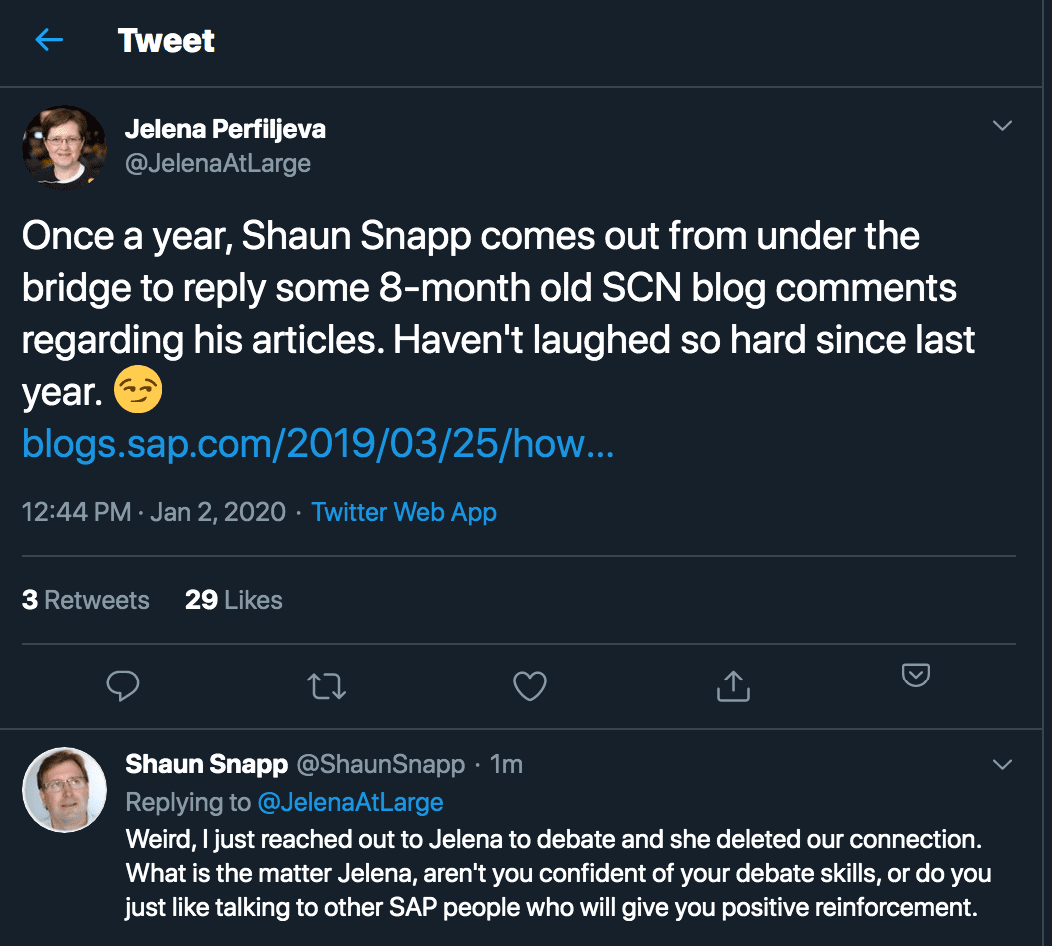 This tweet is in response to use contradicting anti-Brightwork comments on SAP’s page by SAP resources. The comments repeatedly asked for the SAP resources to do something other than making personal attacks and to provide specific details that Brightwork Research & Analysis published that were false. Not one of the SAP resources replied, which includes Jelena Perfiljeva. But what Jelena Perfiljeva did is instead change venues to Twitter, where she commented that I lived “under a bridge.”

Our Response to Jelena

We reached out to Jelena on Linkedin. Here is the message.

If you want to debate me, I am right here. We can have a debate on HANA or any other topic. What it looks like to me is that you are trying to stay away from any substantive debate and are trying to smear Brightwork, but without doing the work to understand the topics. A person with your background is not really in a good position to debate me, so you appear to be having an emotional reaction and are trying to get back at me.

Jelena’s response to this message? She disconnected from me on LinkedIn.

Jelena is generally offended by our repeated requests for evidence, as can be seen in the following tweet from Jelena.

I repeatedly asked for evidence or some specifics from SAP resources in numerous comments, and Jelena does not appreciate this. As with many SAP resources, they prefer to work off of feelings and not contradict Brightwork’s conclusions with evidence.

By categorizing a fact-checking service as a troll and she justifies being unwilling to support her positions. We have debated Jelena previously and found she argues about things she knows nothing about — and takes whatever position SAP takes and assumes it is right.

This is the same strategy used by Barbel Winkler as we cover in the article Is Bärbel Winkler Correct the Brightwork SAP Layoff Article Was Fake News?

Most SAP resources and Jelena Perfiljeva is yet another. I don’t care what is right. They are not able to debate their positions (Jelena is an ABAPer and knows next to nothing about most of the research at Brightwork) but instead choose to smear any entity that covers SAP but is not paid off by SAP.

SAP resources like Jelena Perfiljeva, Barbel Winkler, and so many others will tolerate an amount of inaccuracies from SAP and the SAP ecosystem because they feel like it lines their pockets. This is under the idea that any lie is acceptable, as long as it comes from your side.