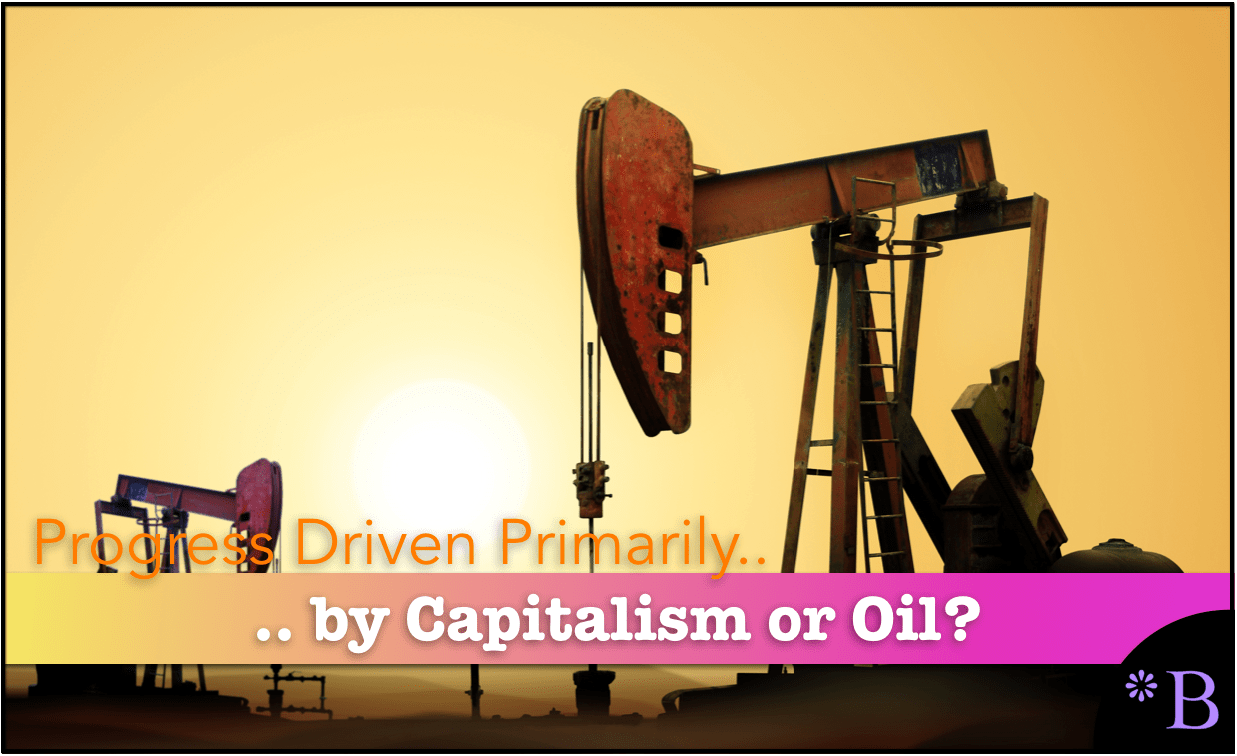 Capitalism is often discussed as if it is a recent invention. Even in Wikipedia, which I typically find a very reliable source of information, they state that capitalism has its roots in the activities of 9th to 12th-century Arab traders. In Europe, capitalism is thought to have arisen in the middle ages. Some of this has to do with the types of private property rights that were enabled (vs. property rights of the state.) However, Sparta, Ancient Egypt, Carthage, and almost every other major civilization had a merchant class, collected taxes, and had some form of private enterprise. Thus, it ‘s hard to see how these civilizations were not capitalist.

What Is The Definition of Capitalism?

Some of the problems are definitional. That is, if an economic system is not capitalism, then what is it? Typically the different economies are defined as capitalist, socialist, or command (aka centrally planned). Although it is a very loaded word, capitalism, has a humble definition.

An economic and political system in which a country’s trade and industry are controlled by private owners for profit, rather than by the state. – Apple Dictionary

This would only eliminate civilizations that did not have private owners, but which everything is state-controlled and owned. The vast majority of economies through history were indeed not centrally planned, and they were not socialist in that they had a small or no safety net when compared to socialist economies that we define as socialist today.

Thus, it’s hard not to conclude that the majority of economies presently, and through human history have been capitalist. 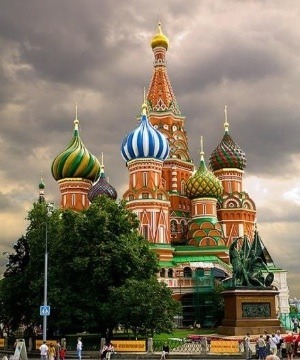 Another problem is that of scholarship. From my literature review, I did not find many books that dealt with capitalism past the last few hundred years. 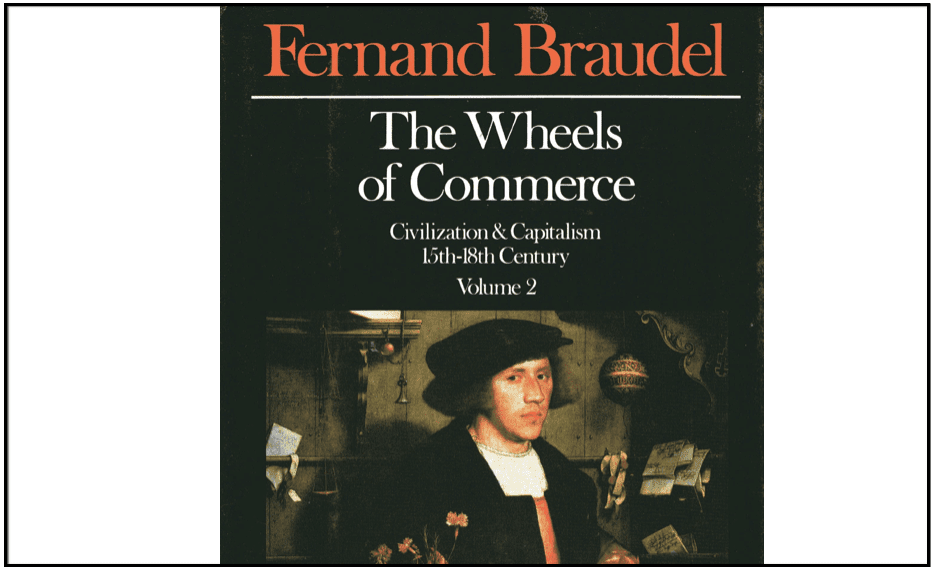 Fernand Braudel’s The Wheels of Commerce is considered one of the most comprehensive historical account of capitalism, but it only covers back to the 15th century.

Therefore it is essential to consider that economic history is not a vital topic for the study of history. History has a much stronger emphasis on art, politics, and warfare. Notice the number of books on these topics vs. the history of economics. In all of my exposure to economics, only one person, Michael Hudson, has brought up much about the history of economics. He pointed out that the Mesopotamians had, in a way, a better understanding of banking than we do today because they understood that debt grows in a continuous linear fashion. In contrast, the economy grows in an S pattern. The result is those interest payments eventually outstrip many borrower’s abilities to repay this debt.

The answer was that after a new king had come to power, the debt was forgiven, and the slate was wiped clean. It is unlikely that Goldman Sacks would like most people today to be aware of what the Mesopotamians understood thousands of years ago.

The study of economics is incredibly restricted in its historical analysis. Providing examples from the 1920s is about as far back as most economists go. This is a huge blind spot of the profession because it is a sampling of the human experience is just so small, and it makes the recent history seem more critical than it is. While political historians think nothing of going back to ancient Egypt to discuss the system at the time vs. more modern methods, economists rarely do this. 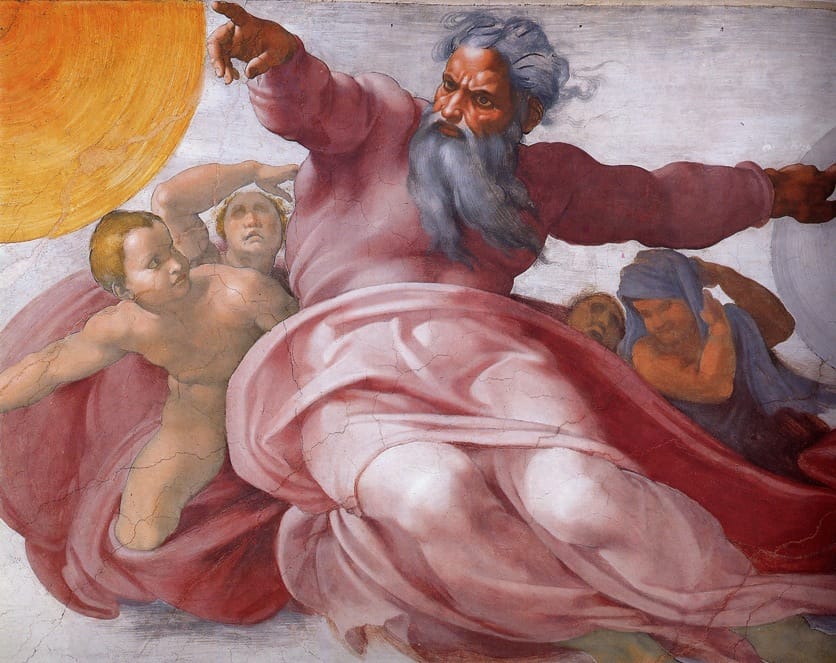 Much more seems to be known about Renaissance painting than the Renaissance economic system. However, this painting my Michelangelo was paid for by the Catholic Church, which was and is to this day; in fact, a capitalist enterprise and was apart from the state. The Vatican is a money machine, receiving income from all over the world in return for a “product,” eternal life, vague promises, etc..

Secondly, historical books before 1900 (which is roughly when oil increased from being exploited primarily as a heating or lighting oil) are filled with discussions of merchants, maritime traders, and marketplaces. These are all hallmarks of capitalism.

Most people who write on economics and business tend to lack classical economics training or understanding, and almost always have a low exposure level to science. Deprived of this exposure, they tend not to know what is and is not possible in science.

However, the problem is that understanding economics requires understanding science at least a basic level. Because they mostly do not, this causes writers to overemphasize economic systems vis-a-vis technological changes. This much is undoubtedly true:

Why Oil Made Such a Difference

It is essential to consider how energy-dense is oil. The oil contains as much energy in one gallon as a man can produce work in one entire year. This gallon can be purchased for $2 in the US. It also is comparatively easy to transport, store and handle, which differentiates it from natural gas and coal (and is more energy-dense than coal). However, if this amazingly cheap and concentrated energy source is such a boon for human civilization, why do economists rarely discuss it?

Why do most of the discussions regarding the phenomenal economic growth over the past 100 years always tend to focus on the economic system? Why is capitalism seen as something novel when it goes back at least 6000 years to ancient Egypt?

It would be difficult to argue that US foreign policy is primarily driven by oil. In the past several decades, the US has either bombed or invaded or otherwise sought to overpower and control the following countries.

And it is currently looking for an excuse to do the same to Iran and may still. The US is also aggressively observing developments in Venezuela, another country with enormous oil reserves.

Every single one of these military involvements has had to do with oil.

Even those that don’t initially seem like they are related to oil, like Afghanistan and Syria, are related to pipelines to move oil. The US marketing of the threat of terrorism is a cover story, which allows it to use the excuse to involve itself in those countries. Notice that there is terrorism in many locations, such as in Mindanao in the Philippines, however, for the US, the only terrorism it is interested in bringing to the attention of the US populace is terrorism in oil-producing countries.

If you are only interested in a particular phenomenon when it applies to countries that are of a specific type, that is a clue that you may not be all that concerned about the thing you say out are.

This scene is from the movie W. However, and it is not fictional. This scene is a replay of actual events — and notice that US policy at this time very strongly matched what is laid out by Richard Dreyfuss, playing Dick Cheney. 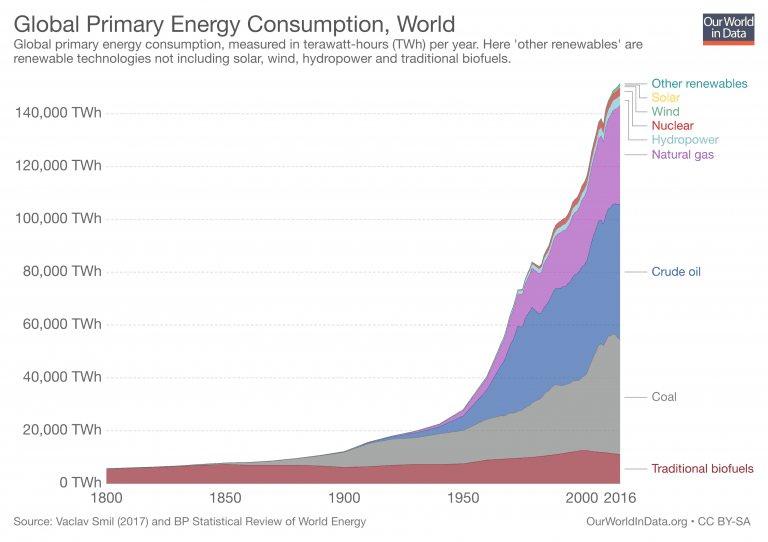 This graphic shows something else, the lack of success that humans have had in trying to replace fossil fuels with renewables. Of the three fossil fuel types (coal, oil, and natural gas), oil is dominant in transportation fuel.

Interestingly, this graphic does not at all match the discussions and coverage around energy in popular media, which tend to focus on renewables, which are only responsible for only around 1/16th of all energy used by humans — and this has not changed much even the past twenty years.

Therefore, even when we discuss energy as an isolated topic, we focus on renewables, which again highlights the “amazingness” of our innovation. There is hesitation in observing that we are mostly still using all the things that we have always used. Furthermore, renewables like solar, wind power, and hydroelectric, were built with the use of fossil fuels.

Have you ever seen a solar-powered cement truck? How long would batteries work in keeping the cement cylinder rotating, on in transporting the enormous weight of the cement?

Imagine trying to build a dam with renewable energy itself. The dam is communicated as green development. However, it was constructed entirely with fossil fuel, and its upstream impact on the river is also not green. When the base fills with silt, it is dredged with a barge that runs with….yes, you guessed it, oil.

Without oil, this overpass, nor the road system in developed countries, would be built.

Without oil, there are no airplanes. Oil is the universal fuel of air transportation. At some point, we may have figured out how to liquefy coal or air transport, but there is no getting around that air travel was made possible by the energy density of oil.

Conclusions and the Misinterpreting History

The problem of misinterpretation of history is a serious one. If we are lead to believe that it is economic systems that were responsible for the change in standards of living over the past century, then we will focus on our economic system. Yet, what if that interpretation is wrong. What if capitalism has been there all along, but it was the discovery of an unlimited (in the medium term) and cheap fuel source that has been responsible for the growth. How does this change things? And also, how does this change our interpretation of the future when this fuel source runs out, which it is about to.

Furthermore, how does it interpret out projections for the future if we come to learn that there is no substitute source of energy that can match what oil offered us regarding power density, transportability and ease of access?

This chart roughly estimates the decline of the world population after the oil is no longer as abundant.

It is an important question because there is no substitute for oil, which means that when peak oil comes, we will find out very quickly if our standard of living is based upon capitalism (something we created) or an inexpensive power source (something that was mostly given to use by the planet).

Where else do we see this type of deflection? How about the Sultan of Brunei? 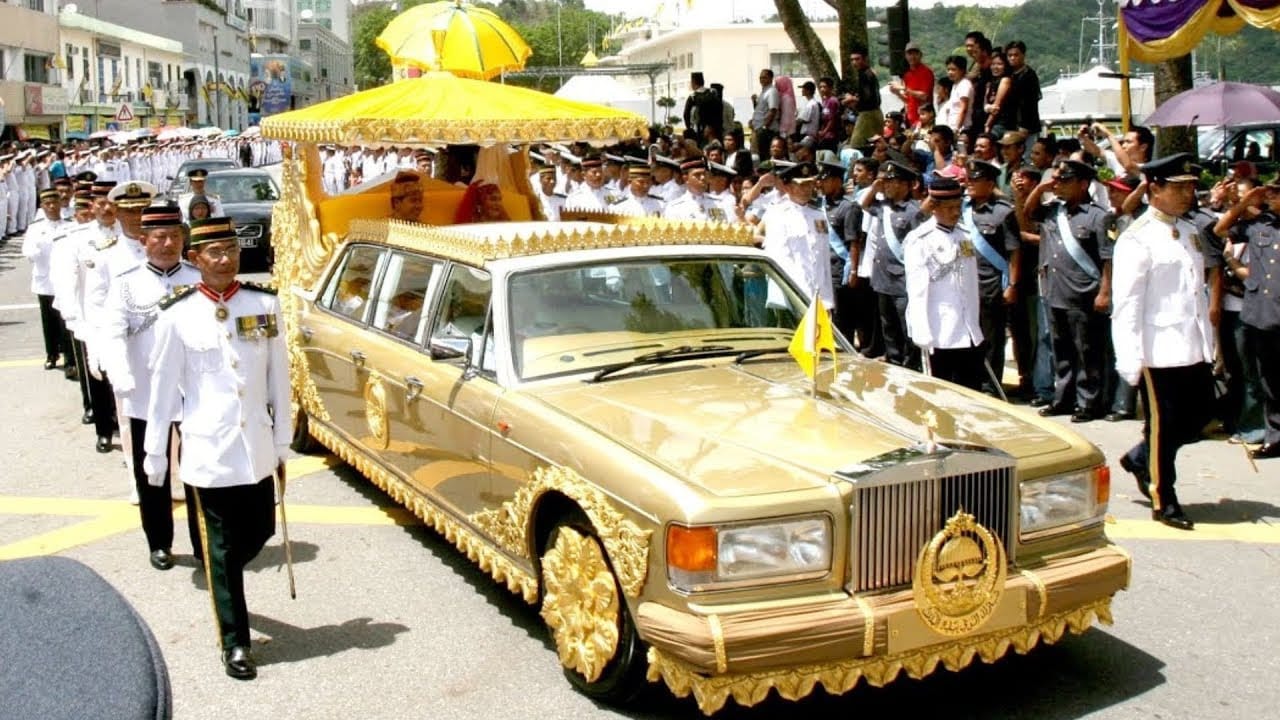 The Sultan of Brunei has the most expensive Rolls Royce in the world (one of the 7000 cars he owns). His wealth is due to the oil that is controlled by Brunei, which is a tiny country cut out of Malaysian Borneo.

How likely is it that you could have a conversation with the Sultan of Brunei and convince him that his wealth is based upon being lucky, versus his amazing “innovation” and “skills.”

It seems that humans, in general, have a problem drawing a distinction between their part in their standard of living versus the contribution of fossil fuels to the equation. Look at some of the most entitled people on the planet, who have done the least for that entitlement — oil-rich countries. They say that God wanted them to have the oil, so whether it be a human construction or inhuman, we have a strong tendency to try to allocate progress more to something we did rather than something we lucked into.

Well, we will find out how much progress has been dependent on oil versus our “amazingness” when we consume this resource and have to try to replace it.