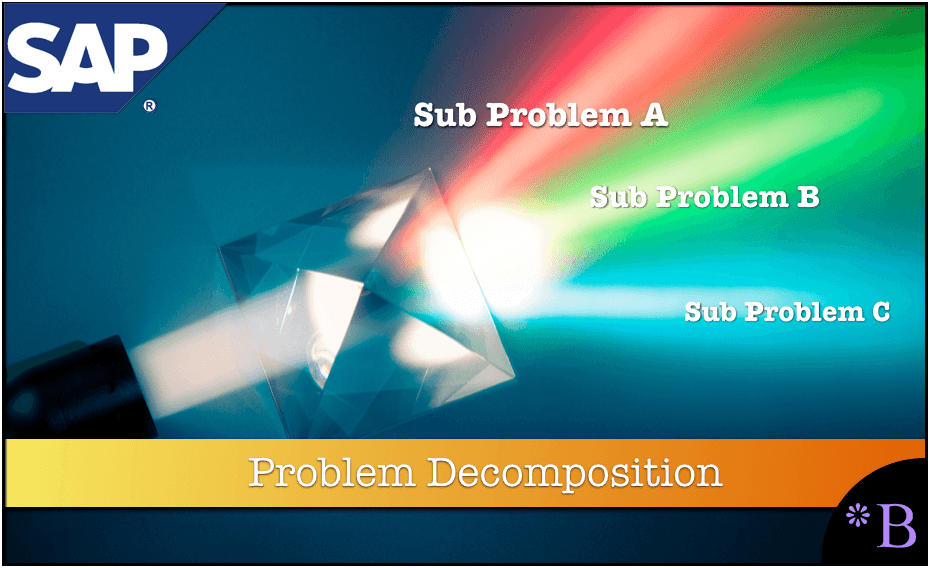 Dealing with Broken Functionality in SNP

The fact that it does not work and some OSS notes on this topic floored me because it is such elementary and necessary functionality. I cannot think of a single best breed vendor with parallel processing functionality that does not work.

Secondly, SAP is going around and selling something called the COPT 10 parameters, which are partially sold as speeding up the optimizer. However, SAP’s base functionality, the most elementary way of improving the optimizer’s speed – which is to enable it to address all (instead of just one) of the processors on the server, does not even work! 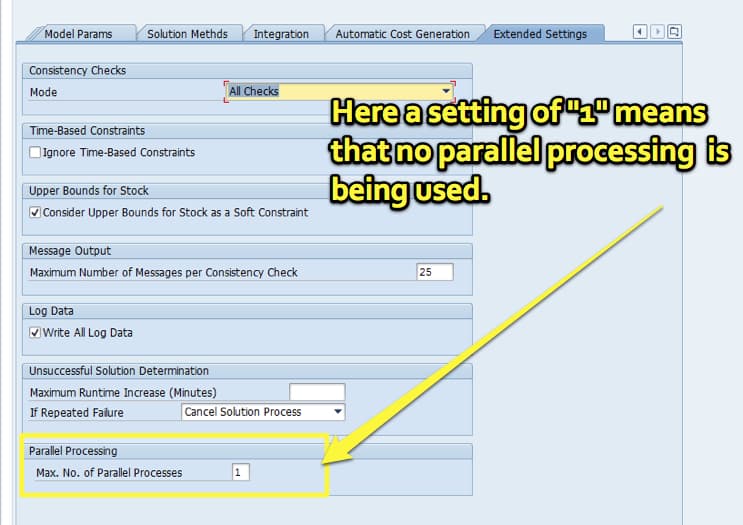 OSS Notes on the Topic of Optimizer Parallelization

Quotations from OSS notes on this topic and the year they were logged are listed below:

Note: 1476001 (2010): When running SNP Optimizer and using the parallel processing profile, you notice that the bucket offset setup in the optimizer profile is ignored.

Reacting to this Note

This is amazing that SAP has had this set available on the optimizer profile. The parallelization functionality has either never worked correctly or, at some point, stopped working correctly back in 2003. At least the OSS notes go back to 2003. Secondly, as I am running into problems documented as not working in 2013, SAP has not fixed the problem in a decade. I wonder if parallelization has been removed from SAP’s sales presentations on the SNP optimizer.

I can’t say for sure, but I feel that SAP salesmen have not been telling potential customers that parallel processing is broken.

The Importance of Not Commingling the Concepts of Parallelization with Decomposition

Before I get to my viewpoint on this program’s logic, it’s necessary to explain the twin concepts of parallelization and decomposition.

Two of the most essential features of the SNP optimizer and optimization generally are parallelization or decomposition. They are related but different technical aspects of how optimization is managed. I define both below:

However, the SNP cost optimizer does use decomposition. The decomposition types are listed on the optimizer profile that is in the screenshot above. One can use time decomposition (which segments the planning horizon and processed them in a sequence with the closer in periods being processed first.)

Each subproblem is the sub-network of that product.

This is an example taken from my book Supply Planning with MRP, DRP, and APS Software.

On the other hand, resource decomposition would look like the following:

As should be evident, one cannot both decompose on resources and locations. Resource decomposition is generally employed when resource utilization is more important than the location interaction with the company and vice versa.

Now that we have covered the difference between parallelization and decomposition, we can move to the next analysis stage. Firstly, the SNP cost optimizer allows the setting of a maximum runtime. This is because given present server technology versus the size and complexity of problems that the optimizer is required to solve – the optimizer will keep running far beyond the time the company’s business must implement the optimizer to receive the planning results. Therefore employing a maximum runtime is always necessary. The optimizer then takes this time and divides the number of subproblems by the time available and then provides this amount of time to each sub-problem. The only exception to this is if it solves the subproblem optimally before its allotted time, then moves on to the next sub-problem.

The SNP cost optimizer is unsophisticated because it does not apply different amounts of time to the differently sized problem. A subproblem with one location for a product receives the same amount of time as one with ten locations.

The Implication of What Has Been Covered Up To This Point

The evidence points to basic functionality for the SNP cost optimizer not working and that it has not worked for at least a decade – possibly more. SAP has known parallelization not functioning and has done nothing to inform their customers of this fact. Even though there have been multiple APO releases since 2003, SAP has not removed the setting from the optimizer profile. Instead, it sits there – tempting companies to use it – each of these companies has to go through the cycles of learning that it is not operational.

The second point of this article is that decomposition is not a substitute for parallelization. Decomposition does not increase the processing capacity as does parallelization – instead, it is a business-driven construct to allowing the optimizer to logically divide the problem into subproblems, something that it must do to perform its work.

SNP already has decomposition types based on time, resources, and product, which all do, in fact, work. There is nothing to say that a more customized decomposition front end cannot be placed onto the optimizer. But it can never address the issue of non-functional parallelization functionality in the SNP optimizer.