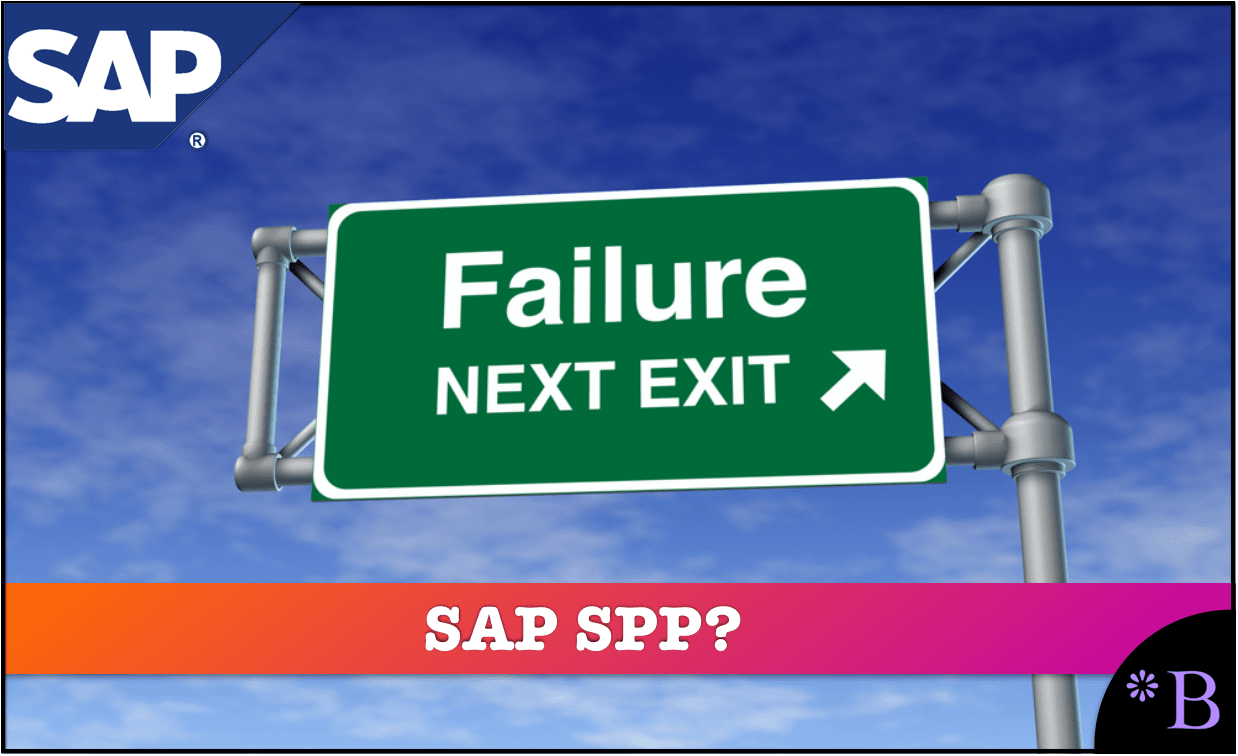 The pathway is not clearing for SPP as the successes have been few and far between. However, there is a solution.

Bringing Up SAP SPP in the Market

SAP thought it could grow this business and combined part of the code bases of SAP Demand Planning, SAP Supply Network Planning. And then added service specific capability that had been sitting in other best of breed applications for some years. These include:

SAP even surprised me by coming up, in my opinion, the best interface for planning in all of SAP SCM, the DRP Matrix. This helped address a historical weakness in the SCM modules (at least for one module). However, the initial problems began when SAP approached clients and explained the SPP solution to them. Instead of focusing on just SPP, alternatively, clients were shown a demo that included a buffet of SCM functionality, which brought many different modules into the solution (such as GATP) and even the SAP Portal.

This was a mistake because even the biggest service organizations have a lot less money to spend on software, so getting them just to purchase SPP would have been a success. Furthermore, service organizations are far further down the capability totem pole than the finished goods side of the business, so their ability to even implement the solution that SAP presented to them would have been unlikely. I have spoken to SAP product management about this, and they have re-stated that this is their strategy and that they think it is gaining purchase with clients.

The Partnership with MCA

The second part of their strategy was to partner with the best of breed service parts planning company MCA Solutions and created a “xApp” which combined the forecasting functionality of MCA SPO with the supply planning portion of SPP. I have written previously that I am very much opposed to these types of arrangements for many reasons.

There are several thorny issues with these partnerships.

It’s unclear that vendors should be selecting vendors of clients. The large vendor may not choose the smaller vendor that is best for clients vs. best for the larger vendors. These partnerships allow SAP to say they have functionality that they did not originate and are claiming extraordinary IP rights vis-a-vis the smaller software company.

SAP’s partnership agreements require that the smaller vendor declare their IP and that IP that is undeclared can be taken by SAP. This was rather shocking, and I think shameful that such an agreement would even be drafted.

Unequal partnerships like this are inherently inconsistent with the type of economy that a lot of Americans say they believe in. The Federal Trade Commission has a role, which they don’t seem to take very seriously anymore to prevent over concentrations of power in any industry, and that includes software.

Despite their missteps, SAP was able to get several companies to buy and implement SPP. However, two of the biggest implementation sites of SPP, which are Caterpillar Logistics and the US Navy, is after several years and significant expense not anywhere. Navy is not live with SPP and unlikely ever to go live. This is something the folks over at Navy don’t like to talk about much, as a whole lot of US taxpayer dollars went to Deloitte and IBM for very little output. The blame does not squarely lie with SAP even though SPP does not work correctly. I plan to write a future article entitled “I follow Deloitte,” which describes how every post-Deloitte SAP SCM project I seem to work on is barely functional. However, Deloitte continues to get accounts somehow because too many corporate decision makers are not performing their research. How About Ford?

Another major implementation for SPP is Ford, but they have seen little value from their SPP implementation. The best prediction I receive from those that have worked on the project is that Ford will eventually walk away from SPP. However, they cannot publicly do this because they have invested at least nine years and vast amounts of money into the implementation. Therefore, SPP now has no large reference accounts for SPP. A hybrid of SPP has been implemented at Bombardier. However, this is the old SIO architecture where MCA Solutions performs most of the heavy lifting. Therefore, it can also not be considered a live SPP implementation.

None of this surprises me, as after working with SPP, it is not possible to take the application live without custom development work or combining with functional service parts planning applications. This solution turns SPP into a shell, which can make some executives happy, as it means they are using SAP, but the work is done by a different application.

This is a problem because they were to be used as the major reference accounts for selling into other accounts. The issues at Caterpillar are particularly annoying, as SPP was developed at Caterpillar. Caterpillar Logistics is plastered all over a large amount of SAP marketing literature and is the gold reference account for the solution. Here there is not much to reference unless, as a potential client, you are willing to wait that long to bring a system live. And secondly, the degree to which Cat is live is a matter for dispute.

Cat will do what it can to continue the impression that they have at least some functionality live because to walk away would mean a PR problem for them. What would be interesting is to see if SPP can be implemented without a large consulting firm as neither IBM nor Deloitte have had success with SPP. SAP should consider backing a smaller firm or doing it themselves as they need success in the SPP space. At this point, the biggest reference-able account for SPP is Ford.

Where Do We Go From Here?: The Blended Approach

Some decisions that have been made by SPP product management are deplorable. I think the major consulting companies are out of their depth in implementing SPP, and it needs to be radically improved to make more if its functionality effective. A significant amount of functionality that is in the release notes simply is broken or does not work correctly.

I have performed SPP consulting and would like to see the module, and service parts planning, in general, to become more popular and widely implemented than it is. However, it’s essential to consider that SPP only introduced some of the functionality that brings it partially up to par with other best of breed solutions in the current version (7.0). Before 7.0, SPP was not competitive, and it can take several versions of SAP’s newest functionality to work correctly.

For this reason, including my personal experiences configuring SPP, it would be difficult for me to recommend relying upon SPP exclusively. I think the experiences at Caterpillar Logistics, Ford, and the US Navy lend credence to the idea that going 100% with SPP is a tad on the risky side.

To fill in the areas of SPP that are lacking, I would recommend a best of breed solution. Some things, like leading indicator forecasting, need to be improved. Furthermore, if you want to perform service parts planning with service level agreements (SLAs), there is no way around a best of breed solution. There are some very competitive solutions to choose from, and it all comes down to matching the way they operate vs. the company’s needs.

I will never be a fan of performing simulation in SCM entirely. The parameters in SAP SCM are too time-consuming to change, and the system lacks transparency. However, several of the best of breed service parts planning solutions are very good at simulation. While it may be conforming to use a single tool, it’s generally a bad idea to try to get the software to do something it’s not good at. For simulation, I would recommend going with a hosted solution and a best of breed service parts planning vendor.

As few companies want to invest to staff a full-time simulation department (planners are often too busy and lack the training to perform simulation), it makes a lot of sense to have the application with the vendor. As they are experts in the application, they can make small tweaks to the system and provide long-term support to the planning organization. All of this can be built in at a reasonable rate to the hosted contract.

It only makes sense to use the history of an application to adjust future implementations. In doing so, it is most advisable to pair SPP with a best of breed vendor that best meets the client requirements. The additional benefit of this approach is that you get access to consultants who have brought numerous service parts projects live. And those consultants primarily reside in the best of breed vendors.

Companies interested in the full story on SPP’s functionality and how it compares to what else is available can contact us by selecting the button below.

Discussing the underinvestment in parts.

On the precise date, the SPP initiative was kicked off at Caterpillar Logistics.