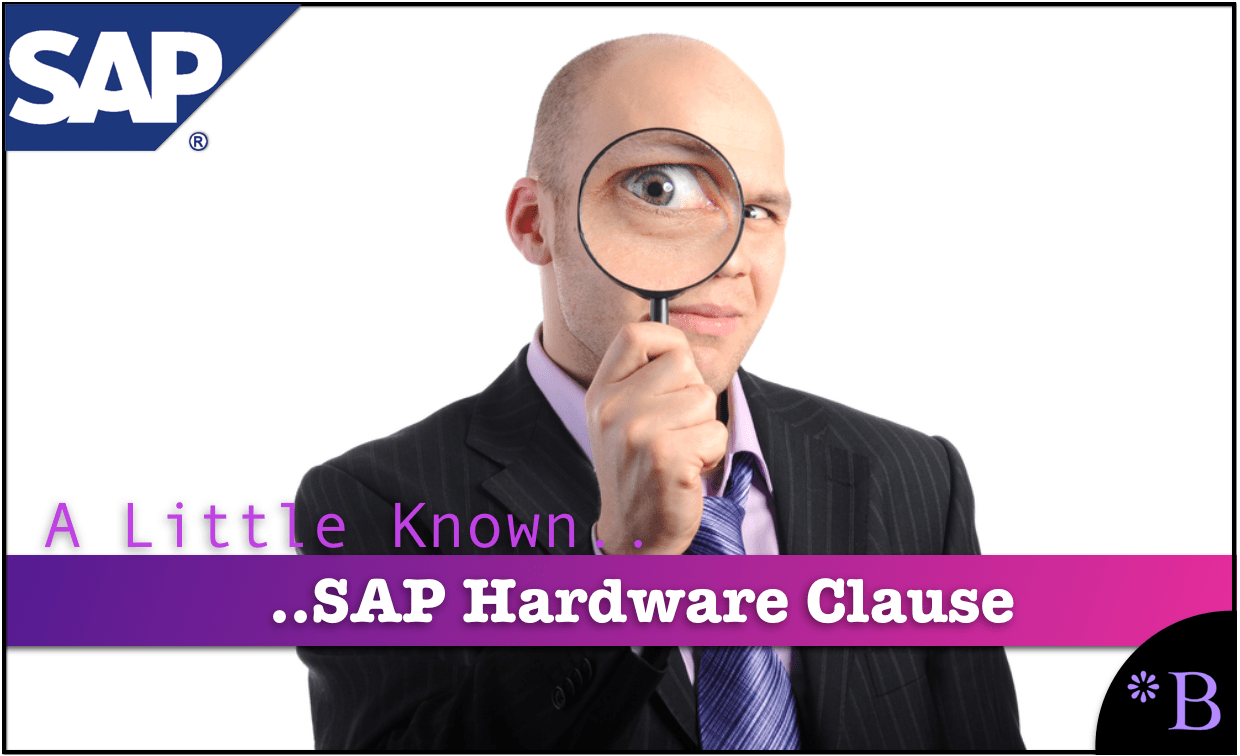 I recently had a colleague send me this quotation from the S/4HANA 1610 Simplification List. He was extremely surprised by this quotation and asked me to analyze it.

This article will review this clause, what it most likely means, and what it means for S/4HANA customers.

“In addition, customers should be aware of the fact that only SAP S/4HANA packages (and no other software) shall be deployed on an SAP S/4HANA installation. Details are provided in the Software Use
Rights Document.”

“….For clarity the preceding sentence only applies to software licensed from SAP, its affiliates and or its authorized distributors and resellers.”

I don’t see how that clarifies anything except to say this is only for SAP software.

Also, the Software Use Rights Document does not clarify what this means. Therefore, SAP tells customers to check another document for clarification, which does not do what SAP says it does.

I searched it for every appearance of the term S/4HANA, and there was no more information on this topic within the document, at least concerning S/4HANA.

SAP is known to add clauses that are deliberately obtuse, and they come by later and say it meant XYZ, and you signed the agreement.

If the customer reads this and then reads the supposed supporting document, it is unclear what they are talking about in this quotation.

But that is the point.

If we take one possible interpretation, then no non-SAP system can be integrated into S/4HANA. That is not exactly what the clause sounds like. But at first, it wasn’t easy to see what else the clause could be referring to. That is until I conferred with a resource with the first-hand experience on S/4HANA implementations. He had the following to say.

“They mean you cannot install non-SAP software on the S/4 platform. Nothing to do with IA or integration.

This is to avoid performance and conflict on resource issues. It also stops customers from doing this because if they do, SAP cannot see where data starts and stops…:)”

This is odd because, on all of the SAP projects I have been on, I don’t recall the topic of other software being installed on the ERP hardware being brought up. But with S/4HANA, customers spend so much money on S4 hardware that they have been running other hardware applications to manage their budget.

S/4HANA projects routinely underestimate their hardware size and, therefore, the eventual hardware cost. This has led some S/4HANA customers to try to save money by installing other applications on top of the S/4HANA hardware. This is why the clause was added to the Software Use Rights Document, where it was not there before.