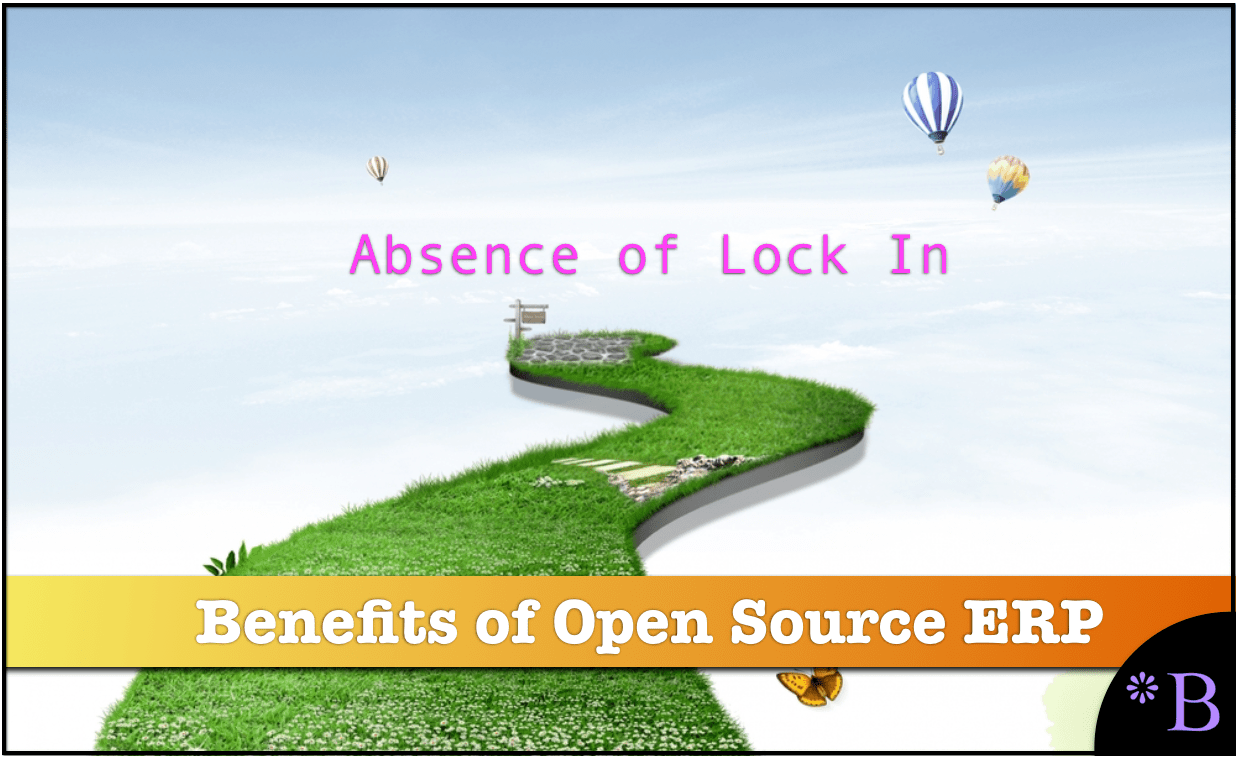 Open source ERP pays so many dividends because ERPNext does not control customers for how they adjust the system. This is one of the great underappreciated benefits of open source ERP. If you go with any of the closed source ERP options, you get locked in. Now you are taking orders from the vendor in terms of how to manage things. This is what Oracle did to companies in the database space. This article may interest people, and it describes what happens when you, as a customer, get locked into a proprietary development language by a vendor.

Getting Customers to Disinvest in Their Systems Under False Assumptions

ERP vendors got companies to disinvest in their own systems — which were custom-designed for their needs. They convinced them to implement their ERP systems instead — an then when the claims they made about being able to meet nearly all requirements “out of the box,” (as we cover in the article The Myth of ERP Being 90% Out of the Box) they then baited and switched them, and got these companies to migrate their “legacy” systems into the ERP system as we cover in the article Why SAP Customers Followed SAP’s Advice on Coding in ABAP.

Hiding How Much IT Departments Take Orders from Software Vendors

All around the world, IT departments try to hide the degree to which they drank the Kool-Aid on going with proprietary vendor code, related applications, etc.

Purchasing More Than One Should from One Vendor

Another benefit is you don’t have the ERP vendor ramming other applications they have down your throat. This article describes how ERP systems became a Trojan Horse for ERP vendors. ERP vendors and consulting companies had a way of locking in companies to ERP systems once they had agreed to implement ERP systems on the basis of false information, as we cover in the article How ERP System Was a Trojan Horse.

This also led to the increased acquisitions by ERP vendors like Infor and Epicor, who went shopping for vendors, that they could then ram down their customer’s throats, to copy Oracle and SAP’s account control.

What is Wrong With Purchasing from a Closed System ERP Vendor?

Closed source ERP vendors do lock in their customers. They do it with their behavior, but they also tell me they do it. That it is a specific strategy to do this, and they do it because it is profit-maximizing to do it. They don’t publish this fact, but they follow it as a strategy. A smaller ERP vendor that has not acquired other vendors has less of an ability to do it. Still, the ERP system is particularly susceptible to lock-in — because it is so central to what the company does.

If people and organizations were not corrupt, then buying from a closed system from an ERP vendor could work.

But that is sort of the problem.

I think the answer to why buying into a closed system is bad is because power corrupts. This switches the power over to the vendor/consulting firm. This ends up with less competitive solutions being used alongside the ERP system.

And this gets to how companies run their businesses. The corporate charter is to maximize profits. Not to look out for the interests of one’s customers. There is no way around this — this is precisely what corporate charters say. If one were buying a closed source ERP system from a non-profit, then it could be different.

But that is not the case.

This gets into a topic of, for example, why governments purchased closed source software when they are supposed to be in the public domain. Why are tax dollars going to purchase closed source options, when the US Government has so many excellent custom-developed applications like VistA at the VA, the Social Security system (mostly Cobol based systems running on mainframes that the OMB complains about their age — without observing that the systems have been running for four decades and providing good service levels).

Purchasing closed source ERP systems is particularly problematic because, in the vast majority of instances, there is a far lower coverage of requirements by the ERP system — which means that ERP systems tend to be the most customized of applications. That is, cost-effective and efficient customization is one of the most important, if not the most important feature of any ERP purchase.

A major part of closed source ERP sales proposals is to convince the prospect that the system will require very little customization. We cover this in the article The Myth of ERP Being 90% Out of the Box. After the sale is made, and because normally so little analytical effort is put into fact-checking claims by the vendor, the beginning of the implementation is where the customer learns that the discrepancy between the real functionality of the ERP system and the requirements is much larger than originally anticipated. In many cases, vendors will try to cover up this deception by using the term How SAP Uses Best Practices to Control the Implementation. This is used to switch the narrative and pivot, such that the percentage of fit of the application to the requirements is “not the issue” but that the customer should be using “best practices” (that is functionality in the ERP system that does not match requirements). No evidence for the functionality being a best practice is ever given — and in fact, it cannot be, as best practices do not exist as we cover in the article When Should a Company Use ERP Best Practices Versus Custom Code.

Why should the ERP vendor have influence over other applications or databases or middleware which are purchased?

Customer Lock-In as a Business Strategy

If we look again at Oracle, this was a company that acquired ERP vendors like JD Edwards and Peoplesoft, due to its monopoly profits from its database. However, why does it make sense to purchase one’s ERP system from their database vendor? Under the proprietary model, the vendor only makes their own ERP system work well with their database.

This is, in fact, the case with SAP, with the introduction of the HANA database, SAP made the reverse argument that companies should buy their database from their ERP vendor. And one of their arguments was that their database would work better than any other database with their ERP system. Extensive research by us later exposed this to not only not be true, but for the opposite to be true.

While they don’t have to have this outcome, more often than not, the closed source ERP vendors use the sale of the ERP system to push in other applications that are even less appropriate for their customers, based upon exaggerated claims around integration. The more the software that a company purchases from one software vendor, the more control that vendor assumes over the customer. The vendor salesperson tends to view software acquisitions as “belonging to them.” Firms with large stables of products to offer can often combine many applications into bulk purchases. This has two important features.

ERP vendors got companies to disinvest in their own systems — which were custom-designed for their needs. They convinced them to implement their ERP systems instead — and then when the claims they made about being able to meet nearly all requirements “out of the box,” (as we cover in the article The Myth of ERP Being 90% Out of the Box) they then baited and switched them, and got these companies to migrate their “legacy” systems into the ERP system as we cover in the article Why SAP Customers Followed SAP’s Advice on Coding in ABAP.