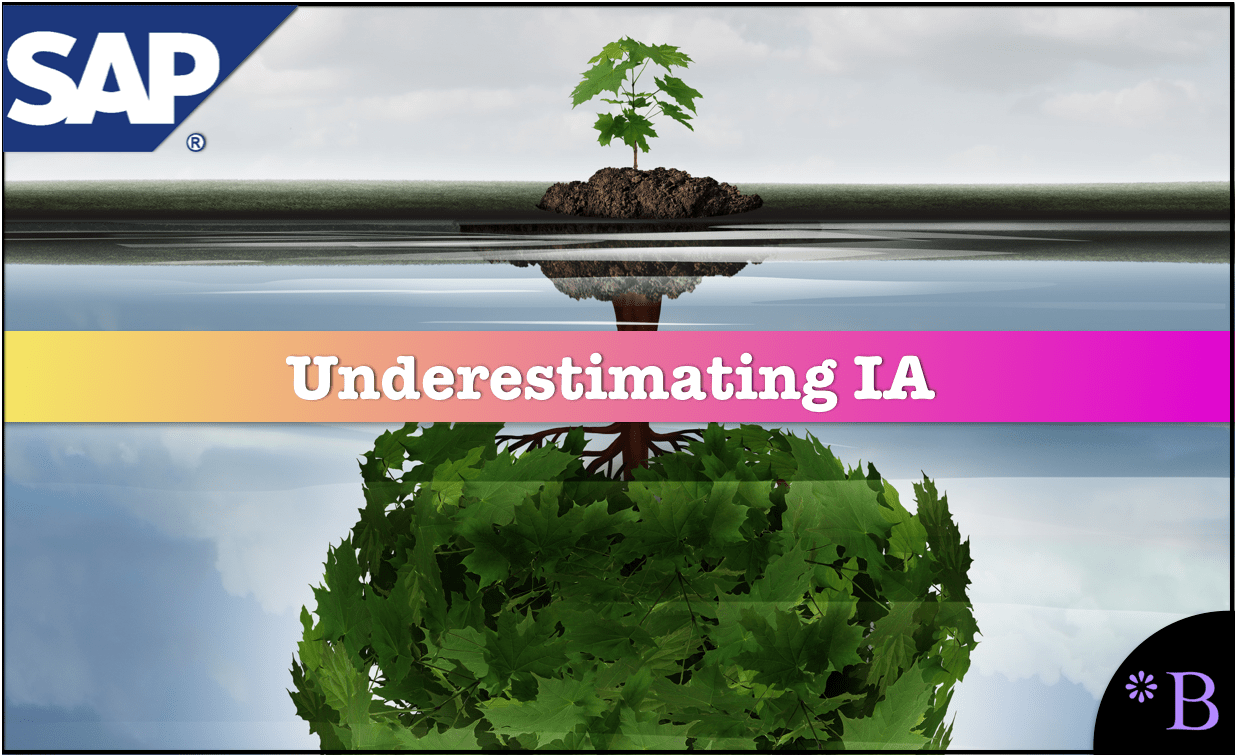 In this article, we will discuss information that has been coming in from the field. But first, we will begin with what SAP would like their customers to believe about the prevalence of indirect access.

What SAP and SAP Consulting Partners Would Like Customers to Believe

How much does SAP want customers and prospects to lower their guard?

At SAPPHIRE, SAP produced an announcement intended to assuage their customer’s concerns about indirect access.

I analyzed this announcement in the article How to Best Understand SAP’s Faux Policy Change on Indirect Access. I concluded that it was no change in policy aside from more specific charging of customers when SAP brings and indirect access claim. DSAG, which is the German SAP user group, and UpperEdge, were two of the only other media entities willing to call out SAP when they are wrong on indirect access, came to the same conclusion that I did on the announcement.

Since that article, I have learned that SAP will not even publish what it intends to charge per purchase order or sales order for indirect access, which was a significant part of the announcement. Instead, SAP has stated that customers would be charged “on a case by case basis.” Of course, they will be. This increases the secrecy of the cost of indirect access. The announcement made it seem like SAP is opening up, but then when asked questions, SAP goes back into secrecy mode.

Listening to ASUG on the Frequency of Indirect Access?

ASUG, which is supposed to be a user group, but is a marketing arm of SAP, has been telling members that indirect access is rare. It is merely the high-profile cases (such as Diageo and InBev) that push it to the forefront. This is covered in more detail in the article Is ASUG Lying About the Frequency of SAP Indirect Access?

As ASUG is just SAP in “sheep’s clothing,” we can take from ASUG’s stance that this is what SAP wants customers to think about IA. I have never been in an SAP-ASUG meeting, but by the looks of it, they get together, and SAP tells ASUG precisely what messages they want to relay, and ASUG relays those messages no questions asked.

All of this is curious because ASUG members pay membership fees and fly to ASUG conferences to be told information that is inaccurate is 100% beneficial to SAP and the customer’s disadvantage and is what SAP wants them to believe. ASUG cannot both represent the interests of SAP and its members.

SAP has been quite useful with indirect access to drive license revenues, so they don’t have an excellent reason to stop doing it. They are catching customers off guard, and there is an indigent defense ordinarily available to customers. And vendors that are affected by indirect access are uncoordinated. Primarily the issue is dealt with by individual account teams that are, in most cases, not coordinated even within a single software vendor concerning indirect access.

There are several other reasons for the success SAP is having against customers in indirect access.

The information I am getting from the field is that indirect access is increasing.

I have been tracking indirect access for around a year and a half. This is the point when vendors first started communicating to me that SAP would bring up the topic of indirect access charges as soon as it looked like the other vendor was about to get a contract from SAP.

And what is also interesting is that the indirect access issues brought up to me have been all over the spectrum of the different software categories. However, CRM does seem to be one of SAP’s favorite areas to bring indirect access claims. SAP seems to have an anger management issue when losing to Salesforce.

These claims’ size is changing behavior and allows SAP to win license sales that they had lost before bringing the claim.

I am working on research into indirect access, which I will publish, and the announcement is described in this article. Vendors and customers that are impacted by indirect access have to share their stories. The more that it is kept a secret, the more SAP wins. If vendors fear reprisal by SAP, that is what anonymous sourcing is all about. I have yet to expose any source that I kept anonymously.

SAP is ramping up, not ramping down its indirect access claims against its customers, and the claim sizes are growing. One should not be lulled into a false sense of security by Bill McDermott’s happy face at SAPPHIRE on this topic. As I said previously, Bill McDermott was explicitly chosen by Hasso Plattner because he had a “happy face.” But McDermott’s pleasant demeanor in stark contrast to the hard edge I witness in SAP’s use of indirect access for many SAP customers.

SAP customers are receiving a large amount of inaccurate information from ASUG to Deloitte, to Diginomica. This is because so many IT entities are dependent upon SAP for their revenues. The money is obvious on the side of agreeing with SAP. One reader recently told me to switch sides and begin writing in favor of SAP, as the pay is much better.

Companies that are dependent on SAP for their revenues cannot write objectively or provide objective advice about SAP. Other entities like JNC Consulting do not even seem to question (in their articles) whether the Type 2 indirect access employed by SAP is valid or its historical context.

All of this, combined with the timelines imposed by SAP on indirect access claims, means that the deck is firmly stacked in their favor. One way of keeping it this way is to underreport and de-emphasize the widespread usage of indirect access. 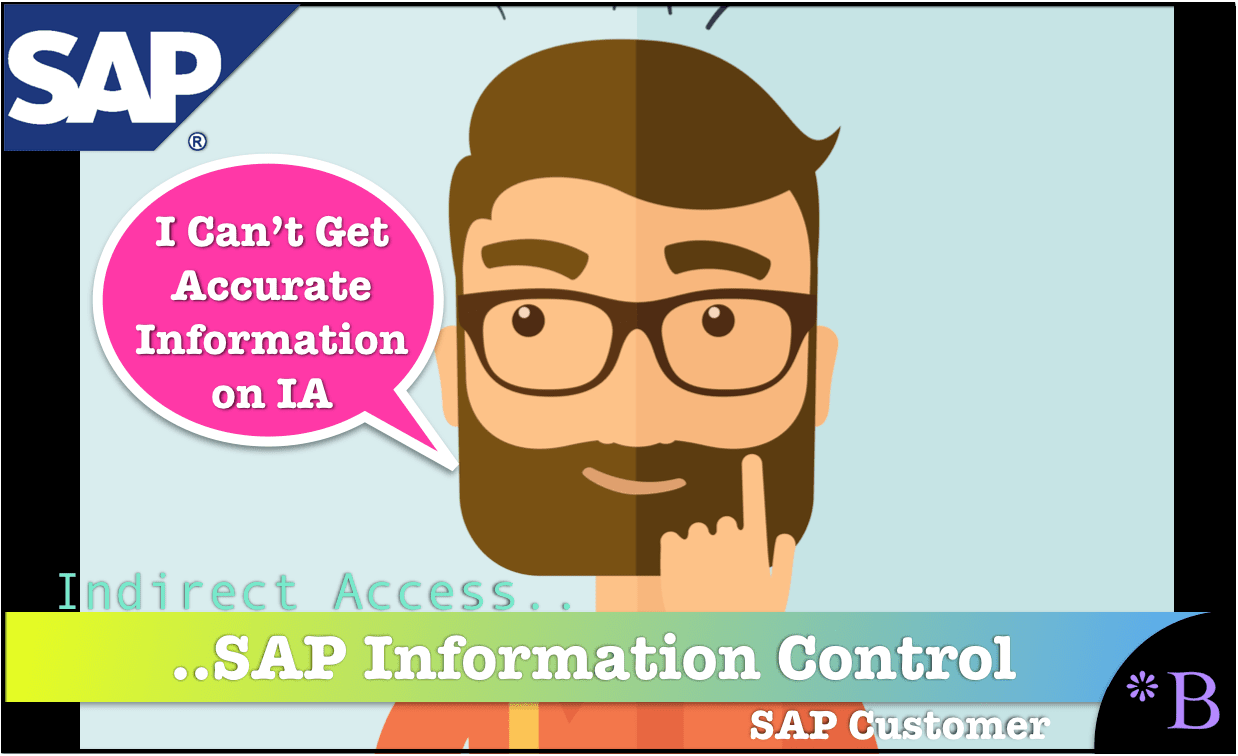 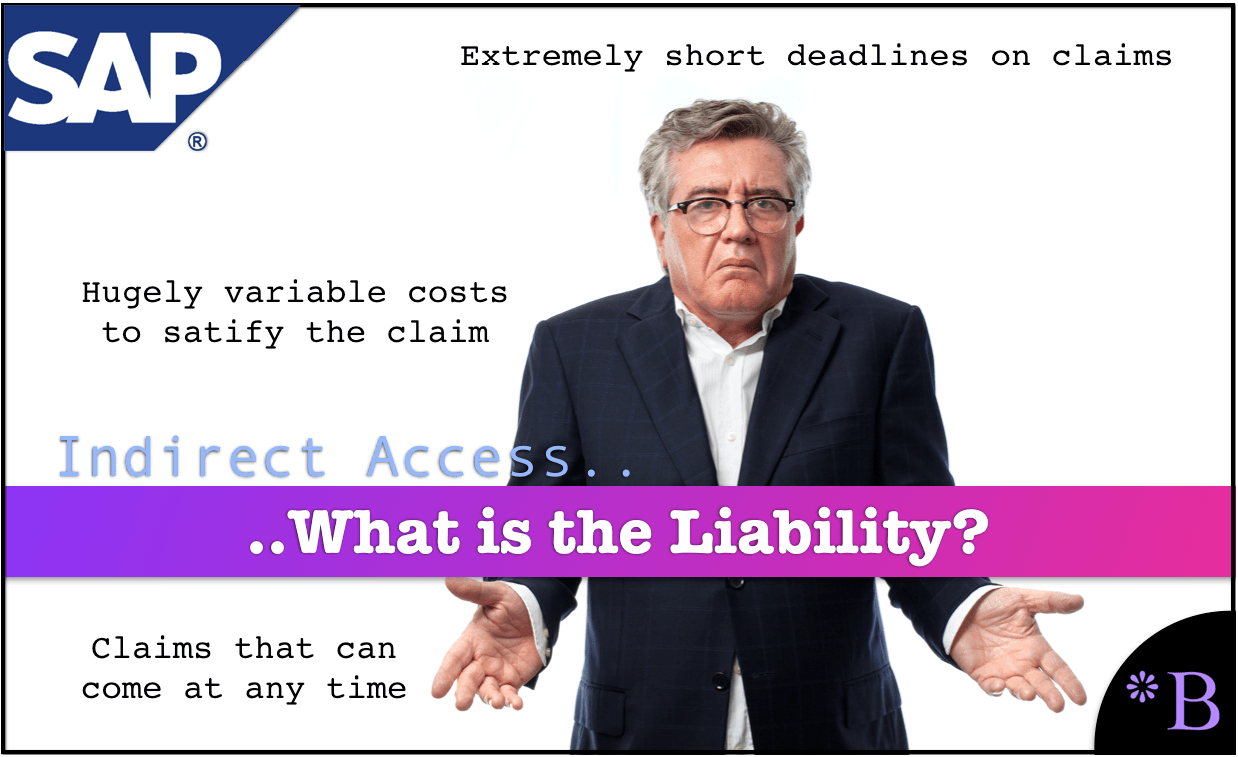 The primary providers of information in the SAP space are all financially linked to SAP. SAP does not want indirect access understood, so these entities do as they are told by SAP.