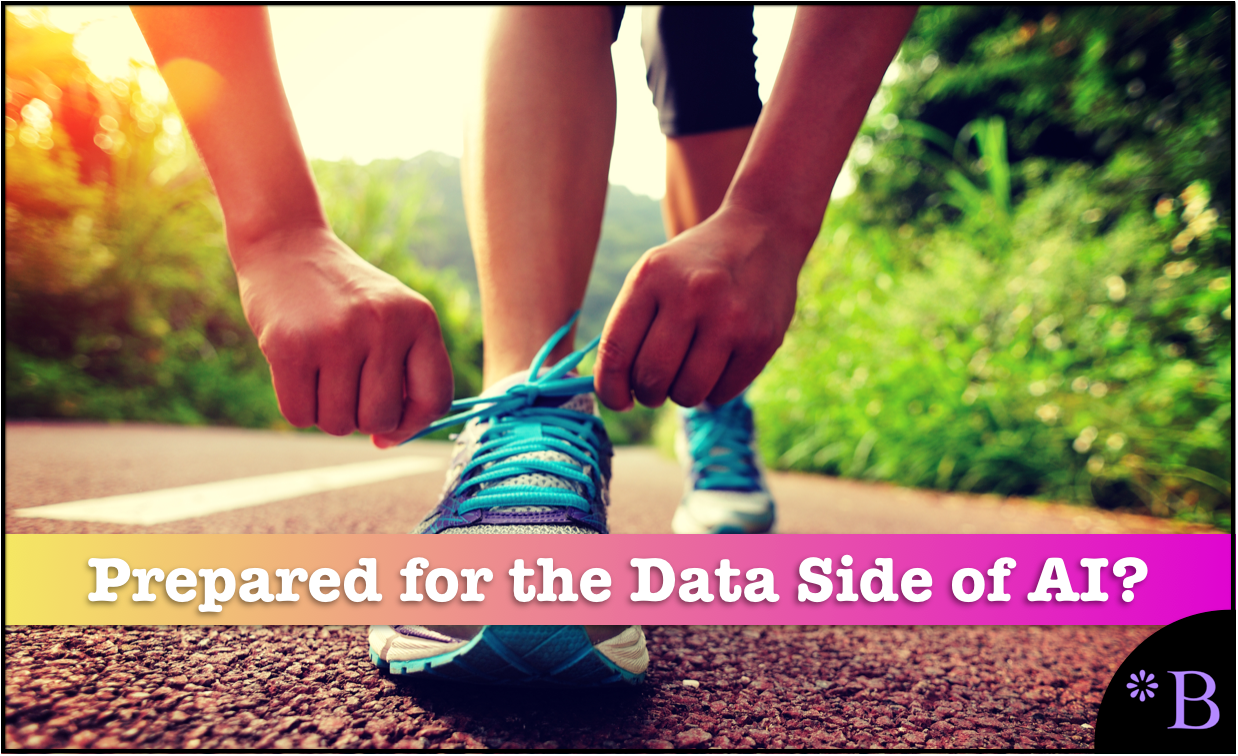 See how much emphasis CapGemini places on explaining data limitations, and how much AI is presented as virtually limitless in its potential.

Part 2 of the Data Implications of AI and ML

There have been many AI projects that have either totally failed or been greatly undermined by problems from the data side.

About IBM’s Presentation of Watson

Watson AI’s for medical analysis has been widely panned when actually used. IBM has been widely accused of making false claims of what Watson was able to do. Furthermore, IBM’s problems with Watson are even at the data level. That is IBM has not even demonstrated much in the way of the capability of building integrated data sets to feed any AI that Watson may have.

AI Failures Due to a Lack of Data

This issue is covered in the article How Many AI and Machine Learning Projects Will Fail Due to a Lack of Data.

Data labeling is one of the first steps necessary to make sense of the data. The lack of data labeling holding back AI projects is described in the following quotation.

The problem normally is not in the data itself but in the absence of labels for such data. Behind every modern achievement in AI field enormous efforts in labeling. For instance description of ImageNet (http://image-net.org/about-overview) includes the following quotation “Images of each concept are quality-controlled and human-annotated.”. This ImageNet consists of 14 million unique images. Even if the labeling of every photo took 1 minute, it means 250+ men-years of effort. This is a hidden price of AI success. When somebody spouts about AI in legal, finance, logistics, maintenance, it usually means years of involvements for domain experts or just another false claims. Basically about anybody can recognize a lemon on a photo, but what level of qualification will be required for a “cash gap” labeling? – Denis Myagkov

The amount of effort in data labeling is described as follows:

This effort is highly manual as is explained in the following quotation.

Banavar is seeing the growth of these types of jobs at IBM. “We are hiring people that we were not hiring even five years ago,” he said. “People who just sit down and label data.”

Why is this important? It’s for the machines to learn.

“This is a somewhat depressing job for the future,” said Walsh.

“All the impressive advances we see with deep learning have come about using what is called ‘supervised learning’ where the data is labelled ‘good’ or ‘bad,’ or ‘Bob’ and ‘Carol,'” said Walsh.

It’s a necessary part of machine learning. “We can’t do unsupervised learning as well if the data is unlabelled,” said Walsh. “The human brain is excellent at this task. And deep learning needs lots and lots of labelled data. It’s likely though a very repetitive and undemanding task.” – TechRepublic

The Software Category for Data Labeling

Naturally, companies are also trying to automate data labeling, is explained in this quotation.

5) Automated data labeling is key. Solutions leveraging ML to automate labeling will be best-positioned to win because they won’t need to build a large workforce, train labelers, and deal with quality control to the same degree. Their solution will also offer a better margin structure for the customer and accelerated time to value.

How to Think of Data Labeling

The following quote explains how to think of data labeling.

A simple way to think about data labeling is to liken it to the process of converting crude oil to refined fuel. While data is the new currency in AI/ ML, quantity and availability of data is only part of the story. Supervised ML models cannot run on data that lacks targets, in the way a vehicle cannot run on raw petroleum. In fact, the lack of ability to scale labeled data or training data is often the biggest blocker to accelerated ML model development. – Alegion

This is also explained in the following quotation.

A massive elephant lives in the digitization room, and it’s one which frankly most data ingestion, AI and RPA solution providers completely ignore. This elephant represents unstructured data. – Antworks 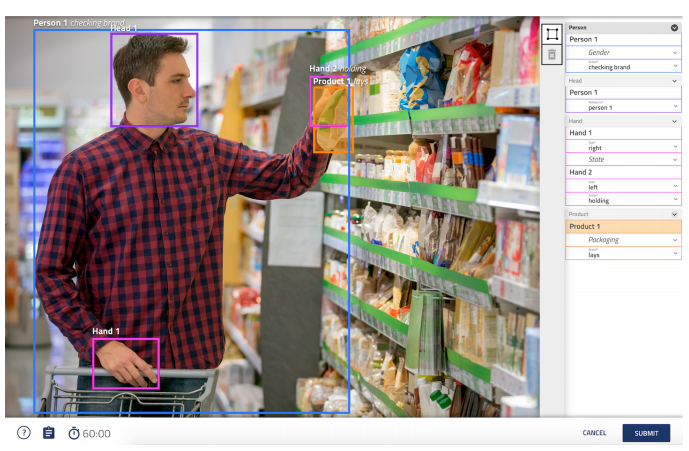 Data labeling of an image in software from Alegion. This image must be labeled to be used in any mathematical sense for analysis.

The power of unsupervised methods is widely touted recently, but the term unsupervised has become overloaded. The preferred term for using ML to harness the power of the vast amounts of data without requiring external data labeling is self-supervised learning2. This approach can be powerful, given a set of data containing meaningful associations or segmentations.

When the business needs the answers to these specific questions to derive value, teams can label the data after-the-fact, in order to embed the targets into the available data. The labeled data set enables data science teams to take the supervised approach and broaden their business applications. – Alegion

There is a lot of complex work involved in creating the data sets necessary to run AI and machine learning. Unfortunately, in the white-hot area of AI/ML marketing, there is little tolerance for communicating the reality around these topics.

But these are some clear results from the lack of emphasis on data prior to initiating AI/ML projects.