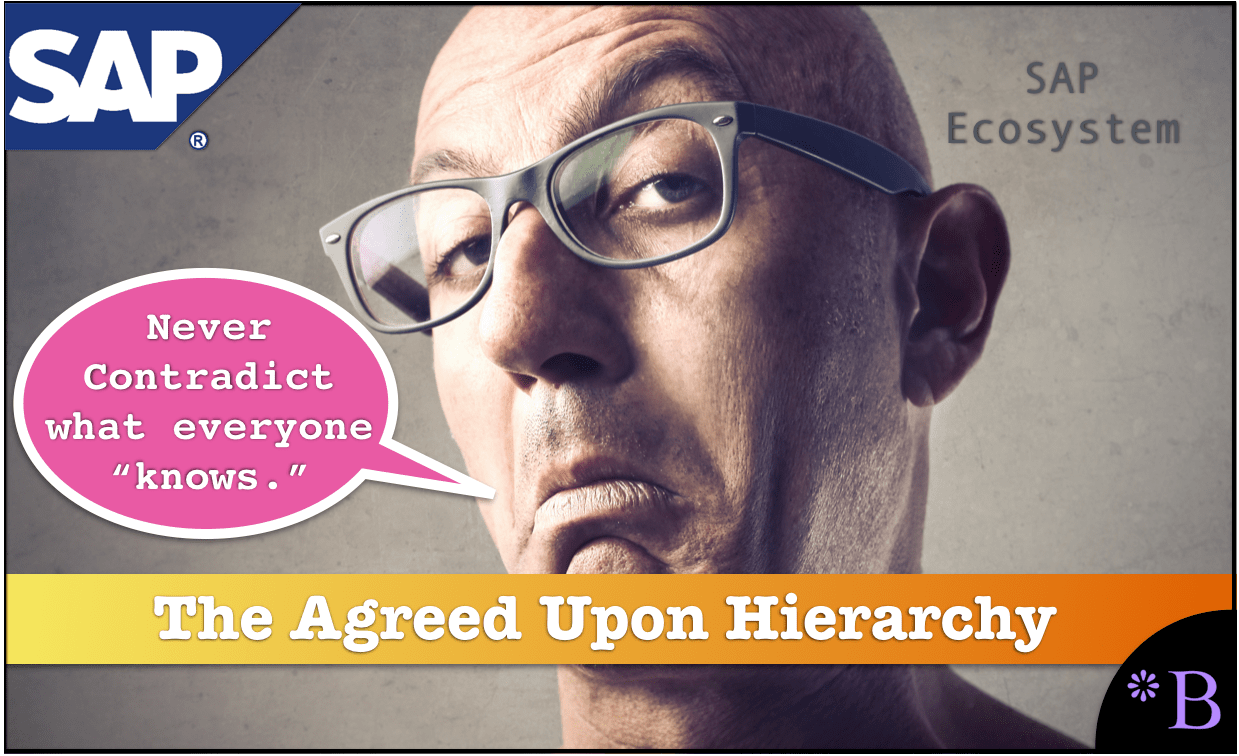 The unrelenting hierarchy of hierarchy is exceptionally well explored in the following quotation in a recently rediscovered book.

“Social ladders exist precisely to keep you where you are. Thanks to them, everyone knows his place. Hens, for example, have a pecking order. The No. 1 hen can easily be spotted: she’s the only one no other hen pecks. But she does peck the others. Nos. 2, 3 and 4, and so on, down the line. A hen halfway down the hierarchy. No. 50 say, gets pecked by Nos. 1 to 49 and herself pecks Nos. 51 to 100. At least, it could work this way. But if a hen were really to peck all the other hends below here, she’d have no time to lay her eggs. A No. 1 hen that pecks all the other hends in the coop would soon be too tired to stay at the top. In reality, hen No. 1 only pecks those directly below her, and then No. 35 just worries about her immediate neighbors. Thanks to the ladder, you only need to worry about the rungs within reach; ladders exist precisely so that you can take small steps, not big ones. Such a system guarantees the stability of the group. Biologically speaking, the rungs of the hierarchy aren’t meant as steps upwards for the ambitious individual, but for the welfare of the whole group. Everyone should be happy, and is, except for the lowest rung. Because that’s the good part about this system: almost everyone, however many bosses he has above him, is himself the boss over others below him. Even if you’re only No. 95, you still have a higher status that Nos. 96, 97, 98, 99 and 100 – a status worth keeping — which is why Mr. Smith meekly accepts his boss’s harsh words. A ruler doesn’t need to divide in order to rule, the subjected divide themselves.” – The Way of All Flesh

It can be surprising that while information technology often seems like a relatively evolved space from the outside, the reality from the inside often looks much different.

“In Accidental Empires, his classic book on the rise of PCs, Robert X. Cringely described Microsoft’s software management style when Bill Gates was in charge as a system where “Each level, from Gates on down, screams at the next, goading and humiliating them.” Ah, yes, that’s the Microsoft I knew and hated.

The difference between the leaders at big proprietary software companies and Torvalds is that he says everything in the open for the whole world to see. The others do it in private conference rooms. I’ve heard people claim that Torvalds would be fired in their company. Nope. He’d be right where he is now: on top of his programming world.”

How Hierarchy is an Integral Component to SAP and its Ecosystem

I debate a lot of SAP consultants, and have I have been doing it for years. Even though my article covers technical topics, who are the most aggressive SAP consultants who debate me? It is illuminating because it is not technical SAP resources. Instead, it is SAP project managers, often self-described “project advisors.” That the resources furthest away from the technology. Furthest away from what is real. And there is something else that they bring along with their arguments, which is a sense of shock and bewilderment that I would critique what SAP has to say.

And there is a good reason for this.

To a project manager, there is a specific hierarchy that is to be respected. They see themselves as at the top of one of these hierarchies (that is, they can peck all the hens, at least on their own project). They may not be that high in the SAP hierarchy, but they still want to protect their place in their hierarchy. They also know their place in the hierarchy. If a senior member from SAP appears on their project or meets them at TechEd, they know it is their role to genuflect and become as close to them as possible. Whether one works for Accenture, IBM, SAP, ASUG, or any other related entity, the only way to do well in one’s career is to respect the hierarchy. And this respect means repeating false information from on high. The information delivered from on high is true; information that questions the high must be incorrect. It is a simple mechanism that removes all thought. There is little choice given to people.

The media entities, which are ostensibly supposed not to respect this hierarchy, also support the hierarchy as money flows from SAP (and other powerful entities) to the media entities. The objective is to make the hierarchy so all-encompassing that a rigid top-down control is enforced throughout the ecosystem.

Big monied interests don’t like independent media; they either want to own it (Salesforce recently purchased Time Magazine, AWS owns the Washinton Post) or control it. Independent media threatens the creation of a self-reinforcing echo chamber. This disdain for independent information is evident when one studies the topic of “corporate communications,” which is how hierarchies propagandize their employees by feeding them a steady stream of biased information right to their inboxes. 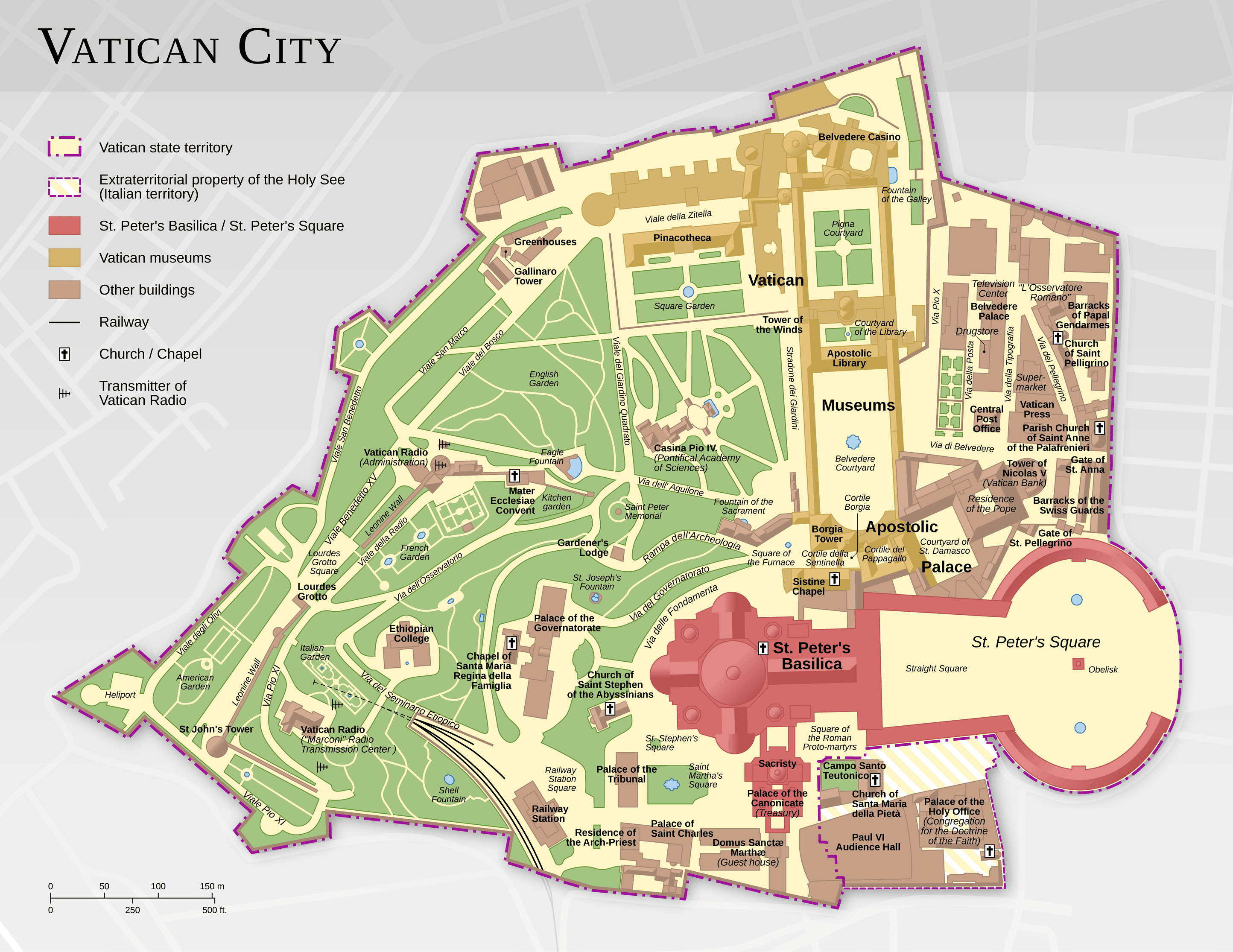 This is a map of a location where all of the undisputed information comes from. Information from this location is unassailable, and no one outside of the hierarchy is to question it. This is a map of Waldorf, which is SAP’s headquarters……Or is it?

Life in the SAP Kingdom

In the SAP Kingdom, information (pure truth) flows from the top of the hierarchy’s mouths. The “excellent sources of information” or the cannon providers are Bill McDermott, Hasso Plattner, the SAP website, and the role of those in the SAP ecosystem is to agree with the revealed wisdom. The SAP consulting partners have demonstrated they will repeat absolutely anything SAP says, no matter how false. And unless a person has a similar level in the hierarchy, they are not to question this wisdom.

When Bill McDermott says that HANA runs 100,000 times faster than any other technology, while absurd, the SAP consultant knows very well to avert their eyes. The ability to propose ridiculous things and to not be criticized is the embodiment of abusive power. But why limit the analysis of how power is abused in the software industry? In the abuse of power, there is such a rich tapestry of examples to choose from.

It is curious to read the website of Saudi Arabia’s 2030 vision website. The writing is substantially similar to SAP’s website. Did they use the same PR firm? We don’t know.

Within Saudi Arabia, one must repeat whatever King Salman Bin Abdulaziz Al-Saud and Mohammed Bin Salman say. But the SAP ecosystem is not so repressive as and controlling in thought and as unaccepting of contradictory viewpoints as one of the most repressive regimes on the planet.

Of course not. First, the clothing is entirely different. Pictures here at the top of the hierarchy wear a robe with a bisht and then a headdress. People in the SAP ecosystem normally wear slacks and a button-down shirt.

Also, while being “Custodian of the Two Holy Mosques” is pretty good, being the “Custodian of in-memory computing” is much better.

Hierarchies that cannot be questioned are a primary way that falsehoods are promulgated in societies. This hierarchy ensures that the most corrupt at the tippy top of the hierarchy are not held to account for their frequently false statements. This is particularly true of any individual within the hierarchy (who risks losing their job and their position in the hierarchy) by observing the emperor’s obvious the fact that the emperor often has no clothes. But it extends outward from the “official” hierarchy to entities associated with the first hierarchy.

Bill Gates deserves to be at the top of the hierarchy…..or did he? Where did DOS come from? What happens if Gary Kildall had not taken that plane trip that day?