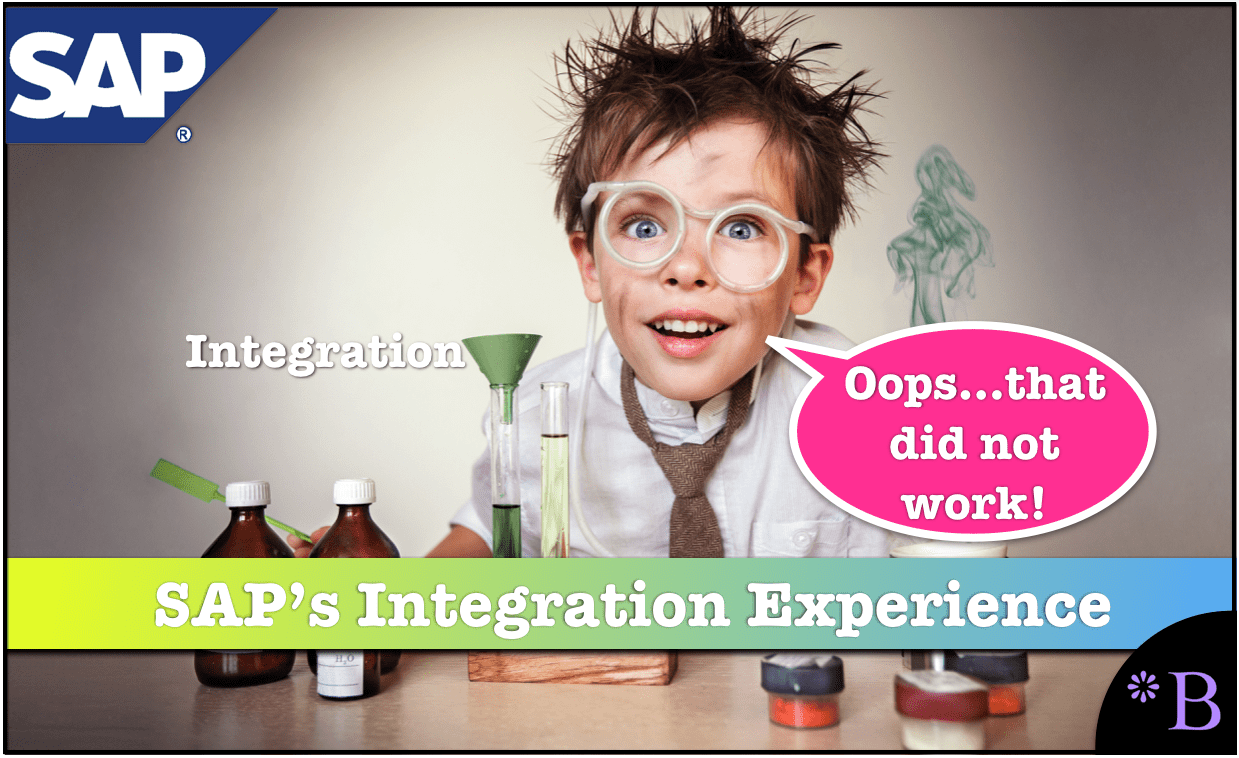 Video Introduction: The Long Term Problems with SAP and Integration

In its history, SAP has not been successful in creating integration applications. SAP integration is generally difficult. SAP PO is not well regarded. SAP does not sell integration applications like SAP PO to anyone but pre-existing SAP accounts, usually under the concept that SAP PO is naturally designed to integrate to SAP. And for many types of integration work, using data transformation scripts and other specialized integration scripts is often preferable over packaged solutions. SAP proposes that integration should be performed in ABAP or that SAP tools should create ABAP. You will learn how there are other superior languages for interface development.

Yet, nowhere is this observed in any of the SAP documentation. As an example, ABAP is not used outside of SAP customers for interface development. Languages like AWK are quite frequently used for transformation because they are naturally designed for this task.

If SAP’s applications are not used in an area, and the area is programming intensive (which integration is), there is little reason to follow SAP’s advice regarding what language to use or what tools to use. The entire logic for following SAP’s directives is if one is using their packaged applications.

Previous Claims Made in the Application Integration Market

For several decades, the integration market has been marked by claims around ease of integration brought by various products. Most of those claims have proven not to be true. That is, the movement has been from using programming to using applications to perform the integration.

In more cases than not, this has proven to be negative for integration productivity and even transparency. It is apparent from SAP’s documentation and other marketing literature that SAP is not interpreting their attempts to productize integration in a way that allows them to understand why they are not making progress in the integration space. This gets into the topic of the non-programming integration paradigm.

If we follow SAP’s integration solutions’ evolution, SAP has attempted to move from a programming paradigm to a non-programming. This was when writing explicit code was replaced with some transactions for customization.

A few examples are as follows:

Document Note *This is a truncated history, but it should be sufficient to illustrate the pattern we are describing.

Issues with The Non-Programming Approach for Integration

We put AIF and BRF in a similar category with SAP PO, which is why, in addition to the products not matching the SAP pronouncements about them.

Furthermore, the documentation on this issue was slight, and we had to raise a note to SAP. The lesson from this experience is that the transactions that flow from SAP ERP control essential functions within APO. However, is this desirable?

SAP would clearly say this is desirable. However, my experience is that it isn’t. SAP developed from an execution system and entered into the planning market in my view, primarily at the nudging of analysts who very shortsightedly declared ERP “dead” back in the late 1990s (which brings up the topic of the accuracy level of software analyst firm’s projections). SAP brought their extreme complexity and detail-oriented approach, which they had developed from their experience in execution systems to APO, not an execution system. Unfortunately, this has not been a good match.

Planning systems deal at a more aggregated level than execution systems. Having three quantities associated with a Sales Order is unnecessary. Having a configuration in the ERP system that controls essential functions such as forecast consumption in APO is more of a liability. As a planning consultant, I want to control the consumption within APO entirely, and I don’t want to be surprised like this that I then have to sort out with the ERP team. This glitch prevented the client from using the consumption logic for several months. The issue is that SAP has never seemed to understand that planning systems are different from execution systems, and this has resulted in a difficult to implement software suite in APO vs. best of breed vendors.

For those that don’t think this one setting is that big of an issue, one should understand that this is just one setting (and a not well-documented setting). There are hundreds of settings like this, and every time I arrive on a project, because the project documentation is not well maintained in 90% of the instances, I have to check everyone one of these settings. This is why it takes so long to troubleshoot APO vs. other planning software. The importance of not documenting everything in APO was highlighted by the experience described here.

In the cases that I have created custom integration harnesses, I never ran into these problems because I could control the meaning of the transported objects (Sales Orders, On Hand, Stock Transfers, Purchase Orders, etc..) more easily than with the CIF. However, with the CIF, you end up getting unwelcome surprises precisely like this. SAP has taken the approach that there should be tremendous complexity in the logic of the integration between their ERP system and APO. I don’t think this has been a correct decision.