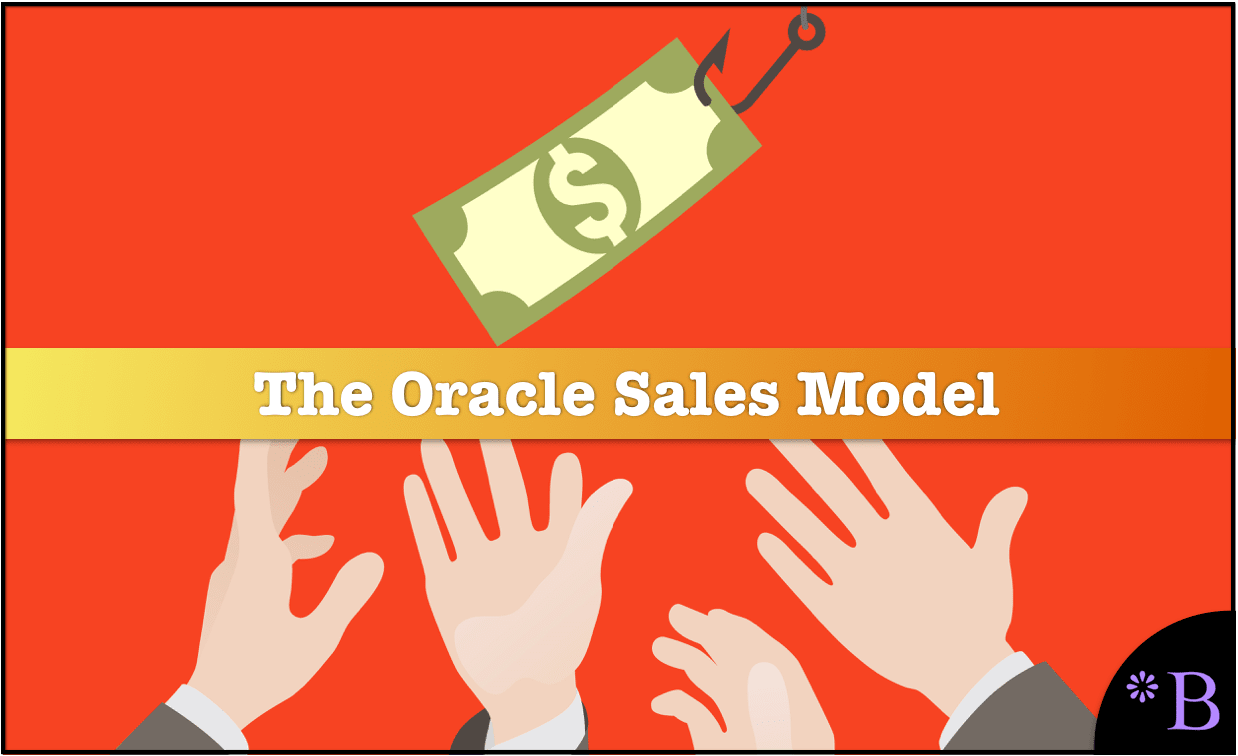 Oracle maintains a hyper-aggressive and deeply embedded software sales culture of factual misrepresentation, which unfortunately infects other enterprise software vendors, particularly those in the Bay Area, where so many of the world’s software vendors are located.

This Oracle software sales culture goes back to the origins of the company and is a more critical contribution to enterprise software than any product it has ever developed. If Oracle had not developed its database, other software vendors were there to take on the growth that Oracle enjoyed. However, its culture has affected the entire industry.

If one looks at the history of Oracle, while there were some early innovations in database design, Oracle was never actually the technology leader in databases – but it was the marketing leader. Oracle had a very brief period of innovation decades ago and has based most of its success on hard-nosed tactics, cheating, account control, and monopolistic practices.

Many of these Oracle salespeople infuse the Oracle culture into new companies that they move to. The amount of dissatisfaction by employees in our interviews that can be traced to Oracle hires is genuinely breathtaking, which is why we created this definition. And why we consider the hiring of many ex-Oracle employees into a new software vendor to be a sign of a software vendor’s decline.

Companies ranging from SAP to IBM also employ a similar software sales culture. However, as Oracle is considered the worst practitioner, and it is immediately recognizable as dishonest sales in the software industry, the “Oracle Sales Model” is excellent shorthand for underhanded software sales practices. Now are all salespeople that work for Oracle evil? No. I have friends that worked for Oracle in sales, and some tried to go against the culture and look for a partnership with customers. But most Oracle salespeople do not act that way.

Part of this is due to institutional incentives and Oracle training. Oracle salespeople have to go through Oracle training, which teaches them to behave and act in specific ways desired by Oracle.

Our Work in Managing Vendors

We have developed a comprehensive Honest Vendor Rating system, which provides a rating for many software vendors. However, we also offer consulting.

For more information, fill out the form at the end of this page.