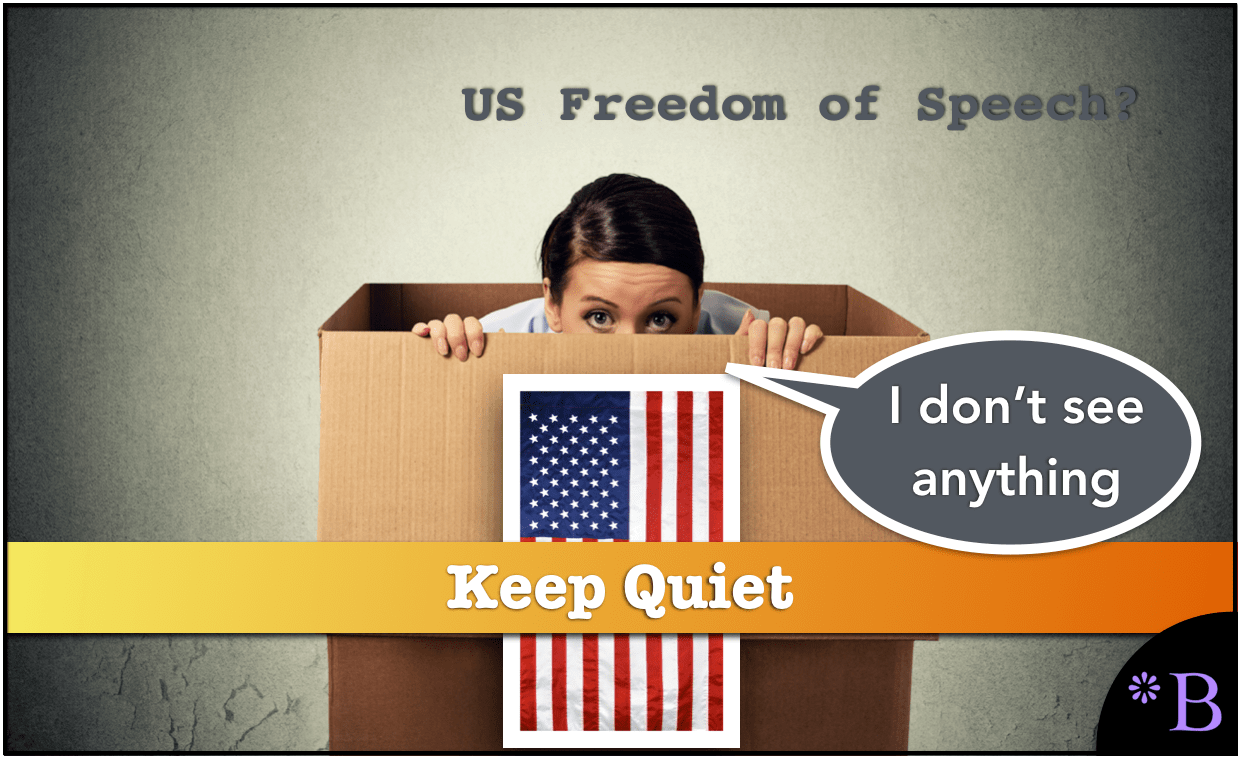 Google is now actively censoring videos that they find politically incorrect on YouTube.

Here Google specifically restricted the ability of people to find Tulsi Gabbard after one of her excellent debate performances.

Is Google A Regulated Information Utility?

Google is not regulated but has the ability to alter its algorithm without any oversight. That is, they function as a public utility for information; they are a monopoly with roughly 87% of all search traffic but face no accountability.

Google has been getting more and more restrictive on freedom of speech. They are also enforcing the music industry’s extreme licensing rules that lead to video demonetization for using tiny portions of songs.

And there is a problem.

Google is mostly run by Indians. Indians want to steal the white society as much as black and Mexicans, but they are more stealthy about it. They are anti-white and replace whites in IT jobs.

So now we have a foreign entity — that is unaccountable and anti-white determine what whites will be able to share.

Non-white immigration has dramatically increased since 1965. What is generally not considered in the attempt to paint a positive picture on non-white immigration, is that nearly all of the immigrants to the US since 1965 have come from countries without any experience or historical background with freedom of speech.

Secondly, as the US has become less white, it has also meant calls for more censorship.

Beyond this, whites are censored in their ability to oppose Muslim ideas, as this is also racist. Increasingly, non-whites have their speech suppressed.

The Impact of Non-Whites on Freedom of Speech in Europe

Every European country that has seen significant increases in non-white immigration has seen their freedom of speech curtailed. Sweden has been the most extreme, in some cases arresting Swedes for making anti-immigrant statements.

This describes how the Swedish constitution is proposed to be changed. This will allow the Swedish government to ban publication of the involvement of non-whites in the Swedish judicial system. This man has left Sweden for Norway. That is, he has been “pushed out” by non-white immigrants who reduced his freedom of speech — causing him to emigrate. Non-white countries do not have freedom of speech, and this brings up the question of whether freedom of speech can survive in any country where a substantial portion of the population is not white.

This type of speech is protected — as it attempts to say that nothing is Scandanavian — and that Scandinavian countries should embrace the outside and outsiders. It is objectively not true as Scandinavia has many things that set it apart — and as Scandanavia has embraced non-white immigration, the countries are observably worse. Buy such observations are censored are not allowed — while this type of speech is not only protected but has the backing of a major company like SAS, and airline.

The following video explains that the more diverse a society becomes, the less happy that society becomes. More diversity means more conflict, more interaction with people that do not share your values. More tribalism.

This video explodes the myth that diversity is a strength.

This video describes the goals of groups like Black Lives Matter to deconstruct and suppress science. Dr. Weinstein also points out that women’s studies departments are profoundly anti-science and anti-enlightenment. The video describes how groups like this want science shut down.

Feminists have aligned themselves with both blacks and Muslims — both of which generally reject enlightenment principles. Feminists, Hispanics, blacks, and Muslims, most Asians — all follow dictatorial constructs. For example, for all of China’s accomplishments and for all of its proposed “5000 years of culture,” China never developed freedom of speech. And ranked only a few steps above North Korea in press freedom. China does not have freedom of speech today.

This, in part, explains by feminism is really only focused on women’s rights and issues in the developed world, which has moved to parity in some ways, and superiority in other ways (for example, the right to choose one’s role — homemaker or provider, strong preferential treatment in family courts, more education on average)

What Did Post Colonial Countries Do on Freedom of Speech After Independence?

After the European colonial period ended — which was roughly between 1945 and 1965 — each country had the opportunity to change its freedom of speech laws to emulate those found in many white countries. However, the vast majority did not do this. Again — whites often assume that non-whites hold the values of The Enlightenment that they do not hold.

For example, it is very common in India for people to threaten to stab or kill one another over political disagreements. India has done nothing to progress freedom of speech, and the current Modi government is aggressively anti-speech. Almost none of the murders or coercion get out of India as India’s press is entirely controlled.

Much of what we are referring to when we discuss freedom of speech or other European based principles goes back to The Enlightenment, which is described as follows by Wikipedia.

The Enlightenment emerged out of an European intellectual and scholarly movement known as Renaissance humanism. Some consider the publication of Isaac Newton‘s Principia Mathematica in 1687 as the first major enlightenment work. French historians traditionally date the Enlightenment from 1715 to 1789, from the death of Louis XIV of France until the outbreak of the French Revolution that ended the Ancien Regime. Most end it with the beginning of the 19th century. Philosophers and scientists of the period widely circulated their ideas through meetings at scientific academies, Masonic lodges, literary salons, coffeehouses and in printed books, journals, and pamphlets. The ideas of the Enlightenment undermined the authority of the monarchy and the Church and paved the way for the political revolutions of the 18th and 19th centuries. A variety of 19th-century movements, including liberalism and neoclassicism, trace their intellectual heritage to the Enlightenment.

The Enlightenment included a range of ideas centered on the sovereignty of reason and the evidence of the senses as the primary sources of knowledge and advanced ideals such as liberty, progress, toleration, fraternity, constitutional government and separation of church and state.[5][6] In France, the central doctrines of the Enlightenment philosophers were individual liberty and religious tolerance, in opposition to an absolute monarchy and the fixed dogmas of the Catholic Church. The Enlightenment was marked by an emphasis on the scientific method and reductionism, along with increased questioning of religious orthodoxy—an attitude captured by Immanuel Kant‘s essay Answering the Question:What is Enlightenment, where the phrase Sapere aude (Dare to know) can be found.

The Age of Enlightenment was preceded by and closely associated with the scientific revolution.[10] Earlier philosophers whose work influenced the Enlightenment included Bacon and Descartes.[11] The major figures of the Enlightenment included Beccaria, Baruch Spinoza, Diderot, Kant, Hume, Rousseau and Adam Smith. Some European rulers, including Catherine II of Russia, Joseph II of Austria and Frederick II of Prussia, tried to apply Enlightenment thought on religious and political tolerance, which became known as enlightened absolutism.[12]

Many of the main political and intellectual figures behind the American Revolution associated themselves closely with the Enlightenment: Benjamin Franklin visited Europe repeatedly and contributed actively to the scientific and political debates there and brought the newest ideas back to Philadelphia; Thomas Jefferson closely followed European ideas and later incorporated some of the ideals of the Enlightenment into the Declaration of Independence; and James Madison incorporated these ideals into the United States Constitution during its framing in 1787.

The people that would restrict speech today do not agree with the enlightenment.

Many non-whites reject the proponents of The Enlightenment — as they were entirely white — as being racist. In the non-white view — only a viewpoint that finds its origin from a diverse set of individuals or from a group that is entirely non-white can be valid.

The following article also illustrates how freedom of speech is being curtailed both in the US and in other white countries.

Those that promote white society are not to be treated as Islamic terrorists?

The multi-factor impact of rising income inequality, the effect of Big Tech on information distribution, and the increase in non-whites in traditional white countries are all reducing the freedom of speech in white countries. Non-whites, mostly at least, disagree with the ideas of the enlightenment. By in large, they want to silence whites, and use the argument that whites are racist to do this silencing. Any statement that does not support more illegal immigration, more immigration of non-whites, more benefits for non-whites versus whites is simply categorized as racist and identified for censorship. Countries like Canada and Sweden have gone far in increasing restrictions on freedom of speech, and it is not coincidental that these restrictions have taken place as these countries have let in a large number of non-white immigrants. Secondly, the freedom of speech that does exist is unequally applied, with non-whites being accorded superior freedom of speech versus whites. Large numbers of non-whites were imported into white countries without any consideration for the fact that these immigrants have no historical experience with freedom of speech in their countries. These immigrants have found a common cause with younger white liberals, who appear to have the same disregard for freedom of speech as non-white immigrants. Raised under the construct of extreme political correctness, the importance has shifted to being politically correct over being actually correct.

The Non-White Disregard for Freedom of Speech

Notice that in debates, it is non-whites who say that speech should be censored. As universities become less white in the West, the freedom of speech on those campuses rapidly declines. Many Hispanics categorize the term “illegal alien,” a term with a legal definition, which is racist and hate speech. Under Hispanic concepts, there is no such thing as the term “illegal,” that no person is “illegal.”

The reality, barely observed by those that live in white countries, is that there are, in fact, few countries that defend freedom of speech.

The Feminist and Liberal Disregard for Freedom of Speech

In this video, feminist states that she thinks freedom of speech includes being harassed, shouted down, having a fire alarm pulled, and a speech at a university generally prevented from occurring. A second feminist thinks that speech is not protected if that speech is “drivel” (i.e., she disagrees with it), or of the speech is on a university campus, as it is taxpayer-supported.

It is curious how white liberals and white feminists normally hold the same views on freedom of speech as non-whites. They seek to determine what speech is appropriate. Liberals are supposed to follow Englightenment principles, but they generally do not. They now seek to control speech and to declared any speech that disagrees with their speech as a type of hateful or socially unacceptable speech. Feminists and liberals should come out and say what level of freedom of speech they want — because what they enforce is censored speech. It is as if they do not even live in a country with freedom of speech. Feminists and liberals now pull fire alarms to stop public speakers they disagree with, use shaming language, attempt to get people fired from jobs for holding non politically correct views. It is almost as if feminists/liberals and non-whites have forged an alliance to restrict speech as much as possible.

All of these trends are moving the bad direction, and as I write, this is a high watermark for freedom of speech. As time passes, white countries are headed towards increasing amounts of censorship.

A diagramed approach to understanding the enlightenment.

An overview of The Enlightenment.