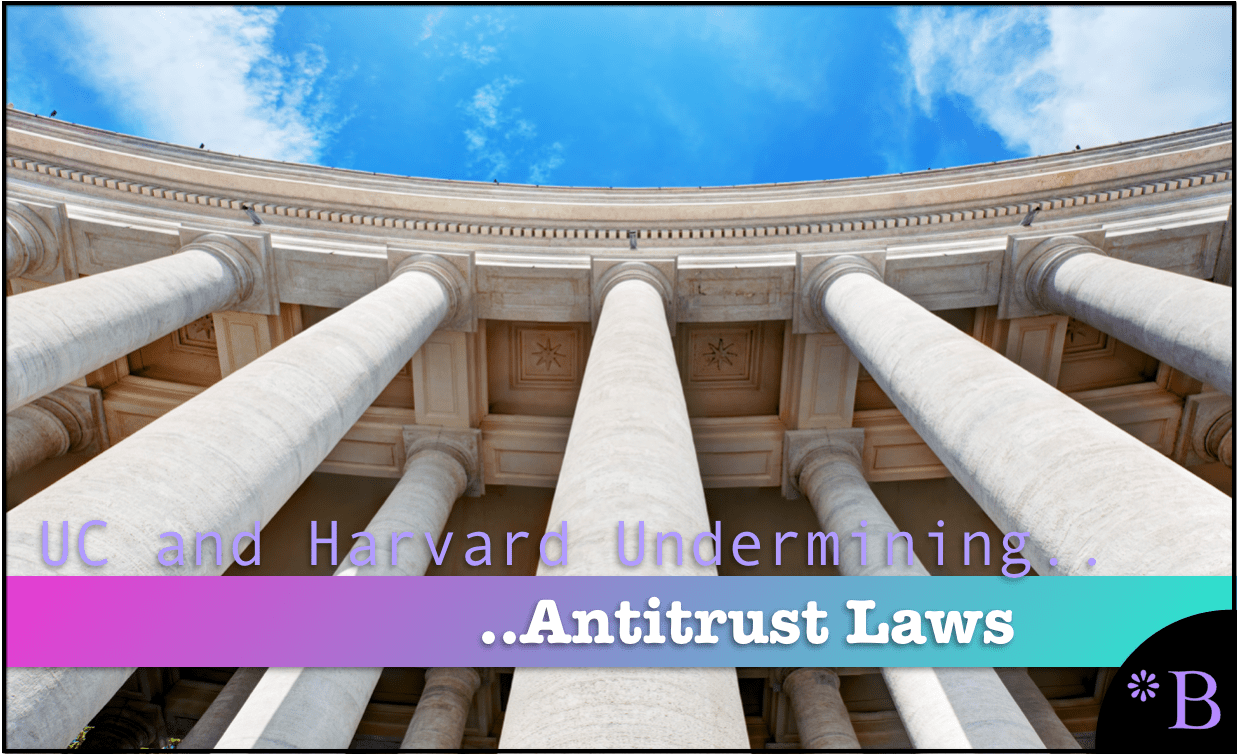 In performing research in indirect access rules as employed by SAP, I investigated tying arrangements in tying agreements. I found it interesting to once again run into two of the least reputable universities who proposed arguments that once again seemed quite in line with what their monied interests donors would want these two universities to publish.

The University of Chicago and Harvard

The tying arrangements that UC and Harvard refer to are things like a camera being combined into a cell phone. This is a combination of technologies that no one has ever accused any cell phone manufacturer of engaging in a tying agreement. UC and Harvard offer several examples that serve as primarily diversionary tactics. This leads to the next big falsehood, which is that tying agreements are as often procompetitive as they are anti-competitive. Right, they are so procompetitive that it is why we have laws, laws which UC and Harvard are attempting to dilute for the benefit of their donors, against them.

Professor Elhauge. In fact, there is no basis—either empirical or theoretical—for the two approaches presented whereby the onus of proof should be shifted. While closing a significant segment of the tied product market strengthens the anticompetitive potential of the tying arrangements, it does not diminish their pro-competitive efficiency potential.162 It can even be argued that the foreclosing of the tied product market is a prerequisite for eliminating double markup distortions, which is a pro-competitive effect.163 Applying a presumption against tying arrangements in certain scenarios assumes that their anticompetitive potential outweighs their pro-competitive potential. However, this assumption has no anchor either in theoretical writing or in empirical research.164 – Seattle University Law Review

UC and Harvard make it sound like tying arrangements that are procompetitive are frequently deemed uncompetitive by the courts or by the FTC. However, there is no history of this happening. It is a ridiculous argument presented by these two universities.

UC and Harvard’s views on tying agreements are consistent with economics generally.

They argue that the leverage theory only rarely motivates sellers to engage in tie-ins, and that even if it did, it would rarely be successful; therefore, judicial concern based on the leverage theory is misplaced. Economists suggest that, instead, several other objectives motivate sellers entering into tying arrangements which have benign effects on competition. Finally, they argue that some tie-ins are motivated by efficiency considerations, and that proscription of these would be harmful to the economy. – Vanderbilt Law Review

This flies in the face of reality, and as economists frequently do, they appeal to some theory that has, in most cases, never been proven. Here is another example.

Suppose we take the example of the indirect access fees charged by SAP for SAP ERP licenses to companies that do not purchase complimentary SAP products and instead go with a non-SAP application. In this case, the customer can easily be redirected towards the purchase of SAP (non-ERP) applications. This will allow the customer not to pay for both a non-SAP license for non-ERP software plus the ERP licenses. This is because SAP will waive the ERP licenses cost if the SAP non-ERP applications are purchased.

The result is that the customer buys from SAP instead of buying from the non-SAP vendor.

Once the “objectives” of the economist become clear, then their arguments very much fall on hard times. Here is one example.

“Third, the fact that certain forms of tying arrangements might not shift any resources among competing producers, but will merely shift them between sellers and buyers, is nonetheless not irrelevant for antitrust purposes. Economic explanations are said to be value free; the distribution of resources among buyers and sellers, provided there is no increase or diminution in total societal resources, is a concern that economists need not address.2 The legal system ought not be equally value-free. 3 This Article not only proceeds onThe premise that it is not of negligible concern whether profit maximization goes to the seller or to the buyer; it makes the explicit value judgment that, all other things being equal, the buyers’ interests ought to prevail. For example, there is no need to be equivocal about tie-ins used to evade governmental price ceilings on the tying product, even if they cause no adverse impact on competition. Therefore, if it is asserted that the principal objective of tying arrangements is to achieve this shifting of resources effect, this in itself might be sufficient grounds to hold all tying arrangements unlawful.” (emphasis added) – Vanderbilt Law Review

It is almost impossible to believe that economists hold this as a goal. Therefore they consider it immaterial if tying arrangements benefit the buyer or the seller, as “surplus” ends up “someplace.”

It should come as little surprise that the University of Chicago and Harvard would propose this. They consistently write in this exact manner on a wide variety of topics, and their “research” is highly predictive. Time and again, UC and Harvard propose policies that benefit the most influential companies at the expense of all others.

The Overestimation of “Perfectly Competitive Markets”

Harvard performed research that was used to justify not regulating financial markets, and this was before 2008. Both UC and Harvard greatly exaggerate the number of perfectly competitive industries. They do this for the straightforward reason that their donors want the markets that they operate in to be viewed as “perfectly competitive” so that they receive no oversight. They can continue to operate as unregulated entities.

Harvard and UC consistently don’t care what is true, and they are about pushing forward arguments that support their donors’ interests.

Both UC and Harvard are consistently wrong on topics ranging from competition levels in various industries to what constitutes things like tying agreements. The less regulation of industries is performed, the more the donors to UC and Harvard benefit. Neither UC nor Harvard is a reputable source of information on this topic.

This is because they only represent the interests of the largest corporations that benefit from the promulgation of misinformation on how regulation is unnecessary and markets are perfectly competitive. In this way, UC and Harvard produce exactly the “research” that their donors request and their donors pay for.