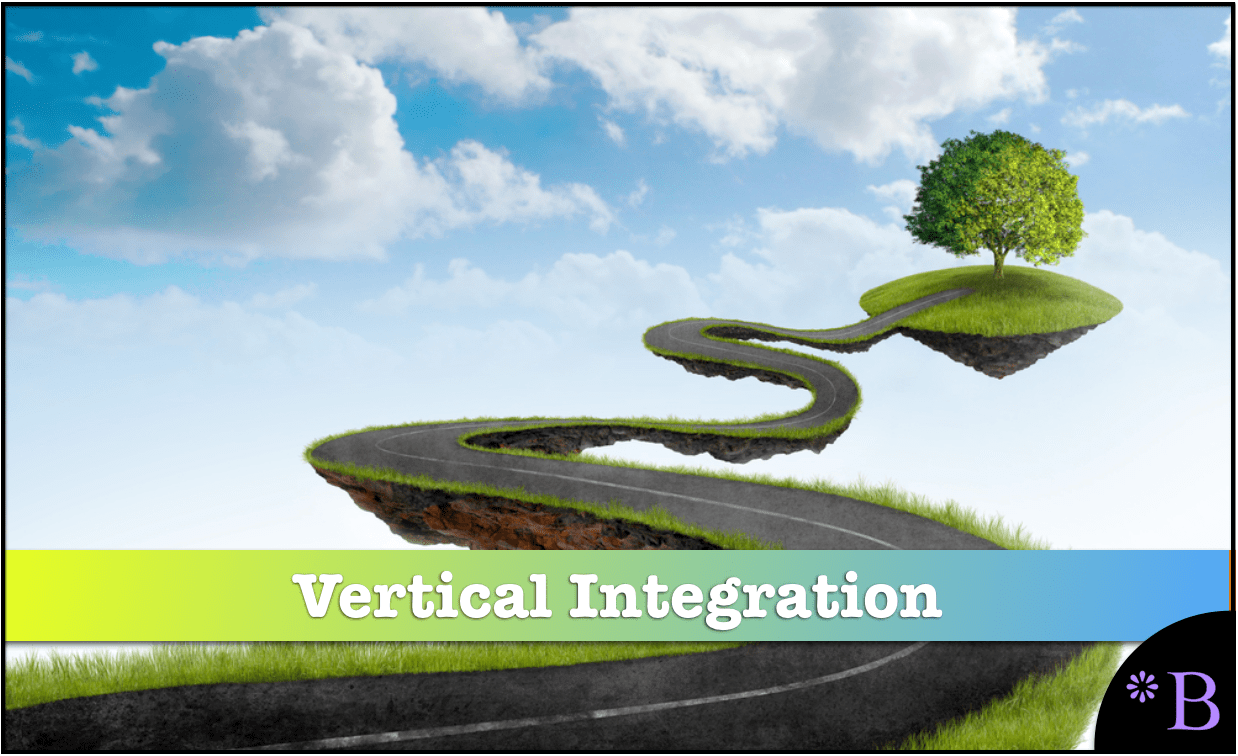 Those who have a familiarity with business have heard of the term vertical integration — where one company performs all of the activities that lead to the output product. Some of the best-known examples of vertical integration are Carnegie and his steel supply chain that went all the way from the mining of iron ore to the production of steel. Ford’s River Rouge Complex, still the largest manufacturing facility ever created  – although no longer in operation – is another example.

Can There be Too Much Vertical Integration?

Too much vertical integration is the product of a bygone era. The new concept is to leverage competitive advantage and to outsource non-essential activities, so-called vertical dis-integration. Therefore, imagine how surprising it was for me to find the following information while performing research for a book which is quite interested in the relationships between locations in a supply network, called Superplant.

…control the processor, the hardware and software. Hardware itself is not typically manufactured by Apple, but is outsourced to contract manufacturers such as Foxconn or Pegatron who manufacture Apple’s branded products to their specification.

Control is, of course, synonymous with coordination and oversight, two things that planning systems provide. With regard to manufacturing, the twin trends of subcontracting and contract manufacturing are often considered to be movements away from vertical integration. However, in both instances, the OEM/contractor is still in firm control of the process, and according to the Wikipedia definition, the main factor is whether the central entity “controls” the process — not whether they perform the process. I will propose an extension the definition here – in a way I think that is accurate, that a simple dividing line is when a product is procured versus externally manufactured. By that definition, vertical integration is still alive and well.  There are several implications to this. However, the one I want to explore in this article is the implication for production planning.

Increasing the Scope of the Conversation Beyond Collaboration

Vertically integrated companies increasingly face scenarios where they perform planning and require feedback of manufacturing operations, even though they often do not do the work within their enterprises. Many analysts distil these requirements down to collaboration, but this is an oversimplification – bordering on misrepresentation and what is needed. There are also the planning, integration and execution components that must be made to works for these processes to both work smoothly and to be leveraged effectively. In fact, the collaboration aspect may be the easiest part of the problem to solve, as collaboration can — at the most basic level be enabled with emails as to subcontractor capacities and the status of various subcontract activities. However, having a specialized application that does “collaboration” also seems flawed. Why aren’t all planning applications only designed to be collaborative in themselves? In the future, it is easy to imagine where subcontractors and contract manufacturers enter their information into web pages, which are simply one view of the planning application.

How to Best Accomplishing Increased Oversight

One critical component to external plant oversight is accomplished by leveraging the subcontract and contract manufacturer planning (in some applications) and it is significantly enabled if the application can mix and match and compare various competing alternate routings, routings which sometimes cross between internal locations and partner locations. Most companies now have some requirements which blur the line between what is “inside” and “outside” of the company, and most planning and ERP software is simply not keeping up. Vendors are often more than happy to tinker with old designs rather than to incur the expense of altering their applications from the ground up. When it comes down to changing the marketing literature, or changing the software, changing the marketing literature will win on most occasions. However, at least one vendor does have this functionality, and it can serve to explain how these requirements can be met. This is Superplant functionality, the title of this book, and who’s definition can be found at this link.