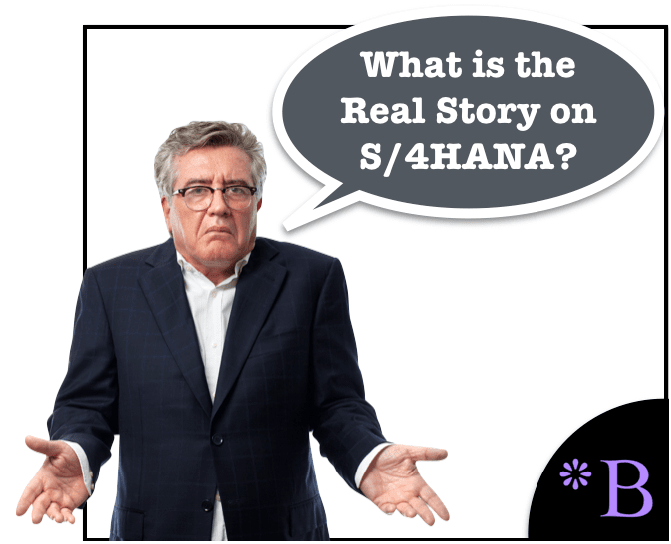 Is it True That ECC Customers Will No Longer Receive Support After 2025?

What many SAP customers are unaware of is that the number of live implementations of S/4HANA is not what is generally communicated by SAP.

Those people that are speculating such SAP consulting firms, IT analysts and IT media about SAP support and the 2025 deadline, all use the estimates that come from either SAP or from entities that are friendly to SAP or are controlled by SAP.

These entities are not free to perform an estimate that is different than SAP’s estimate, and nearly all of them either report what SAP tells them to report or they have SAP review the information before it is published. That is, it may be published by some entity other than SAP, but SAP’s fingerprints are all over it.

Everyone’s estimates except for those from Brightwork Research & Analysis.

For any company that’s interested in knowing about what will happen to the 2025 deadline. Our research is critical to perform proper planning

Brightwork is the go-to research firm on SAP. The research was performed by an analyst with decades of SAP project experience. This is the only study that provides the truth on S/4HANA implementations because Brightwork is not financially connected to SAP.

Figuring Out the ECC Support Question With The Right Information

Customers that rely upon SAP consulting partners can expect to receive the same information repeated through the consulting partners, which are the official position of SAP. This is not a good way to make such an important financial decision. Our research gets to the real story around S/4HANA, which connects directly to the question of ECC support and the 2025 deadline.

Updated Section as of April 2020

We had one commenter note that this article was out of date. We do not update articles where we make a prediction. This is part of our unparalleled record of accuracy on SAP topics as we cover in the article A Study into SAP’s Accuracy.

We do have a separate article. SAP Reverses its Cynical 2025 ECC Support Deadline, that covers SAP’s change in policy regarding the 2025 support deadline.