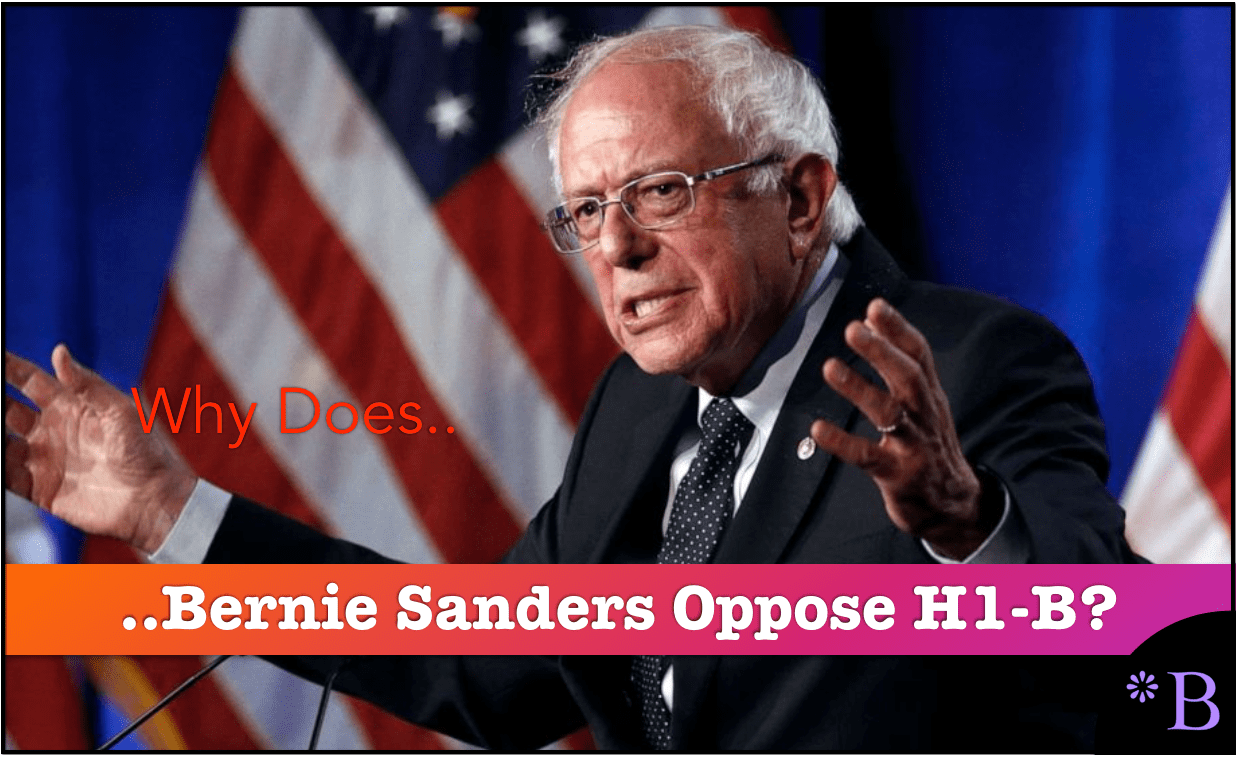 Bernie Sanders gives the following reason why he opposes the H1-B program.

Presidential candidate Bernie Sanders opposed guest worker programs[178] and was also skeptical about skilled immigrant (H-1B) visas, saying, “Last year, the top 10 employers of H-1B guest workers were all offshore outsourcing companies. These firms are responsible for shipping large numbers of American information technology jobs to India and other countries.”[179] In an interview with Vox he stated his opposition to an open borders immigration policy, describing it as:

…a right-wing proposal, which says essentially there is no United States…you’re doing away with the concept of a nation-state. What right-wing people in this country would love is an open-border policy. Bring in all kinds of people, work for $2 or $3 an hour, that would be great for them. I don’t believe in that. I think we have to raise wages in this country, I think we have to do everything we can to create millions of jobs. – Wikipedia

Bernie Sees Through the False Claims by Multinationals on H1-B

Multinationals try to present H1-B as being primarily about skills. However, there is no evidence that theUS labor market lacks the skills to fill the millions of positions that have gone to H1-B visa holders since the program was introduced in 1990, as we cover in the article How the Number of H1-Bs Imported Outnumbers the Number of Jobs Created by the Tech Industry.

However, lobbyists work the system such that it is difficult to vote against their programs. This is covered in the following quotation.

When push came to shove, Sanders voted for the bill anyway after receiving a $1.5 billion jobs slush fund payoff. (and as we showed you, the Gang of Eight bill was stuffed with obs of similar goodies for senators in both parties who sold out). Sellout actions speak louder than words. – Sold Out

Bernie Sanders knows that employers, unusually large corporations, are always looking for ways to depress wages. This is why they approve of migrant farm labor on the abuses H2-A visa program, and why they aggressively lobby in favour of the H1-B program as we cover in the article

Curiously, we had to dig to learn that Bernie Sanders held this position. However, we were disappointed to learn that he went ahead and voted for an H1-B enlargement in any case.