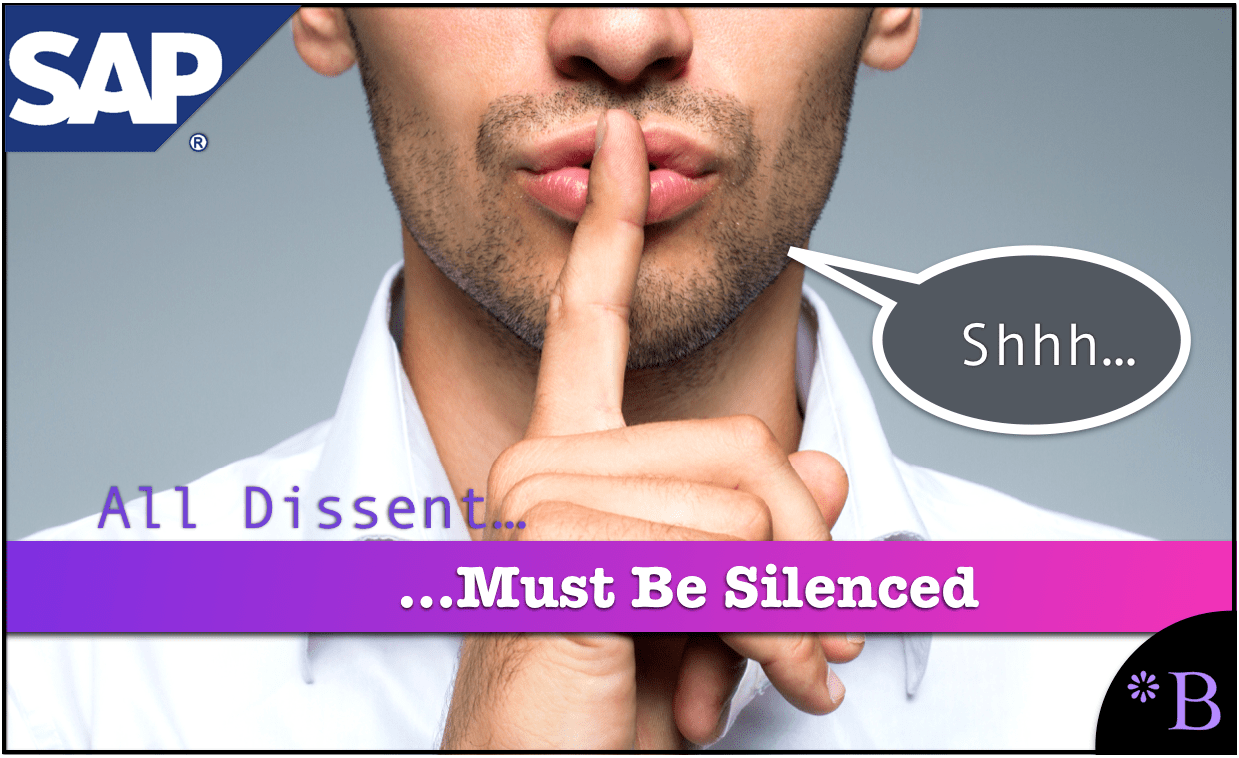 In the article What We Can Learn About Trump’s Inept Advice on Drinking Lysol for Treating the Coronavirus, I observed that incompetence is a common occurrence among those at the top of hierarchies. I also observed that the concentration of power has become so extreme that there is little difference today between elites in “democratic societies” and the old monarchial system. This article connects to a related point: the necessity to censor criticism of powerful corporations and how it is similar to dictatorial systems of old.

Background on Cults and Dictatorial Systems in Software

Writing and analyzing SAP and debating SAP resources, I found a slavish devotion to Hasso Plattner and other SAP leaders that borders on the absurd. 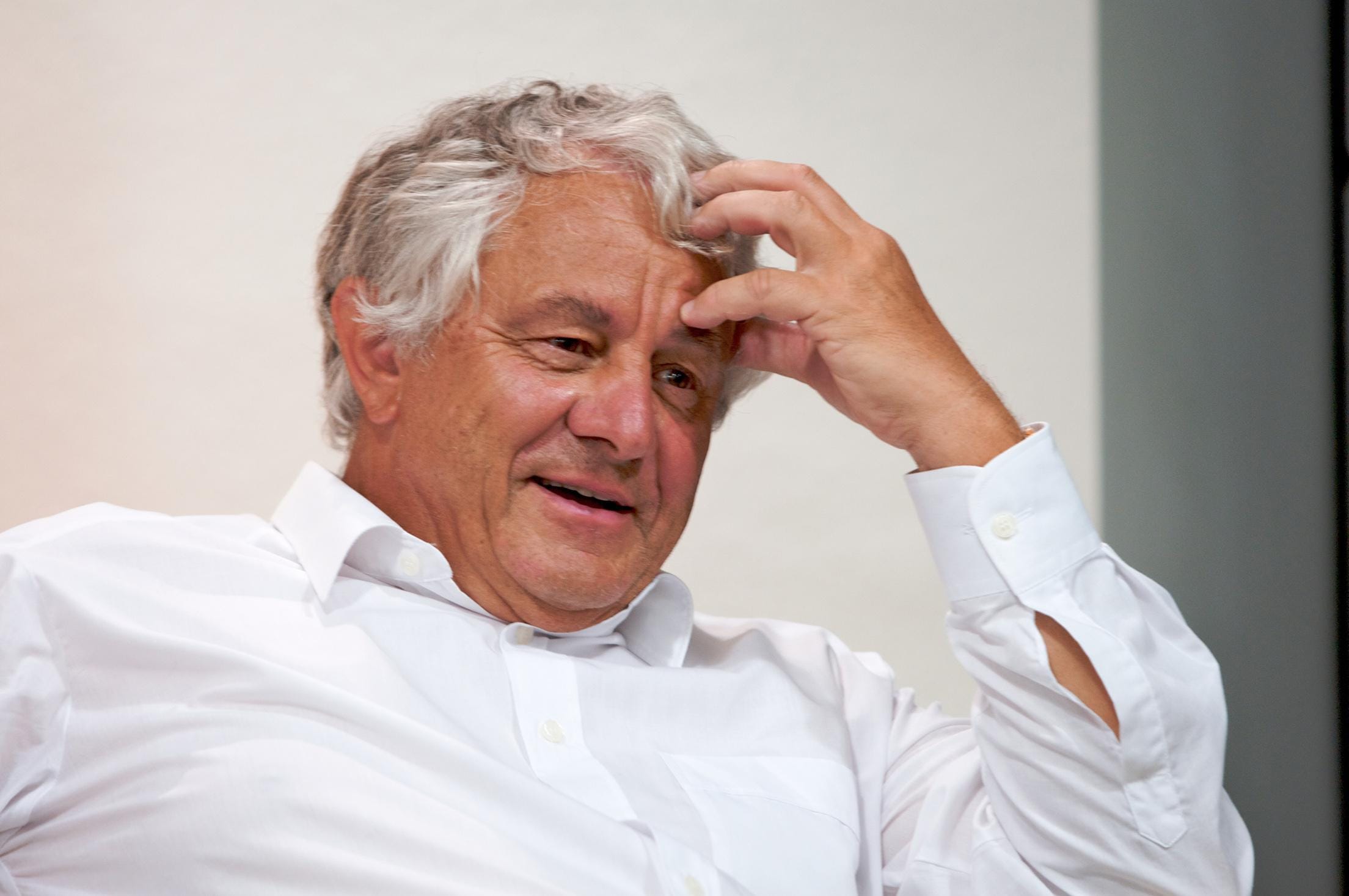 Hasso had been passing an honorary Ph.D. as a real one, as I covered in this article. Does SAP’s Hasso Plattner Have a Ph.D.? Typically, being caught faking one’s academic credentials is discrediting. This was defended by several SAP resources, who are, of course, financially connected to SAP. Hasso Plattner is also a computer science professor at the Hasso Plattner Institute — at the University of Potsdam in Germany (which he endowed). However, he has no degree in computer science. He also lives on a sailboat for 1/2 of the year, so this is a very bizarre professorship. Just pointing out these inconsistencies is highly offensive of SAP devotees.

When I exposed the fact of Hasso Plattner’s introduction of himself as an academically credentialled Ph.D., while his degree is honorary, something a few people knew but were afraid to point out, I was accused of having a personal problem with Hasso Plattner by SAP devotees.

I do have a problem with Hasso Plattner, and it is a problem I think many more people should have with him instead of mindlessly praising him. My “problem” with Hasso Plattner – is that he can’t stop lying (his fake Ph.D. is only the tip of the iceberg), and in my view, people that constantly lie should be called out for it.

What I wrote can’t be contradicted factually. Oprah Winfrey has four honorary PhDs, but we don’t call her Dr. Oprah Winfrey. It is well known that honorary PhDs are faux titles conferred as payment to celebrities for making commencement speeches. Furthermore, Hasso has been lying for around 15 years about this topic.

Trying to Find the Right Tone When Calling Someone A Liar

Another critique was that the “tone” of the article was not appropriate.

SAP devotees disapprove of using humor in articles. The problem is that once a person’s lies become large enough, they become comical. 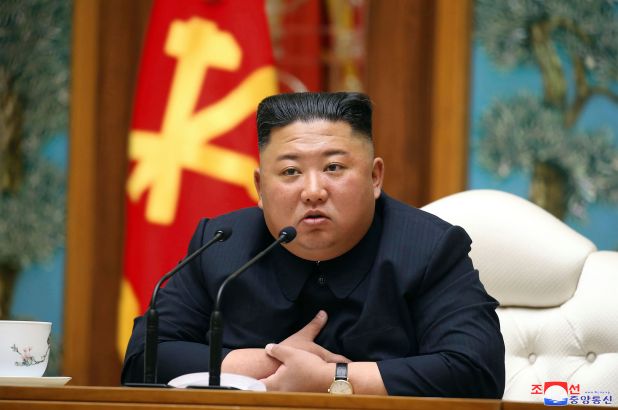 For example, Kim Jong Un’s assertions that he works so hard that he burns up the food he consumes internally and does not need to defecate, or that Trump has a “really good brain” and is one of the “best memories in history,” are amusing.

However, if I lived in North Korea and critiqued Kim Jong Un, I would be kidnapped and most likely murdered. Let us see what happened to one American for saying far less negative things about Kim Jong Un than I have said about Hasso Plattner. 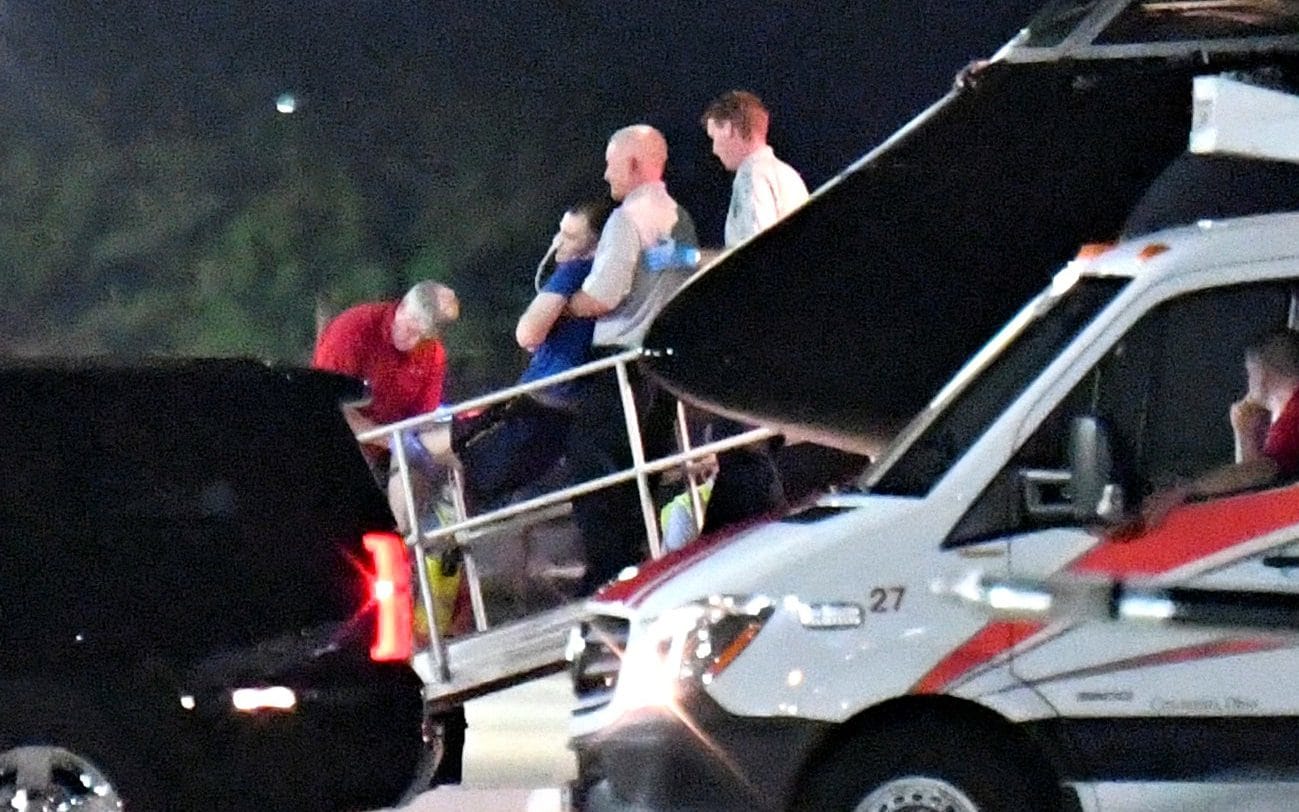 Otto Warmbier was sentenced to life in prison in North Korea for defacing some political posters.

He was then returned to the US after his North Korean captors had mortally damaged him. Apparently, life in prison was not sufficient. He had to be tortured to death while in prison. Wouldn’t we like to see the video footage of what the North Korean prison guards of intelligence officers did to Otto?

Once it was clear that Otto Warmbier was so damaged he would soon die, the North Koreans had him sent to the US so that his death would be on the US’s “books.”

An American student imprisoned in North Korea was returned to his family blind, deaf and howling incoherently on a stretcher, his parents have said, in their first interview since his death in June.

Fred and Cindy Warmbier’s son Otto, 22, had travelled to North Korea as a tourist in January 2016. He was arrested and accused of removing a poster from his hotel, and sentenced to 15 years in prison.

Mrs Warmbier told Fox News on Tuesday that the howling sound so terrible she ran off the plane.

“Otto had a shaved head, he had a feeding tube coming out of his nose, he was staring blankly into space, jerking violently,” said Mr Warmbier.

“He was blind. He was deaf. As we looked at him and tried to comfort him it looked like someone had taken a pair of pliers and rearranged his bottom teeth.”

Warmbier was taken to hospital, but died six days later. – The Telegraph

This is considered an entirely normal way to treat people who critique the system in North Korea.

What a great regime.

I don’t want to offend any SAP or North Koreans by critiquing this treatment of Otto Warmbier, as I may not strike the correct balance in my “tone.”

What is the correct tone in any case?

Perhaps I should send my articles to SAP Marketing so that they can apply the correct tone. Both SAP Marketing and the North Korean Ministry of Information can give me some pointers. Apparently, this ministry works in the following way.

The department sets guidelines for all propaganda materials produced and all North Korean media is overseen by it. However, in order to maintain its clandestine nature, actions relating to repression of the media are nominally attributed to the Ministry of Culture [ko]. When newspapers are published in North Korea, they go through three rounds of censorship. The first is handled by the editors of the paper. The second and third levels are taken care of by the department. – Wikipedia

I have a feeling my articles would need a lot of rounds of censorship! Probably more than three.

The major media entities in the US have come up with a tone correction for calling out lies.

“Being less than forthright.”

“Being less than fully transparent.”

There seem to be various phrases used that try to circle the accusation of saying someone is lying. However, “being less than fully transparent” is an inaccurate euphemism. Lying is just that. A lack of transparency means that the process is not auditable, so the euphemism is simply false when applied to lying. This is like trying to recategorize a midget as a…

A little person can be a smaller person. A midget is a technically accurate term. A little person is not a sufficiently descriptive term. If a person says a person is a “little person,” I have no idea if they are talking about a small person, a midget, or a child. The fact that the term midget is occasionally used in a derogatory manner is not a reason to replace the functioning term with an imprecise term that could refer to someone below 5 foot 2.

The Problem With Effective Critiques

The real critique around “tone” is that their precious cow is getting skewered, and the critique is effective. When devotees have nothing of substance to say, they point to tone or “personal vendettas.”

My commentary is that a good way not to get criticized is to stop lying.

Stop talking about colonizing Mars (Elon Musk), zero latency databases (Hasso Plattner), and then you will find you won’t be critiqued. But without lies, Elon, Hasso, Ellison, and many other high-status individuals would lose their power. Their power is based on lies and financial control over media entities and PR outfits that align themselves with the superpowerful part of their business model. 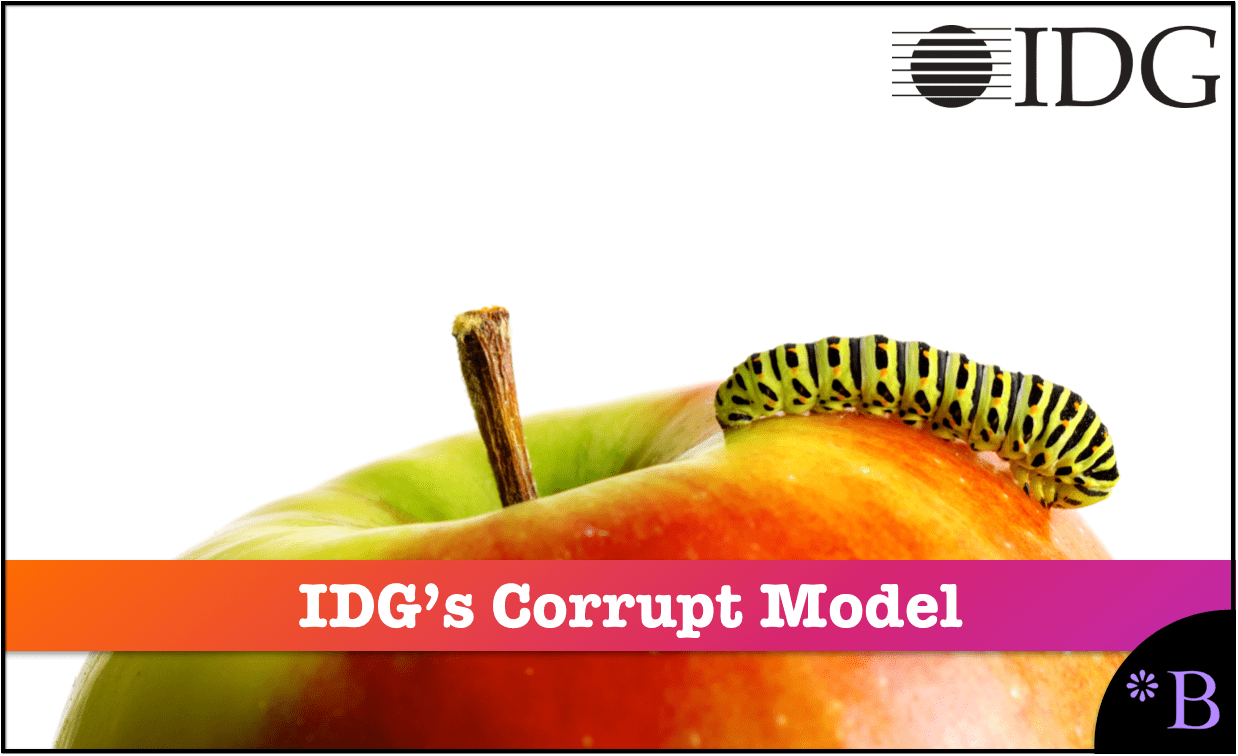 In the article, The Problem With IDG’s Media Conflict of Interests, all of the information providers in the enterprise software space are in some way financially connected to the mega-vendors. Any of the mega-vendors can declare that the moon is made of cheese or that they rode on Santa Clause sleigh, and the media, consulting, and IT analysts line up to say that it must have been true.

If one checked the percentage of things that many of these high-status people say that comes true, it is true, as the site elonmusk. today.

The Power of Lies

This applies to smaller fish as well. Vishal Sikka, an ex SAP executive, raised $50 million by making several false statements about his AI knowledge and what his company would eventually do. In the article, we covered this story How Much of Vishal Sikka’s Explanations on Artificial Intelligence is Complete BS.

When kicking off his company, Vishal was treated to an entirely passive interview in the magazine Knowledge@Wharton. Vishal’s statements in the article were ludicrous, yet Knoweldge@Wharton allowed him to make many inane statements unchallenged.

If you look at the history of Vishal Sikka’s statements, if he is not at 0% accuracy, he is very close to 0% accurate. Without lies, Vishal Sikka would have only a tiny fraction of his wealth. Vishal Sikka’s contribution to the economy is, I am convinced, a negative, with his wealth being stolen from others’ work. 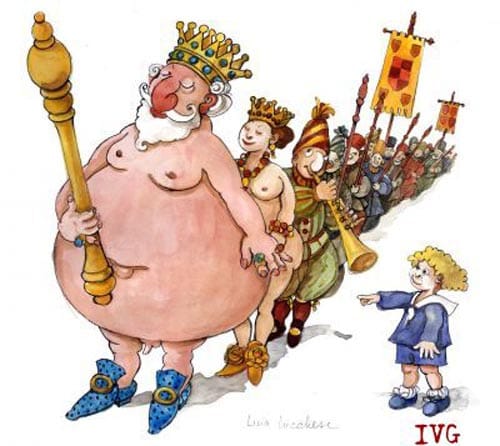 The entire point of the Emperor’s story Has No Clothes is that power can say anything and do anything and never be critiqued. Power means literally never having to admit you were wrong and never have anyone point it out (in public anyway.) 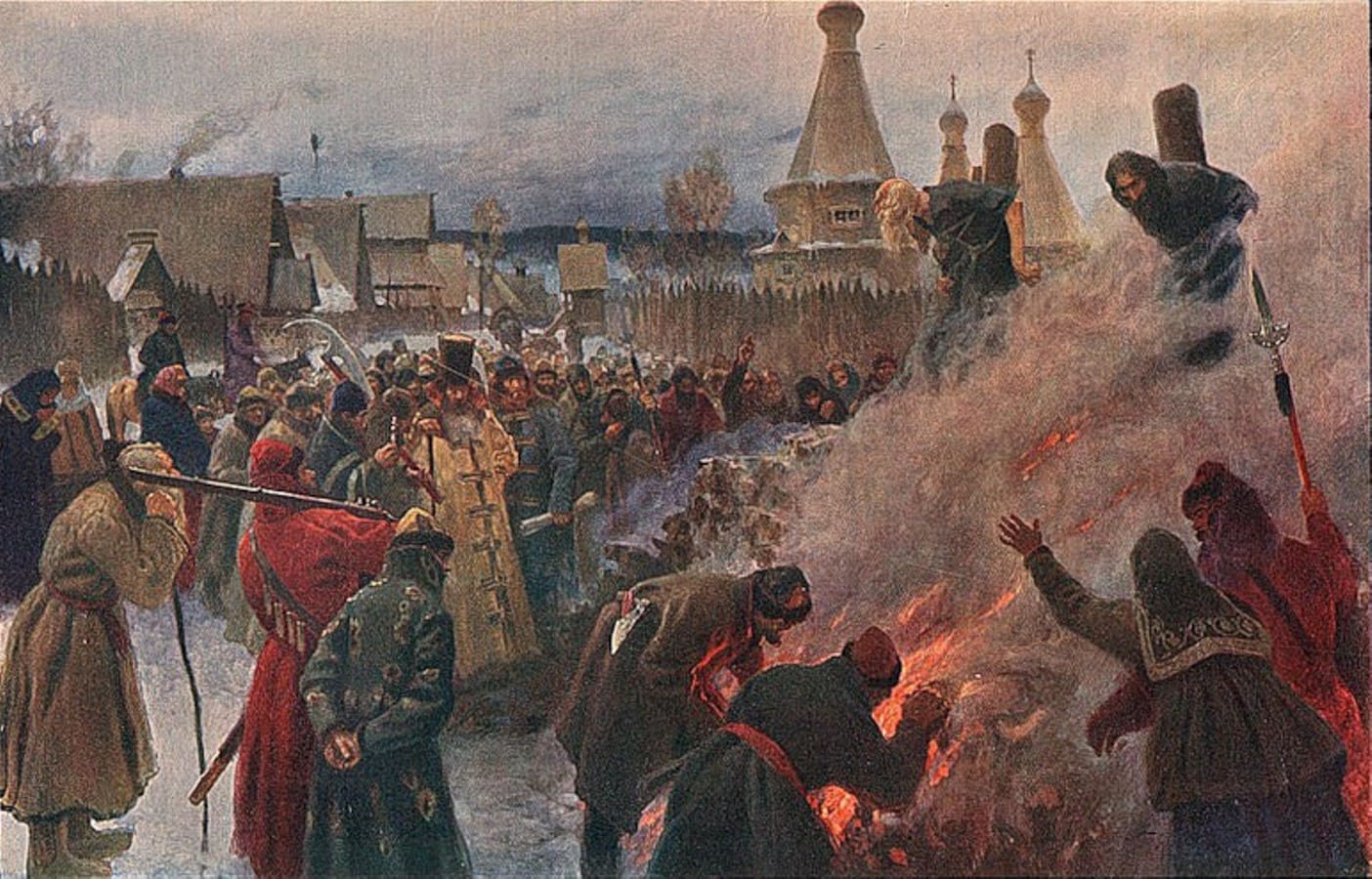 The way the Catholic Church dealt with criticism is they burned people at stake. When you talk to modern-day Catholics about these practices, they tend to like to change the subject. They seem to view burning people alive as not representative of the church and something done by “a few bad apples.” God, they say, is about love….until you contradict a religious power structure, it is more about heat than love.

Dictatorial systems must have the ability to censor or punish those that critique them, or their power is significantly reduced.

In North Korea, the citizens have to cry profusely when Kim Jong dies.

It is the same thing in corporate dictatorial systems.

Oracle resources fear being viewed in public, critiquing Larry Ellison, and will defend his lies. People appear to pick a side, pick their God, and then use hypocritical arguments to defend that entity. People who work for Oracle like to say to me…

Sure, Larry takes some liberties with the truth now and then, but he is not as bad as Hasso Plattner.

Isn’t it amazing how all of the lyings always seem to emanate from the head of companies that aren’t the current employer of the individual pointing out the lying?

This is hilarious….in the beginning, but the more you want to the end, the sadder it becomes. These people are crying for the passing of their oppressors. They should be standing up and doing an Irish Jig.

Right after Kim Jong Il, the North Koreans received Kim Jong Un, who basically did the same thing. The country stays impoverished while he drinks the highest cost whiskey and has private trains, and so on.

This is the appropriate response to the death of a dictator, an Irish Jig. It seems like a dance almost created just for such an occasion.

However, you can’t do the Irish Jig in North Korea in response to a dictator’s passing because if you do, you will end up like Otto Warmbier.

Those that support enormous software or other monopolies and dictatorial systems and seek to censor criticism have much in common with those that enforce the same type of censorship in dictatorial political regimes.