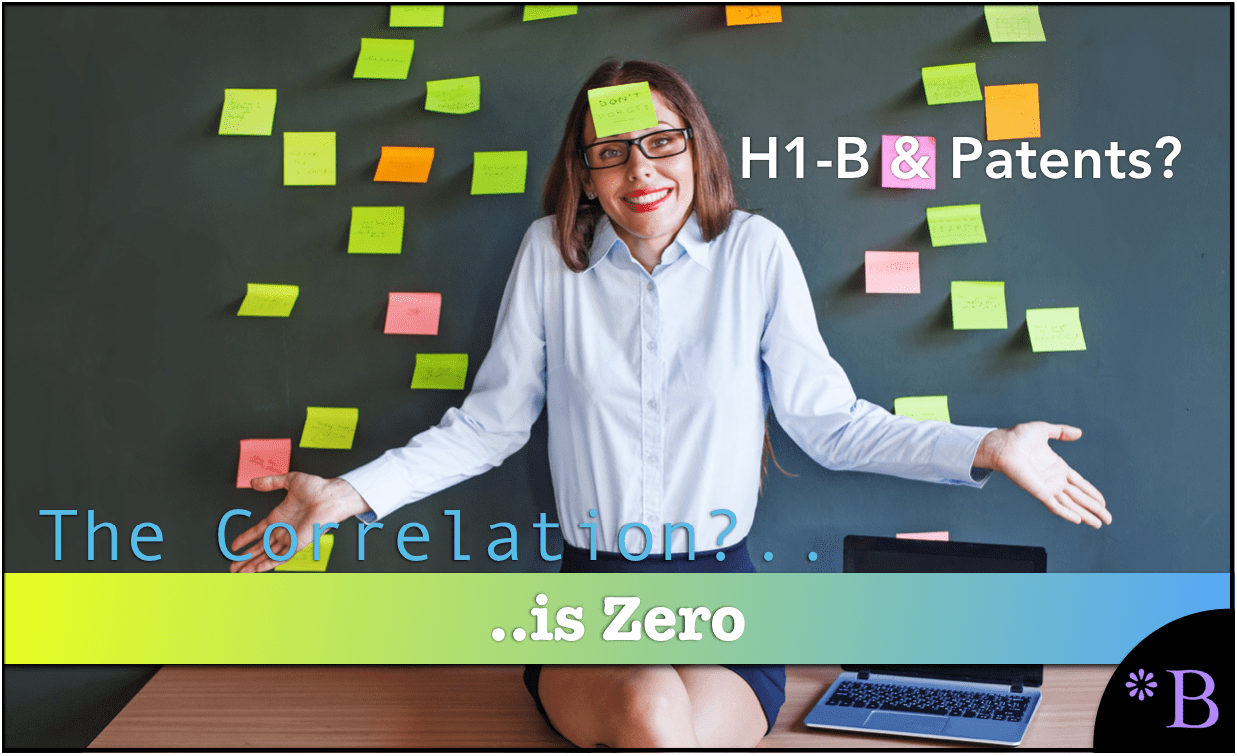 The H1-B lobby continually makes claims that the H1-B program (and enlargements to the H1-B program) are necessary to access highly skilled workers. This must naturally mean that firms that employ the most H1-B visa workers are the most innovative.

What does research show about the relationship between H1-B visa workers and patents?

A Relationship Revealed…to Be Nothing

A majority of the H1-Bs granted in 2013 went to offshoring firms like Infosys, Tata and Wipro. Such firms are not known for technological innovation and have received very few patents. In fact, the research paper by Kirk Doran and his collegues found that H1-Bs have no effect on patenting within eight years. These results held even when the researchers excluded offshoring firms from the analysis. – Sold Out

This is a partial table from the research.

It is inconceivable to us that Microsoft has this many patents as they are hardly an innovative company (but they have the money to apply for many patents). However, regardless, it is entirely known that the companies that have the most H1-B visa workers are the least innovative.

The reason that there is no relationship between the number of patents created by a company and its number of H1-B visa holders that it employs is that most H1-B workers are not highly skilled. Instead, they are average workers who work long hours at lower pay than the prevailing wage. If H1-B visa holders were what the H1-B lobby said they were, there would be a relationship between the number of H1-B visa holders at a company and patents. Companies that are most associated with the H1-B program like Cognizant, Tata Consulting, Infosys, etc are known explicitly as body shops and for not being innovative.