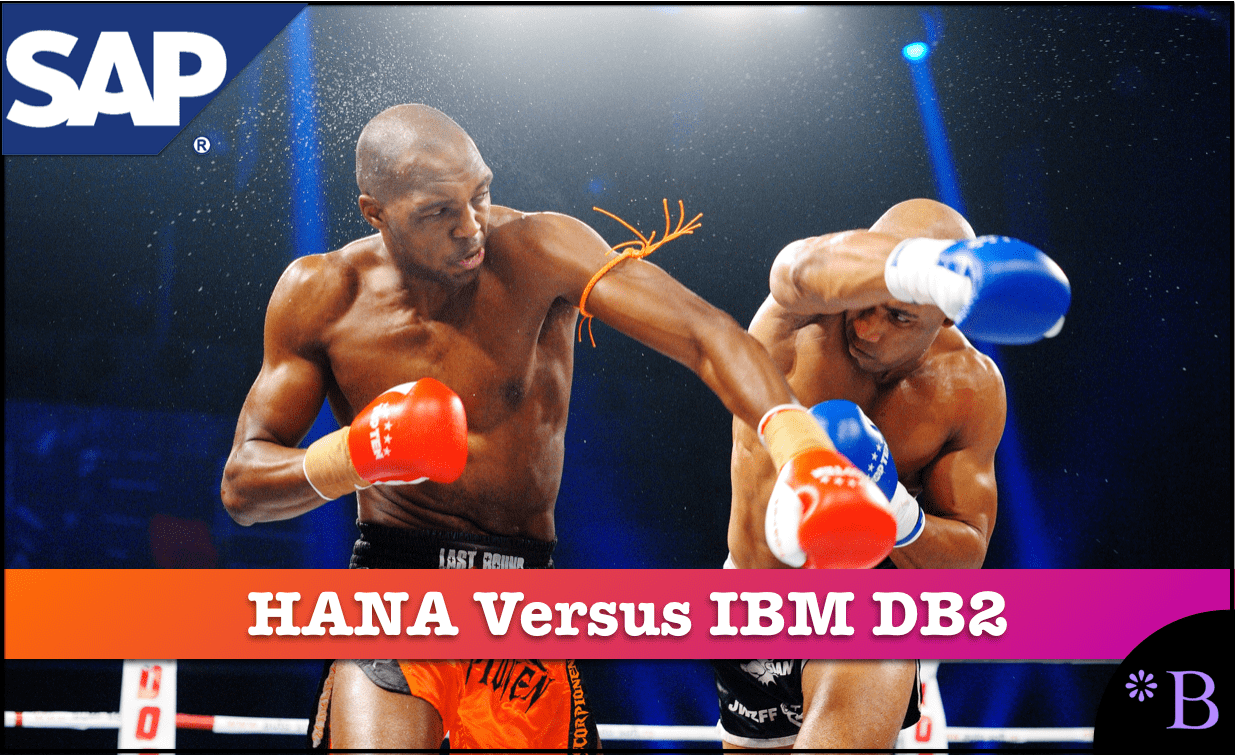 We have been publishing individual case studies for HANA. In each of the case studies, there is information that is in dramatic opposition to what is generally published on HANA.

Here are some direct quotes from someone who reached out to us.

We have had DB2 in our environment running SAP for over a decade. It has taken a lot of external damage (power outages, disk loss, hardware failure) and worked like it’s reputation as a tank.

DB2 is not fancy, and IBM has dropped the ball with marketing on this gem, but it just worked. You could sleep at night with it.

We converted our BW system to HANA, in in less than a month, it had 2 corruption bugs.

Data Loss Due to HANA

Sales will often discuss how quickly something can be done. However, what is often left out of the discussion is the repercussions of a change.

We lost an entire month’s worth of data because the corruption was not detected until we restarted the system. Support initially was horrible and even at points contentious with us. Took us 3 days for support to admit there was corruption, and that only happened when our sales rep (who did a great job) got involved. After that, support was great.

For a supposedly flagship product, this was the biggest disappointment and most painful experience of my entire career.

Well, that is quite a statement, but as we have covered in many articles at Brightwork, HANA can’t meet the sales and marketing claims around it. HANA is a flagship product, but it is still not a mature product.

We dodged a major bullet. We were able to successfully recover our lost data from our ECC system.

Now SAP is forcing customers to convert to S/4. I cringe at the thought of that given our experience. Digging through the SAP HANA known issues OSS notes, there’s tons of corruption and crashes documented. While I appreciate support’s transparency, it shows how immature this product is.

“Who buys a product because of the database? It’s the most unsexy part of the entire software stack. It’s just supposed to run and move data in and out AND KEEP IT SAFE.

When I go to Salesforce, or ServiceNow, or any other SaaS provider, do I really care what backend they are using? No, I just want it to work.

Selling points should be on the front end, the business logic.”

Yes, that is true. We covered how SAP overemphasizes HANA in the article How SAP HANA vs. TeraData and Tableau Market Backend Technology.

Issues with Aggregation and HANA

“Also, another selling point SAP gave us was that development would be much easier, because a lot of aggregation layers would be stripped out of the process. Guess what, if you go live on HANA from scratch, that may be true, but if you’re a legacy customer, the maintenance of these “Hanatized” objects is actually double the work.

And you know what that Hanatization actually does? It makes it impossible to run those objects on another database. What does that mean? It means vendor lock-in and impossible switching costs.”

Correct. SAP has been silent on the fact that HANA has inconsistency with BW, which is where most of the HANA implementations have been performed. BW was designed to work with a row-oriented database as we cover in the article The Four Hidden Issues with SAP’s BW-EML Benchmark.

The Benefit of HANA Over Sybase?

“The other question is, why couldn’t SAP just give customers an incentive to run their stack on Sybase? That is a mature code base that is robust, Wall Street has run it for decades and it would have been another sleep at night technology I would have been fine with.

SAP could have offered HANA as a premium feature, like they did with BW accelerator or Livecache.”

SAP owns the IQ and ASE database from the Sybase acquisition. However, it deemphasizes the far more mature Sybase databases in favour of HANA. This is true even though IQ is a column-oriented design, which is very similar to HANA.

This case study tells us an interesting story, which is corroborated by other case studies and other research we have performed. As is the norm, the case study shows no connection to the sales and marketing claims around HANA.