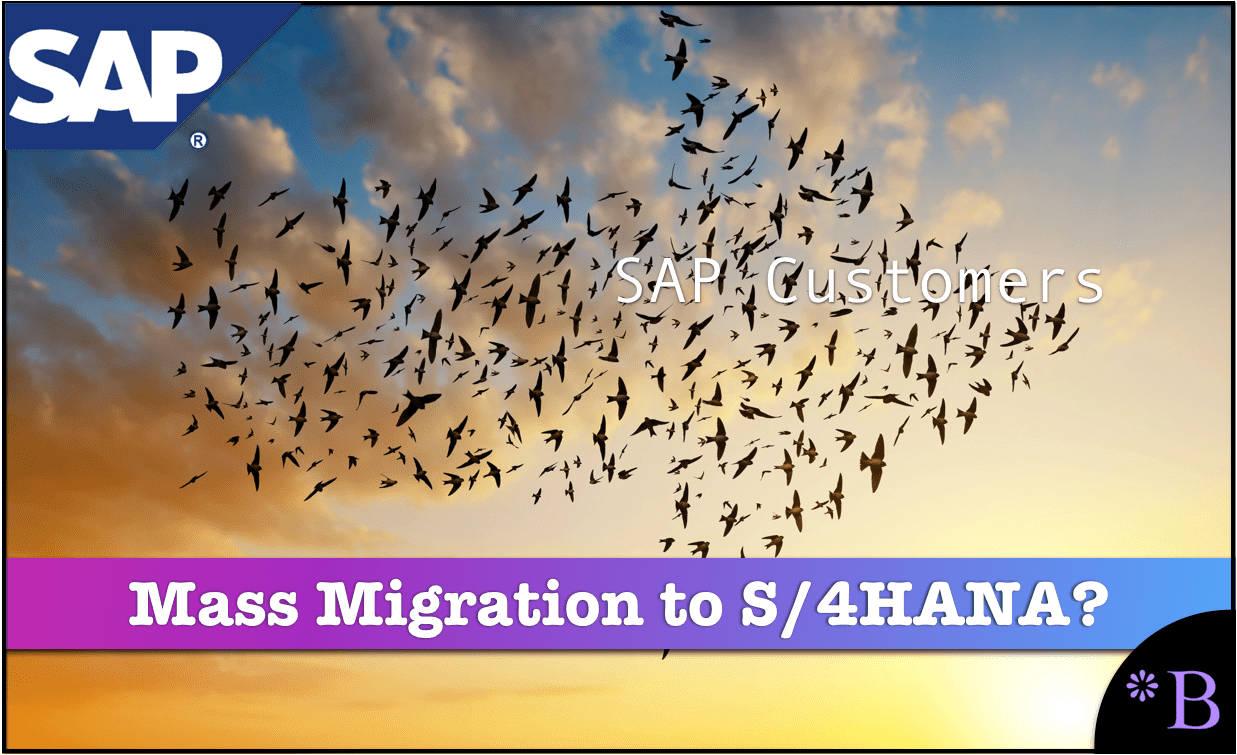 As we have proposed for some time, there is no longer any difference between SAP and the SAP controlled marketing outlet that goes by the name of ASUG, which poses as a user group for SAP. ASUG published an article titled About Those Oracle Runtime Licenses That You Own. Geoff Scott proposes that it is time to migrate to SAP HANA from the Oracle database. In this article, Goeff Scott uses a high deceptive application of the term partnership, stating that SAP is not a vendor but a partner with its customers. You will learn about our analysis of ASUG’s recommendations HANA.

So this is one part of the “burning platform” that ASUG attempts to create. And then comes the second part.

“If you run your SAP software on Oracle databases, and you purchased your Oracle licenses through SAP (referred to as “runtime” licenses), your cost is now 7 percent higher than it was just two years ago.”

“Another important thing to note is that the SAP-Oracle database licensing agreement is again up for renewal in 2017.

What happens next can be anything from additional price increases to an end to the agreement, to something in between. In other words, uncertainty—which is a hard thing to plan for.”

So ASUG proposes here that the SAP-Oracle licensing agreement could be terminated? Did ASUG think this was within the realm of possibility when they wrote this or was this just FUD? If that did happen, what a massive change of the rules that would have been.

This article was written in 2016. However, when the agreement was reviewed, it was extended, which we covered in the article. How SAP Has Quietly Changed Strategy on HANA and Oracle.

He then finishes with:

“It’s hard not to conclude that if SAP is your long-term enterprise software partner, you need to make a move to SAP HANA, Suite on HANA or SAP S/4HANA. All of the other options are intermediate stop-gaps, which require time and money. Better to do this once and right than have to do it multiple times.”

Thus, the answer is to remove all other databases and replace them all with HANA!

Did it occur to ASUG that these other vendors are also “partners” with these customers in the same way that SAP is a “partner”? In fact, the term partner is just misleading. SAP, as with Oracle, expects to get paid by their customers. Therefore, these are customers and SAP, and Oracle is vendors. This reframing of customer/vendor relationships as partnering is a highly inaccurate way to describe entities that pay and that are paid. Partners frequently team up to service another customer together. Partners often don’t transfer funds for goods and services.

The words in the English language have already been created to explain these relationships. Furthermore, many customers have had SAP as a vendor and have also had Oracle, IBM, or Microsoft. Why is this logic to move more business over to one vendor versus the other?

What is the TCO of HANA?

ASUG may be interested in knowing that they think a 7% increase over two years is high. They should read the Brightwork HANA TCO Study, which estimates that HANA is more than 2x the TCO of “AnyDB.”

Once again, is ASUG the user group that it claims and just looking out for their member’s interests, or are they a marketing channel for SAP. Was this advice offered by them looking out for their members’ interests, or only what SAP wanted their customers to do? We know that this article lays out precisely what SAP would like customers to do. There is just no way that following this advice would result in anything but higher costs and a worse value for the customers that followed this path.

ASUG receives a 1 out of 10 for accuracy on this article.

*This article was written without any consideration from any vendor of any kind. Unlike ASUG, we are independent of any entity that we provide information.