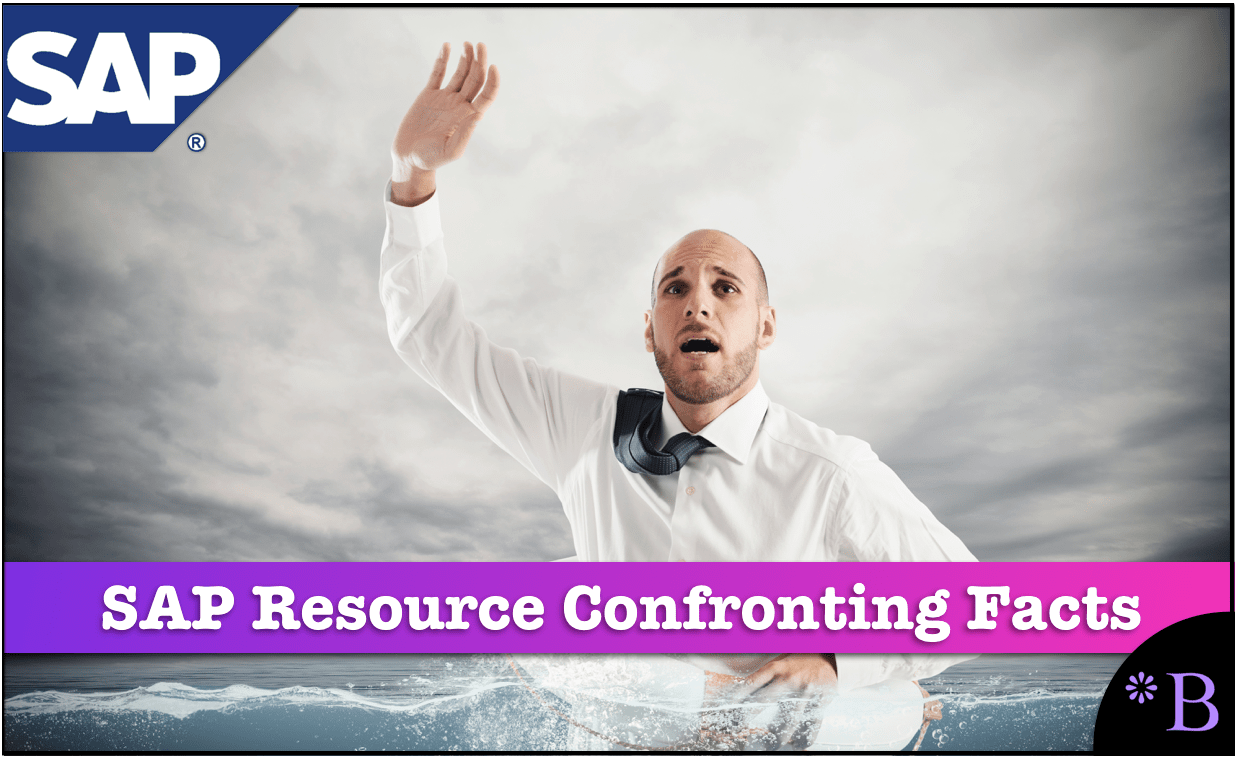 To me Brightworkresearch and the author of that article always sounded like they were on personal vendetta against SAP. Just the language used didn’t look to be from unbiased analyst.

But everyone is an analyst this days and to stand out in a sea of “content generators” one has to be different ,  so maybe that’s their angle. – Denis Konovalov

Notice that the commenter here refers to the fact that he thinks that Brightwork sounds like we have a personal vendetta. This is quite a claim, but this is not evidence. This is our response to Denis.

This seems to be a repeat of Barbel’s overall argument, which asserts that everything can be determined by the “tone” of an article. Let us take a look at how well your and Barbel’s hypothesis around using tone to determined intention and bias.

What is Gartners tone? Quite neutral right? How about Forrester. Again neutral.

Therefore by applying your and Barbel’s hypothesis, both Gartner and Forrester should be considered unbiased. However, it is public information that SAP pays both of these entities.

Brightwork is virtually the only research entity that covers SAP that is not paid by SAP. And we are the only real fact-checking service and website for both SAP and Oracle.

Unsurprisingly, you do not want SAP fact-checked, as you are pro-SAP. Therefore, you make an accusation that you can’t support, which is that there must be some personal vendetta and your evidence? Tone. You see, we would never do that. We would never smear a source because we did not like its tone. And secondly, tone is not a determination of what is true, and it is also not (as I just proved) not a good indicator of whether a source is biased.

The fact neither you nor Barbel have any evidence of bias against Brightwork, however, I do have conclusive evidence of bias by you, and in fact all of the commenters on this blog, including Barbel as having a pro-SAP bias. And that it appears to me is that individuals with a pro-SAP bias seek to smear the only independent fact checking body that covers SAP rather than addressing any of the specific arguments of the research. It also brings up the question, if you have a 100% proven financial bias, should you be accusing people of being biased? I would say no.

Therefore even though tone cannot be used to determined bias, Denis does not bother to test his hypothesis. Denis’s financial bias combined with the fact he has no interest in understanding or exploring Gartner’s or Forrester’s bias. Denis wants the fact checking we do wrong, does not want to invest time in bringing up specifics, and will lose any debate on the topic. Therefore he states that something sounds like it must be biased.

The following comment again claims that the articles are too angry.

I feel the same way. Any valid points those articles bring quickly get drowned in the sea of misplaced anger. Must be some story there, I’m actually curious what did SAP ever do to Shaun – Jelena Perfiljeva

This is our response to Jelena.

It is quite convenient that you also point to the questions of tone. My observation is that you can’t contradict the points. You are like Barbel an ABAPer. You would not have the domain expertise to contradict the fact checking in the articles as only a relatively small portion of the Brightwork content covers ABAP. And even if you where to put the effort into analyzing it, you would not publish anything that contradicts SAP, because of your financial incentives.

However, you do know that you don’t like the content because it critically analyzes SAP which you don’t want. Do you know who Barbel relied upon for validation on the HANA material, Paul Hardy, another ABAPer who knows nothing about HANA, and also made a number of false claims about what Brightwork has said and then refused to debate any topic. Paul Hardy’s reading comprehension has him concluding that we think stored procedures don’t speed performance. There is nowhere Brightwork ever published this. I would know. Why Barbel would ask another ABAPer to validate HANA statements I have no idea.

Secondly, your presentation of Brightwork makes it appear that we only fact check SAP. That is not correct. Here is our coverage of the How Real is theOracleAutonomous Database. We concluded that Oracle is pulling one over on customers. Is that a problem for you also? Or did you stop reading because the article was just too angry? Do you need a safe space? Well here is one at South Park.

Here is our coverage of Why Gartner and Forrester Do Not Want TCO Calculated.

Once again, is that true or false?

Or is it not possible to determine because we all “feel” there must be an inappropriate tone against Gartner or Forrester? Can any statement by any major IT entity be fact checked, or is all fact checking evidence of a personal vendetta or of “anger?” Well how convenient. No need to address the actual content as long as one can tap out because the tone is not properly “safe.”

Fact checking multibillion dollar revenue per year entities is just so “mean.” How will Hasso Plattner’s personal fortune every recover from such indignities? How about Larry Ellison? Sure he is worth $72 billion, but he probably got his feeling hurt when we called out the Autonomous database. I hope he is ok. Should Brightwork send him a fruit basket and a get well card?

The characterization of every commenter on this blog post, seems to confuse critical analysis with either vendettas or anger. And the conclusion is that we only fact check SAP, we don’t.

We fact check many entities in IT.

We are virtually the only independent source, and we expose the reality of things in IT. We are not paid by SAP, Oracle, Gartner or any other entity. So we are going to publish what we think is true — not what makes the people on this blog post “happy.” It seems as if we were corrupt and were paid off by SAP, and distributed SAP press releases from SAP as does ASUG or CIO, that we would immediately make everyone on this thread overjoyed.

SAP resources want information about SAP to be published entirely by corrupt entities that are paid by SAP. This is why we created the article and the poll, Poll Results: Should Brightwork Sell Out to SAP?