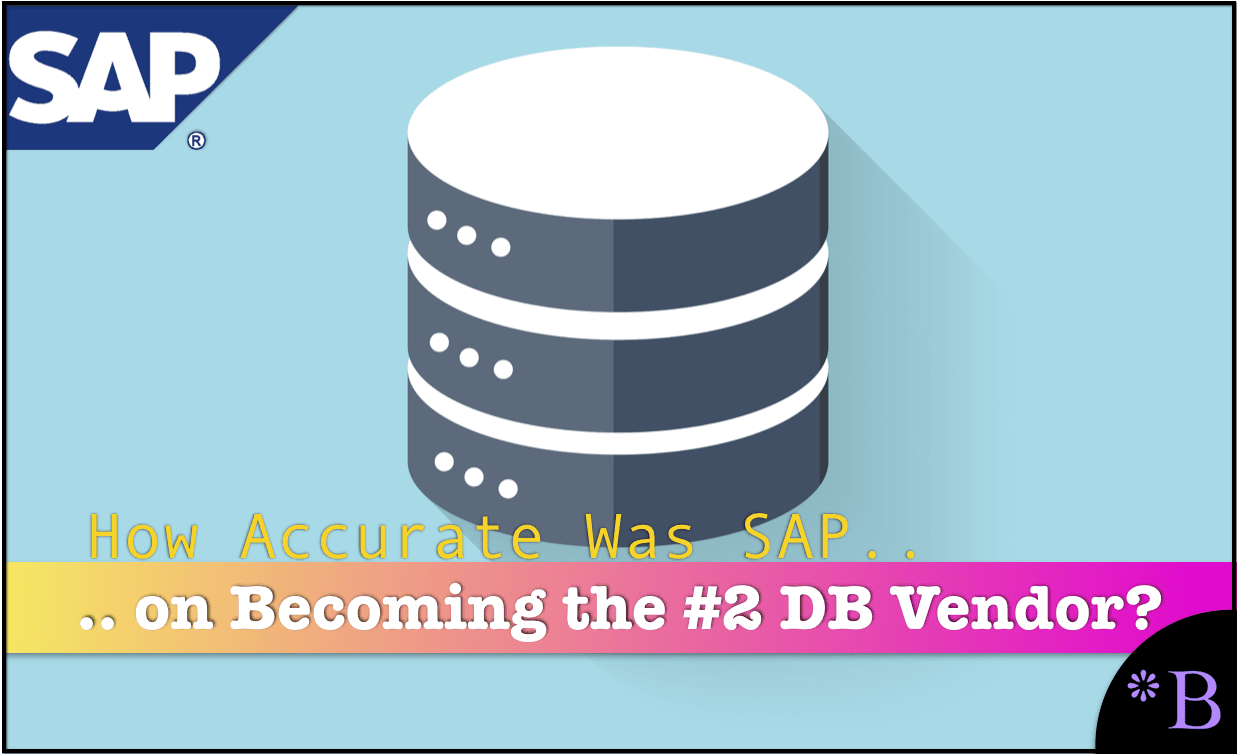 Video Introduction: How Accurate Was SAP on Becoming the #2 Database Vendor by 2015?

The following quotations come from the article SAP: We’ll Be No. 2 Database Player By 2015, published by Infoweek on the 14th of December 2011. In this article Vishal Sikka, then head of HANA makes curious claims about HANA, including that it is differentiated from other databases because it is ACID database, and that HANA would eliminate ETL from IT departments. That HANA would eliminate the need for stored procedures, and eliminated the need for OLAP cubes. Vishal then goes on to make an enormous claim about HANA’s growth by 2015, You will learn how accurate Vishal’s claims turned out to be.

You can’t fault SAP for lack of ambition. Just days after announcing its hoped-for $3.4 billion acquisition of SuccessFactors, SAP revealed an aggressive new cloud-apps sales approach, and boldly predicted that it would become the number-two database vendor by 2015.

It’s all part of a company goal to be the no. 1 or no. 2 player in every market that it serves. That mission, articulated at this week’s SAP Influencer Summit in Boston, guides a new go-to-market strategy that led to the creation of a dedicated cloud sales team.

SAP also underscored its seriousness about the database market at this week’s event, particularly its Hana in-memory database technology. Hana was introduced late last year in the form of an analytical appliance, a product that has since racked up $100 million in sales. But SAP is now promoting a wider role for Hana as a replacement for the relational databases running SAP BW data warehouses. SAP says it will eventually be able to run its entire Business Suite on Hana. But the technology must first be recognized as a mission-critical database.

“Hana is a full, ACID-compliant database, and not just a cache or accelerator,” SAP CTO and Executive Board Member Vishal Sikka told InformationWeek, apparently weary of assertions to the contrary. “All the operations happen in memory, but every transaction is committed, stored, and persisted.”

It would have been very odd if HANA were not ACID compliant, which we covered in the article How Accurate is SAP on Only HANA Being an ACID Database? All operations will happen in memory, does that does not mean that all data is loaded into memory.

“Many customers just don’t think of SAP as a database vendor. Perhaps that’s why Steve Lucas, global general manager and senior executive, business analytics and technology, made the bold claim here (to the skepticism of many) that SAP would move into the number-two spot in the $20 billion database market by 2015. That total would include SAP’s Sybase unit and it’s ASE and Sybase IQ databases. But SAP would still have to surpass the current no. 2, no. 3 and no. 4 players, IBM, Microsoft, and Teradata, respectively, within just three years.

“It’s a great big, audacious goal, but we want to aim high, and we think we can start in the data warehouse market,” clarified Sanjay Poonen, president, SAP Global Solutions and Go-to-Market, in an interview with InformationWeek. Poonen, who is Lucas’ boss, insisted SAP would continue leave the choice of databases up to its customers. But the company is clearly counting on selling Hana, as well as Sybase ASE and Sybase IQ, into its massive 176,000-strong customer base.”

SAP has come nowhere near meeting this goal. Here are the top databases in popularity, according to DB engines. 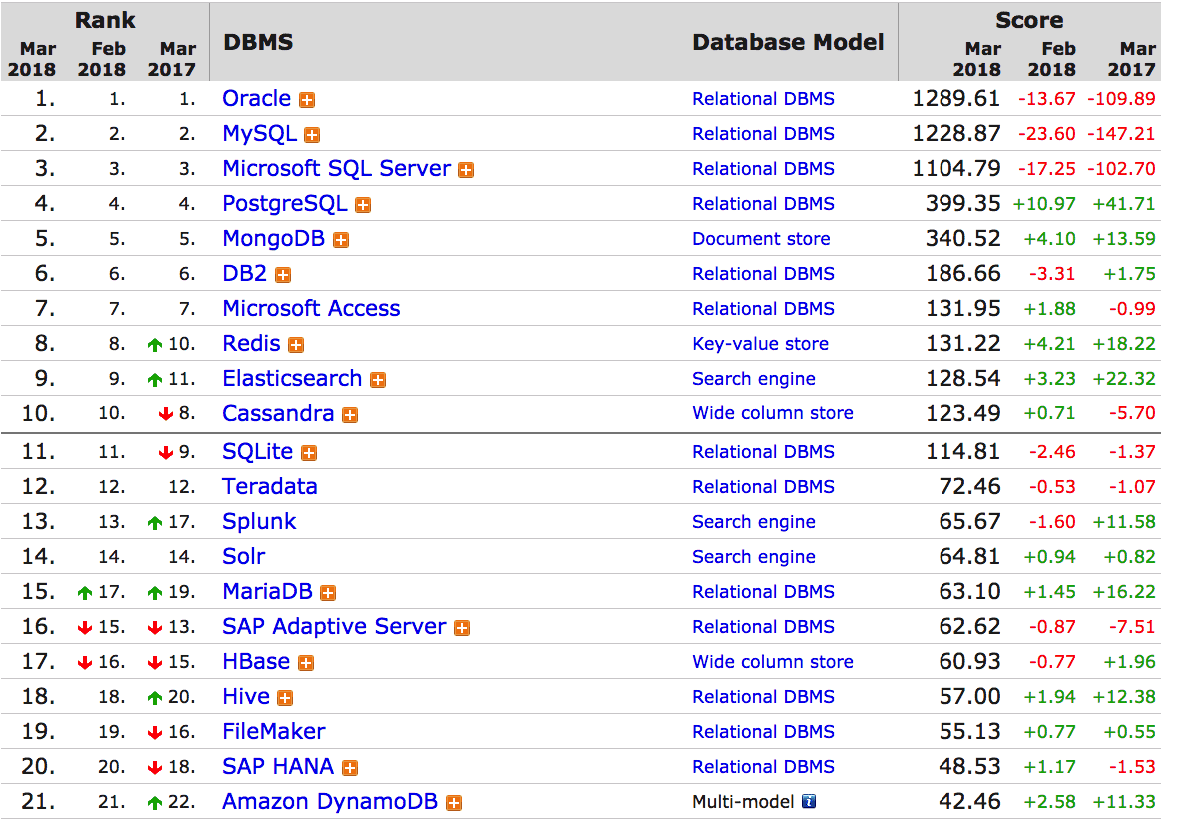 SAP has two entries in the top 21 databases with Adaptive Server and HANA. However, combined, they are less than 10% of Oracle. And in 2019, we are now four years past the prediction year of 2015.

Did SAP Become the Fastest Growing Database Company in the World?

In a paid placement by SAP into Fortune, in the article SAP Throws Down the Gauntlet in Database Wars, they stated the following.

“We intend to be the fastest-growing database company in the world,” Bill McDermott, SAP co-CEO, said in a call with Fortune Wednesday morning. To accelerate the adoption of HANA, SAP recently launched a fund to help customers migrate from their existing databases to HANA. The company says it has already started doling out some of the money it has put aside for customers interested in making the switch.

Over five years later, SAP did not even come close to being the fastest growing database company in the world. This is covered in the article How Popular is HANA?