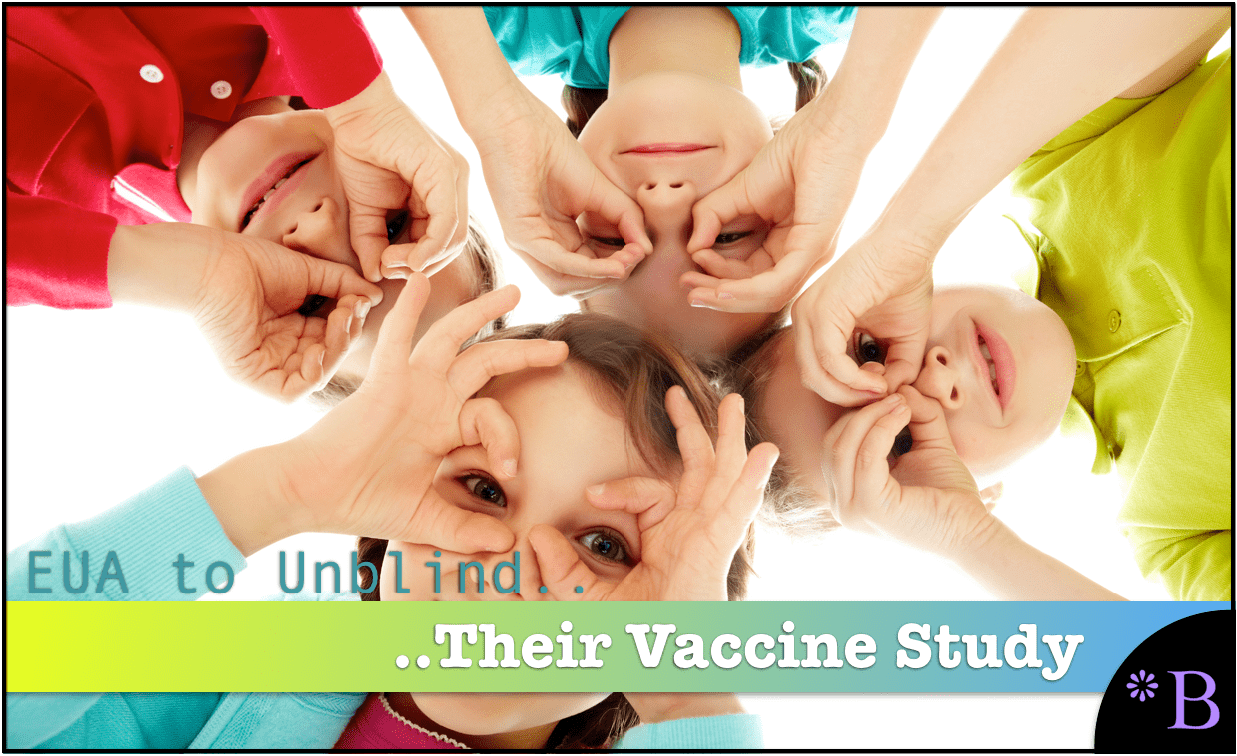 Clinical trials are supposed to be blinded. However, after receiving the Emergency Use Authorization, the drug companies unblinded the study, which prevented the study from validating longer term (greater than two months) adverse reactions.

The Unblinding That Was Done

Members also expressed concern that an emergency use authorization could undermine the ongoing clinical trial meant to gather critical data about the experimental vaccine over a longer period. In the vaccine trials, some test subjects are given the experimental vaccine and others are given a placebo—a harmless fake. To make the experiment as objective as possible, neither the test subjects nor the medical personnel interacting with them are supposed to be told who is in which group. In other words, they are supposed to be “blinded.”

One vaccine developer, Pfizer, has stated that if it received an emergency use authorization, it would have an ethical obligation to tell test subjects about it and allow those receiving the placebo to switch to the vaccine. That could drain the clinical trial of placebo subjects and unblind all who remain involved in the study.

Some members said they opposed issuing emergency use authorizations, at least under certain scenarios. – POGO

Ethical Obligation, Or A Drug With Dangerous Side Effects That Need To Be Hidden?

This term “ethical obligation” has been used many times in the past and was used again by Dr. Fauci to stop the long-term testing of Remdesivir, which is a deadly drug. This is covered in the article How Gilead Brought Off the NIH’s Support of Remdesivir.

Billions of people would eventually take these vaccines. Don’t they have the right to know the adverse events from the vaccines? What about the ethics of having data on vaccine safety (much less effectiveness) so that they have have informed consent? No. According to the drug companies, they had an “ethical obligation” to stop their study from being able to test the adverse reactions of 18,000 or so people in the control group.

Anytime “ethical obligation” is used as logic for ending a clinical trial early, one can be assured that the drug has dangerous side effects.

And now, in retrospect, what do we know about the covid vaccines? They are the most dangerous vaccines ever introduced. This is shown by analyzing the adverse reaction databases of the CDC and the WHO. However, when people with strong analytical skills who are not part of the medical establishment use this database to show the high side effects of the covid vaccines, they are told they should not be looking at the database, as is covered in the article, The Medical Establishment Resents the Calculation of Risk Using VAERS.

The vaccines are so “safe and effective” that the FDA tried to get a judge to give it until nearly the next century to provide the documentation on the vaccines from becoming public, as is covered in the article If The Covid Vaccines Are Safe Why Did The FDA And Drug Companies Ask for 75 Years To Produce Documents on Them?

The following graphics are from the Canadian Covid Care Alliance.

This graphic shows that the placebo group was removed, and this begs the question of why the study was unblinded early. Observe the quote from the bottom right corner of the graphic.

The long term safety data that was supposed to be assessed as this point is no longer possible to ascertain as the placebo group crossed over the two years previously.

The reason to unblind the study was that the pharma companies knew they had dangerous vaccines on their hands, so unblinding the study after receiving the EUAmeant they could more easily hide the adverse side effects.

Finally, the FDA wanted to approve virtually any vaccine, as they were under tremendous political pressure to do so. This is explained in the article How Emergency Use Authorization For The Covid Vaccines Is A Get Out Of Jail Free Card For the FDA.