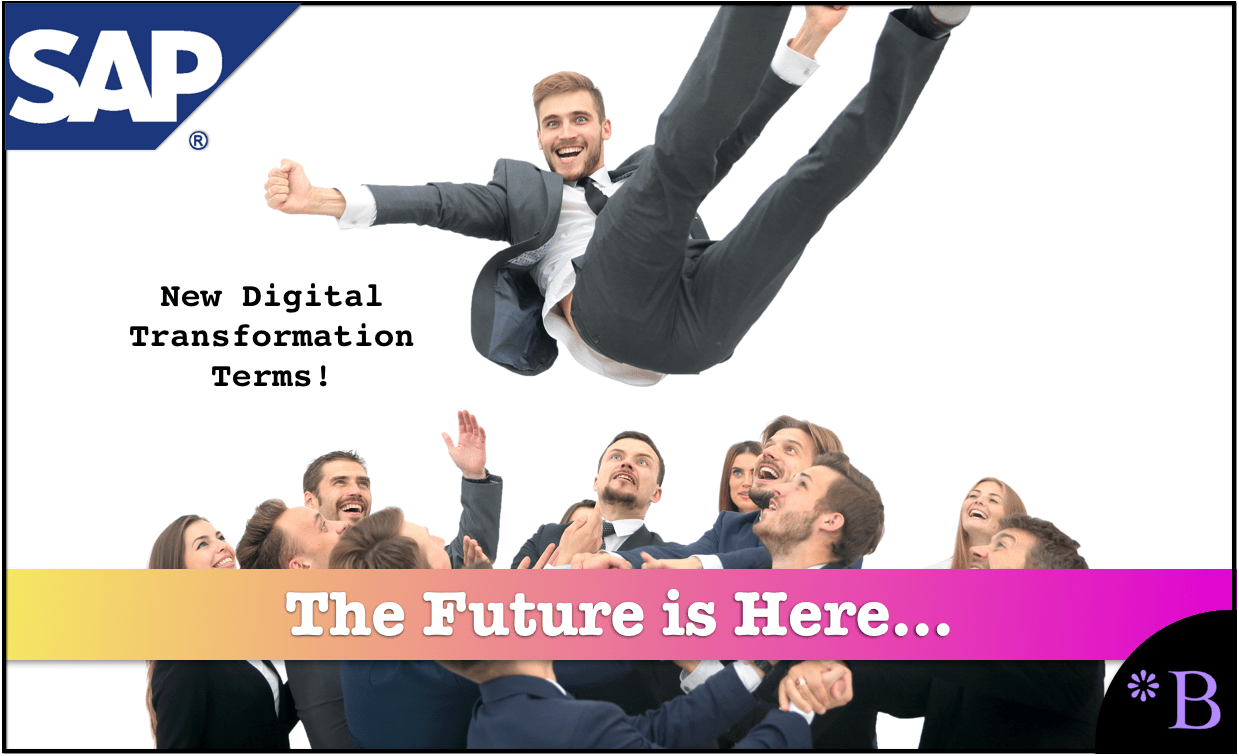 What is the Right Terminology for Digital Transformations that Fail?

The problem with the term digital transformation is that while we switched out the word “implementation” for digital transformation, it was quickly determined that nothing changed on projects. This lead to cynicism run rampant. Depression occasionally set in, with some of those in software implementation going so far as to wonder (out loud sometimes) if it was merely wordplay.

What changed is that many marketing departments had to use the “find-replace” command in their word processing systems to bring their documents up to snuff?

A revolution occurred in the IT industry within a short period, and there were no longer any software implementations.

To understand why we need to go back to why the terms were switched in the first place.

What follows is top secret. It is not for presentation to non-SAP-friendly personnel.

This graphic displays the bad old days of software implementation.

SAP and SAP consulting firms figured out the fundamental flaw in software implementations. And it had nothing to do with the lies told during the sales process, immature SAP applications like S/4HANA being implemented, or faked resumes by SAP consulting firms. No, the problem was that the declaration of success had to wait until the project’s end. And since SAP projects failed with such frequency, most projects would never get to the promised land of being declared a success.

SAP and its consulting partners needed to make a radical change to address this issue.

The answer was simple. Make the project associated with a successful terminology so that the process itself rather than the outcome was the focus — i.e., a “digital transformation.” This way, the project is already successful because it is associated with something considered virtuous. Who in their right mind could be against transforming something?

It does not matter that the term is meaningless in the modern context as it is from the 1900s describing the transition from non-digital technologies to digital technologies. Almost no SAP consultants or customers will bother to look it up!

Furthermore, it turns out that IT departments also have no interest in validating their projects’ success and are very happy to use this terminology also. Everybody wins!

The 100% Conversion Ratio of Software Implementations to Digital Transformation

However, the industry was left with a problem. 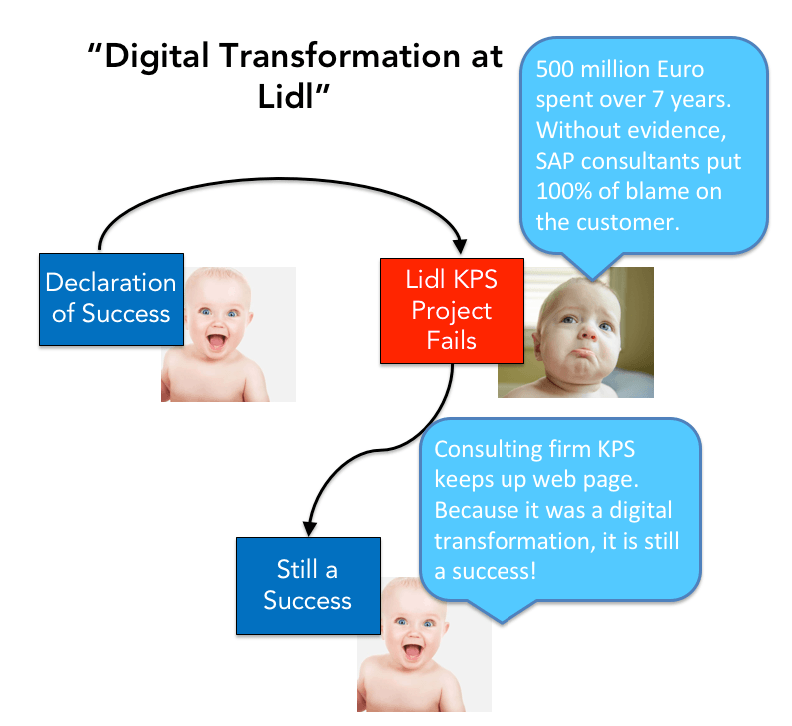 This brings up the question, should a digital transformation that fails instead be more accurately called a..

And this leads to the next topic.

What is the Right Terminology for Digital Transformations that Fail and are Greater than $300 million?

Now, if the digital transformation fails but also costs more than $300 million? After much discussion, it was agreed that it would be called a..

What is the Right Terminology for Digital Transformations that Lead to High Degrees of Account Control?