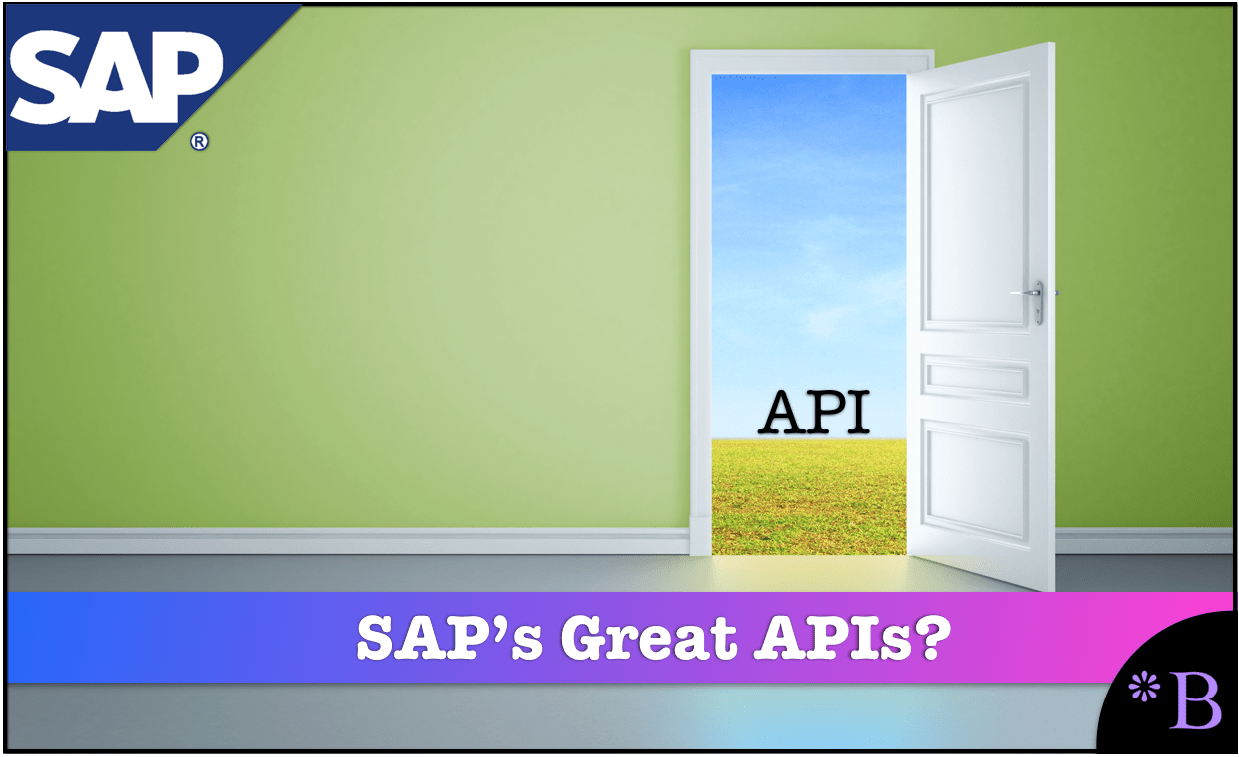 SAP has been telling customers that they are bringing out a large number of REST/JSON APIs. What is curious, because SAP deliberately makes their products difficult to integrate to block out competing vendors, so that their customers will buy only SAP applications, using integration problems as a method of scaring the customers into a situation of complete lock-in and allowing them to take control over the spend of their customer. Furthermore, SAP routinely makes false claims about SAp integration. You will learn about our estimation of the likelihood of these APIs becoming prevalent.

“In recent discussions with SAP they have talked about web services becoming more standard and even mentioned 3000 REST/JSON APIs that are available on the platform (not sure which version?) and that is certainly a technology that my team has been ready for and would like to leverage.

That said, I’m not seeing signs of the many APIs that were reported.

Have you seen any research on SAPs ability to deliver this technology? Is it still in the works? Is there any customer adoption?”

This plan has not been brought to my attention. But there are several reasons to be skeptical.

SAP has always made it difficult to connect to SAP. This is an intentional strategy designed to direct companies to SAP products. SAP has made numerous statements about making integration easier over the years, but it has tended to stay the same. This is one of the reasons that companies that use SAP have such a high IT overhead. Not only is integrating to SAP difficult, but merely extracting data from SAP is more complicated than any other ERP system because SAP does not allow customers to direct access tables, as do all other ERP vendors.

This allows SAP to not compete on the actual application but to compete as part of an ecosystem.

The Outcome for SAP Customers

The paragraph above has been the long-term SAP strategy, and most SAP customers believe it, using non-SAP systems only when they find a huge hole in SAP’s offering. This has lead to deleterious effects for SAP customers as they have loaded up on weak applications ranging from the SAP BW to SAP APO. These applications continually consume large amounts of IT resources and deliver low levels of business value. However, this point is not admitted to by IT departments, as IT departments will almost always have “SAP’s back” even when it works against the companies’ interests that employ them.

The Reality of SAP Integration

The only applications that are naturally integrated, or sits on the same database, is SAP’s ERP system. All other SAP applications need to be connected to the ERP system and other SAP systems with adapters. SAP gives the impression that all their SAP applications are naturally integrated, but the customer soon learns that this is not true. The truth is that SAP is not very good at developing adapters. For example, SAP’s integration product called PI is drastically inferior to other integration applications such as those put out by Informatica (as just one example).

In addition to integration limitations with SAP developed applications, SAP has proven to be quite slow in developing adapters to its acquired applications (SuccessFactors or Ariba). It is quite common for applications that were acquired over five years ago to have integration problems still.

If SAP is opening up technically, why are they closing down access from the legal side?

Every one of those 3000 APIs is a potential indirect access violation.

None of my customers are using these APIs, and SAP is always introducing new things, so if they are new, we don’t know if they will take. This is the official site/pages for the APIs 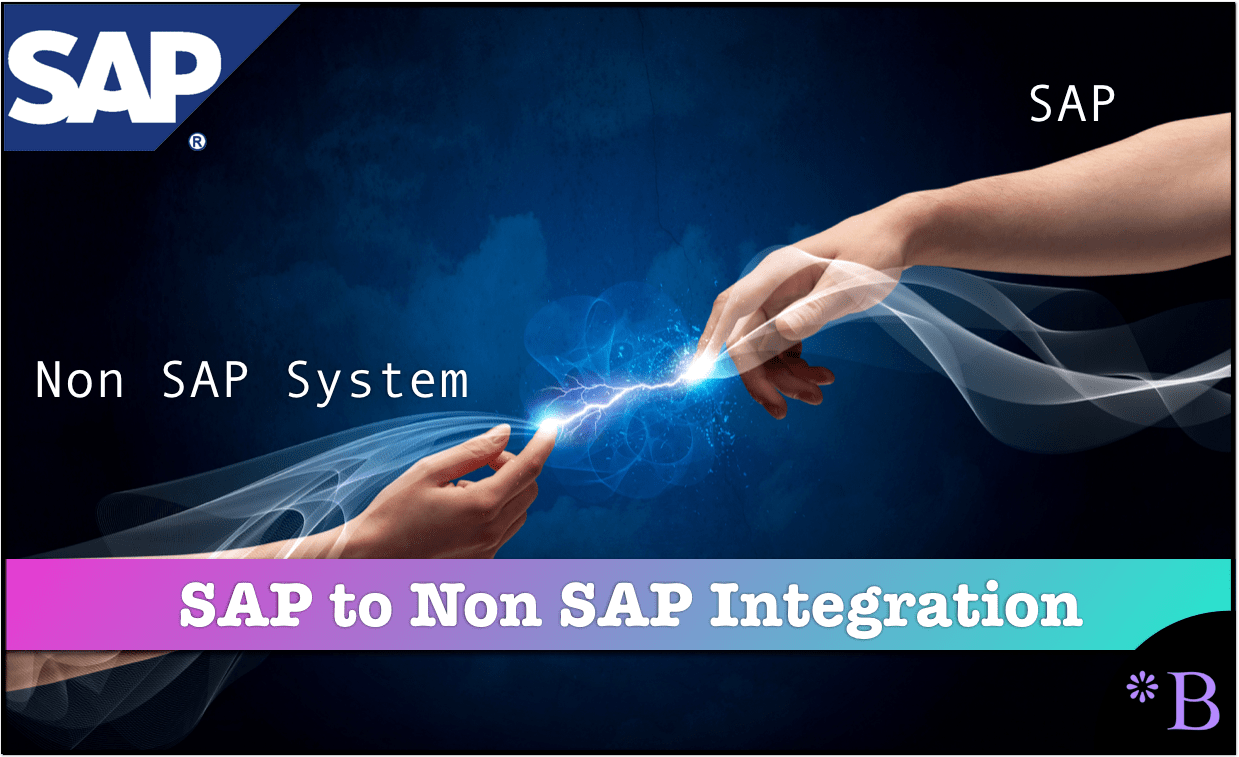 SAP and virtually anyone that makes money from SAP has an interesting perspective on the wisdom of using non-SAP systems along with SAP. This is the official story on SAP integration, which tends to differ significantly from the reality of SAP integration. You will learn about our analysis of this narrative.

I believe I can represent SAP’s position on this topic accurately. Anyone who disagrees with SAP is free to correct my interpretation, but SAP has told me this on some occasions.

The Reality of Integration Versus the SAP Presentation

This is sort of the problem in enterprise software, where it’s all about quota attainment. You can’t get an opinion or advice without getting a biased answer. But the problem with the viewpoints of SAP, SAP consulting companies, and independent SAP consultants is that there is no evidence that application integration is a worse trade-off than customization. Secondly, all of those that draw money from SAP overstate the degree of integration among SAP’s applications. In SAP APO, the integration harness called CIF has a very high overhead. Integration issues do not simply go away, as is implied in the SAP sales process.

Problems with SAP’s Integration Between Its Applications

I continuously receive complaints about the poor integration between SAP’s newly acquired products like SuccessFactors, Concur, etc.. Outside of ERP, a multi-module system that is completely part of one database, all of SAP’s other applications required integration harnesses. Anyone can develop an integration harness, and most vendors have some type of integration to ECC already.

My experience and time spent quantifying the costs of software and working on implementations are that the number one feature to look for in software is its actual inherent capabilities and how well it meets business requirements. Unfortunately, I have done it myself for those that would tell me how horrible application integration is. I have created integration harnesses from scratch as part of integration teams.

And I did not even get to use excellent tools like Informatica. And secondly, what you get out of SAP regarding integration between its applications is not much different than what other vendors offer regarding connecting to SAP.

Articles are going back to 2013 on SAP APIs, and if they are not “a thing,” by this time, they probably won’t be.

So overall, it sounds extremely fishy. If the response requests for real information are that “it is coming,” it is probably fake. There has been a tremendous amount of lying and incorrect information about what is going on behind SAP integration scenes. This observation has come from the detailed study that, frankly, virtually none of the SAP entities I presented above have done themselves. Secondly, it comes from a point with no financial bias. SAP and their surrogates make their claims about integration not because they are true but because it makes them the most money.

To find out about SAP’s API management, see the article How Useful is SAP API Management?