Last Updated on May 25, 2021 by HostingandOther 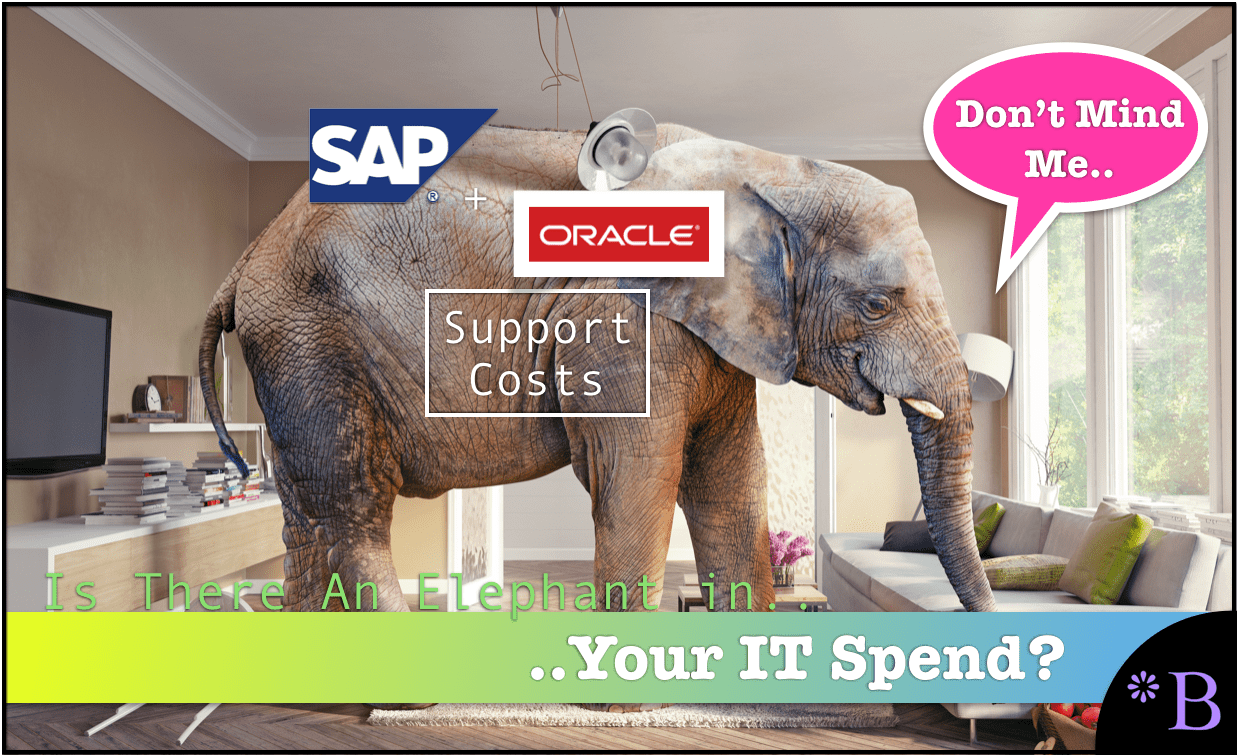 Video Introduction: How to Not Waste Money on Oracle and SAP Support

The SAP and Oracle revenue model is highly based on support. SAP and Oracle have remarkably similar support strategies and revenue models. First, they both charge 22%+ per year for support, and they both receive more than ½ of their revenues and the majority of their profits from support. Both companies have roughly a 90% margin on their support. Both companies have removed value from their support and made the overall cost of support higher because more support services are pushed into premium packages. You will learn how these vendors continually push down what they offer in support and continually push up the costs of support, leading to enormous margins for these companies.

“We Will Make a 90% Profit Margin on Your Support Contract.”

Curiously, no pro-SAP or pro-Oracle resources replied that they would endorse such an addition. More concerning is that many of these readers tout themselves as Oracle and SAP advisors, which implies they look out for their customers’ interests. Yet there seemed to be little appetite for informing customers regarding the support margin.

How Much of SAP’s and Oracle’s Profits are From Support.

“Oracle derives 52% of its revenues from maintenance. Those revenues have operating margins of 94%. The cloud accounts for 8% of revenues and has gross margins (gross not operating) of 48%.

By one calculation, Oracle’s support operating margins constitute more than 100% of the company’s operating profit.”

Oracle is so dependent upon its cloud revenues that Seeking Alpha declares the following:

“These revenues account for more than all of Oracle’s operating profits. (Maintenance revenues do not have sales and marketing costs, they are for the most part, automatically renewed, they do not have R&D costs and they have minimal G&A costs). Without the golden stream of maintenance revenues, there’s no stable, highly profitable and usually predictable Oracle. (emphasis added)”

There is no other way to say it; Oracle sells software to its customers to get support contracts and to overcharge customers on that support contract. (as does SAP). The secret to understanding SAP and Oracle’s model is found in the highly stable support profit stream.

Both rely heavily on outsourced support to very inexpensive and usually less experienced resources to India and other low-cost countries (much domestic support personnel has been long since fired or reassigned). And for both companies, support is less and less helpful in supporting customers, mainly if premium support is not purchased. We have gone round and round with SAP on support tickets with beyond technical skills. The supporting individuals seem to lack English comprehension skills, leading to all manner of miscommunications.

Getting the Perpetual Run Around?

One of the most troubling things about SAP support is how issues are covered if they are embarrassing to SAP. As for Oracle’s support, if you need assistance on a Severity Two issue, you must ask to have your ticket escalated, or it will sit until the next ice age.

Severity One? Escalate it.

Moreover, if you don’t get back to support in short order, you will find your ticket closed. If you have a difficult problem, watch support pass it around the globe by asking the same question and waiting for the answer, then let it get picked up by the next shift. How about a problem with an engineered system? Well, the best move is to make some popcorn, sit on the phone with several support organizations and watch them play “pin the tail on the donkey.” What is often little discussed is how the configuration of SAP and Oracle support imposes unplanned costs on their customers. This topic is raised by 3rd party support provider Rimini Street.

“While support costs have continued to rise, the level of customer service you receive has steadily declined. When you contact vendor support about a problem, a junior-level tech might advise you to upgrade or implement a patch bundle that combines hundreds of other fixes. Before you know it, one small problem has morphed into a big project, with regression testing and downtime that costs a lot of money, time and resources. When you get back in touch with support, you’re unlikely to get access to experienced engineers unless you navigate a maze of escalations. Think about it: How long did you spend on the phone and how quickly was your issue resolved (if at all) the last time you called your software vendor’s support line?”

To be sure, Rimini Street is trying to sell 3rd party support; however, this quotation also conforms with our experiences on SAP and Oracle projects, as well as research in the area. Rimini Street highlights the many hours that SAP and Oracle customers engage in “call avoidance” and spend in researching issues before calling support and how this is a drain on IT departments.

“I used to spend hours researching case resolutions myself and was led around the world with vendor support depending on the time of day.” – City of Cuyahoga

We cover how Oracle and SAP have changed the “support deal” in the article How SAP and Oracle’s Stripped the Value from 22% Support. Mainly Oracle and SAP want support to be as close as possible to 100% profitable. Most of SAP and Oracle’s profits come from support. Furthermore, according to Rimini Street, only 1% of SAP support revenue is reinvested in enhancing existing software. ASUG, a user group and a marketing arm for SAP, states that support should be used for acquisitions, as we cover in ASUG’s Strange View of How SAP Support Fees Should be Used.

Throwing Away Money on Support

Customers have been throwing their money away on support, seeing it as an automated locked in cost. However, the 3rd party support firm Rimini Street has spent much time explaining to customers how they can cut their support in ½ by dropping Oracle and SAP support and using their third-party support. For a long time, customers of Oracle and SAP were more difficult to budge. However, as pointed out by Seeking Alpha, this is increasingly changing.

“Until now, the company did not face real challenges in its installed base. Applications had long lives and the databases that they ran on were considered part of the furniture. Renewals came automatically and since maintenance revenues are based on the total number of seats installed, the golden stream of revenues grew every year.”

But while there is some change, the margins in SAP and Oracle’s support indicate that there is still very little competition in these two vendors’ support spaces.

Even though SAP and Oracle’s software is very expensive, they currently only make a profit on support. They aim for 100% profit but fall short — so in the high 80% and low 90%. They do not use that revenue to reinvest in very much in the way of software development, and they have shrunken costs enormously to maintain the profitability levels in support that they do have.