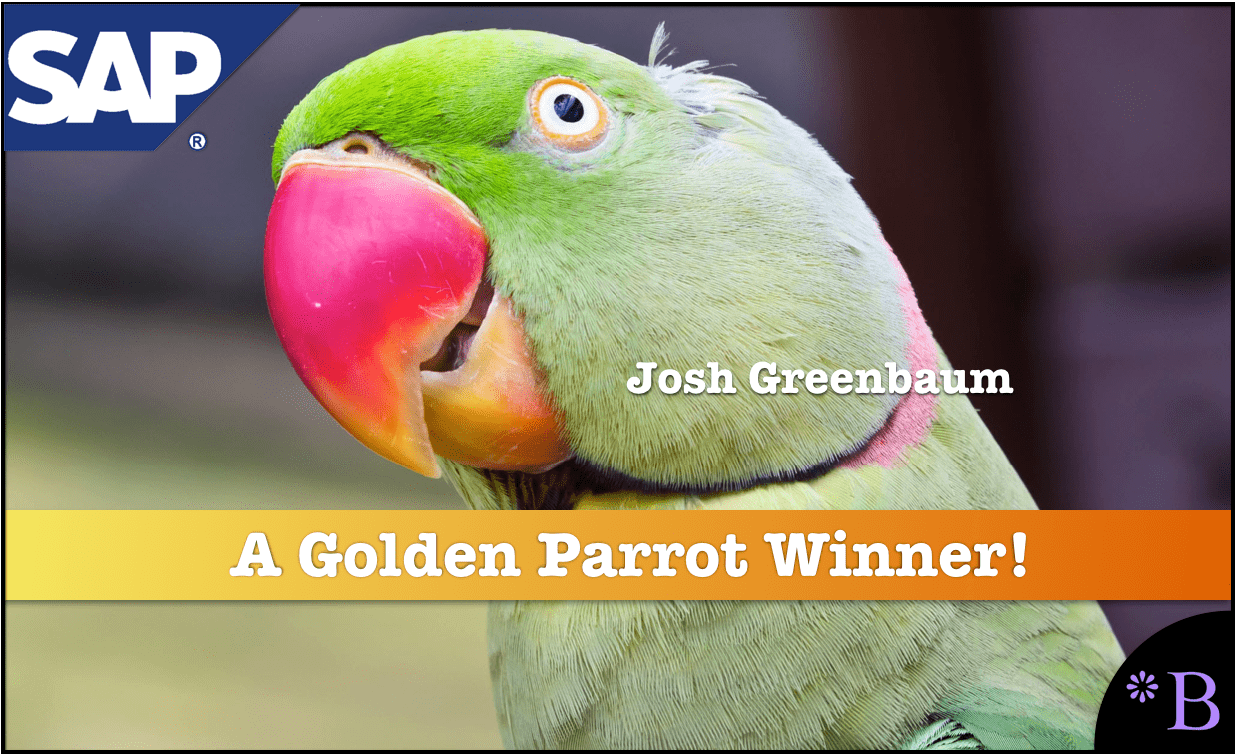 SAP has numerous analysts who are in some way financially connected to them, and that will say anything for them. These are the same analysts quoted in TechTarget when they want to run an article paid for by SAP. A few of these include the following:

SAP directs TechTarget, who to speak to, and then TechTarget complies by obtaining quotes from the sources selected by SAP. This is how you attain credibility — by being appropriately subordinate to SAP. Another term for this is reliable.

None of these analysts declare their financial ties to SAP. A third is Josh Greenbaum. 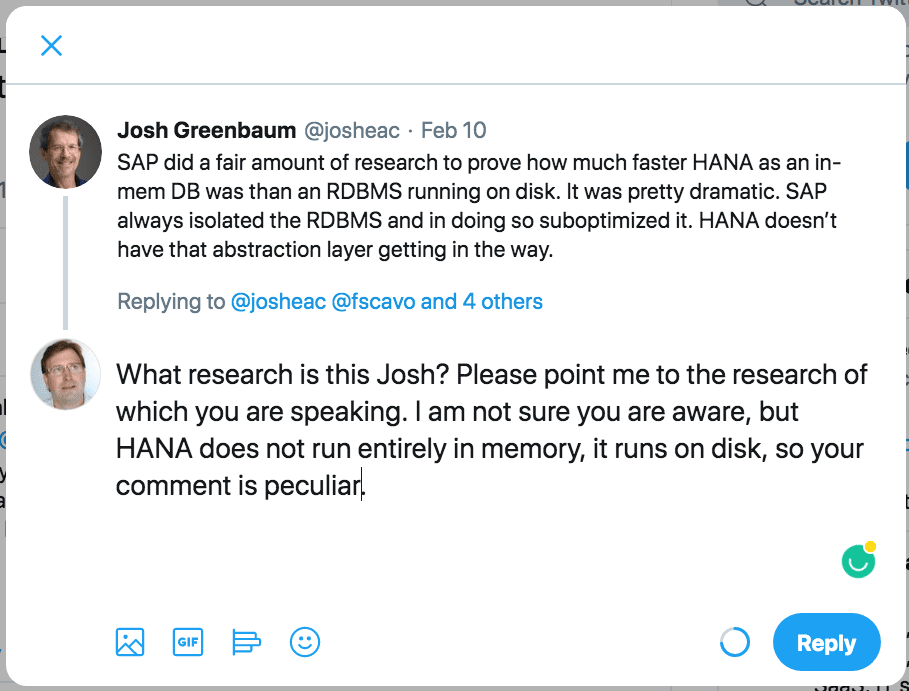 Josh listens to SAP and assumes that it must be true.

And Josh Greenbaum is entirely wrong about this topic. First, HANA is a database that runs on disk (or SSD) and is also an RDBMS. In the article The Four Hidden Issues with SAP’s BW-EML Benchmark and The Hidden Issue with the SD HANA Benchmark, SAP has not provided any comparative benchmarks for HANA on SD. HANA performs better than previous versions of Oracle (and on older hardware). But we have data points where it is outperformed by SQL Server when the hardware is kept constant, as we covered in the article How Much of Performance is HANA?

Middle of the Road Topics

Sometimes Josh Greenbaum is one of the more realistic captured analysts on SAP topics, as with this quotation.

S/4HANA numbers continue to improve, particularly from new customers, but growth is not happening as quickly as the company needs, according to Joshua Greenbaum, founder and principal at Enterprise Applications Consulting. The company should set customer expectations much more realistically for the large installed base that remain on the legacy SAP ECC system.

“There’s still a need to execute on that intelligent enterprise strategy, particularly for selling S/4HANA into the installed base, which is a tough sell because the connection between S/4HANA and business value outside the office of the CIO is still not very well established,” Greenbaum said.

However, this analysis is partially correct but also whitewashed in favor of SAP. The fact is that S/4HANA is still very difficult to find live-in customers, even after 4.5 years. In every situation, Josh pushes the analysis in SAP’s favor, even when the analysis is clearly against SAP. 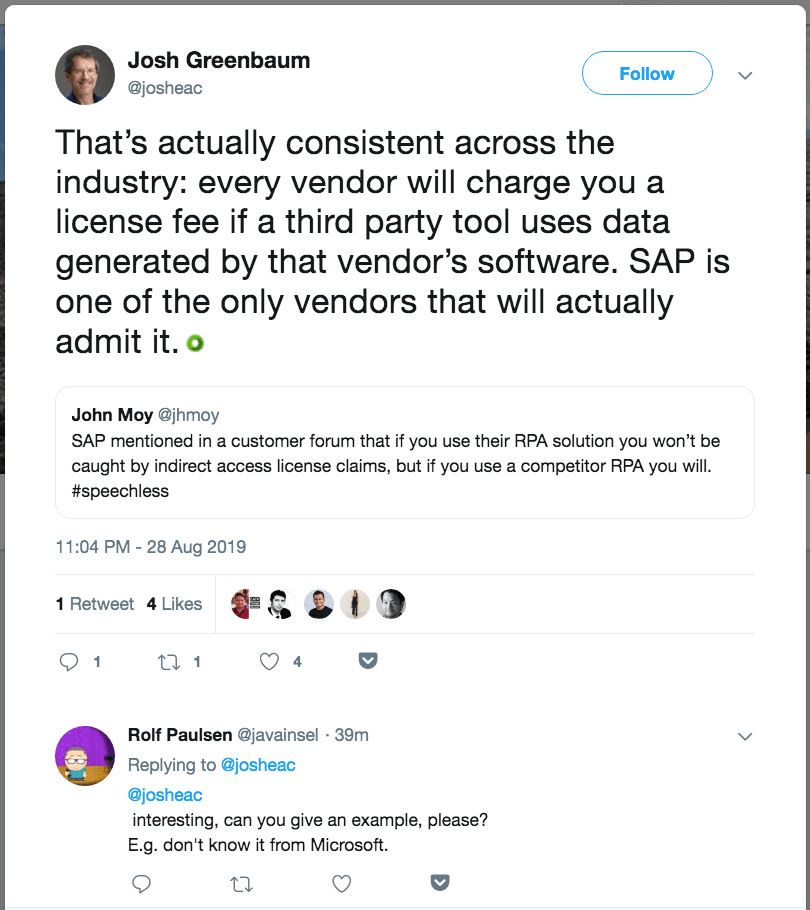 This is entirely false. The type of IA enforced by SAP is what we call Type 2 IA, as we cover in the article How to Best Understand Type 1 Versus Type 2 Indirect Access. And it was entirely created or invented by SAP. Either Josh Greenbaum is lying, or he has no idea what he is talking about. You do not speak to other vendors’ customers and have them bring up indirect access claims by vendors other than SAP. No vendor has a position on Type 2 indirect access.