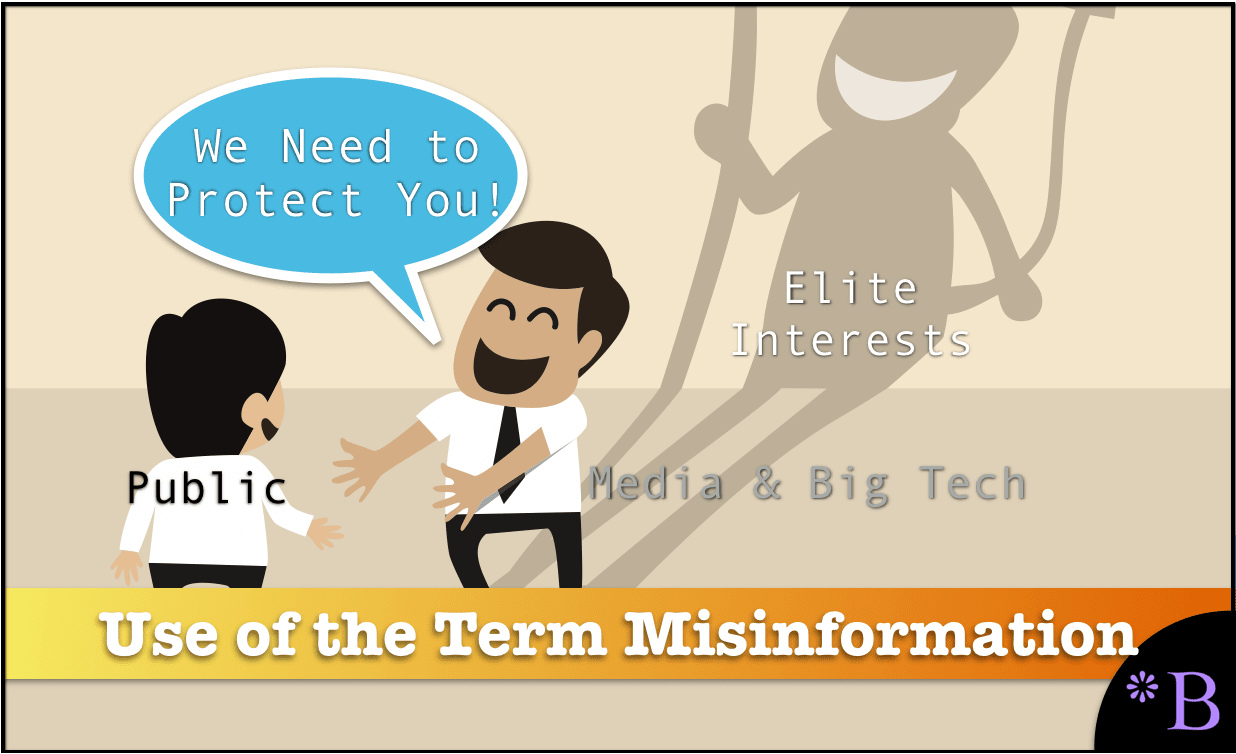 The US government, increasingly led by the Democratic party has normalized censorship, particularly with their partners in Big Tech. This article explains how this works, and how the Democrats in particular plan to expand censorship in the future.

See this link if you want to see our references for this article and other related Brightwork articles at this link.

The following is an example of a video that has no reason to be age-restricted.

Don’t let the child-like graphics of this video fool you. This is one of the most precise and most accurate explanations of the Vietnam War published anywhere. Unfortunately, YouTube does not allow the video embedded in this article, as can be done with most videos.

One would have to ask why this video would be age-restricted. There is no sex or violence in this video. However, it explains the Vietnam War in a way that is at odds with the status quo. This appears to be a low-level type of censorship because the video exposes the false explanations around the Vietnam War. Does YouTube have this categorized as misinformation? This video was uploaded a number of years ago before Google began censoring videos. Now this enormous archive of uploaded videos that question the status quo must be moved to other video platforms as Google changed the rules and broke the trust of content creators after they made the effort to make YouTube their platform of focus. This fits into a long-term pattern of technology companies that calls into question the unregulated space of technology platforms.

Misinformation on the Coronavirus Vaccine?

We begin by understanding how vaccines work, which is a good place to start before getting into claims around vaccine misinformation.

The examples of misinformation given in this PBS video are, in fact, false.

The Economists presents the story of a backlash against vaccines. It does an excellent job of describing how as trust in government declines, and are caught providing false information, that there is less likelihood for the public to follow their directives and believe the information they provide. One of the most prolific providers of false information has been Donald Trump, who is, of course, the head of the US government.

No Reason to Question the Current Vaccines?

In the article The Pfizer and Moderna Exaggerating the Effectiveness of Their Corona Virus Vaccines, I covered that there are many reasons to question the vaccines that have been developed. Yet, it is presented in media that anyone who does not believe in the vaccines or writes about this is spreading misinformation. However, both Pfizer and Moderna have been caught repeatedly presenting false information. Yet, neither Pfizer nor Moderna are ever accused of spreading misinformation. The government could stop pharmaceutical companies from providing deceptive information to the public, but they don’t, as the pharmaceutical companies control governments.

This video is amusing. It talks about skepticism about the vaccine and how a preacher is getting information about the vaccine in black areas. Is there not something a little ironic about a religious leader providing “accurate information?” Is anyone going to bring up the point that religion is false? In that, it has no evidence anything any religious people say is true?

Biden has asked companies like Google to remove misinformation from their platforms.

The next request will be to Biden my article on the Vietnam bombing as also being misinformation. And the Est D view is that censorship is good if the establishment Democrats do not agree with the information. The new definition of misinformation is whatever Est Ds and Pharma companies disagree with. Soon the Pentagon will say

“Any room on the censorship bus for us?”

One can say that the video above kills Americans because it reduces the credibility of the US military.

And what was the most prominent example of Big Tech censoring misinformation? It was when Big Tech along with the establishment Democratic associated media colluded to suppress the Hunter Biden email story and to try to have the story associated with unsupported claims about the entire issue being a Russian intelligence operation. However, the story about Hunter Biden’s emails was all true. The emails were his, and they did describe his corrupt dealings with foreign actors. Why did Big Media and Big Tech decide to censor what they called misinformation? It is well known that both Big Media and Big Tech are in the tank for the Democratic Party, and did not want the Hunter Biden story to upset Joe Biden’s election bid.

Then the story of the censorship became its own story.

Months after the Hunter Biden emails, Biden was formally made part of an investigation by the IRS, and FBI for corruption. Is this more misinformation? Is it still “debunked” a “right-wing conspiracy theory,” and “fake news?” This video also shows an audience in China laughing at how straightforward it is for China to corrupt US elites. Is that Chinese speaker also misinformation? Is the laughing misinformation also?

Was the video of this Chinese speaker shown on any establishment media outlet? Of course now.

CBS News were a major proponent of Russiagate, which turned out to be false. However, they still discuss how other entities are providing misinformation. CBS was also critical in supporting the war in Iraq, without questioning the Bush Administration’s evidence. Yet, CBS never apologized for getting it so wrong. CBS is highly connected to defense contractors and the US intelligence community and does not disclose its contributors’ financial bias to viewers.

CBS News, as with other major media entities, presented Black Lives Matter protests as entirely peaceful when they were not.

And yet, here, CBS calls the reality of violence, intimidation, and property damage from Black Lives Matter as misinformation. I cover in the article Why Claims by Black Lives Matter on Police Shooting Are False, why the BLM provides false information about the incidence of blacks being killed by police. This is something CBS was unwilling to do, even though the math is incontrovertible.

This illustrates a pattern that unreliable sources of information like CBS are frequent in using the term misinformation. The “solutions” that the elite CBS News would seem to be asking for is censorship.

This is why the term misinformation is so baseless. It is merely a way of limiting speech that the powerful entity does not want to be published.

Furthermore, I found something very odd when looking up the definition of misinformation.

Let us take a recent example from the time this article is being written.

The Financial Conflict of Major Media

Major establishment media entities count pharmaceutical companies as major advertisers. Yet, when they cover health and medical topics, these media entities do not disclose their financial bias, and very rarely cover how poorly pharmaceutical companies behave and how corrupt they are. As I cover in the article The Pfizer and Moderna Exaggerating the Effectiveness of Their Corona Virus Vaccines, It was stocking to find out how little of the dark side of Moderna was communicated through to the public, even though they are one of the major pharmaceutical/biotech companies promising a vaccine. Major media entities want to a.) be considered the unquestioned truth on all topics, b.) do not want anyone known, and refuse to share their financial conflicts of interest.

When is False Information Misinformation?

Companies from Microsoft, Oracle, SAP, and many others habitually provide false information to their customers. As we cover in the article How Facebook is Constantly Lying About its Surveillance of Users, Yet, again, it is not called misinformation, if it is spread by a major corporation. In fact, in addition to being promulgated by the company, those that make money from any of these companies will come out of the woodwork to defend any lie, including business leaders that even claim fake PhDs, as we cover in the article Does SAP’s Hasso Plattner Have a Ph.D.? 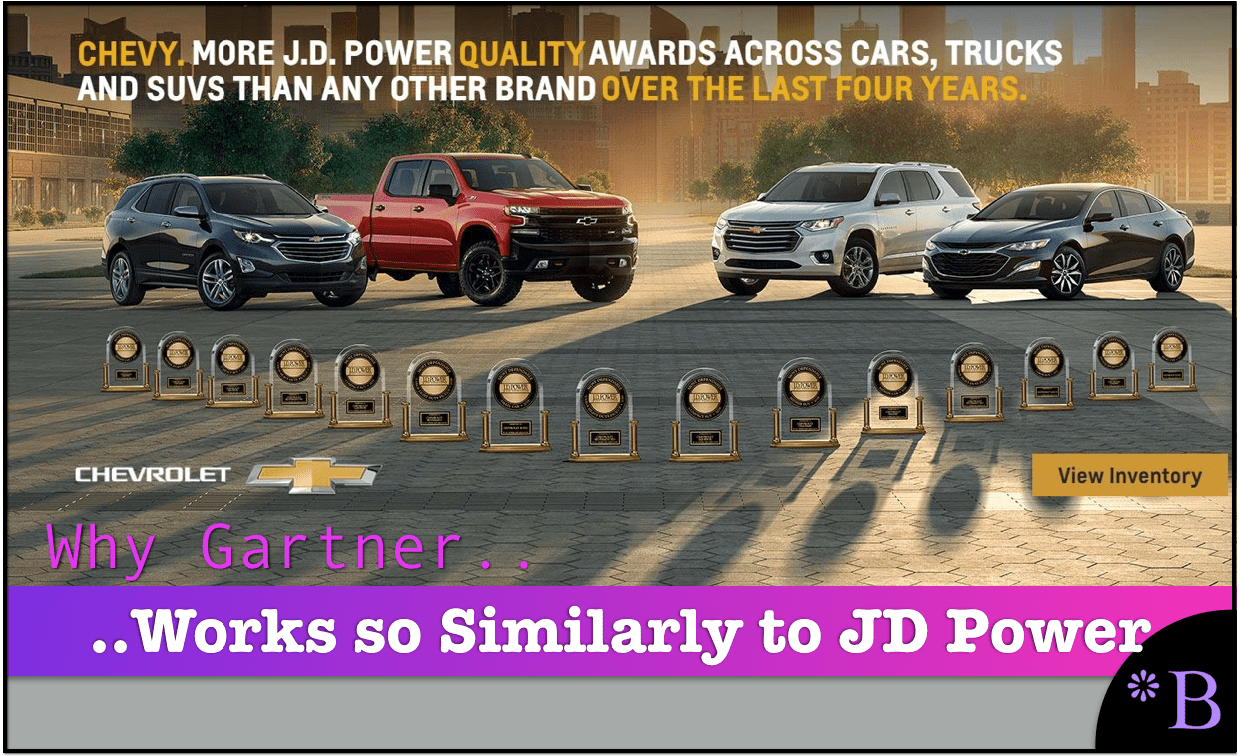 The company JD Power is a fake research entity that exists to sell rankings to marketers. Car companies with low-quality levels, like GM, pay JD Power to give them awards, which GM then uses in advertisements to deceive potential buyers. Gartner serves the same function and has the same dedication to research as JD Power, in the IT industry. Yet neither firm is accused of distributing misinformation.

Is Facebook planning on banning GM advertisements from their website? Or is whether something is “misinformation” dependent upon whether you are being paid to carry it?

Therefore, it is tough for Facebook to say that it opposes false information distribution credibly. Yet the claim that “Facebook will stop misinformation” is viewed as credible by establishment media entities.

Facebook is a multiple-time winner of our Golden Pinocchio Award. Facebook has been lying to users about how it surveils them, and how their information is used and sold to advertisers. Facebook’s lying is jaw-dropping, often doing the exact opposite of what it claims to do, and recycling the same excuses when caught lying. When Sheryl Sandberg or Mark Zuckerberg speak, it’s clear they are lying right when they are speaking.

Yet, Facebook, which targets its users with ads and surveils them across the Internet, and then lies about it, is the company to battle misinformation?

This issue of watering down and censoring information is also prevalent at LinkedIn, which I cover in the article How Linked In Has Degraded As A Content Platform. LinkedIn pushes both low accuracy advertisements onto its users and preferences virtue signaling and promotional content over content of substance and content, which is accurate.

A review of the shares in the article whose link is included above clearly shows this and observes that this behavior pattern has become far worse since Microsoft acquired Linked In for $26 B. If you pay Linked In, they will promote any claim you like on their platform.

Misinformation is a term concocted by those that oppose the freedom of speech. It is used to silence the speech of those with which they disagree, beneficial if the speaker’s proposal is true, and the person opposing the speech cannot provide evidence to the contrary. Calling something misinformation is a first step in censoring that information.