Last Updated on May 19, 2021 by HostingandOther 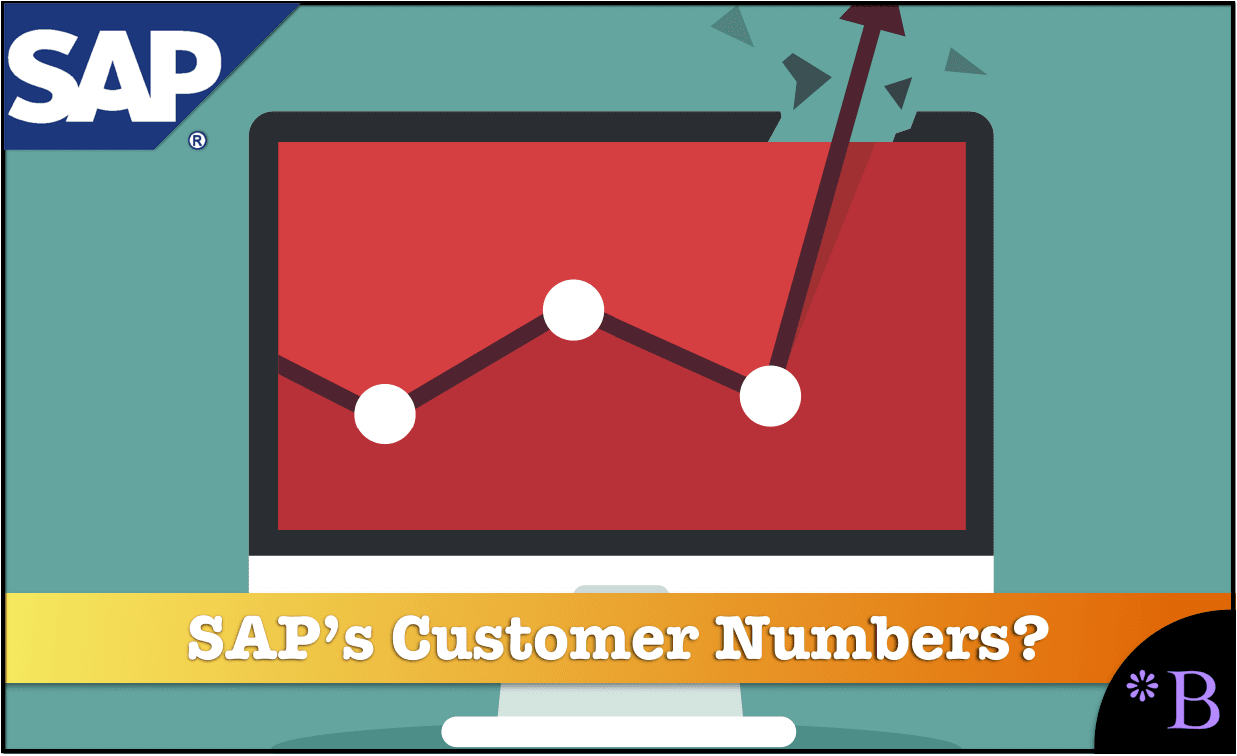 Many announcements on the part of SAP include releasing the number of customers that a particular SAP application has acquired in the most recent quarter. If you use these numbers from SAP, you will come to inaccurate conclusions about what is happening with SAP. This is an important topic to address because many people then quote SAP usage numbers under the assumption that they are accurate. At the same time, they serve as parrots for SAP’s marketing department. You will learn how SAP con fake implementation numbers to control the public perception of their products.

SAP likes to make splashes with big press releases. They go something like this.

The SAP Customer Numbers for S/4HANA

There are many examples of SAP doing this.

But I will bring up an excellent recent example of this was when SAP placed S/4HANA (the ERP system, not the database) on promotion and placed it into contracts when it sold other applications one quarter. This lead to a significant uptick in SAP customers that now had S/4. But almost none of those customers had any foreseeable plans to implement S/4HANA. What few people who read the S/4HANA press release knew was that S/4 was not and is still not a completed product. It is a partially completed set of modules that only parts of which can be used.

This makes it impossible for anything close to the number of customers listed by SAP to have implemented and is using S/4HANA.

In this article, we will cover just one example in a PR release titled SAP’s HANA Bet Seems to be Paying Off.

There’s a reason that Larry Ellison keeps taking swipes at SAP when he talks about databases in public.

In fact there’s more than one reason — there are 1300. That’s how many enterprises have adopted SAP HANA S/4, the super-fast, in-memory database, since it was made generally available only five years ago.

These are companies who, if not for HANA, might be using Oracle today. And given the rapid pace of innovation on HANA — it’s grown beyond a database and into a platform, beyond an on prem solution to one that has its own cloud, beyond its analytics roots to one that blends Analytics insights into ERP … we could keep going —the list of benefits it offers to companies digitizing for the new economy keeps growing.

Larry Ellison takes swipes at anything that is not pro-Oracle. However, the number of companies that have adopted HANA say 1300, in this case, does not necessarily mean that HANA is a right choice. SAP, because of its market power, can push HANA into accounts.

When an Uptick Equals Enormous Growth

You can see this estimate at this link.

The estimate is far off of the number of customers determined by SAP. And really, no one what SAP knows the actual number of clients that are live with some part of S/4HANA. And SAP won’t provide an honest accounting of this because they would see their stock price decline. SAP’s S/4HANA has been very lightly implemented. This is illuminated in the following quotation from the book SAP Nation 2.0.

“Rob Enslin…would later confirm “Yes, all of the [more than 900 S/4] deals are all on-premise. Our cloud piece for S/4, we’re talking it step-by-step for now””

“Many of the early adopters like Shell are trying out multiple projects — so the “137 running projects” Enslin mentions are at a small fraction of the 900 plus customers who are supposed to have bought S/4.”

The translation of the first part of the was that they did not have any S/4HANA cloud customers. The second part of the quote shows how SAP exaggerates the number of projects by counting multiple projects to inflate the number.

If we look at SAP customers, they receive some exposure to what other companies are doing as they may talk to people they know in other SAP clients and attend SAP events like ASUG. But it does not give them a comprehensive view to understand how far SAP’s number is off.

The audience for the fake customer number quoted by SAP is usually not able to check the claim.

If we think of Wall Street analysts, they don’t work in software implementation, and they don’t visit SAP customers.

If we consider media sources, they most often only repeat whatever SAP says. Most media sources take some money from SAP in the form of advertising or other funding and therefore don’t have any incentive to check SAP’s numbers. Plus, repeating what SAP’s press release states are accessible. On the other hand, researching what the right numbers are would take a little work, and publishing anything to the contrary will lead to a confrontation with ad sales. Bad for your career. As long as the journalist has a credible source, and SAP is a reliable source, then the writer is considered to have done his job. And if we think of the journalist’s workweek, he or she may be able to be deemed to be working for the entire week by just adding 500 words to a story where SAP provided almost all of the content. Combine that with no static with the ad sales team, which is a pretty good week of work.

They form the basis of faulty arguments. I recently had a commenter on one of my LinkedIn articles states that accepting an SAP application was good, and he then quotes SAP’s numbers from their press release. I responded with my detailed research into the values and proposed no way the numbers could be correct. They are, after a lot of research, just a small fraction of the officially stated SAP numbers.

In response, he changed the subject.

However, what if you don’t research SAP for a living? Many SAP supporters have some false arguments. They will present any number of them that will work on the majority of listeners. If they find someone who knows what they say is untrue, they move on to talk to someone they can trick. They look for people with buying power to use these false constructs against, much like a computer hacker looking for websites with weak security to penetrate.

This is how SAP’s numbers are continuously recycled — from Hasso Plattner and Bill McDermott, all the way down to discussions on websites and repeated by SAP account managers. It is a cascading series of false claims.

What is “a Customer”?

Whenever SAP quotes some customers that are using its applications, those numbers are nearly always exaggerated. This cannot be considered wholly false. This is because the definition of a customer is

This cannot be considered entirely false. This is because the definition of a customer is so poorly defined. A customer only means that a company owns a license.

A customer only means that a license is owned by a company. In this way, if they so choose, software companies can exaggerate this number so that a company that produces a physical product cannot. Companies have always employed techniques to seem more successful than they are. End of quarter pushes, which provide promotions and incentives, are quite common. However, for companies that make physical products, these companies incur a cost. If General Motors were to attempt to inflate its customer numbers this way, it would have to ship more cars to customers for free — incurring a massive loss for every car is “sold” this way.