Last Updated on April 12, 2021 by HostingandOther 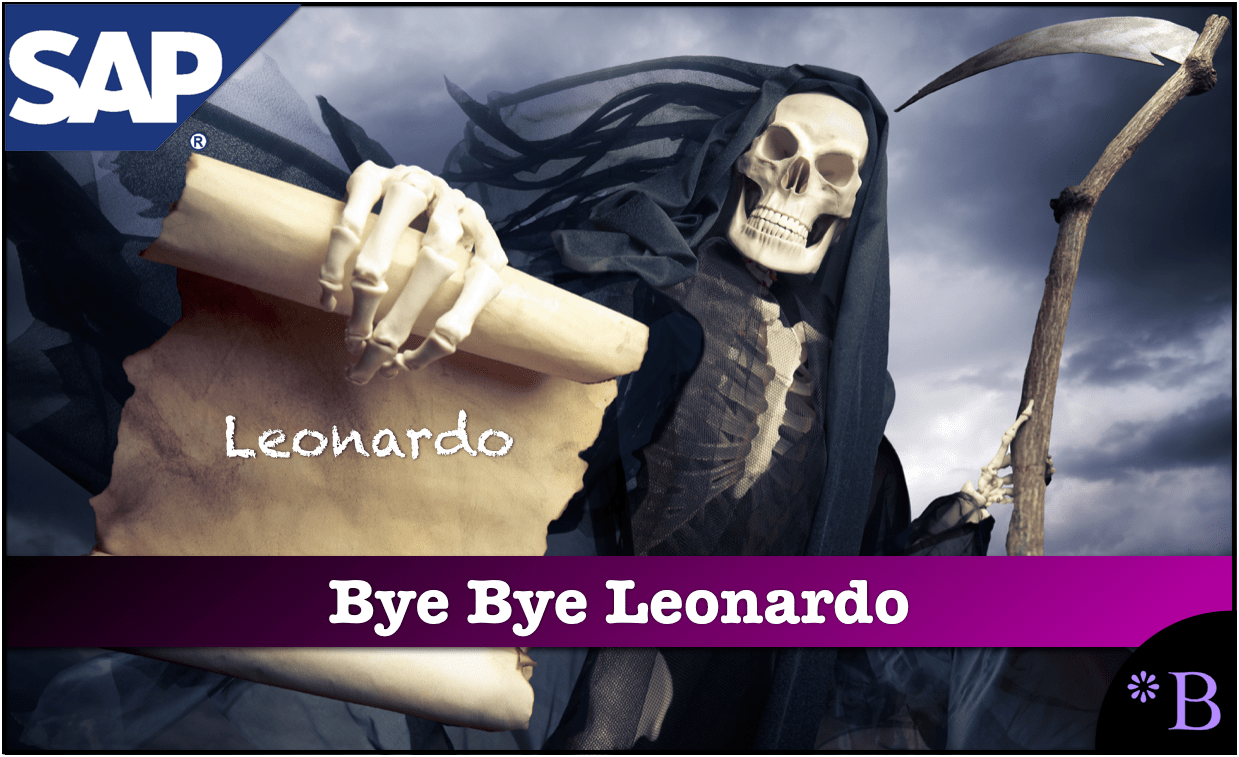 SAP Leonardo was introduced with great fanfare and quickly metastasized its footprint from being strickly for IoT into being for AI and several other things. There is a lot of question as to what Leonardo ever was. However, this is less important now than in the past as we have determined that Leonardo is now dead. Leonardo never made much sense, and Leonardo is a broad issue at SAP regarding failures with new product introductions. You will learn why we are calling Leonardo a dead solution in Feb of 2019. 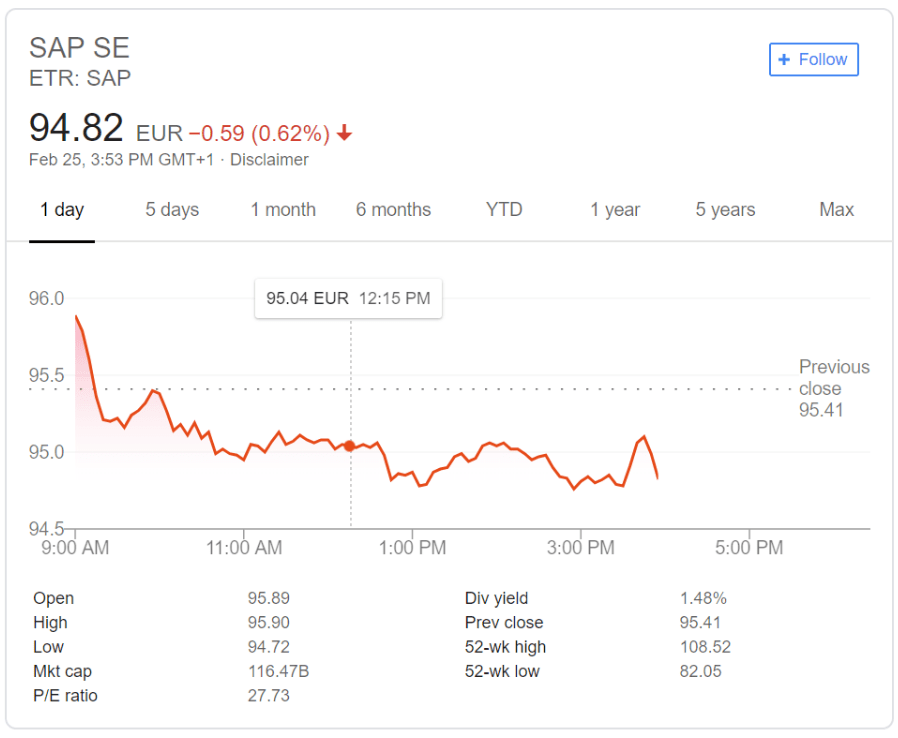 A year-long downtrend is too long to be seasonal.

In SAP’s case, analysts and investors see a problem with SAP’s product vision. Brinker Capital decreased its stake in SAP by 34.5%. SAP’s innovation centers around the “intelligent enterprise.” This innovation was expected to drive growth from S/4 HANA, Leonardo IOT and AI, and the SAP cloud platform (SCP). 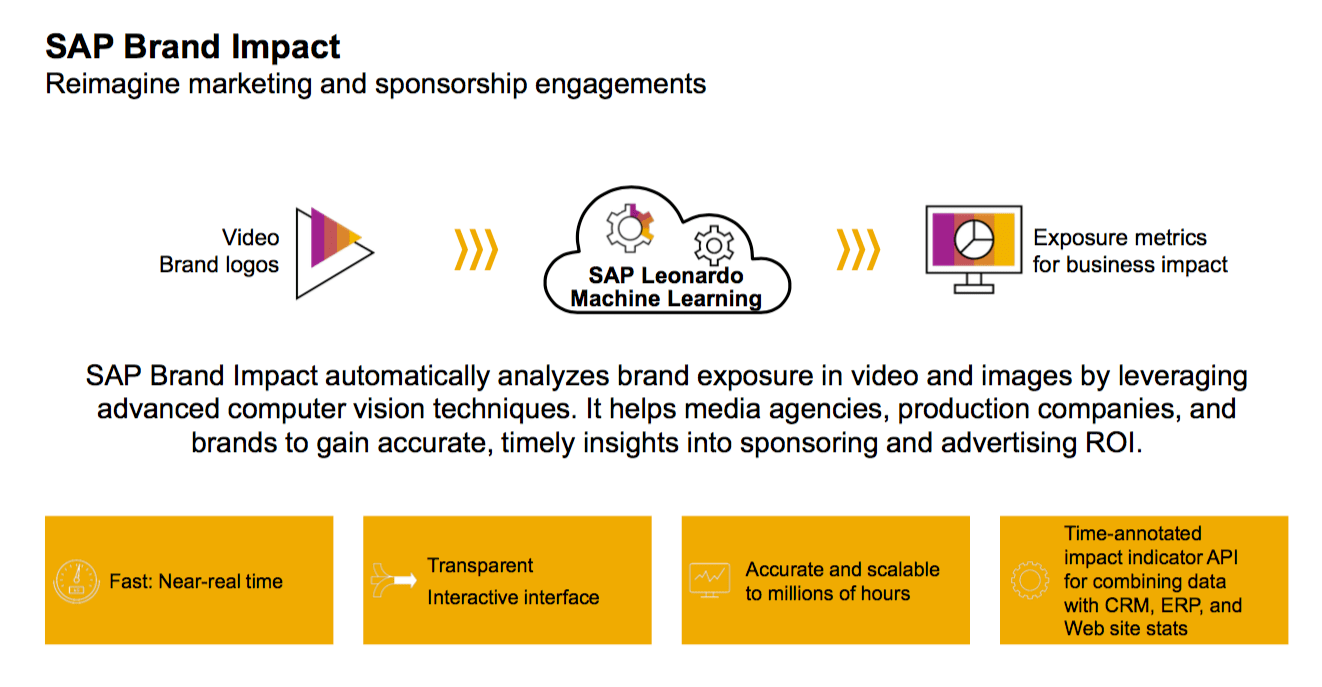 Is Leonardo for IoT or for analyzing Videos with Machine Learning? Is it all just the same thing?

The announcement said SAP would replace 4,400 employees with people who have artificial intelligence and machine learning skills. In other words, SAP is going to hire thousands of data scientists. That is all lot of hiring for a product area where SAP has a negligible footprint. Companies double down when they see signs of demand growth, not the other way around.

According to his LinkedIn profile, Leukert heads strategic innovation initiatives at SAP. His role is driving the development of new growth opportunities for SAP in the Internet of Things (IoT) and Industrie 4.0. He was the Godfather of SAP Leonardo and the concept of the intelligent enterprise.

Bernd gets into Leonardo 8 minutes into this video. Notice that Leonardo is connected to everything: Big Data, machine learning, and SCP. Nothing Bernd said about Leonardo turned out to be true.

SAP is resetting its product strategy. Leukert left SAP with immediate effect, and Michael Kleinemeier got an extension of his contract until 2020. S/4 real adoption is estimated at around 5%, and HEC is one foot out of the door. Leonardo is a complete flop and is no longer mentioned even by SAP’s mighty marketing machine. The layoffs are a global cull of underperforming teams across S/4HANA, HEC, SCP, and Leonardo product groups. SAP has decided to use Microsoft Azure for IoT instead of pursuing further Leonardo development.

Comparison of Brightwork Versus Other Sources on SAP

Bluefin Solutions has a history of giving exalted titles to individuals. This was the case when John Appleby was the “Global Head of HANA” before being promoted. Again, this has occurred with Brenton O’Callaghan being called the “Global Head of Leonardo” and having this title featured prominently at the top of the article. This is misleading because SAP has very little business from Leonardo, and it is unlikely that Brenton O’Callaghan has many projects he is managing.

O’Callaghan begins by making a rather strange statement, implying that Leonardo, a solution for IoT and ML, will speed implementations of SAP that are not associated with Leonardo.

SAP implementations are long, arduous, inflexible and costly, always have been, always will be”. Think again. Brenton O’Callaghan looks at why SAP Leonardo is setting a new level for all SAP implementations. As I reflect on SAP Leonardo, and the methodology it employs, I can’t help but feel that it was an inevitable evolution of the SAP world. I’d go as far to say that I suspect we’ll soon stop talking about it as a ‘thing’ and simply start living it in all aspects of SAP implementations.

It is unclear what is this methodology is specific to Leonardo or how it is so special. Even if the company does not implement Leonardo, will this supposed benefit of methodology be accessible to the other applications? If not, why not?

Because of Leonardo, SAP/Bluefin Solutions Will Now Listen to the User?

What we’re talking about, when we say Leonardo, is putting both the user and the business before the technology. It challenges us to listen to the user before proposing a solution and to be more imaginative in how we approach those solutions. At its very simplest level, it ensures we put the user at the center of our enterprise solutions, delighting them through simplicity and efficiencies that we expect today from any consumer application.

This is an interesting admission. It implies that SAP and their consulting partner network did not listen to users before Leonardo before proposing a technology. That would be news to hundreds of thousands of SAP consultants working in SAP for decades.

SAP is Disrupting Itself

Leonardo now gives us a tangible way of articulating a mentality shift that frankly must be applied to the SAP world. This is SAP disrupting themselves before somebody else does – and isn’t that what this is all about anyway! As my good friend, DJ Adams would say – disruption to allow disruption – that’s very meta!

This quotation is wrong in several ways. First, SAP implementations look about when I started working in SAP in the late 1990s. The mentality has not shifted. As with most consulting companies, Bluefin Solutions seeks to leverage information asymmetries to extract the most out of their SAP customers, as do all SAP consulting firms I have been exposed to over the years. Secondly, someone is disrupting SAP, and it is not SAP. It is AWS.

Leonardo has moved around quite a bit from its original scope. Leonardo started as an IoT platform and then gradually shifted to machine learning. Over time, it became increasingly confusing as to what Leonardo actually was. And in the machine learning area, it ran into the following issue.

Let take the MLR (Multiple linear regression). In fact, this MLR has a really simple formula based on matrix multiplications. However, you have to be able to define a matrix, transpose it, and find invertible matrix. Can you find just a mention of how to do those matrix operations in ABAP? In popular languages there dozens of libraries that can help you with matrix operations or that have MLR already implemented. This is one of the reasons why Leonardo fails – you cannot use ML or any advanced stuff without a solid ecosystem. – Denis Myagkov

Leonardo is the Focus of the SAP World?

So yes, SAP Leonardo is the focus of the SAP world for now, and I believe it is going to be a part of every major SAP implementation going forward. However, I also predict that we will eventually start talking less about it and simply start living it instead…. Who knows? Perhaps one day I’ll be writing ‘SAP Leonardo is dead’ because it’s just an everyday part of SAP, and that wouldn’t be a bad thing.

Leonardo was the focus (or one of the focuses) of the SAP world perhaps a year ago, but when Bluefin Solutions published this article in May of 2018, that had already not been true for a while. Leonardo was an emphasis point of SAP at SAPPHIRE 2017 (in June of 2017), but by SAPPHIRE 2018, it was barely mentioned. As for the “Leonardo Methodology” implied in the article where consultants now listen to users before recommending solutions, this is not even a discussion point on SAP projects.

This article contains so many problems. First, it tells the reader close to nothing about Leonardo, implying that its primary value is as a methodology. However, the author does not explain what this methodology is, instead merely suggesting that it is somehow not only good but transformational, and not only transformational to Leonardo implementations but SAP applications in general.

We predicted that Leonardo would fail way back in May of 2017 in Why Does Leonardo Seem so Fake? We covered some truly ridiculous claims around Leonardo in the article How Accurate Was SAP Saying Leonardo Ensures Frozen Ice Cream Delivery?

The marketing noise around Leonardo died. Now, it looks like the product that never was.