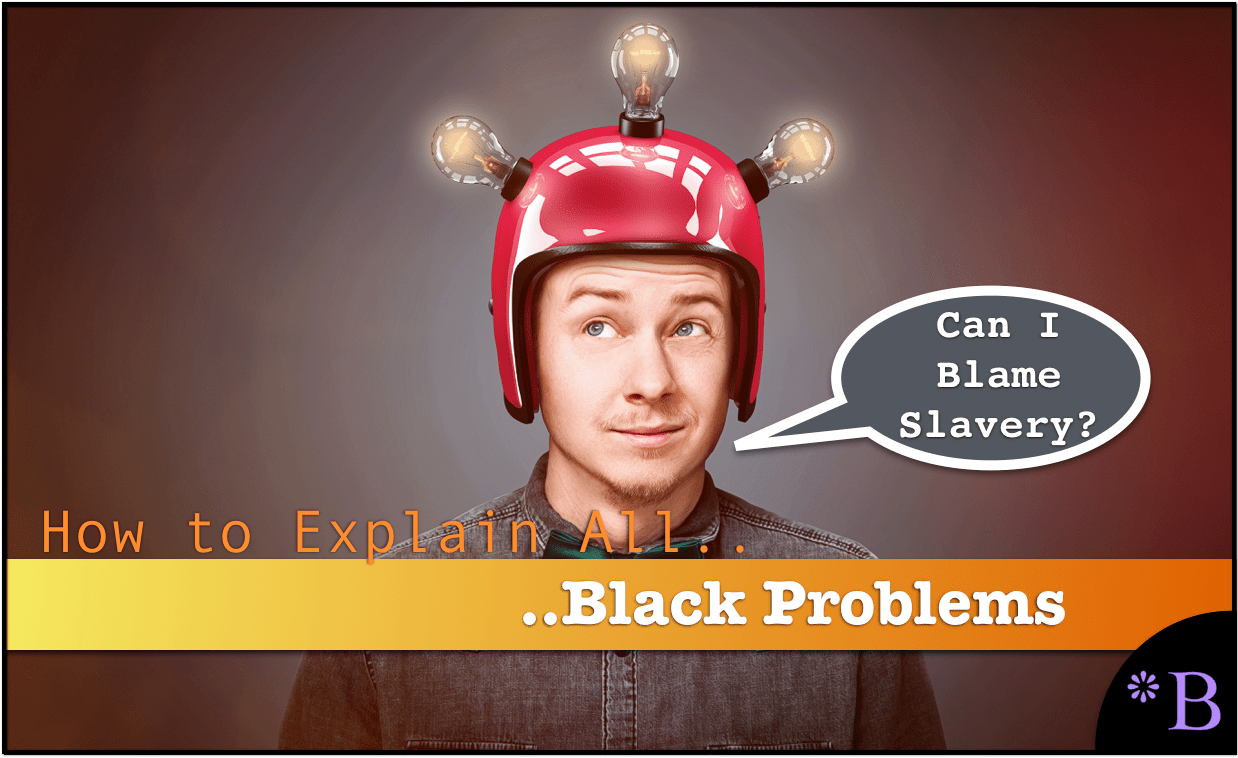 “It goes back to slavery,”

“It is due to the legacy of slavery”

is such a commonly used phrase by blacks, that its ubiquity by itself should be questioned. What is frequently the case is that when the claim is made, there is no evidence provided to support the assertion.

Non-blacks often feel compelled to agree with any assertion related to slavery by blacks, as not agreeing with the assertion is considered insensitive. And as we cover in the article, Why Do Most Blacks Consider Themselves Experts on Slavery? blacks, regardless of their education/research into the topic of slavery, will often present themselves as experts in slavery — based on their race.

The claim also has the benefit of making the person making the claim appear very learned — and then allows the person to deflect any critique from the behavior of people in their race.

Who is Russell Simmons?

Russell Simmons is a prominent black music industry producer. According to accusations, he is something of a Harvey Weinstein, although to a less egregious degree. 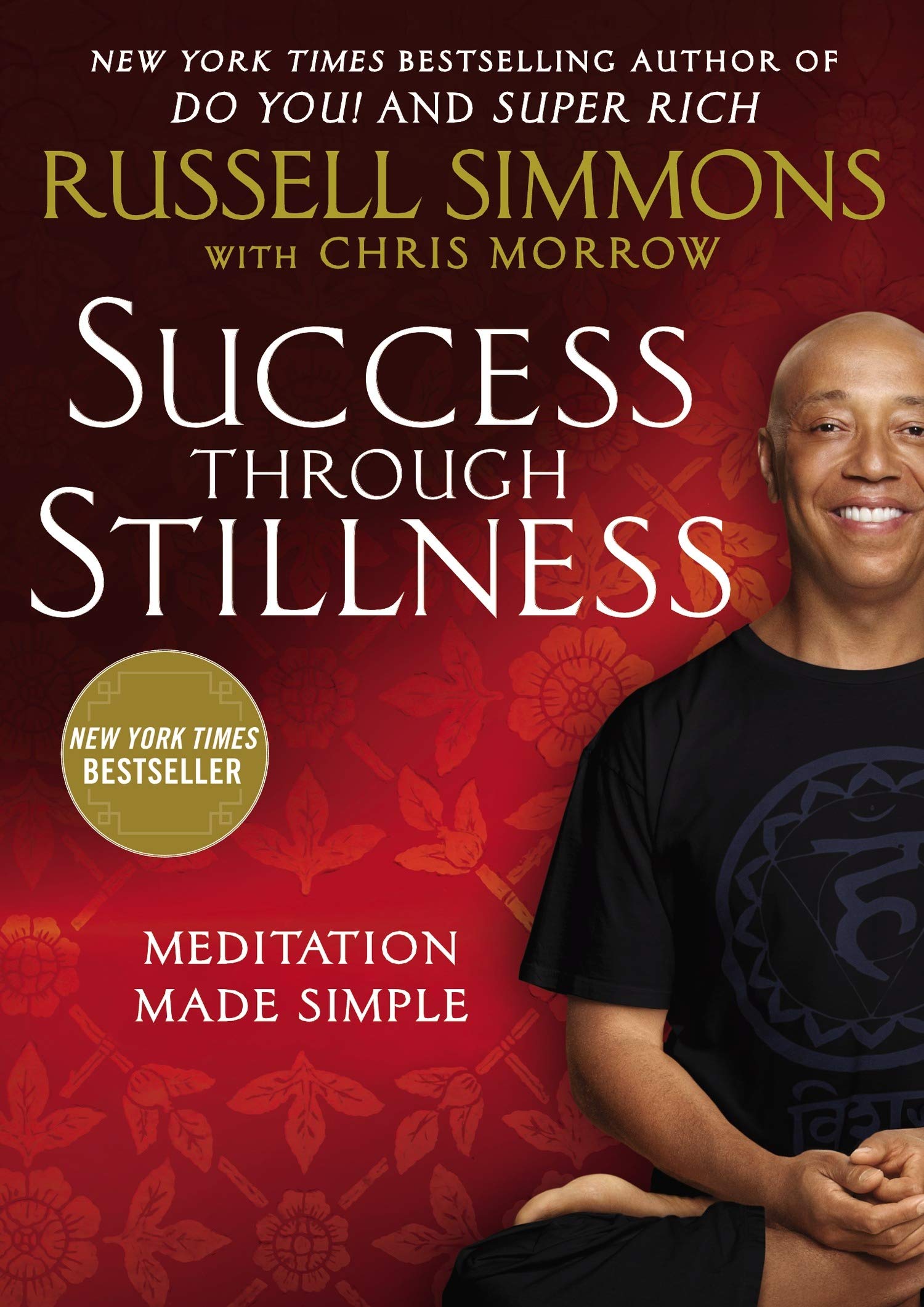 The multiple women that have come forward and accused Russell Simmons of raping them are highly credible. Russell Simmons was a bit a con man, and he showed that a person who enjoyed yoga and talking about achieving inner peace and tranquility could also be a likely serial rapist. 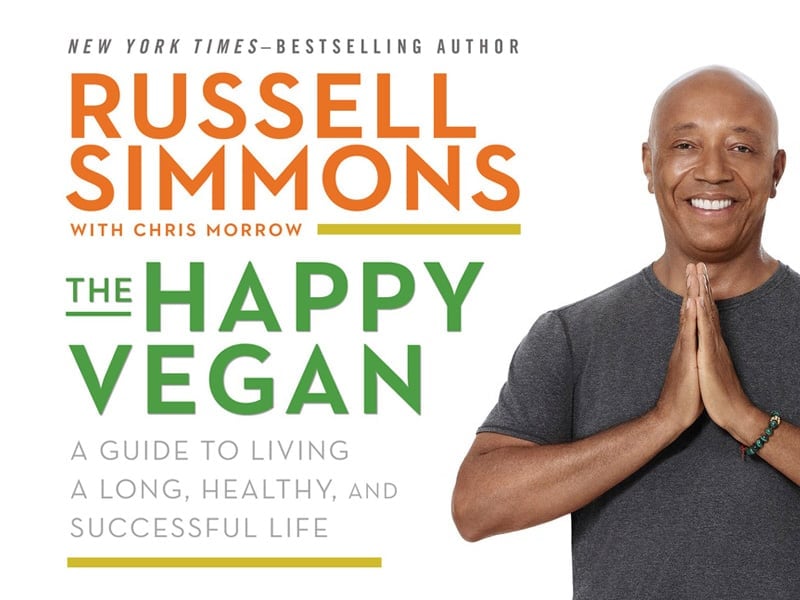 …and that one could also enjoy a vegan lifestyle, while serially using your position to rape your employees.

Example of Blaming a Black Problem on Slavery

In the documentary about Russel Simmons, who has been accused by multiple women of rape, a claim is made about the rape of black women by black men as being due to the legacy of slavery.

The following quote comes in at the 42-minute mark.

Lynching is a projection of black men as being dangerous.

This quote proposes that it was white projection that led to black men as being perceived as dangerous. However, as is covered in the video below, black men are far more likely to engage in rape and far more likely to commit violent crimes than not just whites but any other race. However, this person commenting, removes the agency from black men (even in the modern-day), because historically black men have been viewed as more dangerous.

The problem with this is that both today and historically, black men are more dangerous than men of other races. Thus the concept that this is some projection is inaccurate, as a projection describes an illusion or something not true. For example, it is not a projection that basketball players are normally tall. One cannot say that historically there has been a “projection” that basketball players are tall. In fact, in all of the quotes in this documentary, there is not a single reference to the far higher sexual violence rate and violence rate of black men. According, it appears, to these women being interviewed, all of the US crime statistics do not exist, and the higher violence level of black men versus all other races is some either slavery era or Jim Crow projection.

Furthermore, the black culture in the US at least is one of the most promiscuous. How do we know this? Well, blacks have the highest levels of children born from unmarried parents, they have the highest rate of women having children from multiple men, and men having children with multiple women (what many in the black community refer to as so-called baby-mamas). The famous segment “Who is the Father?” where multiple men take paternity tests in a talk show setting, came from black culture. The term “Booty Call” is….do I have to say it — came into the general vernacular from the black culture. Blacks have one of the highest focuses within the culture of promiscuous sex, which tracks with the highest levels of sexually transmitted diseases.

Anyone who has spent any time around the black culture knows this. Thes are not projections. They are quantifiable facts.

The rapper Ludacris, according to this song, had “hoes” in different “area codes.”

Black men are probably the only men I can think of that refer to their paramours as “hoes,” which is not a girlfriend, but a prostitute.

Is this all a projection? Did the Antebellum South, The Confederacy, or the KKK travel forward in time and make Ludacris record this song? Or rather, is this the culture of at least a significant portion of the black population?

This quote comes in at the 1:21 mark of the video.

When I was 26 years old my dad invited me on a trip to West Africa. And we went to St George’s Castle in Ghana. In the courtyard, the women were chained to a cannonball and they were selected to be raped by the governor or they were raped by the guards. These women had no right to say no for the rest of their lives. More than half the women were pregnant by the time they got on the boat. There was this little room, and there are scratch marks. And this is where the men, who attempted to defend the women were taken to die. Just the cruel intentional break down of the black male-female dynamic from the beginning. I understand the plunder of black men. And I understand the burden of black mane. But I also think its time for someone to acknowledge the plunder and the burden of black women.

This is a horrible story.

I need to now rape by employees to make up for these past wrongs?

The Commonality Rape in Africa

And there is another problem with this attempt to create a correlation, and that is that the countries of Africa have what is most likely the highest level of violent sexual crime in the world. And they rank as some of the worst countries to be a woman.

This video describes the epidemic of child rape in South Africa.

Kenyans seem to like to present a similar logic for their high levels of rape. The assertion by many Kenyans is that the violent acts perpetrated in Kenya are not the fault of those that perpetrate them but are the fault of the history of colonialism in Kenya. Kenya obtained its independence in 1962 — which is now 57 years ago.

So whether rapes are in the US by black men or in Africa by black men, either slavery or colonialism is primarily to blame.

Curiously, blacks seem more interested in talking about slavery of hundreds of years ago — while turning a blind eye to modern-day slavery.

Leicestershire MP Andrew Bridgen has told Sky News a “conspiracy of silence” has allowed factories in the city to continue to exploit workers over many years.

“You’ve got a systemic failure of all the protections in Leicester that would prevent this from happening,” Mr Bridgen said.

“I’ve estimated it’s around 10,000 individuals who are effectively in modern slavery providing garments for internet retailers.”

The claim comes on the same day a report based on police records found that across Britain there are at least 100,000 slaves.

The study by the Centre for Social Justice think-tank and the anti-slavery charity Justice and Care claims the issue is likely to intensify in the wake of the coronavirus pandemic.

Blacks in the US are extremely silent on the topic if slavery if that slavery is not the slavery of their ancestors. So modern slavery does not interest them. They need the narrative to be that the only slavery that ever occurred, occurred to their ancestors and only in the US. 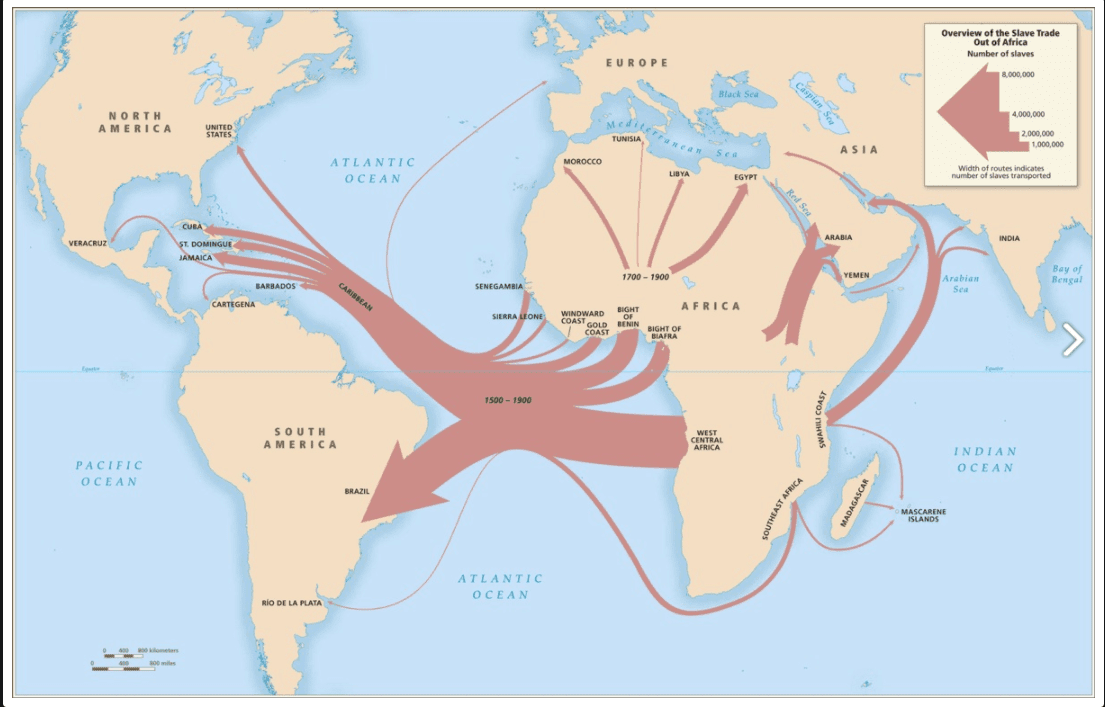 Around 3% of slaves in the Atlantic Slave Trade (which is only a small percentage of overall historical slavery) were sent to the US. Why is the other 97% sent to the Caribbean, Central, and South America ignored by US blacks?

Furthermore, as was alluded to earlier, if the black women in the Russell Simmons documentary don’t feel adequately protected from sexual violence in the US, they should try countries in Africa. There is very little justice in Kenya or South Africa. The silence of a mother of a raped baby was purchased in this video for roughly $250. Rape is often just accepted. The baby was raped because the witch doctor told him that he could cure his aids by having sex with a virgin. And he states that he “feels good” about the activity, even though the baby contracted AIDS because he has been feeling a lot better since he raped the baby.

Is the African justice system is also being remotely controlled by overseas white countries, who don’t have justice systems like this themselves? Yet are stopping African countries from reforming their system so that they prosecute rape?

What is the Actual Black Violent Crime Level

The claims about black mistreatment by the US criminal justice system fall apart when one observes the enormously high violent crime level of blacks versus all other racial groups.

Unless blacks are angry at other blacks for slavery and Jim Crow laws, the predation by blacks on blacks does not make any sense. Nearly all black advocates, BLM, etc.. do their best never to observe or discuss criminal behavior as described in the article above.

The logic for blaming both higher violence levels, but particularly black on black violence levels on the “legacy of slavery,” does not make any sense. Blacks seem to so revel in their special victim status, that they often don’t bother with whether the relationship they are proposing exists makes any sense before going ahead and making it. It appears at every turn, blacks are looking for someone else — preferably whites — to blame for activities that are by blacks on other blacks.

How is a black man raping a black woman or black man killing another black man related to the “legacy of slavery.” In other cases, black communities with very high gun violence have frequently fallen into the tendency to blame guns. As we cover in the article Is Gun Culture or Black Culture to Blame for Gun Violence?, if it weren’t for the black population in the US, the gun violence issue would nearly disappear from view.

Something little discussed by those that propose gun legislation is that black areas have low, not high levels of gun ownership.

As we cover in the article How Making False and Selective Claims is Part of a Scam by Black Americans, blacks have a long-running scam where they delude themselves and blame any of their activities on non-blacks. When confronted with contradictory data, they accuse anyone that would ask them for evidence of their claims of racism.

This is not a scam that the blacks in the US will give up easily, and at this point, it appears to be almost embedded as a reflex when blacks are faced with black problems. And something that is not very much discussed is that serfdom (what whites or Europeans lived under for thousands of years) was better than slavery, but as we cover in the article How Different Was Slavery from the Feudal System? not enormously better than slavery, yet it is unheard of for whites to blame their problems or crimes on a “legacy of serfdom.” Blacks have assumed the mantle of being the only group that has suffered or the group that has suffered the most. The focus on black slavery seems to take precedence over all other difficulties that non-blacks groups have faced.