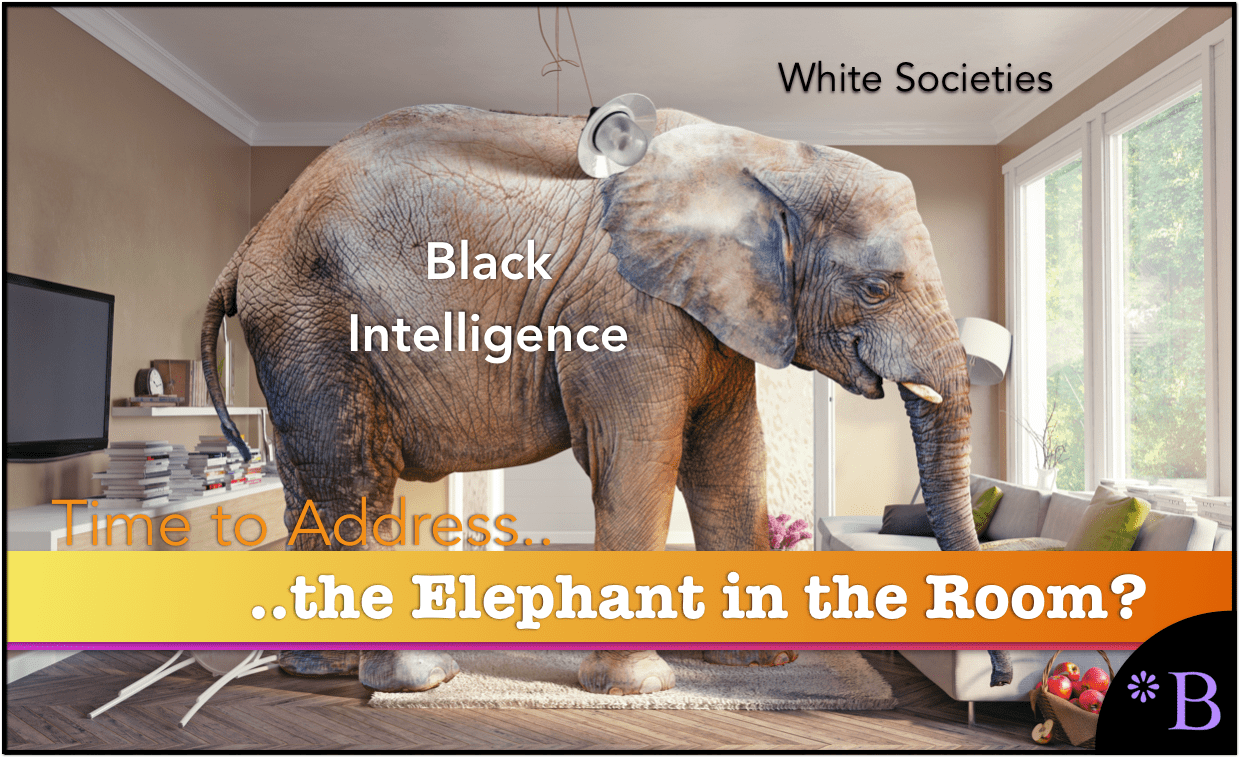 It is very politically incorrect to state that blacks have a lower intelligence on average than any other racial group. It is politically correct, but also true.

The following is an excellent explanation of black intelligence, and what the US will not admit.

This brings up the question of why so many resources are being invested in blacks in the US. Blacks continually state that their schools are failing them. But what if blacks are failing the US schools? Teachers report enormous problems in teaching black children.

This is covered in the following quotation.

In 2017 in Baltimore there were thirteen high schools in which not a single student tested proficient in math. Customarily this is blamed on poor schools, but every aspect of the Baltimore system, from the mayor to the students is controlled by blacks, and the per-student expenditure is high. Similar results from other cities–Detroit, Chicago–are common, normal, expected. – UNZ

This same school district did not perform like this back when Baltimore was predominantly a white city.

Low black and Latin American IQ scores bring down the average of the US, as their numbers are so large as a percentage of the population. The US’s average IQ is 98.

Blacks don’t only have low IQs on average in the US. Sub-saharan Africa has the lowest IQs in the world. 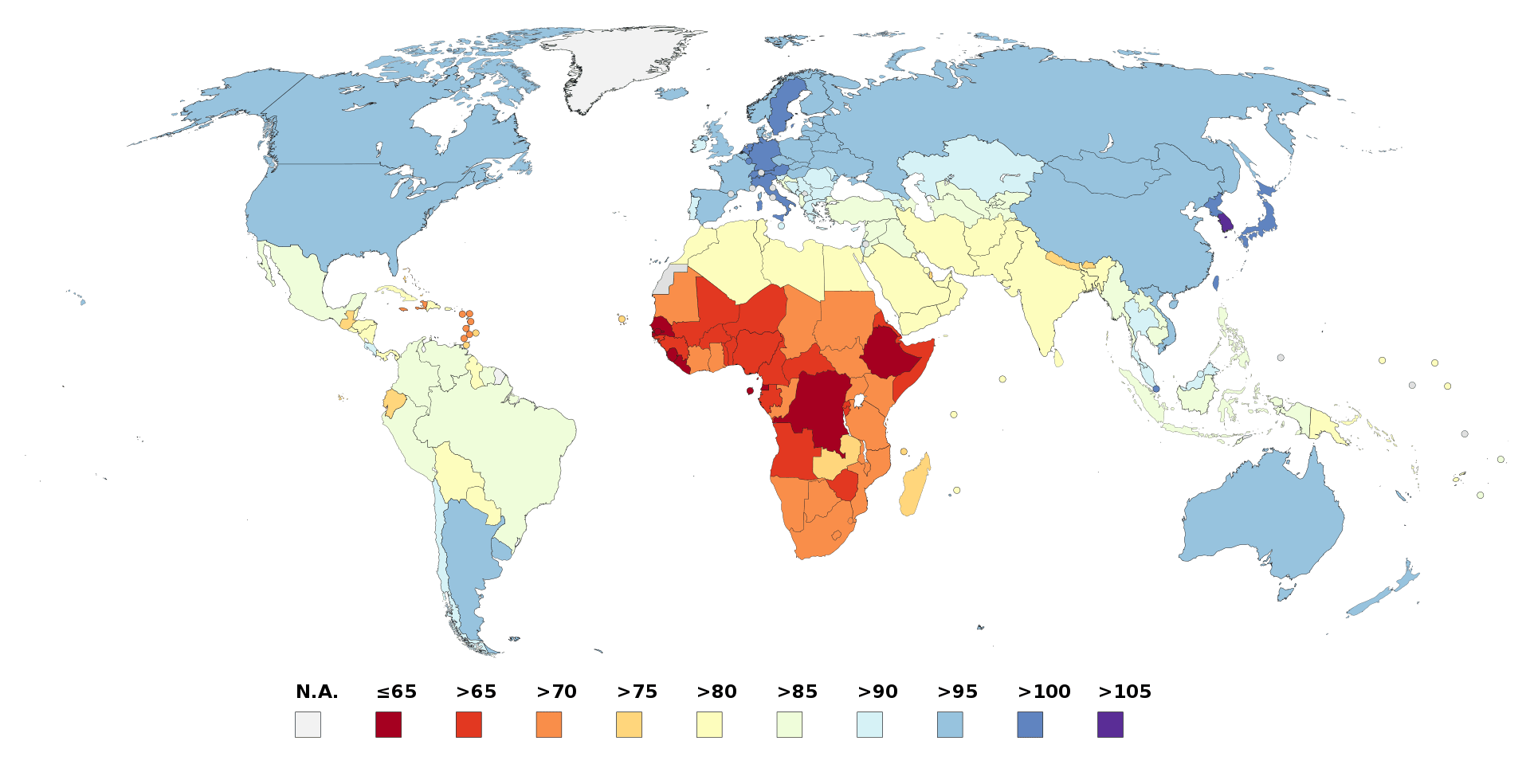 2006 estimates by Lynn and Vanhanen.

Notice how sub-Saharan Africa stands out for its low IQs.

The overall average is around 70. Blacks in the US have higher IQs than this — roughly 85. However, blacks in the US are first mixed with white genes, and secondly, they are educated in a white system. That is more or less. The more black the concentration, the worse the education — which is why blacks in the US continually want to get to more white schools and why whites want to get away from blacks in their schools.

What Can be Observed But Never Said

While scientists know what is going on with black intelligence, they are not allowed to say it. This is covered in the following quotation.

A storm, methinks, is just over the horizon: The genetics of intelligence, perhaps of behavior. Geneticists know that intelligence is largely genetic. They know better than to say so. But research advances rapidly. Laboratories close in on the responsible genes. Things like genomic-sequence correlation proceed apace. Within ten or fifteen years, I will guess, the genetics of IQ will be firmly established. If the results turn out as seems likely…then what? What does a pseudo-democracy do when clearly stratified by intellectual capacity?

The growing panic surfaced in the recent stripping of honors from James Watson, co-discoverer of the DNA helix. His sin? He said that the measured gap in intelligence between blacks and whites is genetic. For this he was silenced. It is science by fiat, Lysenkoism.

The hostility to genetics springs entirely from the fear that Mr. Watson will be proved right–that it will show blacks to be less intelligent than whites. Of course the politically correct don’t really believe in the intellectual equality of the races. If they did, they would welcome genetic research as a way of establishing the equality. You do not fear investigation unless you suspect it will give the wrong answer.

The persistent explanation of lower average black intelligence as been that either whites are at fault (for not teaching them in the school system) or that blacks are at fault. However, much of IQ is genetic. And there are differences in IQ by region. One of the great differentiators in how races score on IQ is the temperature of their environment.

Is intelligence dependent on the climate?
Since 1991 there has been the presumption that persistent heat affects the IQ over generations. It was initially assumed that living in lower temperatures requires a higher physical fitness and causes higher social demands. Richard Lynn, a professor at the University of Ulster in Northern Ireland, also assumes that the colder temperatures increase the brain volume. Whether brain size is at all related to intelligence, is controversial.

In general, a hot climate is considered a disadvantage for the development of intelligence. The reason is nowadays primarily seen in the high physical energy demand and the resulting stress. – World Data

Therefore the issue is the rejection of biological fact, not either blacks or whites.

The Impact of Infectious Diseases

One paper proposes that the need to fight infectious diseases reduces the ability to evolve intelligence.

In this study, we hypothesize that the worldwide distribution of cognitive ability is determined in part by variation in the intensity of infectious diseases. From an energetics standpoint, a developing human will have difficulty building a brain and fighting off infectious diseases at the same time, as both are very metabolically costly tasks. Using three measures of average national intelligence quotient (IQ), we found that the zero-order correlation between average IQ and parasite stress ranges from r = −0.76 to r = −0.82 (p < 0.0001). These correlations are robust worldwide, as well as within five of six world regions. Infectious disease remains the most powerful predictor of average national IQ when temperature, distance from Africa, gross domestic product per capita and several measures of education are controlled for. These findings suggest that the Flynn effect may be caused in part by the decrease in the intensity of infectious diseases as nations develop.

Lynn (1991) and Rushton (1995, 2000) proposed that temperature and climate provide important Darwinian selective pressures for intelligence, with cold climates selecting for higher intelligence, because low temperatures provide more fitness-related problems for humans that must be solved through cognitively demanding means, and through more complex social organization.

We see this conclusively in the map of IQ.

Notice the differences between North and South Asia, for example. There is not a single indigenous South Asia country with a high IQ, and the North Asian countries have the highest IQs in the world. (Singapore is an exception, for while it is located in South Asia, it is 70% Chinese).

At least, not the great majority of them.

There is no accounting being performed in US policies for this reality. The current strategy is to provide long term subsidies to blacks, — to tell them the only thing holding them back in society. This is obviously false. This comes from a rejection of biology and from the belief that biology is a small factor in human societies, and societies or socialization is the primary factor. This is also a view held by those with the least understanding of biology.

The entire US history of integrating blacks into the larger white society, particularly after the 1960s, has been an obvious failure. And it failed because it was based upon wishful thinking, and did not take into account the ways in which blacks are genetically and culturally not the same as whites.