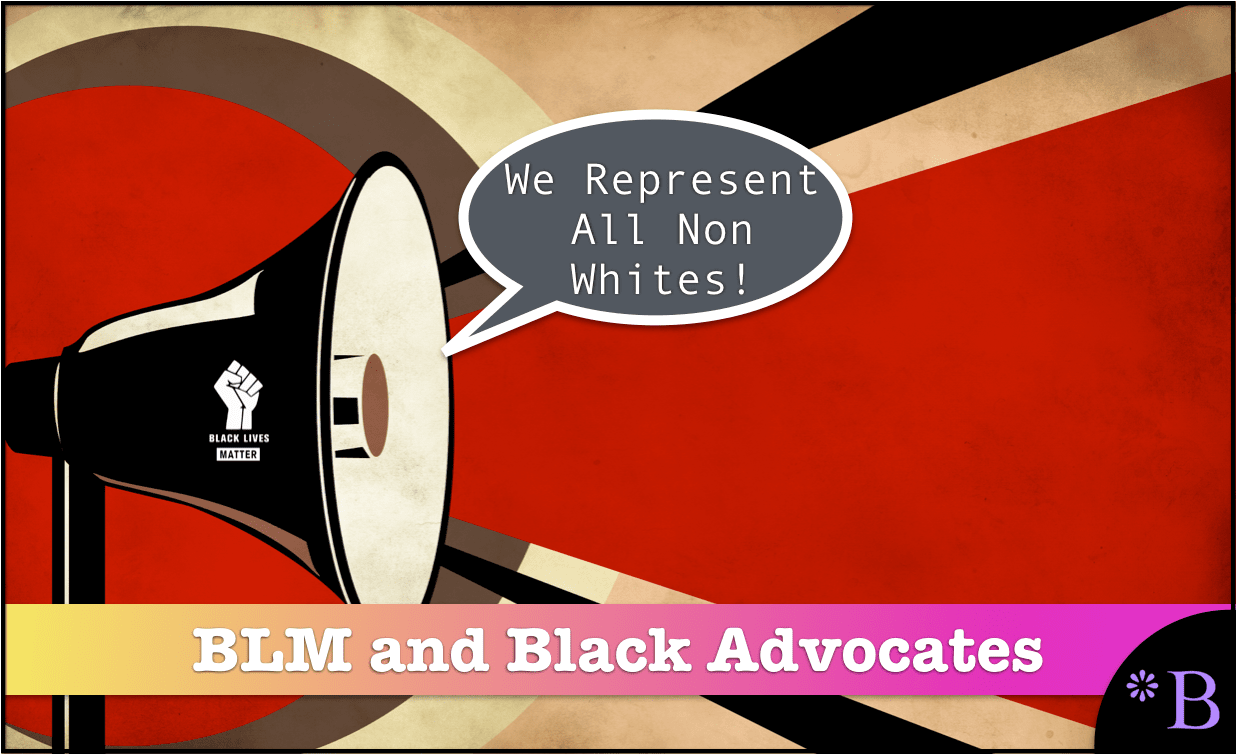 One of the significant features of the BLM and black advocate movement has been to present illusory solidarity with non-whites, and a construct that they speak for all non-white groups as they advocate against the white population. This phraseology has taken the form of…

“I speak for black, brown, and other people of color.”

This sets up a false dichotomy where all none whites are supposedly in support of both black advocacy and BLM goals — which include eliminating borders, eliminating police, and lobbying against the nuclear family.

Visiting Blacks are Positive That Alberta is a Hotbed for Racism

In these protests, blacks came from outside of Alberta, where there are very few blacks to protest about discrimination in Alberta.

Once again, as they could not point to blacks being mistreated in Alberta, so they needed to concoct some type of victimization story. One of the protesters proposed she was fighting for indigenous people in Canada, and “lending her voice.” However, are blacks the singular representatives of all non-white groups? What if the Chinese began attending protests declaring they were “lending their voice” for blacks, where blacks were not even present?

How well would that go over in the black community?

We just observed from “gelato-gate,” (as we cover in the article A Canadian Firm Makes a Racist Black Lives Matter Gelato Which Oppresses Black People, that black advocates don’t even like non-blacks introducing a Black Lives Matter flavor to raise money for black causes. Therefore, when someone “lends their voice” for their cause, its oppression. However, when they do it, it has nothing but positive connotations (apparently).

When interviewed, individuals who were not white did not indicate that they felt discrimination living in Alberta. However, no matter outsiders run by BLM knows better about who feels discrimination than the individuals themselves.

Are black advocacy groups up to speed on the issues with indigenous people?

I thought the argument was that no white person could understand blacks as they had not walked in their shoes — hence the necessity for “humility.” Then why is it that blacks can walk in the shoes of indigenous people? Do indigenous people agree with this?

One of the biggest issues for Native Americans in the US in the past few years has been the Dakota Access Pipeline. However, in all of the protest videos I watched, I saw virtually no black people at these protests. There were far more whites showing common cause against the big monied oil companies with Sioux.

Blacks Are Offended by the Use of Indian Names for Sports Team…on the Part of American Indians?

The Washington Redskins changed their name under pressure, but not pressure from American Indians — who mostly either have no problem with or like the name, but by blacks, who find the name offensive and lobbied against it.

Even when asked extremely leading questions, which could be expected to lead to positive responses, it is difficult to find American Indians who oppose the use of Indian names and imagery for sports teams. There are a few, but the overwhelming majority consider the use of the Indian names as a sign of respect. Those that would be offended by such sports teams’ names may want to consider that sports teams are named after powerful or praiseworthy elements. Most of the names for Indian sports teams leverage off of the reputation of the bravery of American Indians.

How is it that blacks can be offended on behalf of American Indians? This is how blacks have assumed the mantle of speaking for other groups that they have nothing to do with.

Why won’t BLM and black advocates protest against the removal of the Notre Dame Fighting Irish mascot? It reinforces the racial stereotype that the Irish like to fight and that they dress up as leprechauns.

I am roughly 1/2 Irish, and I am highly offended by this vicious stereotype. 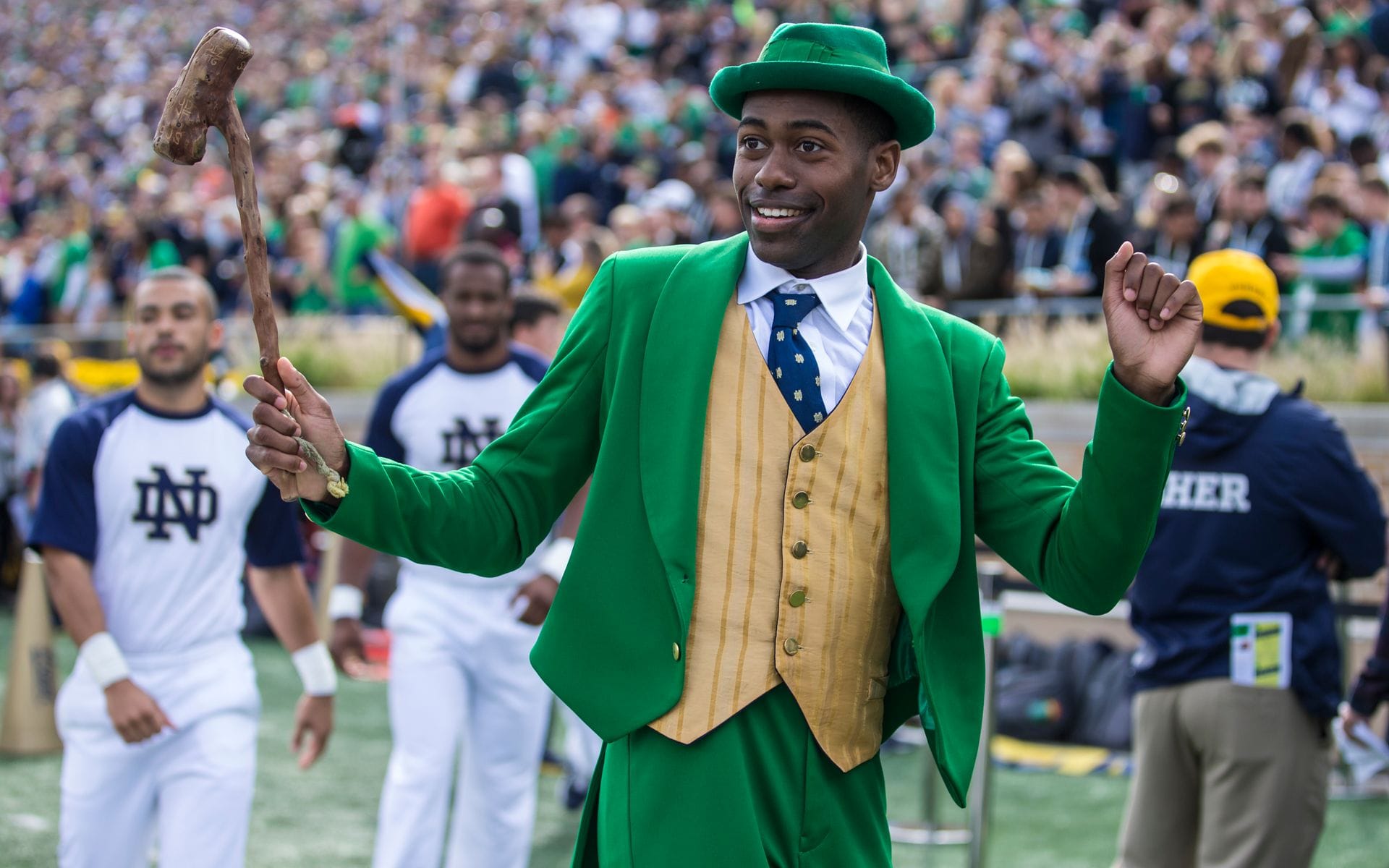 Look at this! This is cultural appropriation!

BLM needs to represent this man, as it is a double racial stereotype…..and also confusing. It looks like blacks now want to dress as the Fighting Irish mascot. Perhaps this man is part Irish. 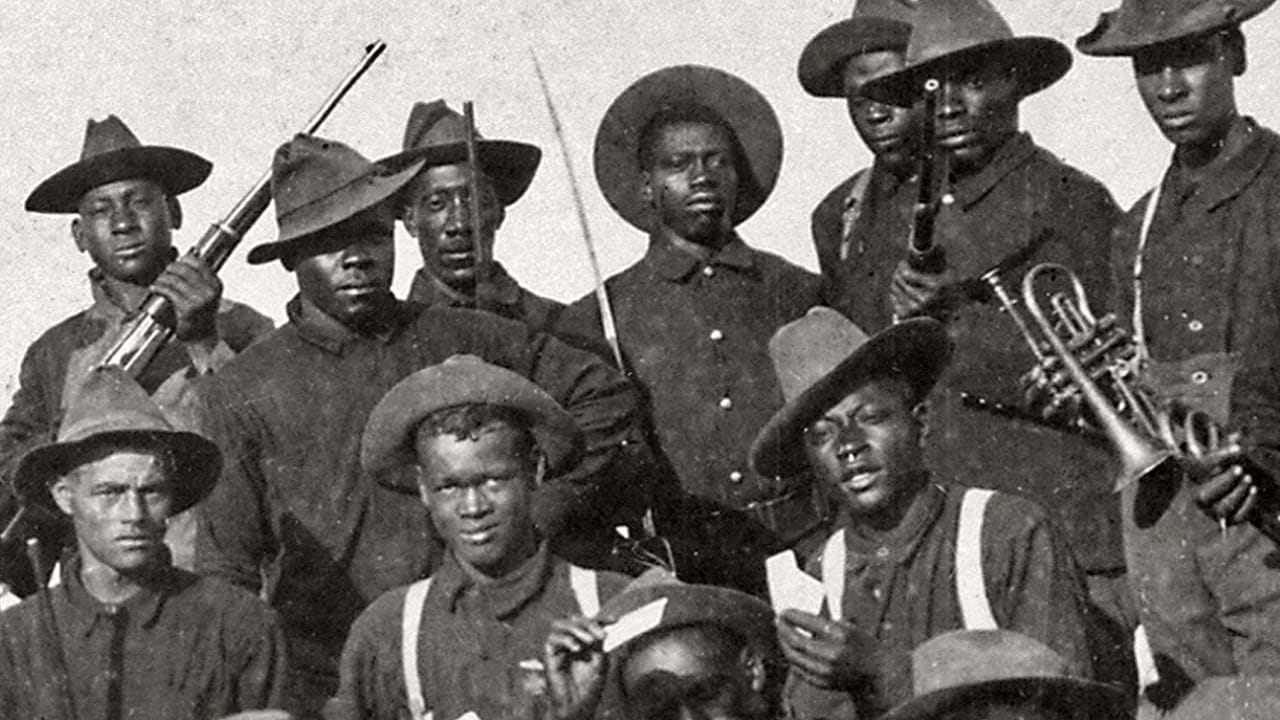 The Problem With the Buffalo Soldiers

How far back does this affinity for coopting the claims by indigenous people by black advocates go? The following is an explanation of how the Comanche and Kiowa viewed black US Cavalry units called “Buffalo Soldiers.”

The Kiowa have no love for the historic ‘Buffalo Soldiers’. They have not forgotten that because in those ‘Indian War’ times there was war between the Kiowa people and their main source of commissary the buffalo and the white men. The white men built forts in the Kiowa country, and the Negro soldiers (the Tenth Cavalry, made up of Negro troops) shot the buffalo as fast as they could, but the buffalo still kept coming on, coming on, even into the post cemetery at Fort Sill. Soldiers were not enough to hold them back. – American Indian Source

And what many of the Buffalo Soldiers thought about Indians they fought.

On the other side, it is worth noting, at the time and later, black soldiers writing in pension requests and veterans’ newspapers showed no signs of a special regard for the Indians.

And as did white soldiers, Buffalo Soldiers helped bring the plains buffalo close to extinction, as a method of removing the food supply of the plain American Indians.

The Kiowa have no love for the historic ‘Buffalo Soldiers’. They have not forgotten that because in those ‘Indian War’ times there was war between the Kiowa people and their main source of commissary the buffalo and the white men. The white men built forts in the Kiowa country, and the Negro soldiers (the Tenth Cavalry, made up of Negro troops) shot the buffalo as fast as they could,(emphasis added) but the buffalo still kept coming on, coming on, even into the post cemetery at Fort Sill. Soldiers were not enough to hold them back. – American Indian Source

Hmmmm….is that the basis for unity?

Black soldiers, paid by the US Government, helped conquer Indian lands. They were not in solidarity with “indigenous people.” And they generally held American Indians in the same low regard as did whites. Black advocates may say that they had no choice — as the Buffalo Soldiers were just pawn in the US Cavalry. However, white soldiers could make the exact same claim. And the letters of the Buffalo Soldiers indicate a belief that the American Indians should be dispossessed of their lands and also that the American Indians were savages. Therefore, it was not just a matter of “following orders.”

Interestingly, if you listen to black advocates, they routinely propose that whites stole the land of the American Indians, and blacks had nothing to do with this. No doubt, pointing out the factual involvement of the Buffalo Soldiers against American Indians is some type of racism.

Black outrage groups are increasingly looking like grifters that specialize in being professionally outraged. Other non-white groups have no reason to voice their views because a single group — blacks now represents all non-white groups. That is, business is good in the professional victimization-outrage business, and this means appropriating the victimization of other groups to make the business even better.